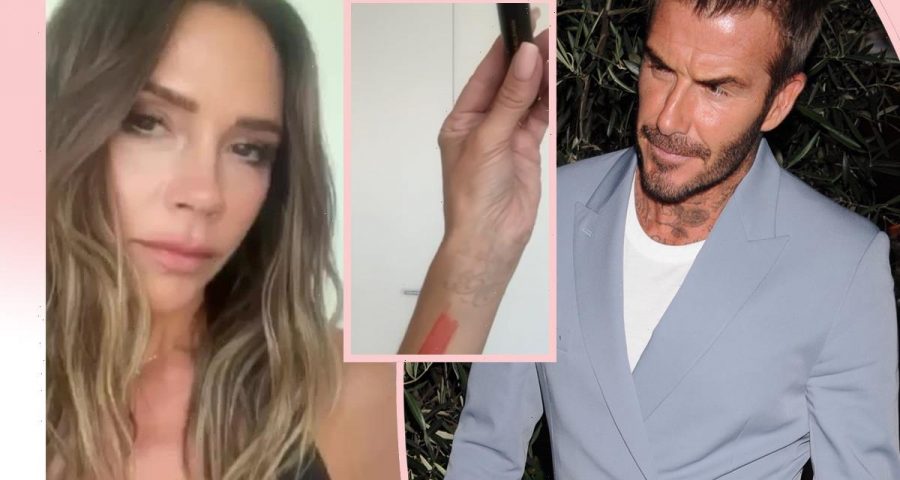 Is yet another celeb marriage in trouble? That’s the worry among fans of Posh and Becks after something they noticed on social media this week…

Longtime fans of the couple will know that while David Beckham is covered night head to toe in tattoos, Victoria Beckham has always just sported a couple little ones. Importantly, one of those was a gorgeous cursive DB — her hubby’s initials — on her wrist.

But the fashionista shared a video on Saturday that changed everything. She only intended to show off how her new shade of Bitten Lip Tint can be applied in layers.

Did you see it? Or were you enjoying that shade? Eventually some viewers noticed something in that tutorial — how her DB tattoo had almost completely disappeared! 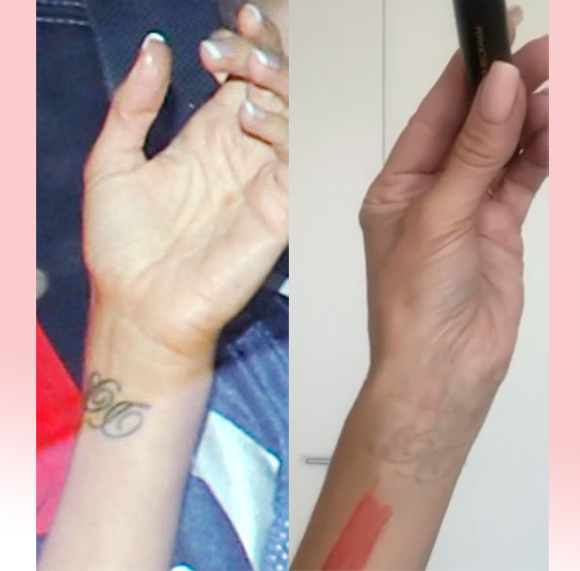 It’s pretty obvious the Spice Girls singer is removing the tattoo. And naturally that got the public red in the face — and not because they were giving her new lip color a try! There was feverish speculation the Beckham dynasty might be coming to an end!

Folks worried Posh removing the tattoo was a sign that something was going on with her marriage. After all, she is in a way erasing DAVID from her skin! It wouldn’t be the first time we’ve seen a celeb remove a tattoo of their significant other as a major clue they were breaking up. Heck, it happened with Sylvester Stallone and his wife Jennifer Flavin just a couple weeks ago! (Though in a messy twist, they ended up getting back together AFTER he covered her face with a dog’s…)

We haven’t heard anything about trouble in this particular paradise of late. No issues in their relationship anyway, all the drama has been between Victoria and her daughter-in-law. But that’s a completely different story. If anything they’re still acting like a couple teenagers!

So what’s the deal??

TMZ saw the fervor online and reached out. They report sources close to the couple deny there are any marital problems whatsoever. They say Posh just decided tattoos weren’t for her — and she’s been slowly removing all of them!

That actually makes a lot of sense. In fact if you go back a bit on her feed, it’s not even the first one where you can see the DB is disappearing, not even close! Here’s one from back in June!

If she’s been removing her ink for months, and there’s been no talk of splitsville, we think we can comfortably say these two are doing just fine.