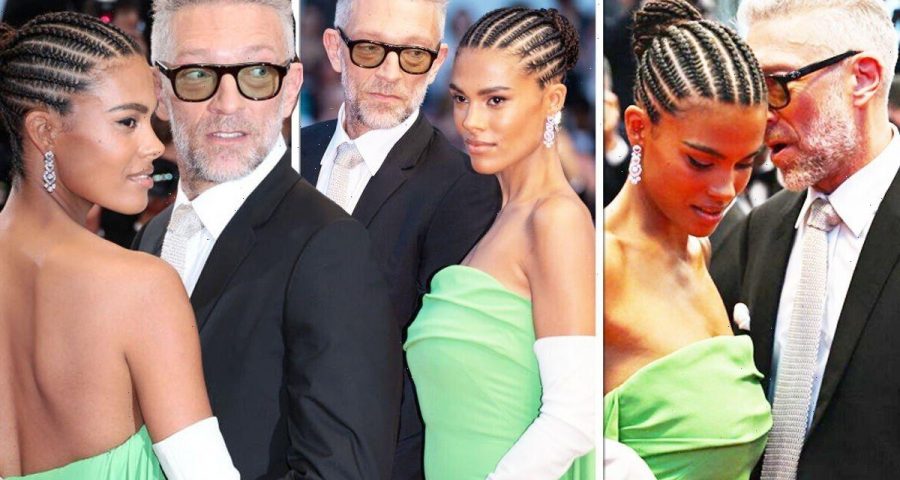 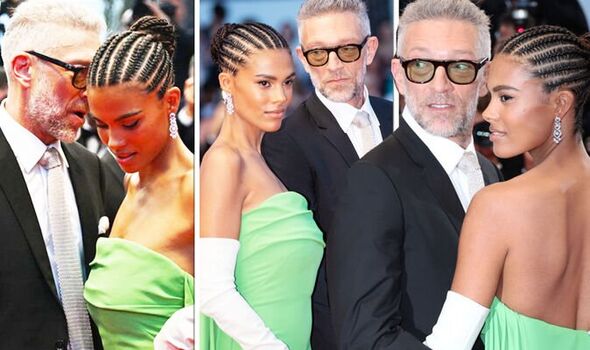 Vincent and his wife Tina put on a loved up display at Cannes Film Festival.

Vincent Cassell, 55, and his model wife Tina Kunakey, 25, took to the red carpet arm in arm at the 75th Cannes Film Festival on Monday.

The couple, who have been happily married for four years, gazed into each other’s eyes as they posed up a storm at the star-studded event.

The pair attended the premiere of Crimes Of The Future.

Tina ensured all eyes were on her in a striking green strapless gown that trailed behind her.

The beauty oozed confidence in a pair of white silk gloves which came above her elbows and dazzled in a pair of drop earrings.

Tina styled her dark tresses back in a chic up do with several braids while showcasing her beauty wearing a radiant palette of makeup.

French actor, Vincent looked equally chic in a black suit adding a crisp white shirt to the black ensemble and he opted for a woven cream tie.

The couple couldn’t keep their hands off each other as they posed for pictures.

Vincent and Tina married in a private ceremony at the city hall in Bidart, south-west France, in August 2018.

The French actor is best known for his roles in Black Swan and Jason Bourne.

Vincent and his wife Tina tied the knot in August 2018.

Vincent looked smart in a black and white suit while Tina wowed in an elegant green gown.

The couple, who have been happily married for four years, gazed into each other’s eyes at the event.

Vincent Cassel and Tina Kunakey posed up a storm at Cannes

The couple couldn’t keep their hands off each other as they posed for pictures.

Vincent Cassel is an actor and Tina Kunakey is a model

The couple looked glamorous as they attended Cannes Film Festival,