Congratulations are in order! Kathie Lee Gifford revealed that her son proposed to his longtime girlfriend over Mother’s Day weekend.

The Today show alum, 65, made the announcement on Sunday, May 12, through Instagram. The picture showed Cody Gifford and his girlfriend, Erika Brown, kissing as she flashed her sparkly new engagement ring.

“My son is engaged and I couldn’t be happier for him and @missamerikabrown,” Kathie Lee wrote.

The TV host’s big reveal attracted excitement from famous pals such as Jenna Bush Hager, who commented that the news was “the best.” Maria Shriver, an author and journalist, simply wrote, “Yipppee.” 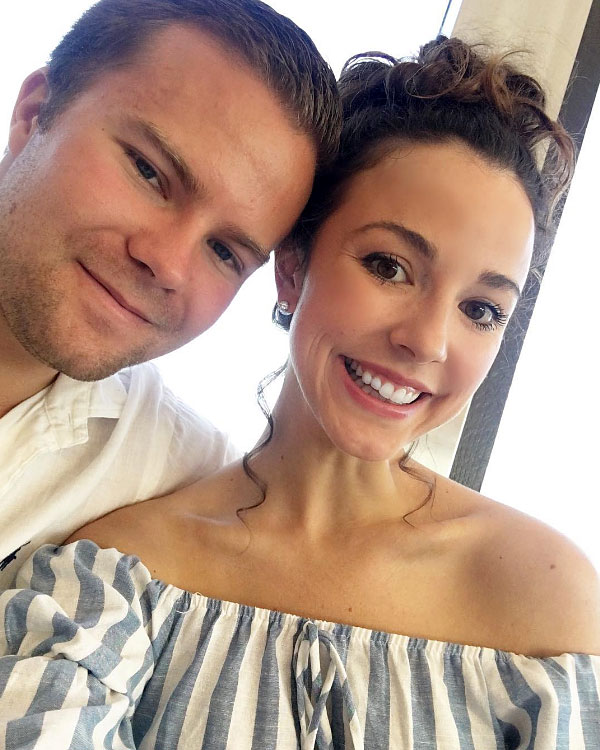 Cody, 29, has been dating his soon-to-be wife, 27, since 2013. She shared the exciting news with her Instagram followers on Sunday.

“Ring around the rosé,” Brown wrote, captioning a photo that showed her all smiles as she embraced her now-fiancé. She held a glass of rosé in the picture while showing off her diamond ring. Her post also included the hashtags #TheBestGifft and #LoveIsTheGreatestGifft, which included the letter F twice as a play on her soon-to-be surname, “Gifford.”

Brown’s Instagram announcement brought about celebrity attention as well. This Is Us’ Chrissy Metz offered up a simple “CONGRATULATIONS.” Journalist Lauren Scruggs Kennedy, who is the wife of E! News host Jason Kennedy, wrote how she was “so excited for” the couple.

Brown appeared to be surprised by the proposal. In her Instagram Story, she disclosed further details about the big moment that seemingly indicated she wasn’t expecting to become an engaged woman.

“What started as a fairly normal weekend has turned into the BEST EVER. Couldn’t be happier,” she wrote on Sunday, captioning an Instagram Story post that featured a bottle of champagne and chocolate covered strawberries. “The biggest thank you to everyone for your support and thanks pops for just sending this.”

Brown concluded what she referred to in her Instagram Story as the “#BestWeekendEver” by attending a Florence + The Machine concert on Sunday at the Santa Barbara Bowl in Santa Barbara, California. She quoted a line from the English band’s song “Patricia,” which goes: “It’s such a wonderful thing to love.”