Sabrina has had to go up against a ton of terrifying foes in her time, from world-destroying pagans to the devil himself, but the fourth and final installment of Chilling Adventures of Sabrina will pit her against monsters that are seemingly impossible to overcome. These cosmic abominations are called the Eldritch Terrors, and they have a long history in horror dating back to the works of H. P. Lovecraft. So, just what are the Eldritch Terrors in Chilling Adventures of Sabrina? Here’s everything you should know about the unfathomable forces trying to take down Sabrina.

Throughout Part 3 of CAOS, a mysterious egg discovered by Father Blackwood caused some time-traveling mayhem for everyone in Greendale, and in the finale, Blackwood finally cracked the egg, seemingly summoning the Eldritch Terrors.

The term "Eldritch" is widely associated with the monsters created by horror author H. P. Lovecraft, referring to a type of creature that defies human understanding by refusing to conform to the natural laws of the universe. Basically, these are godlike monstrosities, the likes of which Sabrina has never had to face before.

Spoiler alert: This post contains spoilers from throughout Chilling Adventures of Sabrina Part 4. The final season pays tribute to Lovecraft by having Blackwood adopt his name as a pseudonym in his church devoted to the Eldritch Terrors, and he sicks eight of these Terrors on Sabrina and her friends over the course of the season. Here’s a look at each of the eight Terrors they face: 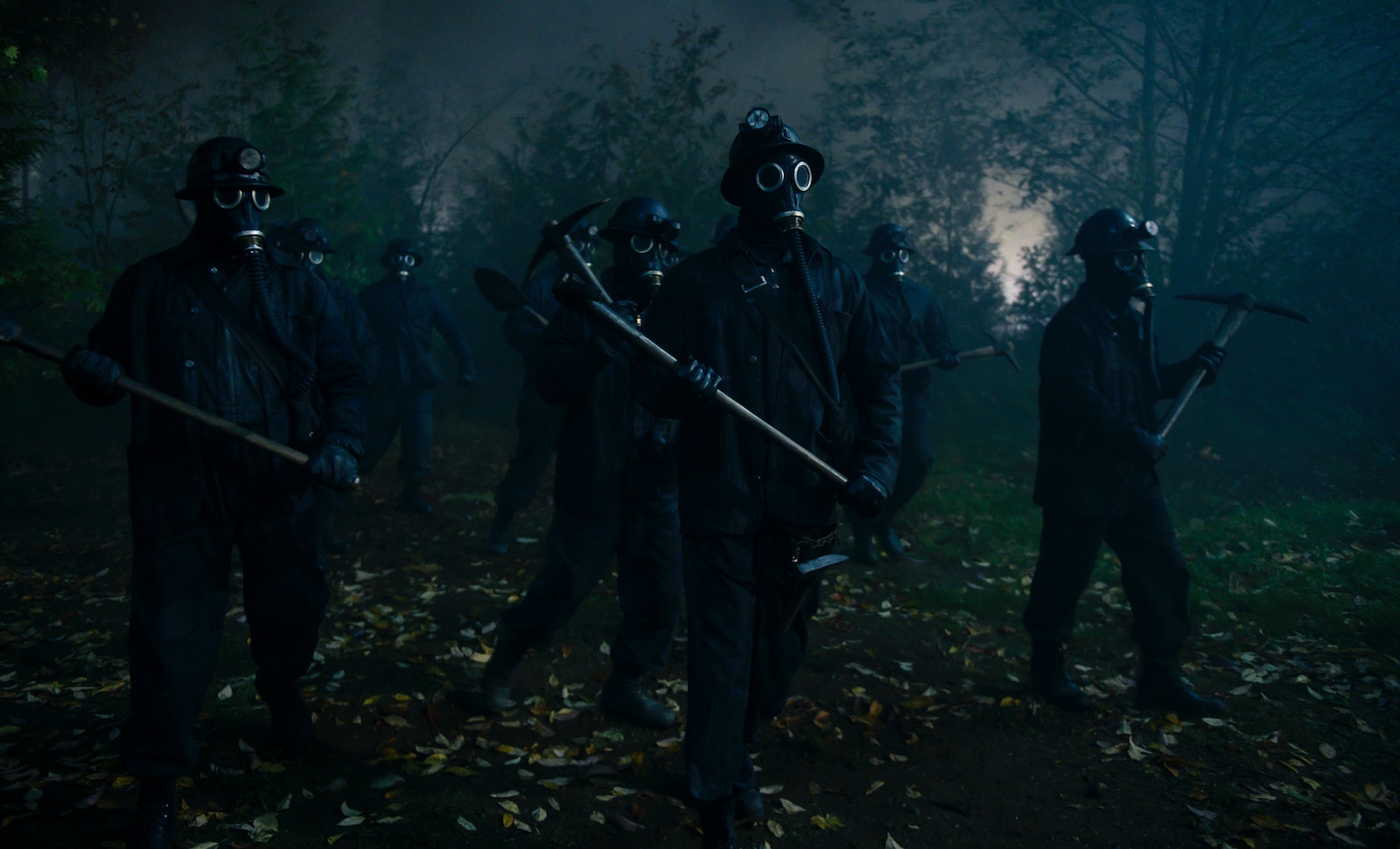 The first Terror is a natural choice for Chilling Adventures of Sabrina, as the series loves to upend biblical lore. While God’s first creation in the Book of Genesis was light, the first Eldritch Terror to usher in the rest is The Dark, which takes the form of masked miners. The Terror not only literally creates darkness by destroying all light, but it also spreads depression, apathy, and fatigue to those who get close to it (sort of like the dementors in Harry Potter).

The second Terror operates on a simple concept that borrows a bit from vampire tales. Simply put, The Uninvited appears as a beggar asking for shelter, and will tear out the hearts of those who refuse it.

The Weird is definitely the Terror most closely modeled after Lovecraft’s best known works, appearing as an octopus-like creature very similar to Lovecraft’s most famous monster, Cthulhu. It is also the Terror with the clearest basis in one of Lovecraft’s works, as its episode makes numerous references to his 1936 horror novella The Shadow over Innsmouth. In Sabrina, The Weird has parasitic mind-control abilities that it uses to assimilate large groups of people.

The Perverse is another Terror used for a simple gimmick in Sabrina: granting one reality-bending wish to anyone holding it. Really, the episode in which it is featured is more about Blackwood than The Perverse itself, making this Terror one of the most enigmatic.

Although The Cosmic is unseen in CAOS, it presents one of the largest threats of all. This Terror is able to create whole realms the size of the mortal, infernal, and celestial realms and send them hurtling toward one another on a collision course. Basically, The Cosmic represents a planet-ending event similar to the meteor that took out the dinosaurs, but on a much larger scale.

Borrowing from zombie lore, The Returned represents the concept of the dead coming back to life much different than they were before. In CAOS, The Returned is personified by the biblical figure Lazarus. 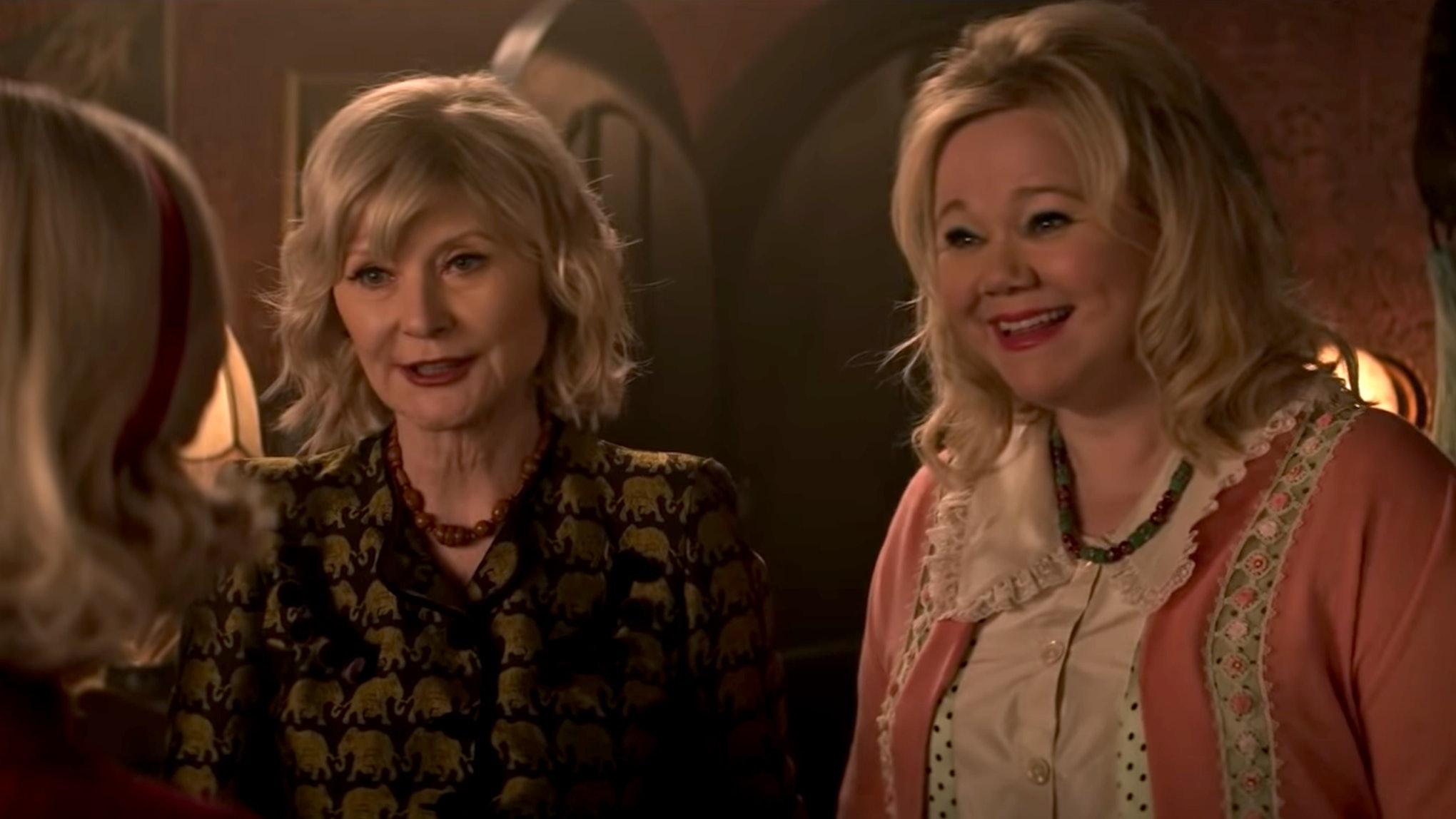 The Endless is a pretty self-explanatory Terror, and CAOS‘ approach to depicting a never-ending routine is a clever reference to the original Sabrina the Teenage Witch series.

The ultimate Eldritch Terror that stands above all the rest is The Void, an all-consuming nothingness that is ushered on by the other Terrors. The Void represents the absence of all life in the universe, and it is easily Sabrina’s most difficult adversary ever.