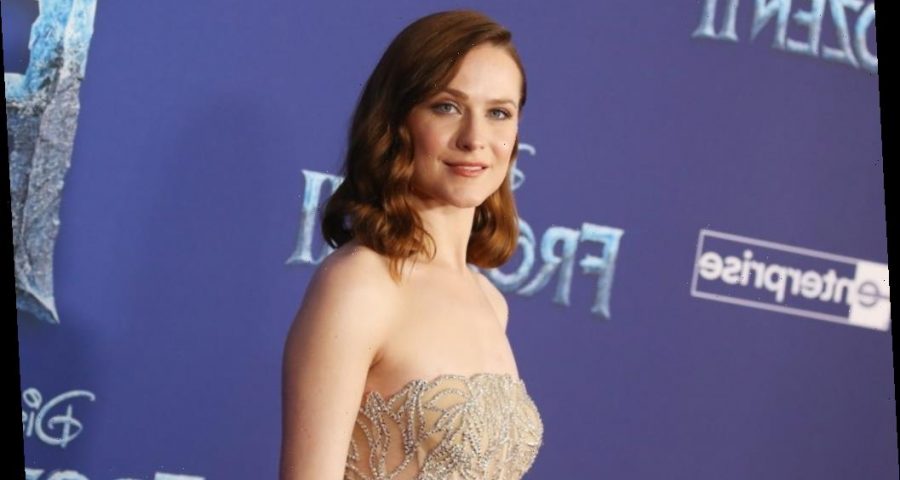 Evan Rachel Wood started in the entertainment industry at a very young age. The celebrity has since made a name for herself, working in countless film, music, and television projects. In recent weeks, she has made headlines for outing her alleged abuser, ex Marilyn Manson. Several years ago, the acclaimed actor also became known for taking a stance against sexual abuse when she testified in front of the House Judiciary Subcommittee. The actor and singer is well known for her activism, talent, and beauty — what is her natural hair color?

Is Evan Rachel Wood in season 4 of Westworld?

Wood got her first taste of Hollywood at the age of five when she auditioned for the lead role in Interview With the Vampire. The part eventually went to Kirsten Dunst, but the following year, amidst her parent’s divorce, she moved to Los Angeles to pursue a career in acting. The North Carolina native starred as Al Pacino’s daughter in S1m0ne, Mickey Rourke’s daughter in The Wrestler, and worked alongside Holly Hunter in Thirteen.

According to IMDb, Wood’s portrayal of Tracy in Thirteen launched her career. At only 16 years of age, she became the youngest actor nominated by the Screen Actors Guild for a leading role category. She also received a Golden Globe nomination for her role in the critically-acclaimed film. From 2009 to 2011, Wood encapsulated the Vampire Queen of Louisiana Sophie-Anne Leclerq on the HBO series True Blood.

Wood received another Golden Globe nomination for her role as Veda in the HBO miniseries Mildred Pierce. The opportunity to co-star with Kate Winslet in the series helped the young actor receive an Emmy nomination for “Outstanding Supporting Actress” for her astonishing performance. She was also nominated for an Emmy for her portrayal of Dolores Abernathy in the HBO dystopian television series Westworld, a role she appears to have left, according to IMDb, prior to the release of season 4. Wood is also the voice of Queen of Arendelle in Disney’s Frozen II. She had the unique experience of singing the lullaby “All is Found” and appearing in a duet with Idina Menzel.

How old was Evan Rachel Wood when she dated Manson?

The accomplished actor, who appeared to have it all, attempted suicide after battling depression and post-traumatic stress disorder, according to Good Morning America. She candidly explained to Nylon, “When I was 22, I willingly checked myself into a psychiatric hospital, and I have absolutely no shame about it.” She said, “Looking back, it was the worst, best thing that ever happened to me.” Several years later, in 2012, the Westworld actor married Jamie Bell, who she met while filming a Green Day music video. The couple share a son but, after only a few years of marriage, they divorced.

Before her relationship with Bell, she was engaged to Manson. She was the inspiration behind his “Heart-Shaped Glasses,” and the couple performed in a steamy music video together for the song. Their relationship became public in early 2007 and endured for several years. Wood began dating Manson when she was only 19, and Manson was 37 years old. Wood recently revealed that Manson “horrifically abused” her for years. The young actor explained, “I was brainwashed and manipulated into submission. I am done living in fear of retaliation, slander, or blackmail,” according to the Los Angeles Times. Manson adamantly denies the claims, but his record label has decided to drop him amidst the devastating allegations, reports BBC.

The 33-year-old actor enjoys experimenting with new looks dependent upon her mood. She admitted to Allure magazine that her hair has been long, short, and even red. She said, “I mean, it changes like the wind. Most recently it was dark orange, very Ziggy Stardust, for a movie I was filming.” Wood admitted that she really liked when her hair was blood-red, saying, “It was like really dark red with this really bright kind of sheen over it.” She told Allure, “It was awesome. I had so much fun wearing it.” When asked if she had a favorite hair color, Wood said, “I’ve had my natural hair color now for a while. It’s blonde, in case anyone’s wondering. And I like that. I’m very content with my natural hair color right now.”