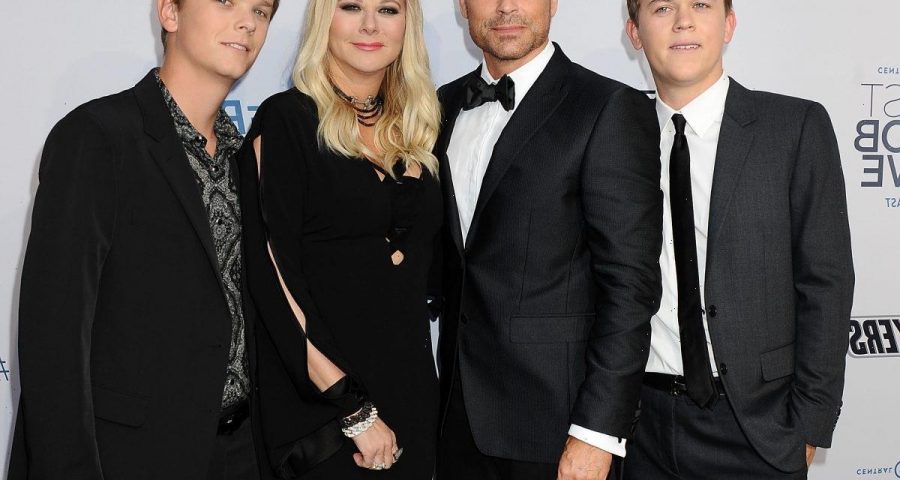 Rob Lowe is open about the fact that he and his family see a therapist. Therapy, after all, allowed him to unlock the life he’d always dreamed of. In an interview he gave in 2019, the Parks and Recreation actor shared his philosophy about therapy. Here’s how counseling saved Lowe’s life, aids his marriage, and keeps his family strong.

Lowe grew up in the spotlight. In the ’80s, he was an infamous member of the Brat Pack. Drugs and alcohol were always around.

When he turned 26, Lowe decided to seek help and get sober.

“All of my understanding about life has come from getting sober and being in recovery,” he told Variety. “The work that you do once you stop whatever it is you’ve been abusing — that’s when the real work begins. And that continues to this day. In many ways, it doesn’t get any easier but it does get more fulfilling.”

Several factors led to Lowe wanting to get sober. One of them was his wife, Sheryl Berkoff.

Therapy didn’t just help Lowe get sober, it also keeps his marriage in a healthy place. In an interview with the goopfellas podcast, The Outsiders actor spoke about how he and Berkoff still seek help from a marriage counselor to fine-tune their communication skills.

“Half of us don’t know how to communicate, and it’s only getting worse with texting and all of that,” he said. “Communication is a huge thing, and we still struggle with it. Sheryl and I still have somebody we would see if we ever felt like we need it. We do it less and less, but there have been times where we’ve been seeing someone, and I look forward to it! […] I always come out of it feeling even more reconnected, but I think that people look at it as a sign of trouble.”

Lowe and Berkoff have been married since 1991, a rarity for Hollywood couples.

“People always ask, ‘Do you have any advice about marriage?’ and I’m reminded of when they asked Alfred Hitchcock about making a hit movie,” said Lowe. “He said, ‘It’s all about the casting,’ and that’s the same with marriage. It really is all about who you pick. I always say to people, ‘If there’s any way to marry your best friend, do it.’ ‘Cause the rest of it comes and goes, and I was very lucky there.”

“The one thing, though, that has been a part of our family is the notion of therapy as a sort of proactive, non-shaming [practice], like a trainer,” said the St. Elmo’s Fire actor. “We think of going to therapy or talking to a therapist … it’s literally no different from a chiropractor.”