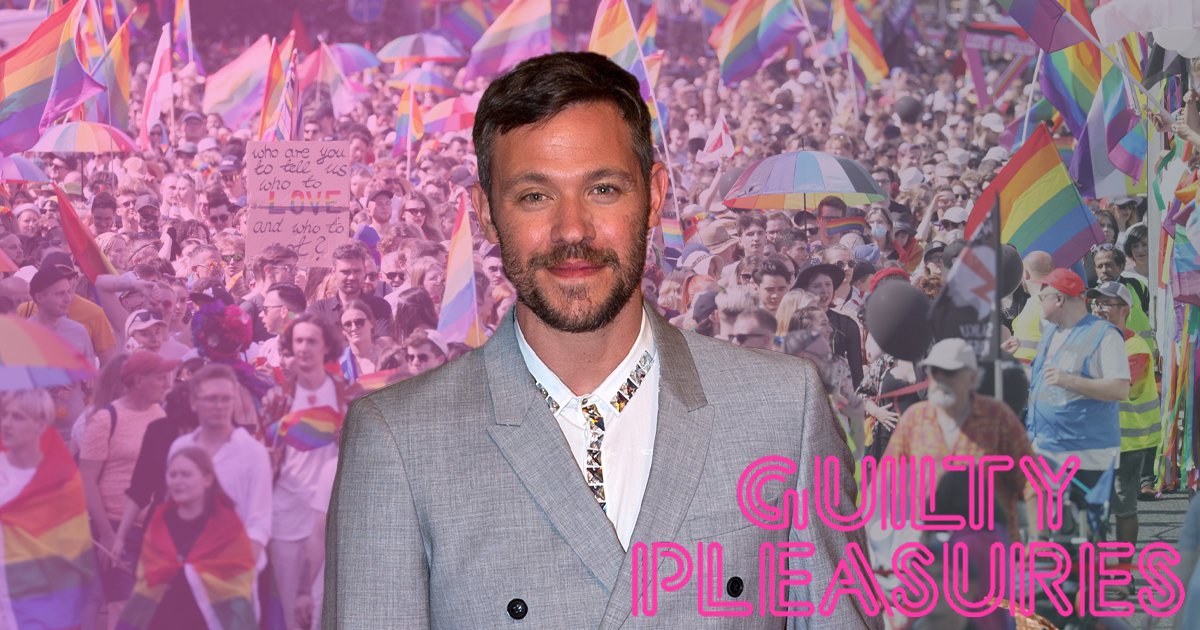 Will Young says Pride parades are still relevant because they’re the moment LGBTQ people hand back ‘shame’ and ‘undo the brainwashing’ inflicted on them growing up.

The Evergreen singer confessed he has battled feeling ‘wrong’ and was still too fearful to go to a parade until seven years ago — after music bosses once urged him to stay in the closet.

‘The antithesis of Pride is shame,’ said the former Pop Idol champ, 42.

‘I have to remind myself that I’ve grown up in a society — fair enough it was different times — but from a very young age where I’ve felt wrong and bad and evil actually. And I didn’t see any representation and so a lot of shame is foisted upon people who do feel different and “not normal”.’

Explaining the vitality of Pride, Young explained it ‘is time to look at that shame and give it back, just say it’s not for me to have’.

He added: ‘No one’s born with shame and it’s a really important thing for people who do feel any sense of difference to look at and find the power, however they can and whenever they can, to give that back because you weren’t born with it. It took me a long time. Undo the brainwashing! That’s a big part of Pride I think.’

As for him, the Leave Right Now singer confessed: ‘I didn’t go to a pride till like 2014. I was terrified of Pride for ages — you know, I’m also agoraphobic so it doesn’t help! Lockdown was amazing for me!’

And the entertainment industry also tried to load him with shame.

‘People did try and sort of initially shut me out but I’d been through too much pain to get to this stage to own it for myself,’ he said.

The star added Pride events aren’t always about fitting in. ‘A lot of the stuff I don’t identify with maybe as a gay man. I don’t necessarily identify with certain things I see in the parade but it’s not just about the parade, it’s about talks, it’s about education, it’s enlightenment,’ he told YouTube Originals.

Noting that heterosexual people don’t face coming out pressures, he added: ‘Someone said to me about being gay… you constantly have to come out.’

And calling for change, he said: ‘I would like to see more in schools. I don’t think people have got it right in this country and that disappoints me a lot, but it is a lot better.’

Winston Marshall has announced he is leaving Mumford & Sons after ‘an unintentional Twitter storm’.

In a tweet, which he later deleted, the I Will Wait musician, 33, called the book ‘important’ and praised Ngo as a ‘brave man’.

Announcing his departure from the band, Marshall said: ‘We’ve done it all. What a blessing it was to be so close to such talent as those three lads. I will look back at it all with immense pride and love.

‘However, after much reflection and consideration, I have decided it is time to move on.’

And on Unmasked, he added: ‘The book documents the recent activities of the extreme Left.

The tweet was misconstrued by many as an endorsement of the equally abhorrent Far-Right. Nothing could be further from the truth.’

Thanking bandmates and fans, he said his time in the folk-rock group was the ‘ride of a lifetime’ but he wanted to avoid ‘trouble’ for the band, and ‘to self-censor will gnaw my conscience’.

Chris Brown has waved two fingers after being caught up in another assault row.

The Go Crazy singer, 32, is alleged to have slapped a woman at his LA mansion — knocking part of her weave out of her hair.

But he turned up at a fashion show in the city just hours after police began investigating the claims, which he denies. It was reported the woman had no visible injuries.

Brown’s solo night out came as his ex Rihanna — who he beat up when they were together — was feeling in the pink with her new man ASAP Rocky.

The loved-up pair kissed and cuddled as they hit Soho in New York for boozing and arcade games.

Meanwhile, Love Island star Montana Brown has claimed Chris tried to chat her up. ‘I’ve actually had some very odd people slide into my DMs,’ the 25-year-old told Cosmopolitan.

‘Chris Brown slid into my DMs. That was… sweet.’

How to get your Metro newspaper fix

Metro newspaper is still available for you to pick up every weekday morning or you can download our app for all your favourite news, features, puzzles… and the exclusive evening edition!