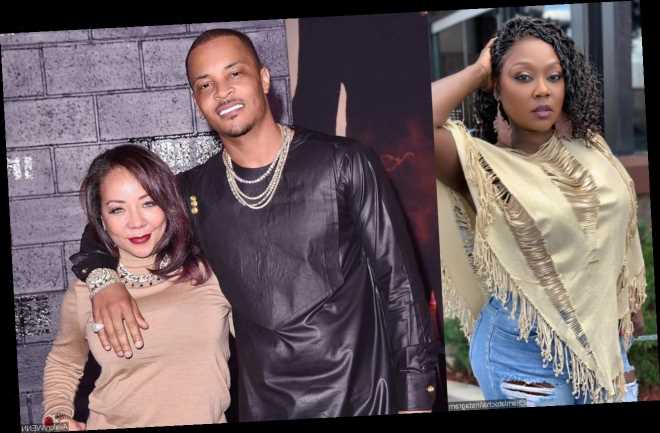 When asked about the matter on ‘The Wendy Williams Show’, Scott shares that she supports her teammate and she’s ‘just gonna continue to pray for her and this whole situation.’

AceShowbiz -The drugging and sexual abuse allegations leveled at T.I. and his wife Tiny (Tameka Cottle) shocked everyone, including people around the couple. LaTocha Scott, Tiny’s teammate in Xscape, weighed in on the pair’s scandal during her appearance on “The Wendy Williams Show” on Friday, March 26.

“You know what, I hate that this is happening,” Scott told host Wendy Williams. Showing support to Tiny, Scott went on to say, “That’s my family and I don’t use that word ‘family’ lightly. That’s my sister so I support her and I’m just gonna continue to pray for her and this whole situation.”

When asked if she believed any of the allegations, Scott responded, “I do not.” She explained, “I know her character and that’s just not her.”

She also believed that T.I. wouldn’t do such things. “That’s not his character, as well. They’re good people and I think this whole ordeal has brought them closer together,” Scott stressed. “What we like to do is have family night. I just missed family night Sunday because I was here getting ready for your show.”

“That’s my family and we’re just gonna support them and pray for them. That’s it,” Scott added.

Prior to this, fellow Xscape singer Kandi Burruss also publicly showed support for the embroiled couple. “The Real Housewives of Atlanta” star faced questions about the matter during her appearance on “Watch What Happens Live with Andy Cohen“.

“Um, I don’t really wanna speak on that situation,” Burruss told Cohen on Sunday night, February 14. “What I want to say is people put out any rumor about somebody right now…this society has become a ‘you’re guilty until proven innocent’ instead of ‘you’re innocent until proven guilty.’ And I do not like that.”

“I will say they’re like family to me,” the 44-year-old continued. “Honestly, Tiny and I grew up together. Because of the things that were even said on our show, people always try to wrap me up into any rumor that happens right now, I wanna say, I don’t like that.”

“I don’t like when people start rumors on folks and I would like for society to stop [being] so quick to try to make somebody guilty without taking the time to get [information] or anything,” she went on reminding, before stressing that she has never borne witness to such acts which the couple is accused of committing, “So, I don’t like what’s happening right now and I’ll just leave it at that. What I will say is Tiny is my sister and I have never personally seen her doing any of that.”

Back in January, Sabrina Peterson came forward with accusations that T.I. once put a gun on her head in front of her children. That prompted other women to came to Sabrina with sexual abuse allegations against T.I. and Tiny. The couple denied all the accusations.