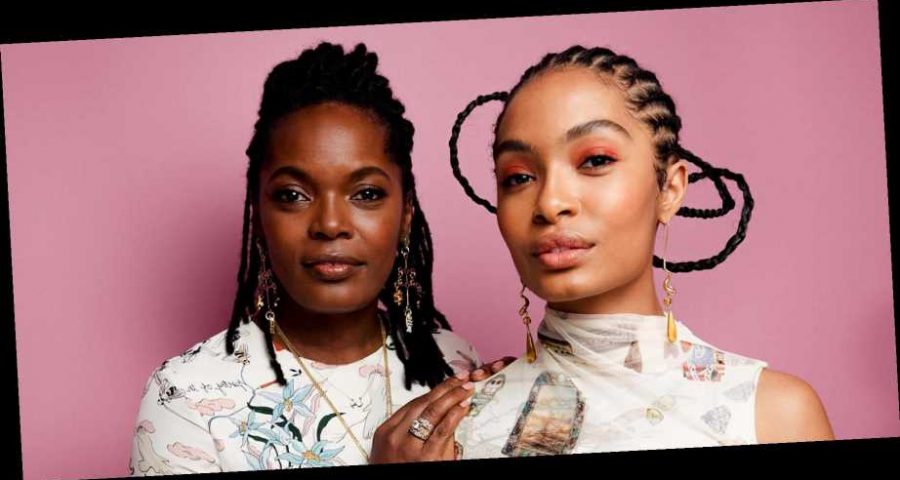 Mother and daughter duo Yara and Keri Shahidi may be two well-known figures in Hollywood, but as a family, they've always made a point to stick to their roots.

Sitting down with A-lan Holt, director of the Institute for Diversity in the Arts at Stanford University and host of Retrouvé's Every Skin Has A Story: Creatives of Color Take on Beauty series, the pair shared how being of service to others has showed them how to take care of themselves.

"Service is just deeply a part of being alive," Keri said to viewers over Zoom.

Coming from a family of civil rights activists and educators who worked as principals and special ed. teachers in the south during the '50s and '60s, the actress and producer knows this better than most, and it's something she has instilled in her children from the beginning.

The family is obviously very keen on television and film, but gathering together to listen to audiobooks — not just for entertainment, but for learning about the progressive work of others — was a way for the family to spend time together. And it's a medium Yara still revisits regularly as a young adult to continuously learn how to serve others through her work. While in quarantine, the black-ish actress has often asked herself, "What are things that get me away from screens but still immersed in stories?" Later sharing that she's been listening to both audiobooks and podcasts.

"If I can place my phone across the room and listen to something, [that's great]," she said.

But after a long day of being on set and then unwinding to audio stories, Yara always ensures to pour back into herself.

"My skincare routine is one thing I'll never skimp on, no matter how tired I am," she laughs. "That's become important for me, because it's my first touchpoint in the day and my [last] touchpoint at night."

The pair are co-founders of 7th Sun Productions, a woman-led production company aiming to share the stories of underrepresented communities of color — focusing on joy, rather than sorrow. The two want to make sure their company is holistically serving those who are sharing their narratives by ensuring their venture opens doors for creatives on all fronts.

While it may seem daunting to take all of this on, Keri makes it clear that she embraces any feelings of trepidation as her and her daughter continue to step into their purpose.

"I give space for my fears," she says. "Because I know ultimately, we are in this position for a reason that is so much bigger than ourselves."