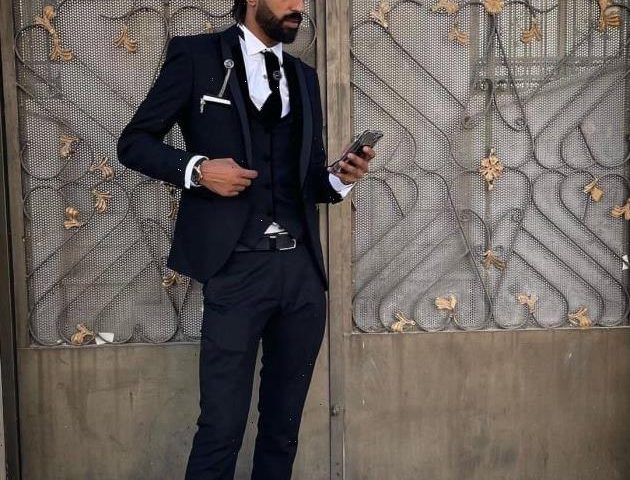 Since early this year, Yazan Abo Horira has been dogged by marriage rumors.

It’s a little odd, since fans didn’t even know what to call his girlfriend — Lola, Lulu, Luna, etc.

It turns out that her name is Leena. She is allegedly 21 years old.

Now, fans know what she looks like. Leena is also now Yazan’s wife.

As was wildly apparent long before their season ended, Yazan did not end up with Brittany Banks.

Brittany ended up with a lot of passionate haters after her season.

Misogynoir aside, many other fans were relieved that Brittany would not be subjected to this kind of behavior again.

However, after the season ended, fans soon heard that Yazan was dating a new young woman.

She was younger than Brittany or even Yazan.

She was rumored to be American but, unlike Brittany, to also be Muslim.

Yazan did not publicly post photos of Leena, leaving all of that work to cyber-sleuths.

And, as we previously mentioned, her name was unclear, in part due to Yazan’s use of nicknames.

That account vanished after a while without ever showing fans who Leena was.

In fact, fans only heard confirmation of Leena’s name from the fandom’s favorite translator, Adam.

Adam, the same person who shared that Yazan had cared more about Brittany’s body parts than about Brittany herself, had kept in touch.

Even with her name, Leena remained an enigma.

Only recently has the veil been somewhat lifted after some fans did some digging.

They found an array of images of Leena, and many were stunned when they noticed that she looked like someone familiar.

Fans don’t think that Leena looks like Brittany. But to many, she looks a bit like another of Yazan’s castmates.

Ariela Weinberg starred alongside Yazan and Brittany on Season 2.

Some observed some vague similarities in their faces.

Yazan was playing things close to the vest, but fans imagined that the clock was ticking.

After Yazan’s extremely conservative family seemed desperate to rush him to the altar with Brittany, would they do the same with Leena?

Would Leena, being a Muslim herself, be more willing to go along with this vastly accelerated time table?

This time last year, it’s not even clear if Yazan and Brittany had fully broken up, though Brittany was back in the U.S.

On July 8, which was just last week, Yazan and Leena married.

Yazan shared a portion of the wedding invitation on Instagram.

Though he shared it in Arabic, it is easy enough to translate.

He invited people to a small wedding at his father’s home.

Yazan also shared a snapshot of himself all dressed up for the nuptials.

Say what you will about Yazan (we certainly have and will continue to do so), but he looks great.

We’re sure that it was a beautiful ceremony.

Of course, it was long believed by just about everyone that Yazan wanted to be with Brittany in order to live a more liberated, Western lifestyle.

It is unclear if his marriage with Leena will live up to his hopes — or to hers.

We can only hope that Yazan has matured significantly since his relationship with Brittany.