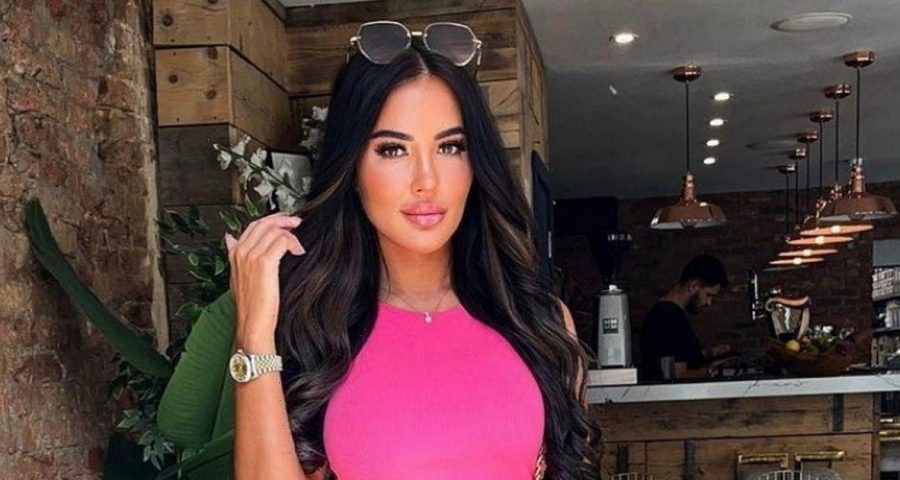 Yazmin Oukhellou has revealed that she sleeps with her mum every night after the car crash that killed her on-and-off boyfriend Jake McLean.

The Only Way Is Essex star, 28, was in Bodrum, Turkey with Jake when their car crashed off a cliff, resulting in Yazmin having to break her own arm in order to get out of the vehicle. It's believed the crash occurred when Jake reportedly lost control of the car.

Yazmin has been recovering at home in Essex after returning from the hospital in Turkey.

Opening up about her nightmare flashbacks, she told The Sun: "I have nightmares every single night since the accident.

“I have not stopped waking up in the night about it. Mum stays in bed with me every night.”

Yazmin and Jake first began dating in 2019. After their split, Yazmin began a relationship with fellow TOWIE star James Lock.

However, Yazmin and Jake got back together in 2021 and had been on-and-off again since.

Shutting down rumours that her and Jake had been arguing when the car crashed, the 28 year old said: "There are stories that we were arguing. It’s like, ‘How can you say that?’

“There were two people in the car. Unfortunately my partner did not make it, so the only person that people can listen to now is me because I was the only other person there."

She continued: "I just don’t want people to think we were arguing.

"We may not have had the picture perfect relationship, but those last moments we had with each other will be the moments I will cherish for the rest of my life. They were the best moments we ever had.”

Yazmin has been told that her arm will likely need surgery and that she may never regain full use of it.

After hearing the news of the horrific crash many celebrity friends sent their messages of condolences.

Sharing a snap of Yazmin, Amber Turner wrote: "Thinking of you. Can everyone keep Yaz in their prayers tonight."