Making peace. After feuding for more than a week, YouTube stars James Charles and Tati Westbrook have agreed to put their drama behind them.

“I have been in communication with James Charles through an intermediary for the last week, and we believe that it is in the best interest of our community, our viewers and our own mental health to put this matter to a rest,” Westbrook, 37, wrote in a lengthy statement on Twitter on Sunday, May 19.

“For that reason, I will not be making any further public comments and I hope and pray that no one else will make anymore hurtful statements on my behalf,” she continued. “In my original video, I felt the need to publicly breakup with James with a warning call loud enough for him to hear. I was attempting to explain my upset and concerns so that everyone would understand my position and end the speculation that it was all over vitamins.” 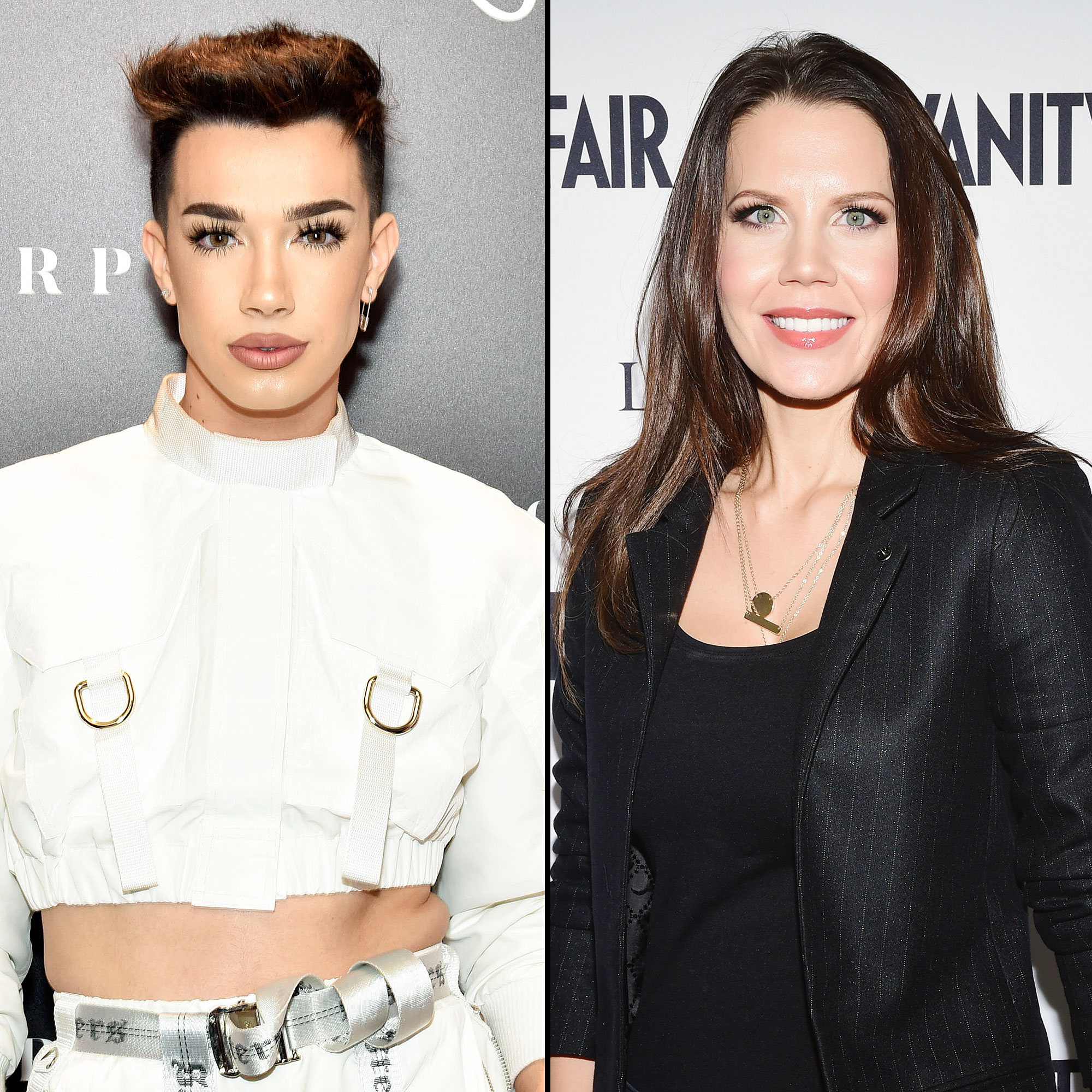 Westbrook wrote that she has spent the past eight years building a “career based on honesty, integrity and trying my best to do what I thought was right.” She acknowledged that she did not expect the “toxicity and chaos that ensued over the last 10 days,” and she regrets the way she raised “concerns” about Charles, 19.

“I could have and should have found a better way,” she added. “Even in this moment, I still have so many things I’d like to clear up, however the continued call for ‘receipts’ is nothing more than a call for never-ending bloodshed. As such, I’m setting aside my overwhelming need to be understood and will continue my conservations with everyone in private.”

Westbrook concluded her post by noting that she hopes the YouTube community is “strengthened from all of this madness and that we will all strive to hold ourselves and each other to a higher standard.” She went on to express gratitude for her followers and apologized “for all of the hate this brought to our doorstep.”

Fellow YouTuber and makeup artist Jeffree Star also addressed the drama on Sunday in a nearly 14-minute video titled “Never Doing This Again.” He admitted that he “inserted myself into something publicly where I shouldn’t have” and said that he is “embarrassed by my own actions.”

Charles responded to Westbrook and Star’s messages on Twitter later in the day, writing, “Thank you @jeffreestar & @glamlifeguru for your sentiments. I am on board to move on, will not speak about this further, but do hope to speak in the future when we’re all ready. This week was awful for all of us and I ask that the community focuses on positivity moving forward.”

The pandemonium began on May 10 when Westbrook uploaded a 43-minute video titled “BYE SISTER,” in which she called out her former mentee Charles for his inappropriate behavior, which allegedly included sexually harassing straight men. In a matter of three days, the first male CoverGirl spokesperson lost nearly three million YouTube subscribers, and countless celebrities, reportedly including Kylie Jenner and Shawn Mendes, unfollowed him on Instagram.

A day before Sunday’s truce, Charles fired back at Westbrook in a 41-minute video of his own, titled “No More Lies,” and denied using his “fame, money or power to manipulate or get any sexual actions from a guy.” He also vowed to take a break from YouTube and apologized for not always being “the best role model.”