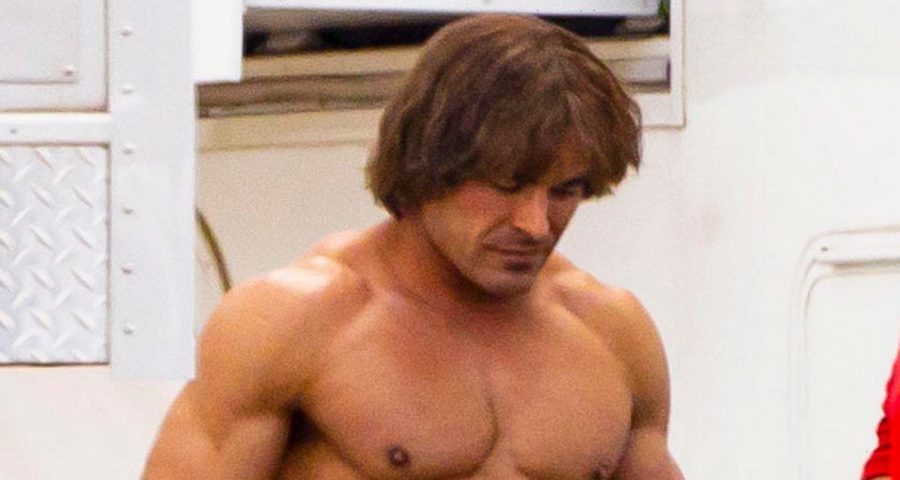 Zac Efron looked totally unrecognisable as he debuted a new look for his role as wrestler Kevin Von Erich as he filmed scenes for the upcoming flick, The Iron Claw.

The actor, who shot to fame after starring in Disney Channel's High School Musical, looks worlds away from his previous roles as he packed on the muscle to portray the wrestling icon.

Snapped while relaxing on set between takes Zac, 35, showed off his new physique as donned a bronze fake tan and bowl-cut wig.

Zac, who recently fuelled speculation that he may be returning to the High School Musical franchise, has had to bulk up for his role as Kevin Von Erich in the film.

The movie, which is being directed by Sean Durkin, tells the story of the Von Erich family, a wrestling dynasty from the 1960s who were repeatedly beset by tragedies.

The patriarch of the clan was Fritz Von Erich, real name Jack Adkisson, who began his career with a ring persona of a Nazi-sympathising thug on the 50s wrestling circuit. He was followed into the ring by many of his children.

Five of Fritz's six children died tragically young, with Kevin the only surviving child by the time of Fritz's death in 1997.

Kevin, who was born Kevin Ross Adkisson, is now 65 and lives in Illinois with his wife Pam, whom he married in 1980. The couple have four children and 11 grandchildren.

Zac, who will be portraying Kevin in the film, recently sparked confusion over his face looking quite different, with some fans accusing him of having plastic surgery.

He's since spoken out about this to deny going under the knife, revealing that his changing face is actually because of a freak accident at home.

Zac explained that slipping on a sock while running inside his house caused him to shatter his jaw and chin on a granite fountain. According to the actor, after blacking out he awoke to find “his chin bone hanging off his face”.

Speaking to Men's Health Magazine, he explained that the injury caused his masseter muscles to enlarge on the inside of his face and jaw, which led to a change in appearance.

The Disney star also went on to say: “If I valued what other people thought of me to the extent that they may think I do, I definitely wouldn’t be able to do this work.”