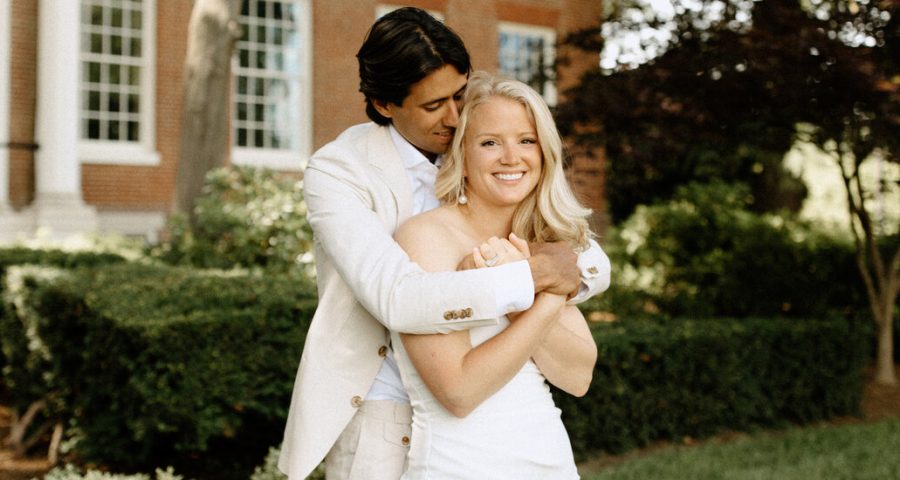 Chloe Renfro Snow had an all-out crush on Jai Roberto Lakhanpal in 2009. She would tape a note that said “Jai’s seat” with hearts and squiggles about once a week to an empty seat next to hers in their ninth grade honors European civilization history class at the Severn School in Severna Park, Md.

“I was flattered, but very nervous,” said Mr. Lakhanpal, whose first name is pronounced Jay. The two met three years earlier after they began sixth grade at a private school, just north of Annapolis, now prekindergarten to Grade 12.

He blushed, ignored her declarations and then found a seat elsewhere, at least until 10th grade English when they became good friends.

After school during their senior year, before she had swim team practice and he had tennis team practice, they regularly went to the local mall for smoothies, or just drove around. In early 2012, their friendship took a romantic turn.

“We kissed in his car a couple of times,” she said.

On Valentine’s Day, she asked him in the hallway at school what he had planned for the evening. He got the hint, and they had their first date at Joss, a sushi place in downtown Annapolis, where he taught her how to use chopsticks.

“I wasn’t the smoothest operator,” Mr. Lakhanpal said, with a laugh, but without prompting that spring he asked her to the senior prom.

That summer they spent a great deal of time on the South River, off Chesapeake Bay, in Ms. Snow’s 17-foot Boston whaler, with her family’s yellow lab Lexie. They also both had jobs — she at her mother’s dermatology practice and he at his father’s vascular surgery office. All four of their parents are doctors. He typically picked her up at her office, and won her mother over by often bringing them both giant smoothies.

They then began a long-distance relationship when she started Williams College in Massachusetts and he went to Dartmouth in New Hampshire, a two-and-a-half-hour drive, mostly through Vermont.

“We fell in love with Vermont,” she said, and at first they saw each other every two or three weeks, but when she got a car, they took turns driving each weekend.

In July 2018, before she began medical school, he proposed on a beach in Turks and Caicos.

The next year they got a condo in Washington, when he began working as the director of strategic planning and corporate development at the Center for Vascular Medicine in Greenbelt, Md. (In August, he is to begin working as an associate at Advent International, an investment firm in Boston. They agree, definitely their last round of long distance).

They planned to get married in July 2020 at Hildene, an events space in Manchester, Vt., with 200 guests, but postponed it when the coronavirus pandemic set in.

On June 25, Sharon K. Burke, a senior manager at the circuit court of Anne Arundel County, officiated at the county courthouse in Annapolis. They celebrated in the backyard of the groom’s parents, with 60 guests, and their golden retriever Bailey, in an open-sided sailcloth tent, with champagne toasts and dinner.