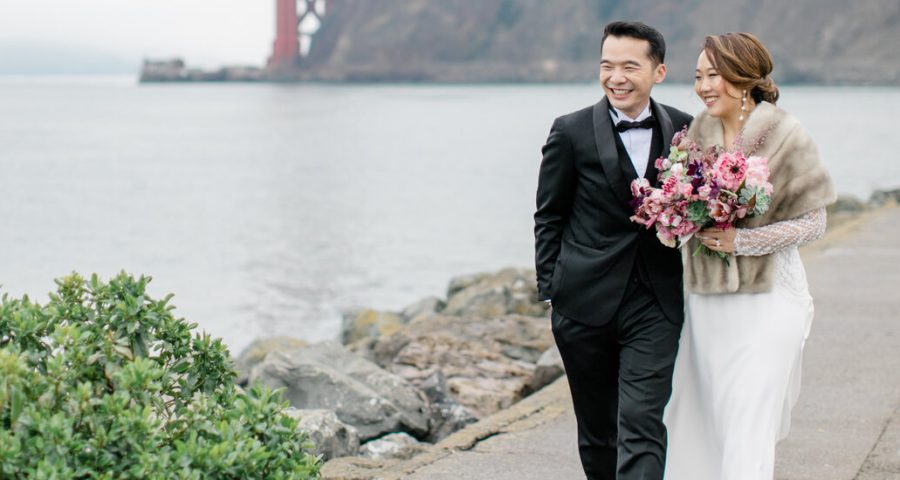 Serinna Chau knows how to dig into the backgrounds of prospective candidates, evaluate their strengths and weakness and match them with suitable roles. It’s her job as a senior associate at Spencer Stuart, a recruiting and consulting firm based in Chicago, and it’s also how she’s always approached dating.

“I vet everybody,” she said. “It’s almost in my blood as an executive search consultant. I do my due diligence.”

After meeting on the dating app Hinge in January 2020, Kevin Lau, the emerging companies practice director at the law firm Wilson Sonsini Goodrich & Rosati, made it through Ms. Chau’s rigorous screening process and less than a year later the couple was married on Jan. 2 by the Rev. Jonathan Lau, a pastor at the San Francisco Chinese Alliance Church, at Cavallo Point Lodge in Sausalito, Calif., before 44 guests.

Among Ms. Chau’s requirements was that any man she might consider dating mention his Christian faith in the description field of his dating profile, not merely in the allotted religious affiliation box. Other criteria were less specific but no less important. “My friends always joke about good pedigree being something that I care about a lot,” said Ms. Chau, who graduated from the London School of Economics with a bachelor’s degree in environmental policy. “I just need someone I can look up to, that I can admire.”

In each area, Mr. Lau exceeded Ms. Chau’s expectations. He proudly identified as a practicing Christian and candidly shared his spiritual journey; he received a bachelor’s in economics and a bachelor’s in international relations from the University of Pennsylvania. He also received an M.B.A. from the University of California Berkeley, and a master’s in computer information systems from Boston University. For Mr. Lau, 35, the couple’s shared roots in Hong Kong were also important: “It comes with a lot of cultural language, the little ways we talk about things in Cantonese.”

Thanks to their compatibility and common frame of reference, Ms. Chau and Mr. Lau were able to transition easily into dating during the pandemic shutdown even though they had only known each other for a short time. They visited each other’s homes, watched TV shows in English and Cantonese, cooked together and attended online church services and Bible study groups conducted by the San Francisco Chinese Alliance Church. “Almost all of our dates have been very domestic,” Ms. Chau, 30, said. “We’ve had a lot of time to talk and get to know each other very well.”

The couple became engaged in July on a trip to Angel Island in the San Francisco Bay and began to plan their wedding soon after. They considered holding the ceremony in Hong Kong, to make it easier and safer for their families to attend, but chose California instead after Mr. Lau’s parents, Yuk-Lai and Margaret Lau, and Ms. Chau’s parents, Tak Cheong and Kitty Chau, both assured them that they were happy to make the journey from Hong Kong to the United States despite the difficulties and risk involved during a pandemic.

“They would say: ‘Unless you ask us not to come, we’ll be there,’” Ms. Chau said. Even Hong Kong’s strict quarantine protocol, a mandatory period of three weeks of isolation in a government designed hotel, didn’t dissuade them.

“Having both sets of parents here in San Francisco for the wedding, it’s almost like mission accomplished, where they can see how happy their kids are in all respects,” Mr. Lau said.

The same is true, he added, from the other side as well: “We look back and we’re humbled by our paths and what other people, especially our parents, did to get us here today.”