FOR Nancy Rohde, the prospect of having one child was fanciful enough after she discovered she had an ovary condition which affected her fertility.

Nancy, 37, speaks about how her struggle trying to conceive a child naturally resulted in her having twins – born 14,000 miles apart from each other.

“Watching my surrogate Ashley in labour, I was overwhelmed. I was about to meet my daughter – and the twin of the baby girl I’d given birth to five weeks earlier. After years of heartbreak, fate was making me a mum of two in little over a month.

I met my husband Justin on a blind date in 2002, when we were both 19 and studying at university in Chicago. We hit it off immediately and married seven years later in 2009, then started trying for a baby three years after that when I was 29.

When we hadn’t conceived after six months, tests uncovered polycystic ovary syndrome (PCOS) and I was prescribed Clomid – a drug that stimulates ovulation – but it didn’t help and doctors said it was just bad luck.

Next, we tried three cycles of IUI, then three cycles of IVF. After they failed, I hit rock-bottom, devastated each time a friend became pregnant. The following March our doctor suggested surrogacy, and after careful research we found a surrogate via an agency.

Using an embryo created from my egg and Justin’s sperm, she became pregnant. However, she miscarried in April 2015, leaving us heartbroken.

We were determined to try again, and in June the agency matched us with Ashley, who lived in Utah, 1,400 miles away from our home in Chicago.

The second we spoke on the phone, I knew she was the right choice – with her three children and husband in the background, she was warm and friendly.

We agreed to go ahead and Ashley flew to Chicago the following month. When we met we hugged hard and I was in awe of what she had
committed to do for us. 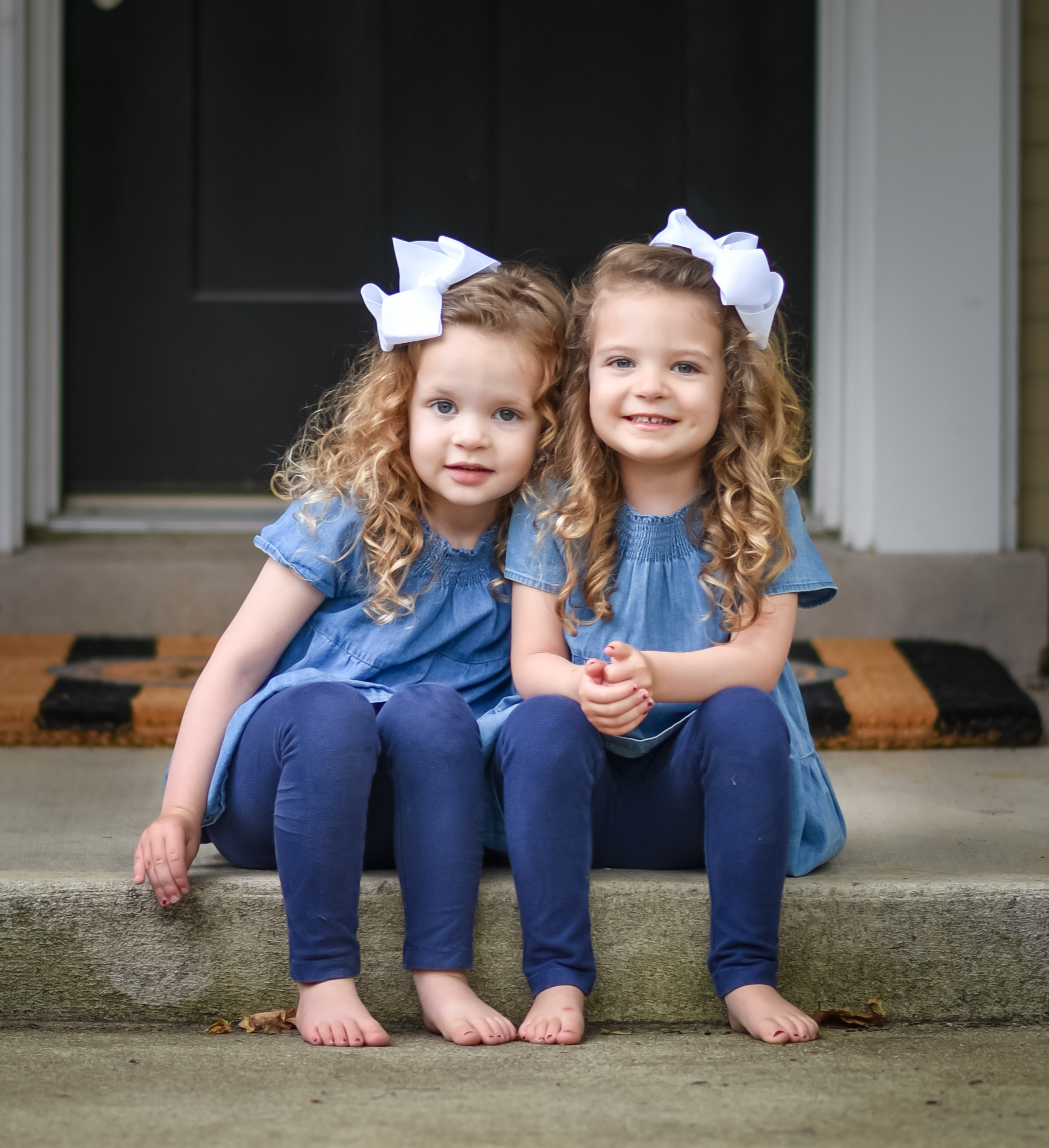 But after so many disappointments, I couldn’t believe the surrogacy would work and decided to try one last IVF cycle to boost our chances of having a baby.

So while Ashley was in Utah taking medication to get ready for the transfer of an embryo we’d created using my egg and Justin’s sperm from an earlier IVF cycle, I had another implanted.

Two weeks later, on September 2, 2015, the doctor told me I was pregnant. Justin and I were elated but terrified.

Then, on October 3, Ashley also had a positive pregnancy test. We were hugely excited, but still incredibly nervous something would go wrong.

We realised that if everything worked out, the babies would be ‘twinblings’, the equivalent to fraternal twins, where two separate eggs are fertilised during the same pregnancy – but in this case grown in different wombs.

The babies’ due dates were five weeks apart, and we didn’t share our
news with friends and family until Ashley and I were both over the four-month mark. They were shocked but so happy for us.

Ashley and I texted every day, but once I got over the fear of one of us miscarrying, I began to worry about bonding with our surrogate daughter.

We’d found out both babies were girls, but would the child Ashley was carrying know me as her mum?

Luckily, Ashley’s doctor had an app that enabled us to see ultrasound images in real-time, and we recorded our voices for her to play to her bump.

But while Ashley had a textbook pregnancy, my baby was measuring so small that I was induced a week early on May 2, 2016.

Lilly was born weighing 5lb 7oz and it was incredible to hold my baby.

We all flew to Utah for Ashley’s due date the following month, and Justin and I were there when Audrey arrived on June 7, weighing 8lb 13oz. As soon as we held her, my fears about bonding vanished.

Seeing Lilly and Audrey together for the first time made my heart burst.
Ashley was released from hospital before Audrey and she came to see us the next day, and again before we flew home.

We’ll never be able to thank her enough. We stay in touch and exchange gifts at Christmas.

The girls are now four and are best friends – they’re both so kind and sweet.

We’ve always been open about how they came into the world and as they grow up, we can’t wait to explain just how special they are.” 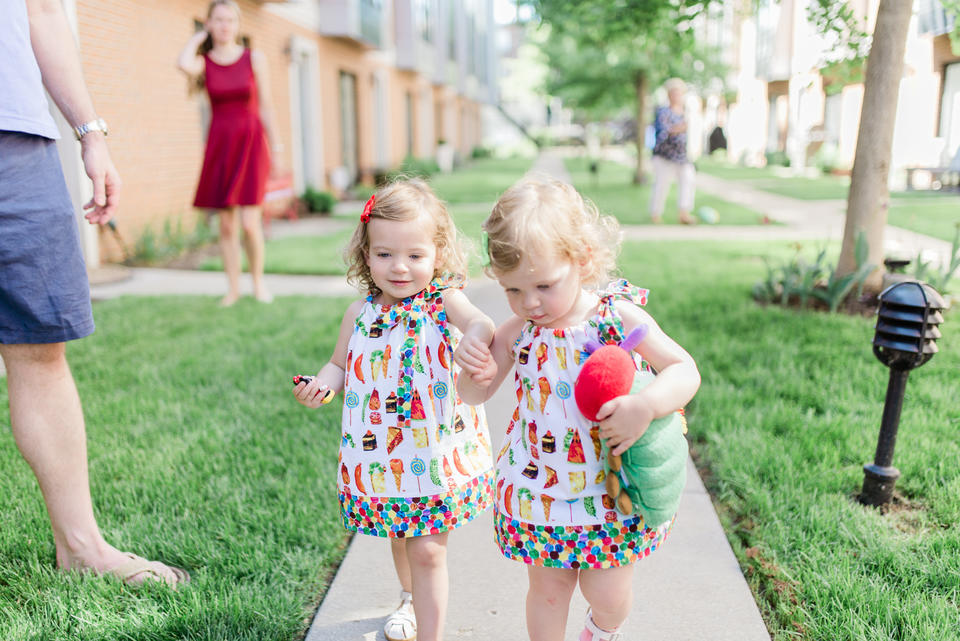 In 2012, model Caprice became pregnant at the same time as her surrogate.

Her boys were born just weeks apart. Under UK law, at birth the surrogate is the legal mother, even if she isn’t the biological mother.