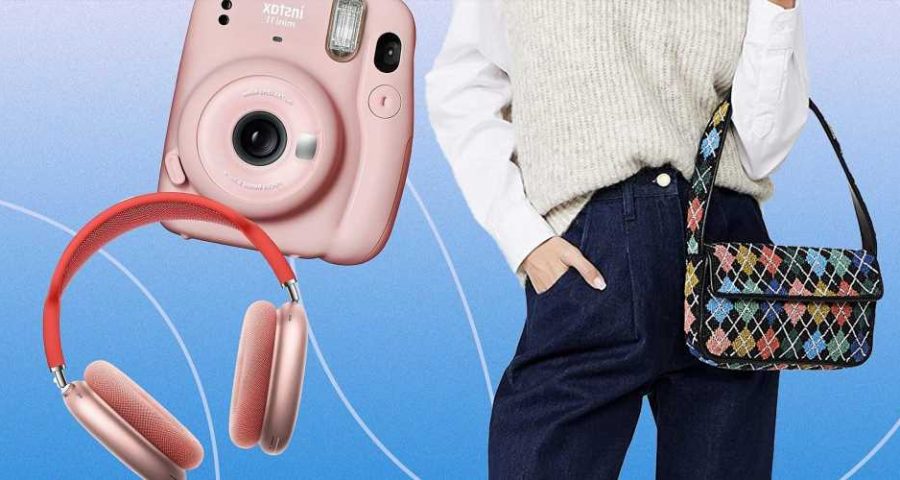 With only a couple days left of 2021, now is your chance to shop early New Year's sales ahead of the rush. To no surprise, Amazon has already launched incredible discounts on fashion, beauty, home, and tech, and we found the 40 deals worth checking out.

If your wardrobe could use a refresh, head over to Amazon's fashion section, where you'll find clothing, shoes, and accessories on sale. You can get a pair of Core 10 high-waisted leggings for 26 percent off and a super versatile Amazon Essentials mock-neck sweater for $38. For dressier occasions, grab a pair of Marc Fisher heeled booties for half off and a Loeffler Randall oversized clutch for 40 percent off.

The beauty department is also full of impressive deals on makeup, skincare, and hair tools. Revamp your makeup routine with the customer-loved L'Oréal Paris Lash Paradise Mascara for $7 and the Urban Decay Naked2 Basics Eyeshadow Palette for $20. You can also get the Bioderma micellar water that Lucy Hale and Drew Barrymore use for $15. And to give your hair new life in 2022, check out the Keranique Shampoo and Conditioner Set for Hair Growth and Thinning Hair for 40 percent off.

In the home section, you can shop appliances like the Keurig K-Select Coffee Maker and the Vitamix E310 Explorian Blender at steep discounts. There's also tons of decor on sale, like a Christopher Knight wooden coffee table for $58 and a Bedsure waffle-knit throw for $43.

No Amazon sale would be complete without unbelievable tech deals, so we included some can't-miss options. You can get the Fujifilm Instax Mini 11 Instant Camera for $60 and pick up a pair of Apple AirPods Pro for under $200. And for your home, the Insignia 39-Inch Smart HD Fire TV is on sale for $50 less than its typical price.