SHOPPERS have been going wild for festive Disney dinner set which has been reduced to £15 in Asda.

The 12-piece set features Mickey and Minnie Mouse under a Christmas tree on dinner plates, side plates and bowls. 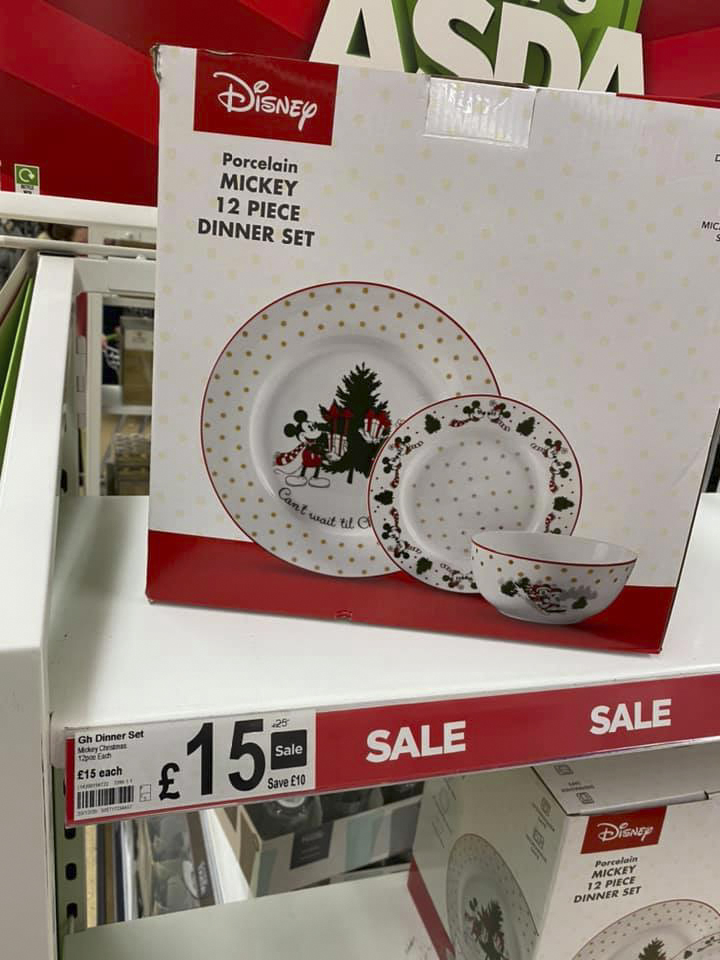 An eagle-eyed shopper who spotted the deal shared a snap of the set to the Facebook group Extreme Couponing and Bargains UK, writing: "Was £40, then £25 Asda now £15 Grimsby."

Indeed, the Asda website has the set, which features four cereal bowls, side plates and winner plates originally priced at £40, although it's now sold out online.

Some eBay sellers are charging up to £80for exactly the same item.

Unsurprisingly, shoppers are excited by the bargain offer, with many people flocking to the post to comment or tag a friend. 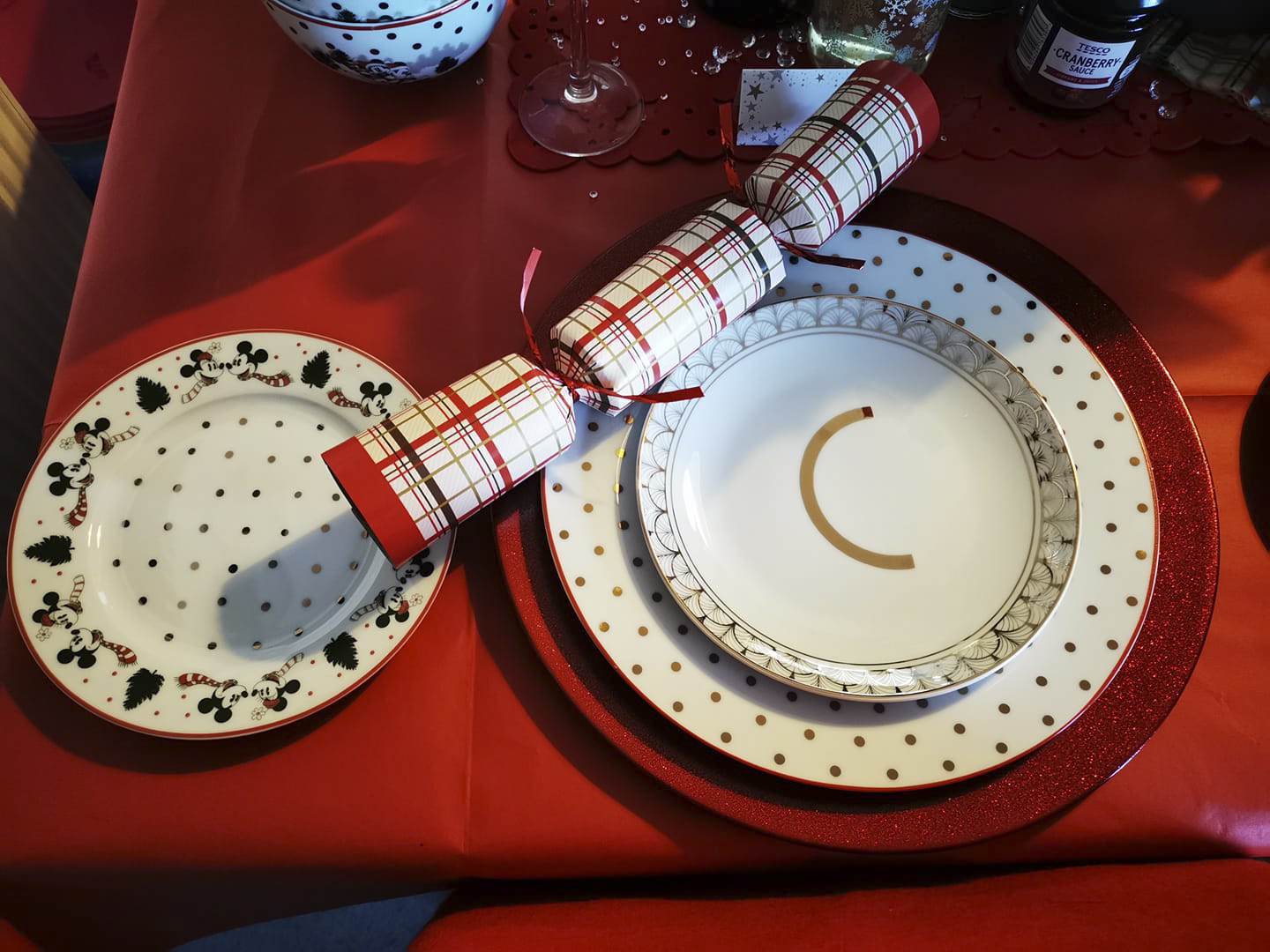 One tagged a pal, writing, "You would love these," while another let a friend know, "This has your name all over it."

Somebody else wrote: "Might be a fight to see who can get one of these."

A third person simply put: "Take my money! I love this." 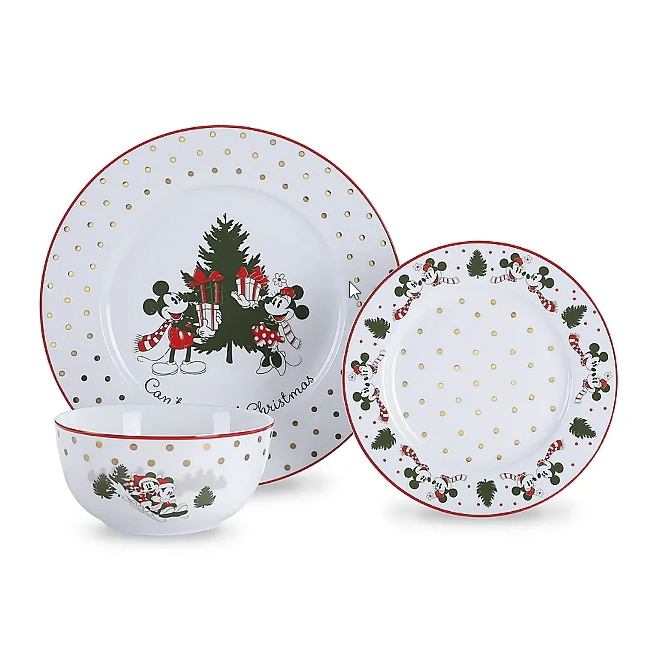 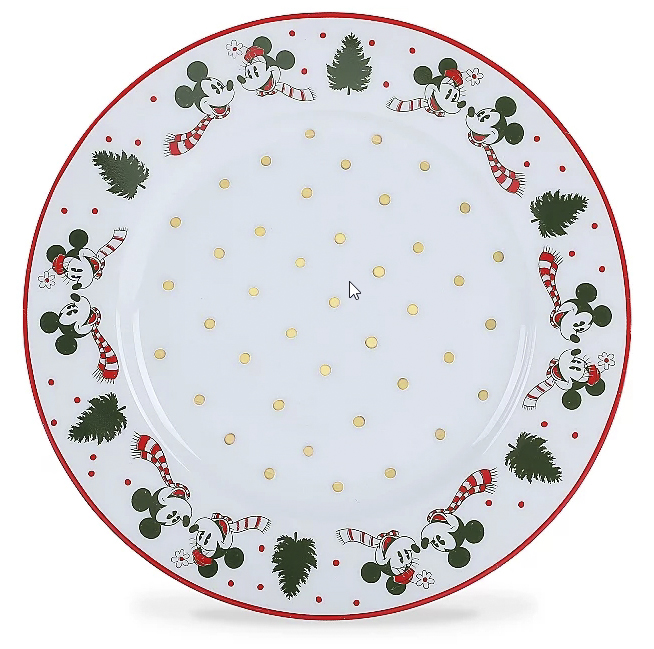 Another thanked the original poster for sharing, saying, "Just got a set for me and a friend."

But not everyone was pleased to hear of the markdown – some shoppers were gutted as they paid the original price earlier in the year.

One woman fumed: "Bloody 40 quid I paid for them in September." 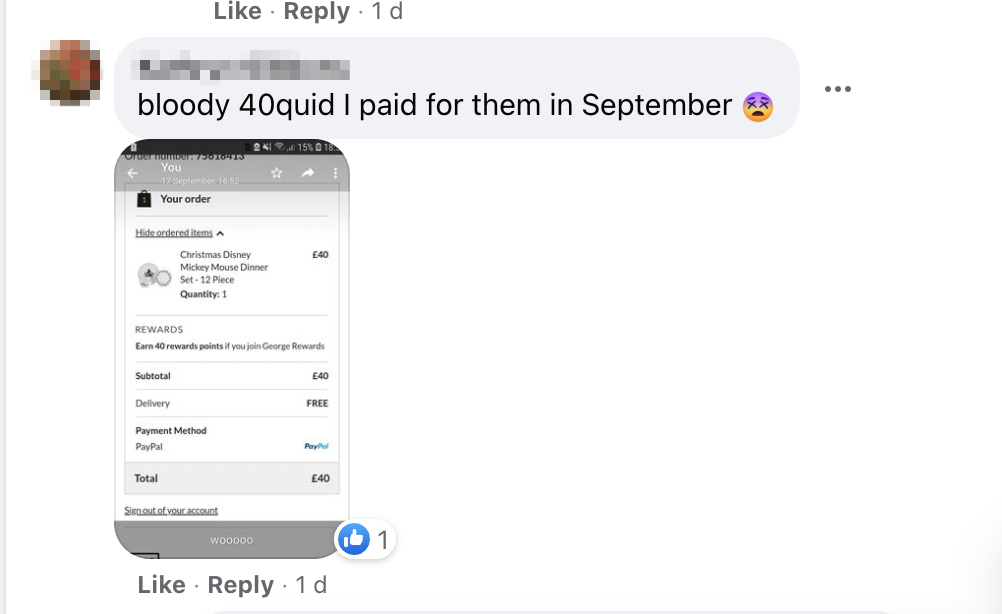 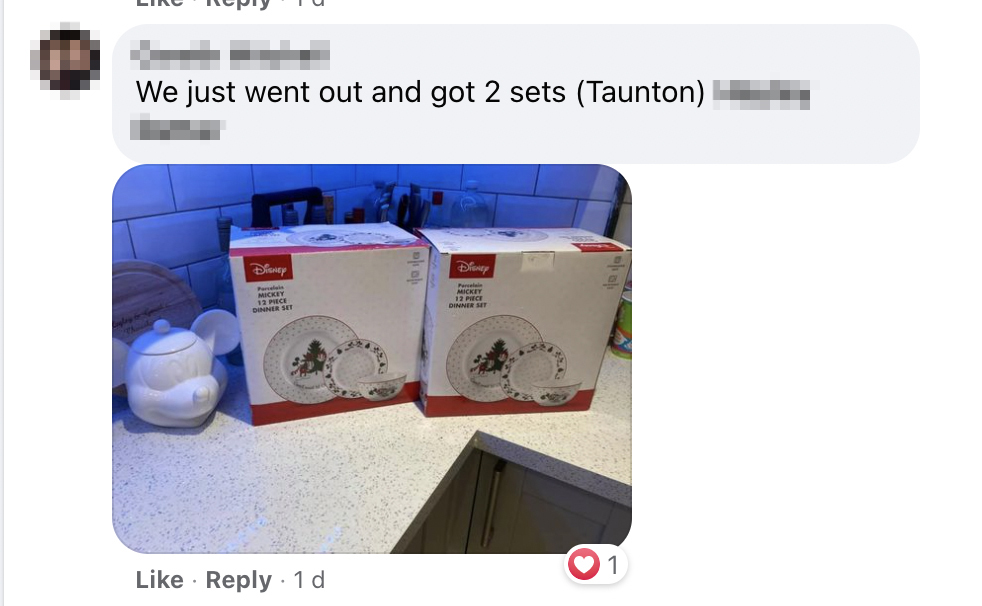 In other news, shoppers baffled by bonkers ‘butt-less’ PJs as the risqué ad follows them EVERYWHERE.

Elsewhere, a mum who slow-cooked gammon for seven hours left mortified thanks to hilarious mistake.

And for more festive cooking tips, easy swaps to save money on your Christmas dinner while still cooking up a feast & why you should raid the freezer aisle.