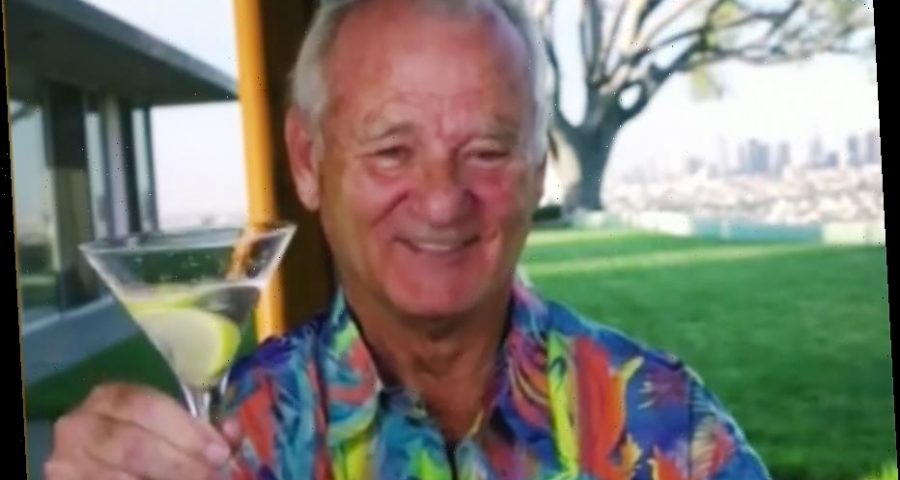 Bill Murray was channeling the tropics with his Golden Globes look Sunday night.

The actor, 70, joined the stream virtually from his home looking quite a bit more relaxed than his fellow nominees, sporting a vibrant multi-colored Hawaiian shirt with a sprawling yard in his background.

Murray, who was nominated for Best Performance by a Supporting Actor in a Motion Picture for his role in On the Rocks, added to the tropical vibe with a martini in his hand.

His drink of choice made him all the more prepared to virtually cheers Daniel Kaluuya after he won for Judas and the Black Messiah.

Murray's moment quickly went viral on Twitter, as many pointed out that the Caddyshack actor was giving off major work-from-home relaxation energy.

"Bill Murray zooming in wearing a hawaiian shirt is my vibe," one user wrote.

"And the Golden Globe goes to: Bill Murray's Martini!" one person joked.

Murray has become known for some quirky quarantine appearances, including during Jimmy Kimmel Live last year, when he took a bubble bath in a beanie and a pig T-shirt.

"I'm drawing my tub now, and I'm having a little difficulty because getting the right temperature is always a problem for me," Murray told Kimmel as he slowly started filling his tub with water.

"For the purposes of today, it's kind of a celebration, because I haven't seen you in a while, I thought a bubble bath would be appropriate," he added, before acknowledging the fact that his own tub was currently lacking in suds. "But you know how it is with bubbles, you can't snap your fingers and make them. They just come when they come."