A SAVVY dad has revealed how he bagged £70 of fresh food for just £2 – and made it last for six months.

Al Baker, 46, is a money-saving pro and engaged father-of-two from Aldershot. 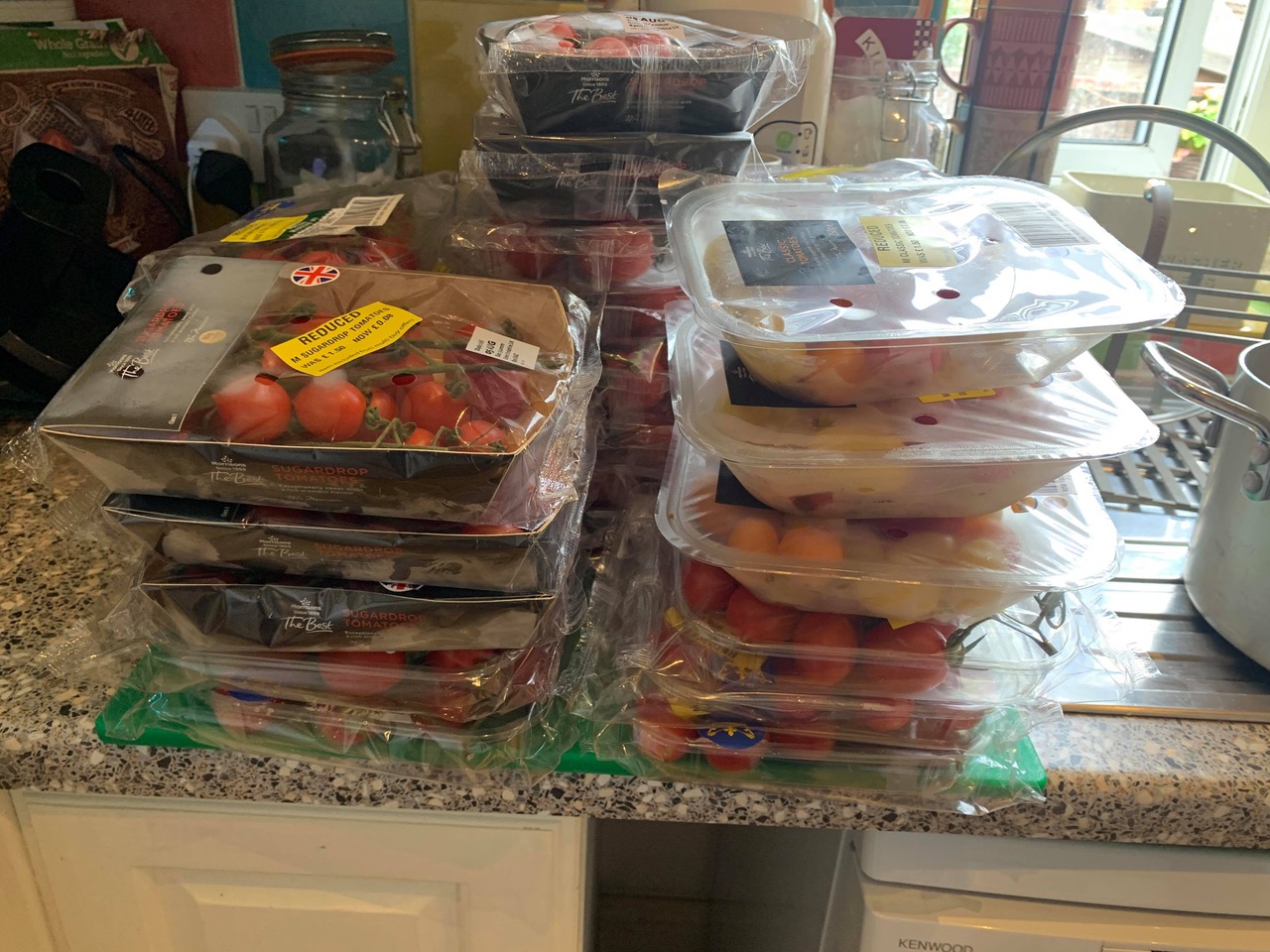 Al has plenty of genius wallet-friendly tips and tricks up his sleeve, which help him not just save money but also shop and cook in an environmentally-friendly way.

Sharing his tips online at his money-saving website thepennypincher.co.uk, Al recommends hunting down yellow sticker bargains, growing your own produce and ‘canning’ food to make it last as long as possible.

Al managed to grab 36 packs of tomatoes and six large onions on a yellow sticker deal for just £2.03.

He made the most of his bargain, roasting the tomatoes with onion, garlic and basic and making 26 jars of tomato sauce that will last him and his family ages. 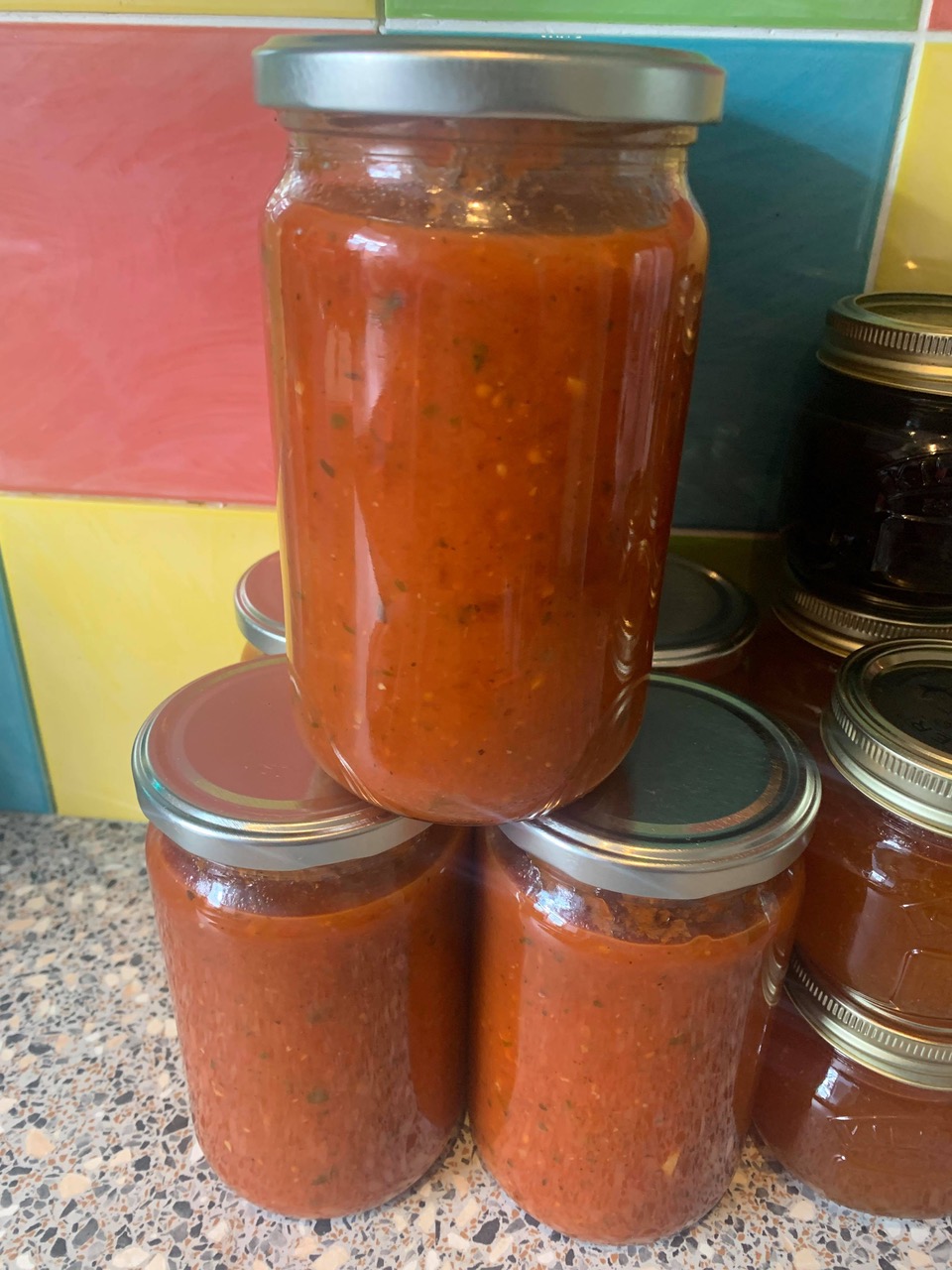 Al, who works in ecommerce for a bathroom supply company but is currently on furlough, told money-saving community LatestDeals.co.uk: "The tomatoes I managed to get hold of were a yellow sticker deal from my local supermarket.

"I’m actually working at the supermarket as a temporary worker, while I’m on furlough, which I still am, part-time.

“At the end of the night, we still had some 36 packs of tomatoes left on the clearance table, which is very unusual, and as these would normally go to waste, I decided to buy them, together with six large onions that were also still to be sold.

"My plan was to make a batch of tomato sauce to use these up, and to keep us stocked up with sauce, as we do get through a lot.

"My daughter is currently having to eat a gluten, sugar and dairy-free diet, and so we struggle sometimes to be able to find things that she can eat, especially if we are in a rush. 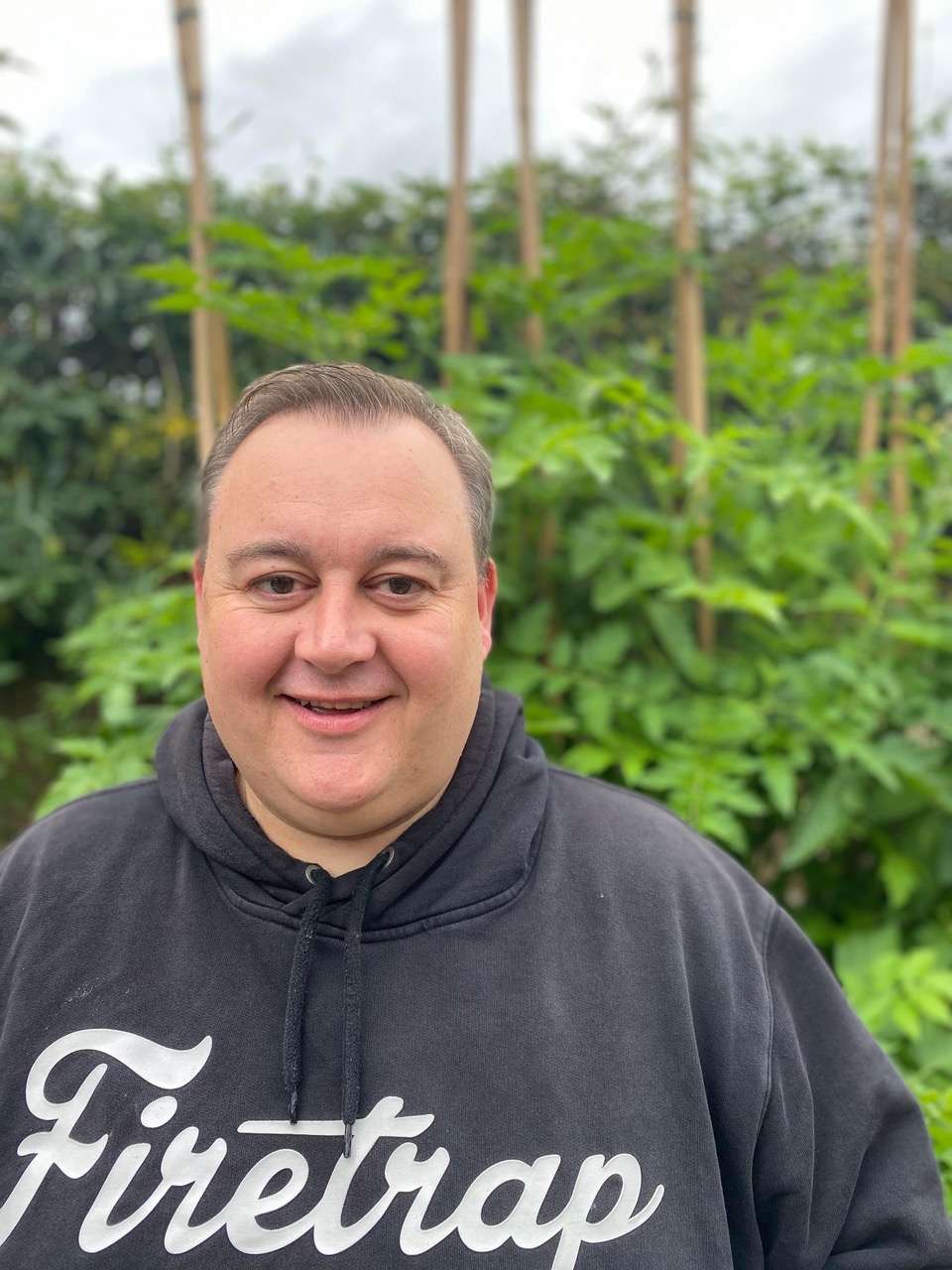 “This sauce ticks all the boxes, and so is really helpful to have in the cupboard!

"The veg came to £2.03, and I literally had kilos of produce to make use of! If I had purchased this at full price, it would have been over £70 and so this was a significant saving!

"I’ve tried many different ways of making sauce in the past, and my favourite method is also the simplest!

"The tomatoes were the little ones, and so didn’t need skinning. The bigger the tomatoes are, the more likely you are to need to skin them first, otherwise you can end up with big pieces of inedible skin, making the sauce less enjoyable.

“This is lucky as it would have taken some time to have skinned all the tomatoes! 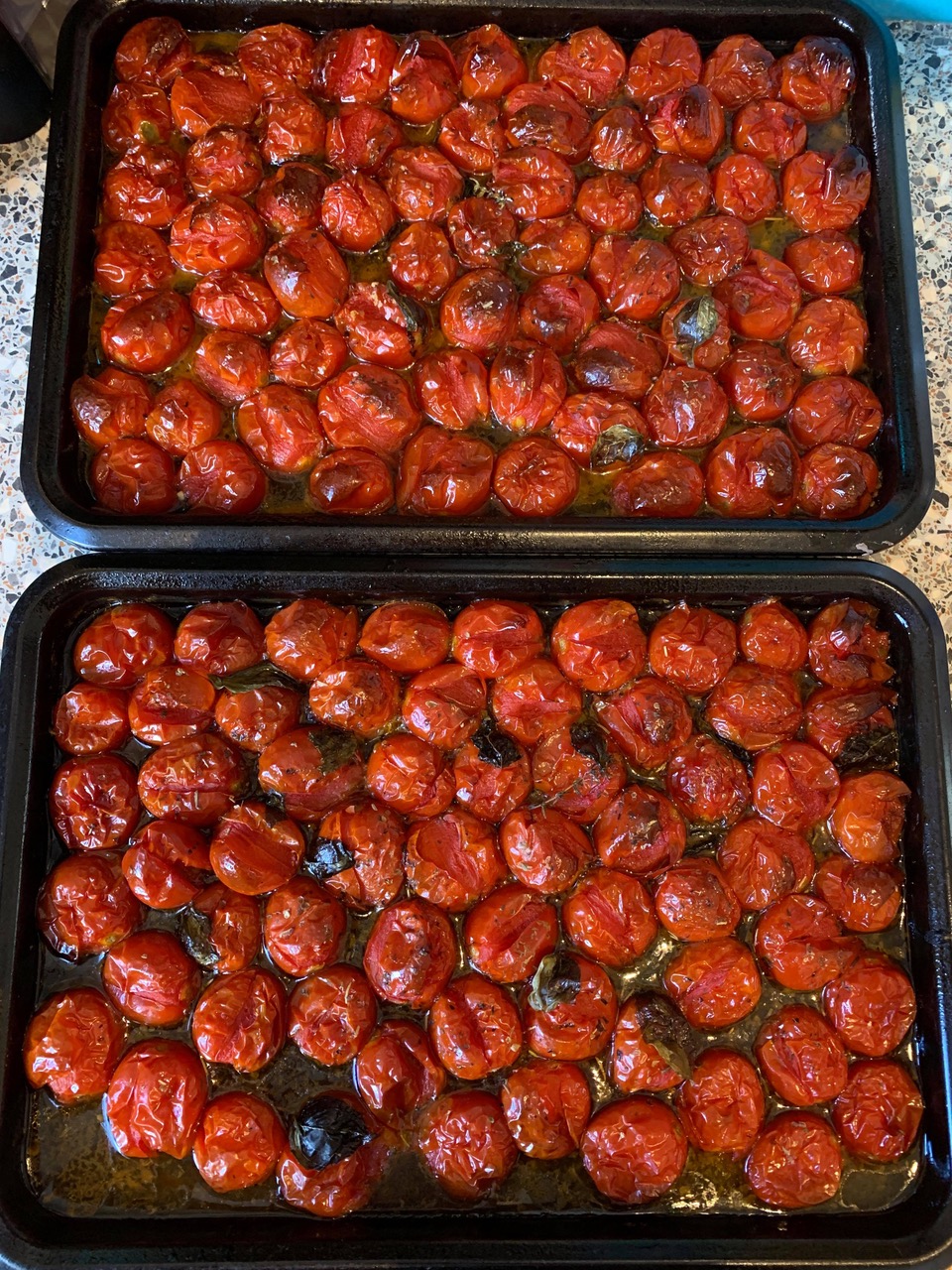 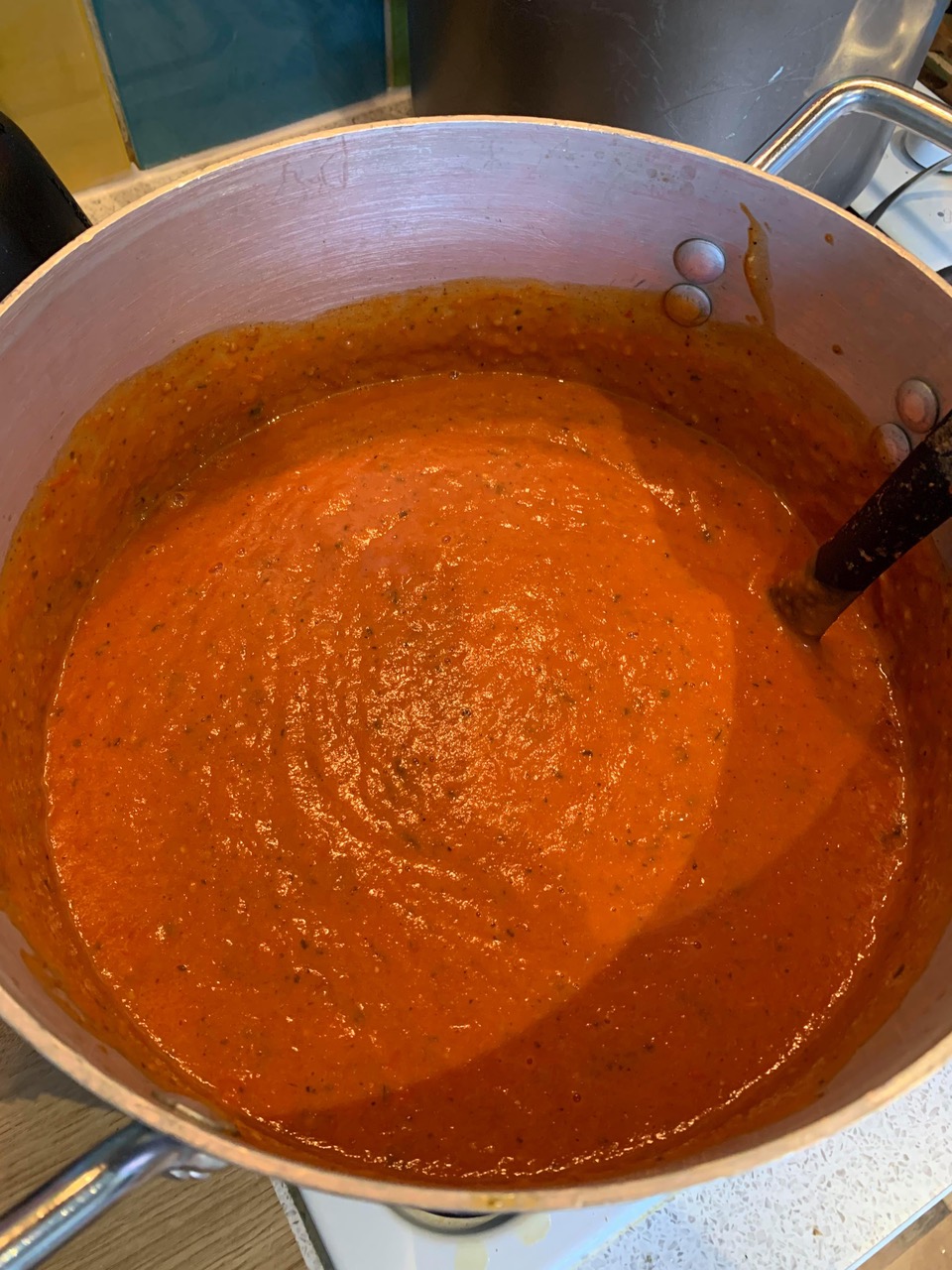 "The method is pretty simple. I left the tomatoes whole and put these onto deep baking trays, with sliced onion, some mixed herbs, plus some fresh basil from my garden, and cloves of garlic that I had already.

"I simply roasted the veg on a medium heat, for about an hour, to let the veggies release lots of delicious flavour and juices, and it smells amazing while it’s cooking!

"Once cooked, I added all the veggies into a large saucepan and used my hand blender to thoroughly blend everything together, and seasoned the sauce with a little salt and pepper.

“That was it… a homemade tomato sauce, made with just natural ingredients, at a very low cost!

"Now obviously I now had litres and litres of sauce and had to preserve it somehow. 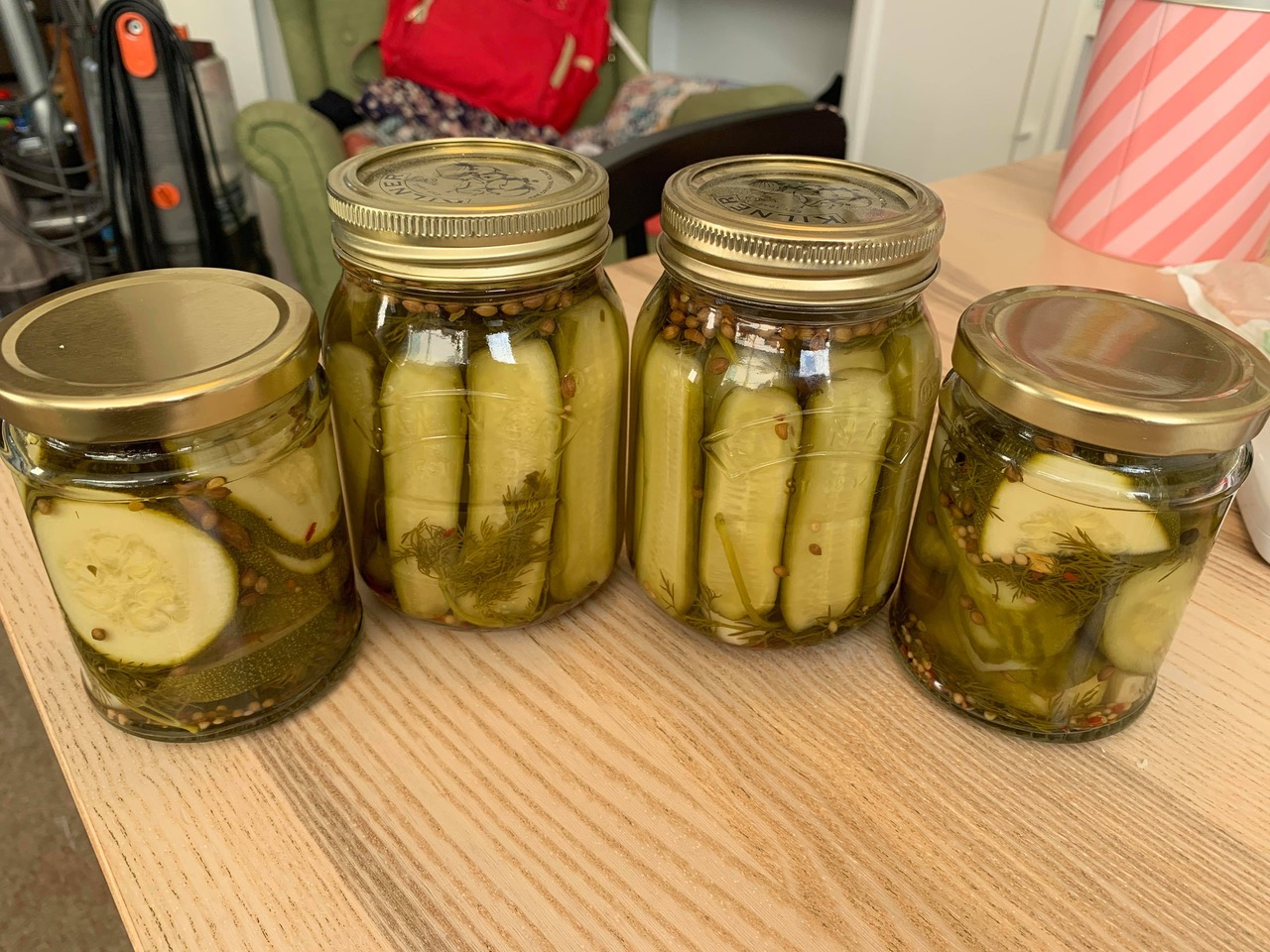 "There are two ways I do this. The first, being the most convenient, cheapest and simple, is freezing.

"The easiest way is to put the portion size of sauce you prefer into freezer bags and pop them into the freezer for later use.

“They will easily last six to nine months, and are conveniently stored in portion size bags.

“You can take out exactly what you need, which reduces the chance of any waste.

"If you lay the bags as flat as you can on top of each other when you put them in the freezer, you can then save a load of space, and so store more, and also not take over your freezer, leaving you no room for other items! 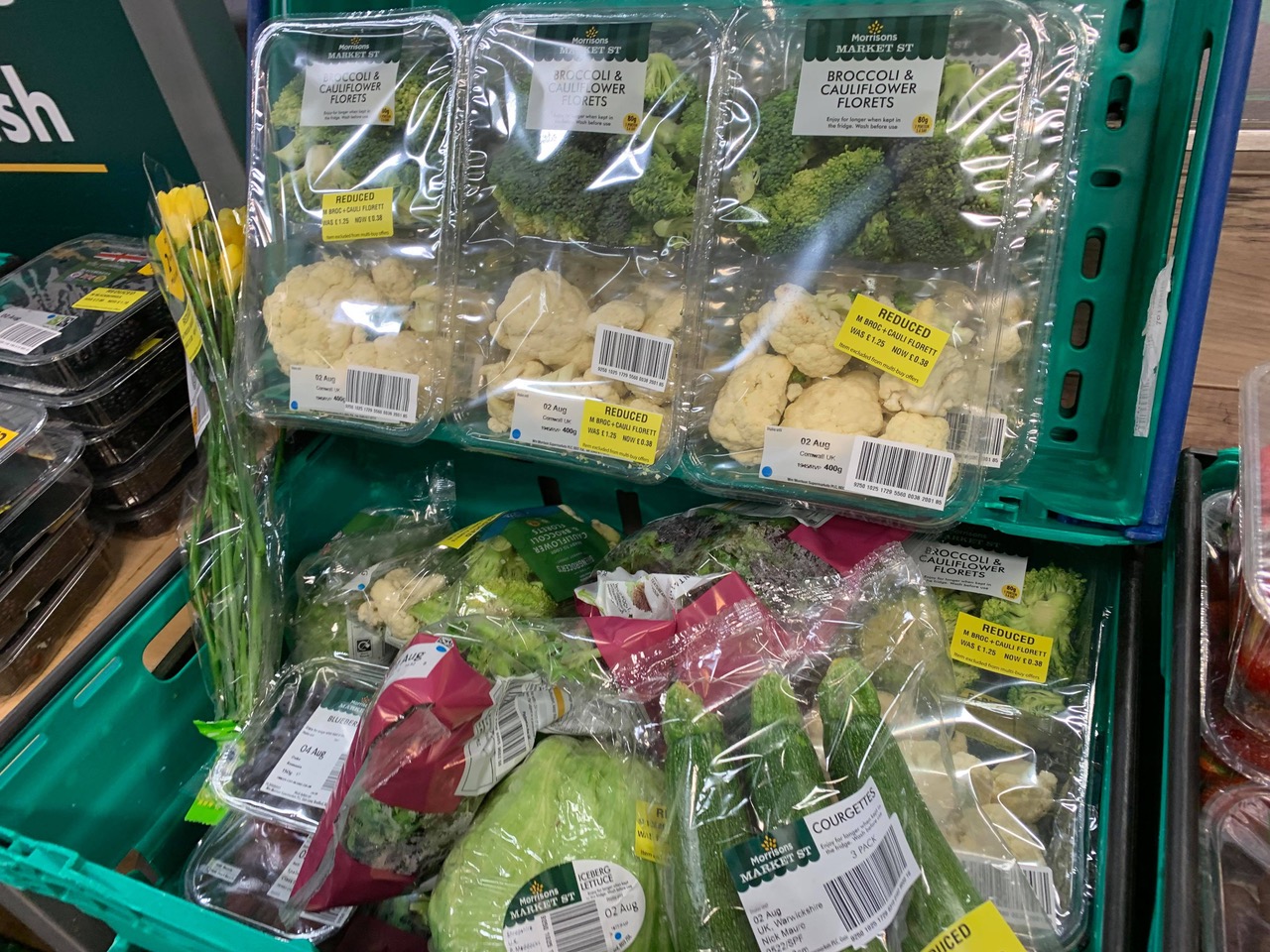 "Space in my freezer is a very short commodity, the freezer is almost always full – normally with yellow sticker bargains! – and so freezing is not an option.

“We have no room for a second freezer, and so this year I have started ‘canning’ my sauces and produce.

"Canning isn’t quite as it sounds. There are no metal cans. Instead, the canning uses glass jars to preserve the food, so you end up with a cupboard full of jars of sauce, similar to if you purchased jars of sauce from the supermarket.

"In order to can the sauce, you need to make sure the jars are clean, and also sterilised, as we don’t want nasty things growing in the jars! 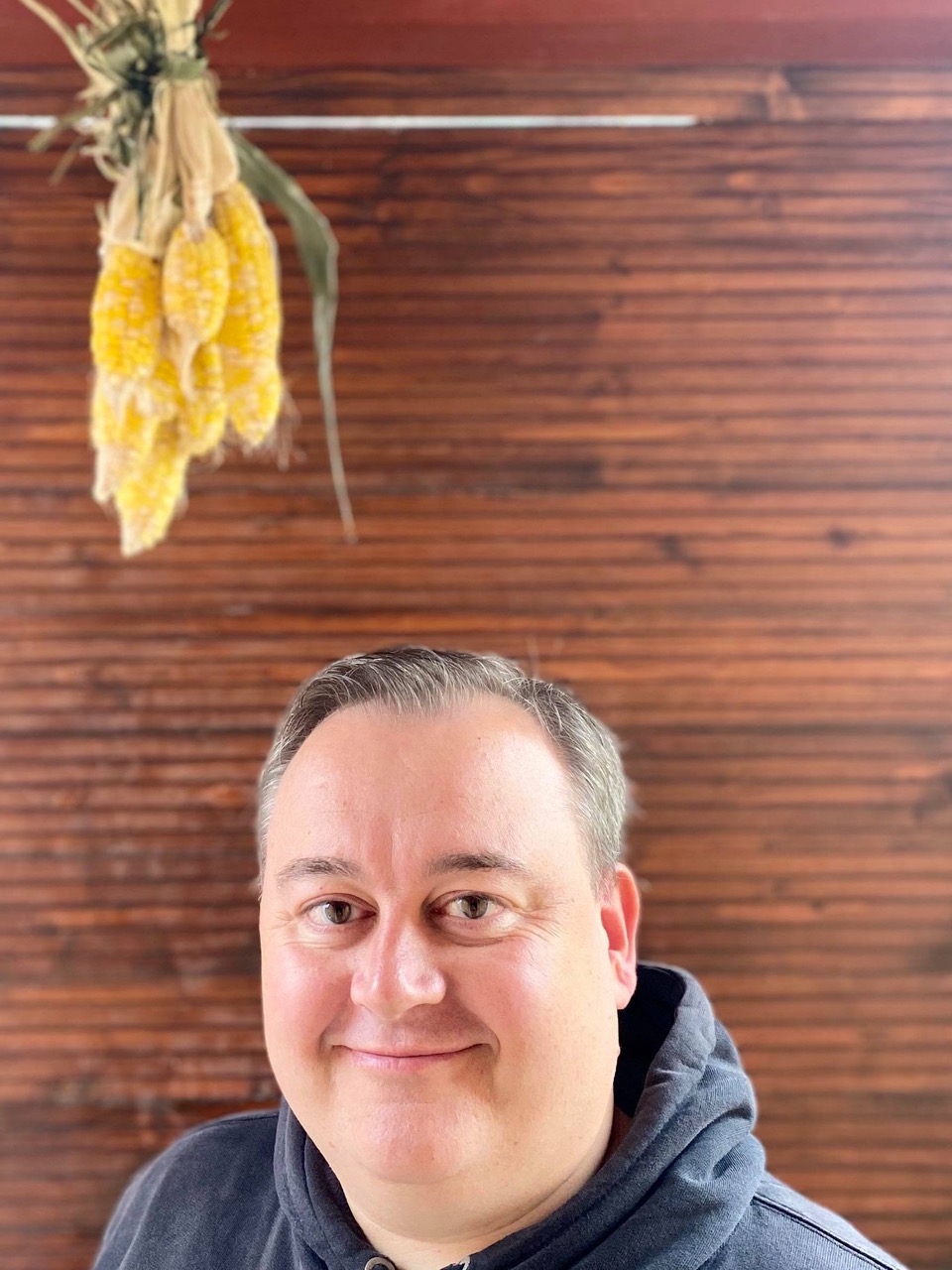 "Sterilising involves either boiling the jars in water, or by putting them in the oven, to ensure they are clean and sterile.

"You then add the hot sauce to the jar, leaving a small gap between the sauce and the lid, and then put the lid on.

"The jars then need to be water bathed, again to make sure that any bacteria is killed and to aid preservation.

"Water bathing involves submerging the filled jars in a large sauce pan of boiling water for around an hour.

"Once the jars have come out, they will cool, and you will hear a very satisfying pop, which is the jar sealing.

"This should last up to two years, and so offers a great shelf life and allows me to have access to my sauces, which then take just a few minutes to heat up when needed, which is ideal for a quick meal. 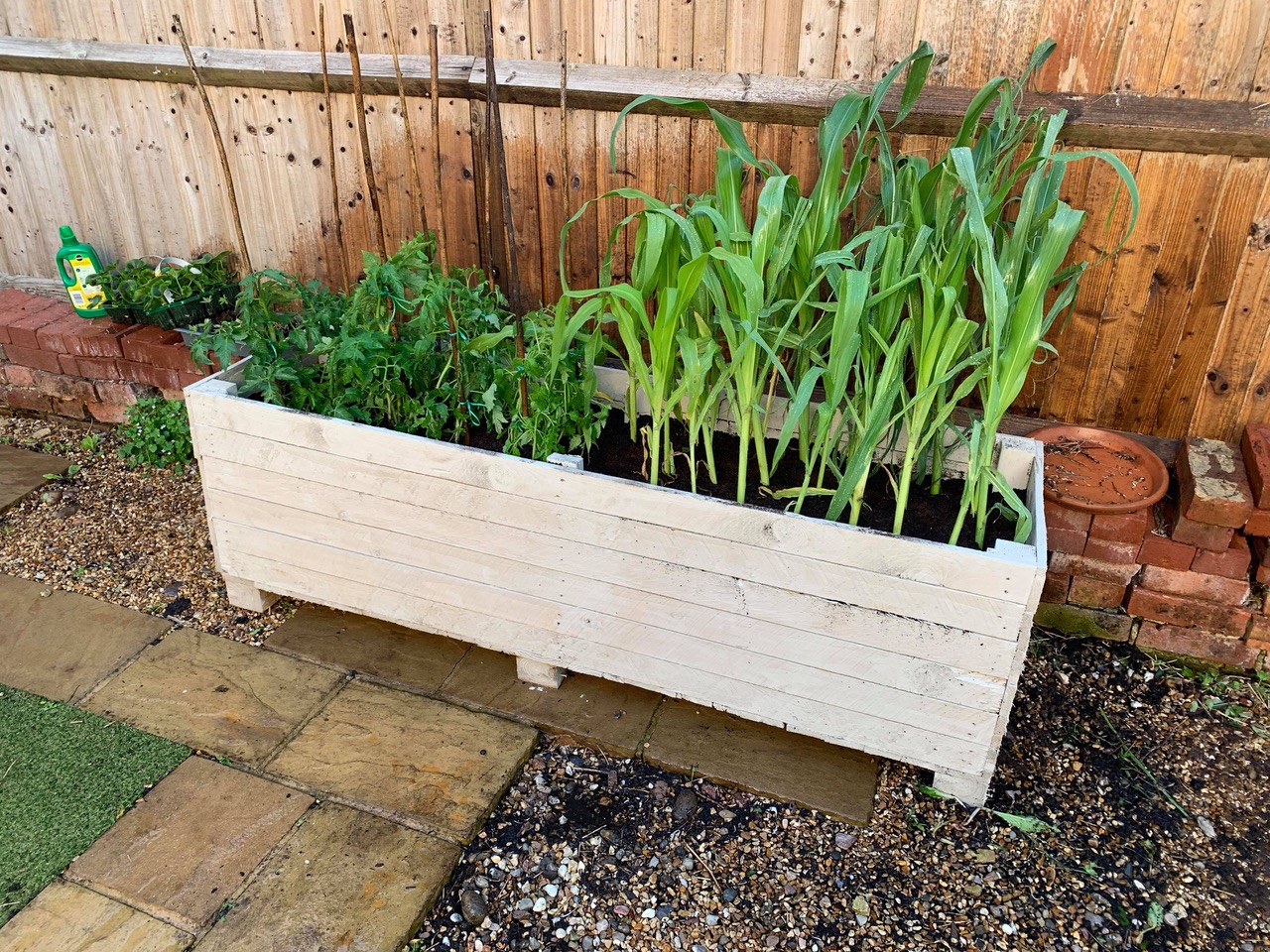 "I managed to get the jars for just 35p each, and so the overall cost of the batch was still much cheaper than if I had gone and purchased 26 jars of sauce from my local supermarket.

“Plus, it's all natural and contains no chemicals or preservatives, just wholesome ingredients! More often than not, you can use the jars again, so that does reduce the cost over time.”

But how do you find the yellow sticker bargains in the first place? Al recommends speaking to staff to find out what time reductions are made in-store.

“I’ve always been a fan of seeking out yellow sticker bargains, and a few years ago, my financial situation took a very negative path, and as a result, my family were living day to day, and really struggling to survive financially,” he adds. 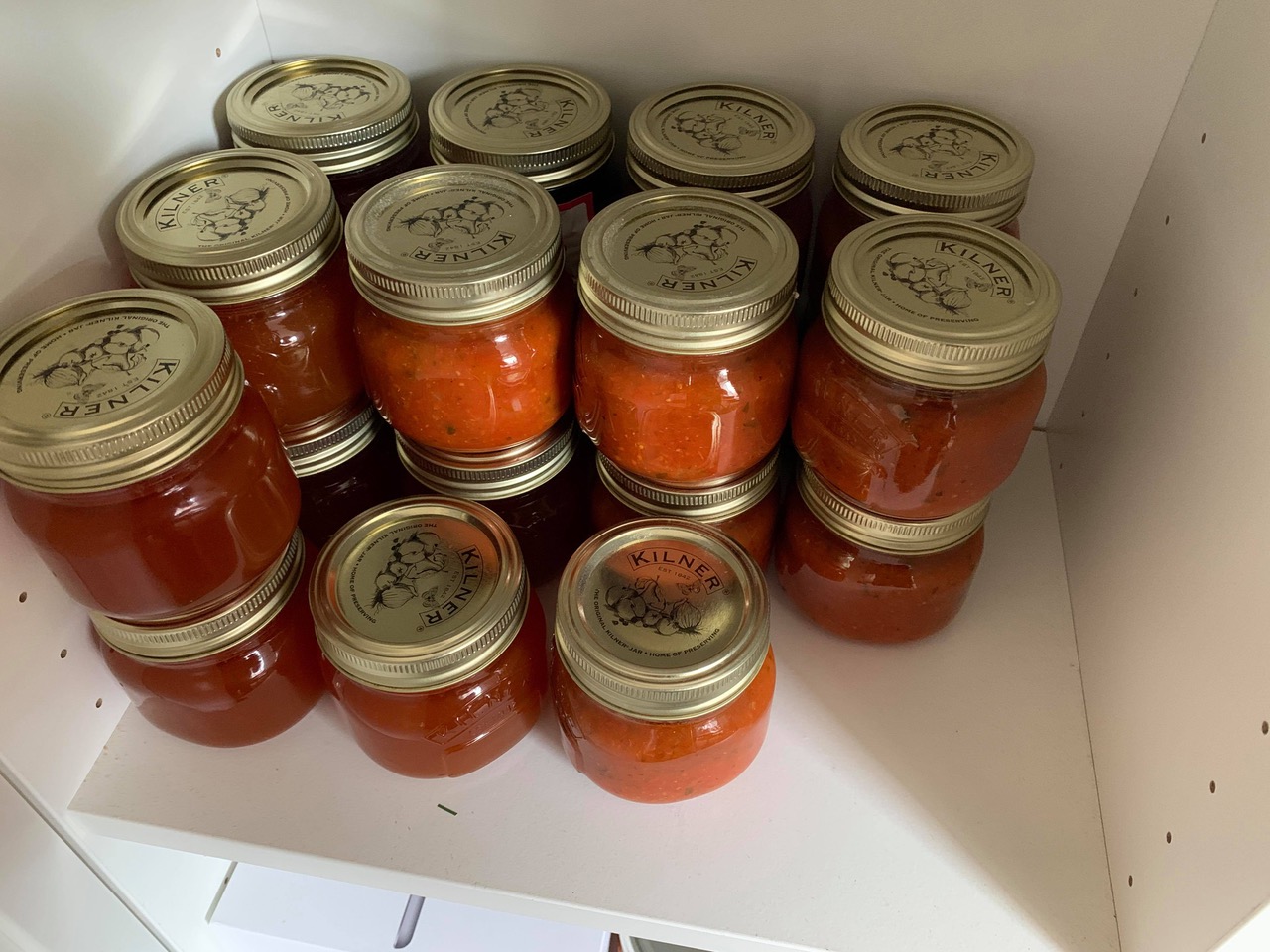 “By speaking to the store staff and finding out what time the reductions were done in each store, I was able to plan which store I should go to, and at what time, to be able to find the highest discounted deals.

"Most stores will do reductions for the next day the day before, at around a 25% discount maximum.

“They will then hope that this will clear the products without having to discount further. However, any goods that then haven’t sold by early evening the next day will then be reduced to between 75 and 95% of the normal selling price.

“The challenge is to find out what time your local store will do the final reductions, and to be there at the right time, especially as you are not the only person to be have this idea, and it’s usually a free for all to grab the best deal first!

"My local supermarket put out the final reductions at 7pm, and that’s when the best deals can be had, and in the case of the tomatoes that’s when you can find absolute bargains!”

Al also recommends trying to grow your own produce at home, and believes that the pandemic has given us a push in the right direction when it comes to growing your own.

“I’ve always dabbled a bit in trying to grow my own veg,” he explains.

"This year has been different: COVID-19 started to look serious, I ended up on furlough, and we all went into lockdown.

“This gave me plenty of time to actually look at the whole grow your own veg plan as something more important than the years before, as we had no idea what was going to happen with our food supplies, and how long it was all going to last for.

“So I got going with planning what to plant, where to plant and how to look after it.

"The result has been an endless supply of summer produce this year!”

Tom Church, co-founder of LatestDeals.co.uk, comments: “The pandemic has piled a huge amount of finance-related stress onto many families, so money-saving tips and tricks have never been more useful as we slide into a recession.

“Al has so many amazing money-saving tips up his sleeve: hunting for yellow sticker deals, growing your own fruit and veg and ‘canning’ are all excellent ideas that will save lots of money as we head towards the winter!"

In other money-saving news, this mum challenged her son, 9, to shop for himself for a week and he bagged all his food for under £8.

And we also shared how a mum feeds her family-of-four for £1.50 each a day and shares her monthly meal plan so you can too.

Plus a woman bags massive Tesco grocery haul for just £11.92 thanks to yellow stickers, then gets slammed for being ‘greedy’.