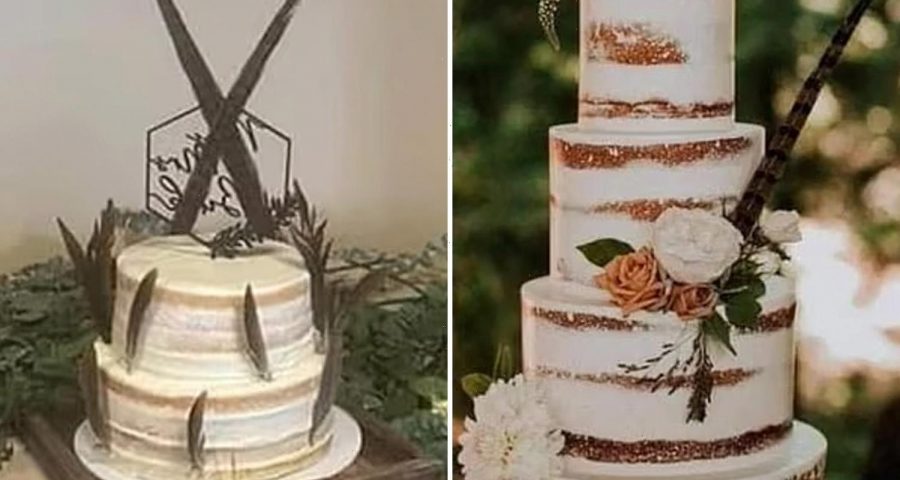 A BRIDE has been left absolutely devastated after the wedding cake she ordered looked nothing like the reference picture she showed the bakery.

Posting in a Facebook group, the woman revealed that she had requested a four-tiered naked wedding cake with flowers, limited frosting on the sides and a statement feather. 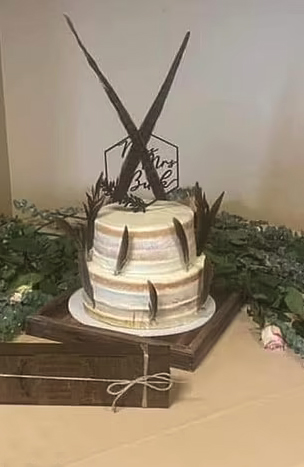 Sadly the cake she ended up receiving was nothing like she expected – and she was refused a refund.

The cake that she was given had only two tiers, had practically no flowers and featured multiple feathers around the side and on top.

A woman from the US saw the photos of the cakes online and shared them online, chastising the person who made the cake.

"Shaming this baker. Found this in a bride group and poor OP is so upset. Apparently they are refusing to refund her," the woman wrote.

"What they got vs what they wanted. Seriously is that even sanitary?"

A variety of comments questioned why naked cakes are still on-trend, with many of them saying the lack of icing makes the cake look incomplete.

"I've never understood the trend of naked cakes, they look so unfinished to me," one person wrote.

Another added: "Maybe I don't get it but why would you want a wedding cake with dirty icing on it?"

Others questioned the addition of the feathers and whether the bride had asked for it without the flowers.

"I don't understand why there are so many more feathers," one commenter wrote.

A fourth person said: "Sometimes I wonder if the baker really messed up this bad or if they were just following the customer's directions as best they could. Like 'I want this cake but only two tiers and I don't want any flowers'." 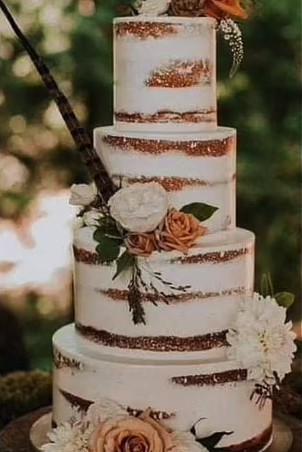 Plus I’ve been blacklisted by ALL my fiancé’s family because of my wedding dress – I don’t know if I’m in the wrong.

And I don’t care if people think it’s petty we FINED pals £174 for not showing up at our wedding – it’s plain disrespectful.