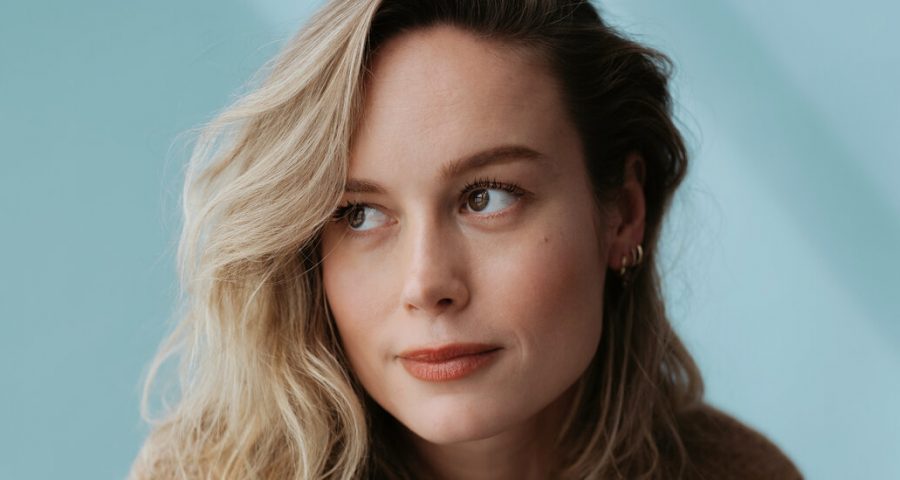 Brie Larson was not at last week’s Oscars, though she won one for her acting in “Room,” about a mother in captivity, five years ago.

Quarantine, a different sort of captivity, had brought forth some other talents. Ms. Larson can scuba-dive, find edible mushrooms in the forest, create songs out of Instagram comments and bake cookies without a recipe. She signed up to climb the Grand Tetons without Googling a picture first. She is learning French.

And she is now also famous for her online doings. 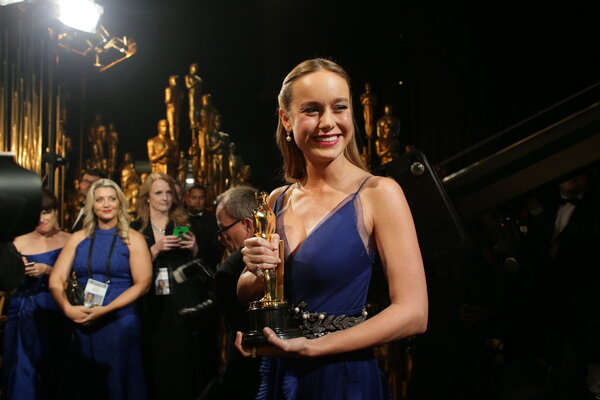 Last July, after a series of celebrity gaffes, Ms. Larson’s name started trending on Twitter. No, she hadn’t posted an ill-advised pandemic message. On the contrary: She had opened a YouTube account and shared her first video, “so, I made a decision …”

In the eight months since, she has amassed more than half a million subscribers and used the channel to showcase her many, many interests in playful, rather homespun videos. She has been gaining 20,000 to 50,000 subscribers per month.

Unlike many actors, Ms. Larson, 31, wasn’t mid-production when the world shut down. “I had already decided to take time off because I felt like I needed to recalibrate,” she said. But the onset of the pandemic was a “moment of growth,” because she gained new insight about her Hollywood colleagues based on how they discussed safety issues. “The thing that I care the most about are the people that I’m making anything with — they are more important than any piece of art,” Ms. Larson said.

She eventually scrapped nearly all of the projects she had been developing prepandemic. “I love that my job is like holding up a mirror to society, and society changed, so it meant I needed to start over again,” she said.

The only project she didn’t scrap was the YouTube channel, which had been planned for almost a year. It mirrors society in a different way; a hundred years from now, someone could watch her videos and get a sense for the mundane ways the creative class spent their year indoors. Ms. Larson cut her own hair! She wore tie-dye! She played Fortnite! She even investigated one of life’s great mysteries: “…. but will it air-fry?”

“My days usually involve staring at a screen, answering emails, and spiraling occasionally,” Ms. Larson said in a recent video.

‘We Could Do Crafts’

For most of her career, Ms. Larson, perhaps most widely known as Captain Marvel, a.k.a. Carol Danvers, has been a chameleon. She had a stint as a pop star, opening for Jesse McCartney in 2005. She also is the type of person who packs an entire suitcase of art supplies for a theater festival in the Berkshires, and after meeting a kindred spirit, Jessie Ennis, at a rehearsal for “Our Town,” a decade ago, invites her to “make summer valentines.” The two have been best friends ever since.

“She was like, ‘Hey, want to come over to my place? We could do crafts!’” Ms. Ennis said, in a very good impression of Ms. Larson’s voice. When she arrived at the house, Ms. Larson showed off an arrangement of construction paper, glue sticks and scissors. “Most people my age were just trying desperately to seem cool,” Ms. Ennis said. Instead, Ms. Larson exuded self-assured sincerity.

But after finishing the “Captain Marvel” press tour in 2019, glue sticks and scissors weren’t going to cut it as creative escape. “I was starting to feel like my own image of myself was oppressive,” Ms. Larson said. “There’s something very different about being shown to the world as a superhero,” because carrying the mantle of Carol Danvers’s superhuman strength came with pressure “to uphold a certain image.”

With that blockbuster movie came a platform bigger than any Ms. Larson had imagined, and while she tries to use that platform to talk about antiracism, inclusivity and other causes she cares about, she started to feel that every time she spoke to the public, she needed to Say Something.

“It’s so exhausting to spend so much time nit-picking within your own head every detail of what you’re going to say,” she said. “I needed to know that it was OK for me to do something that was silly or simple and it wouldn’t blow everything up, which sounds really absurd almost a year later.”

She treated vlogging like studying for a new project. “When I’m prepping for a role, it’s like getting a crush,” she said. “You want to think about them, you want to talk about them, and everywhere you go, it’s almost like you get magical signs because your whole world is this love.”

Part of her research involved video calling successful YouTubers to learn their secrets. In that first announcement video, there are moments where Ms. Larson matches each vlogger’s emotional temperature.

“People love living vicariously through YouTubers, they love it, it’s weird,” Kelly Stamps, a vlogger, says in the video. “Like if you just go through my comments, people are just saying, ‘I love just seeing you be yourself on camera.’ Be relatable by just being honest.”

On a Zoom call in April, Ms. Larson tied up her damp hair and fixed the collar of her tartan Batsheva smock dress. She had just emerged from the sauna and ice bath, recovering from a training session for “Captain Marvel 2.” Sometimes, she vlogs her workouts with her trainer, Jason Walsh. “I just wanted to feel like in the human realm I could accomplish what she was doing in this superhero realm,” she said. “And it helped me inform the character. It didn’t make sense to just stand there and be like, ‘The C.G.I. will take care of this.’”

Over the years, Ms. Larson has learned how “plastic” her mind and body can be. “They can change for good and bad depending on what it is I’m doing,” she said. She has struggled mentally by playing characters like Joy Newsome in “Room” and Grace Howard in “Short Term 12,” but with Captain Marvel and Kit from “Unicorn Store,” her directorial debut, she felt herself embracing some character traits and taking them home with her.

Dishes in the Sink

Though she started acting at age 7, Ms. Larson did not become a household name until her mid-20s. Auditioning required her to be a different person in every room. “I was so scared, I was so serious,” she said. “I was fighting for my survival as well, with every audition going, am I going to pay my bills this month?” Now, she said, she feels that “it’s OK to be myself, and that’s going to allow me more agency to play these characters.”

Vlogging has become a form of self-care. Ms. Larson blocks out an hour every week to talk to herself in a painted corner of her garage, the brightest spot in her rustic Los Angeles home. The resulting video “might not be much, but it matters a lot for me.”

Though most of her videos bubble over with whimsy, she’s also talked about social anxiety, rosacea (breaking out in hives on the way to red carpets) and food issues (“I’ve probably had every eating disorder that’s possible. Why? Body dysmorphia and a sense of control, I guess.”)

She’s not trying to elicit sympathy by being vulnerable; instead, she wants to dispel the myth that Hollywood actors live perfect, polished day-to-day lives. “Since we’re not together physically, the internet is our whole world right now,” so she believes it’s her responsibility to share her life as it is. “I’m not precious with the fact that I don’t have anything together,” she said. “There’s dishes in my sink right now. I would be embarrassed to do a walk-through of my house.”

She doesn’t engage with comments, because she doesn’t consider it her “business” to know what people think of her. “I’ve had that promise to myself since the moment that I signed up for Instagram,” she said. “I’m such a mystery to me. How could I be known by anybody?”

On Ms. Larson’s desk is a French textbook and a copy of the “Tao Te Ching,” translated by her friend Stephen Mitchell. At any given time, she’s reading five to seven books, usually a mix of fiction, poetry and spirituality. She once told Ms. Ennis, who is also an actress, “you might go a year without work, but you can fill it with all this learning.”

This insatiable curiosity prompted the friends to start a podcast in March called “Learning Lots,” on which they invite guests like the mountaineering filmmaker Jimmy Chin and the Instagram poet Rupi Kaur to discuss big topics, like fear, truth and friendship.

Though the friends compare themselves to the emoji of sisters with linked arms, they spent most of 2020 apart; Ms. Ennis said watching Ms. Larson’s vlogs helped her feel connected. “I was surprised to learn she doesn’t use any measuring cups when she’s baking,” Ms. Ennis said. “That gives me a full-blown rash.”

Ms. Larson plans to channel her YouTube baking experience into her next role, a scientist who hosts a 1960s cooking show in the upcoming Apple series “Lessons in Chemistry,” which she will also executive produce. “I put myself in situations where I’m immersed in the subject and see what comes up,” she said, in terms of what her character Elizabeth Zott may be feeling.

She has no plans to quit vlogging, though: “The most rewarding part is it hasn’t been that much of a big deal.”