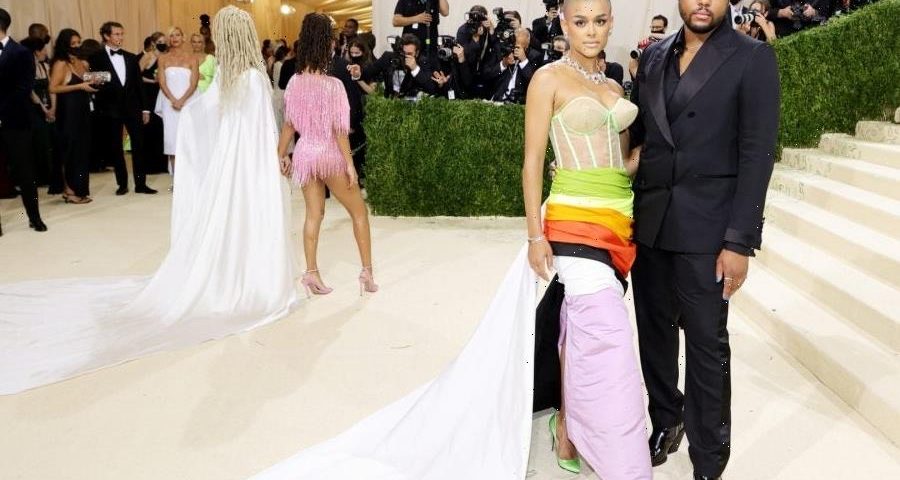 We are officially one week away from Fashion’s biggest night, the Met Gala! As part of the institution’s programming, celebrating the current Costume Institute exhibition, “In America: A Lexicon of Fashion,” they’ve teamed up with Instagram for a limited-edition capsule series. Several American designers were tasked with producing unique memorabilia, from Virgil Abloh, Aurora James, and most recently, Kerby Jean-Raymond. And now, the final drop in Instagram’s designer collaboration series in partnership with the Met’s Metstore drops today; with no other than the color theory master, winner of the 2021 CFDA American Womenswear Designer of the Year award himself, Mr. Christopher John Rogers.

Christopher John Rogers, known for his exaggerated silhouettes, modern approach to glamour, and the brand’s rainbow palette, has stayed true to his aesthetic for this capsule. Produced exclusively for The Met Store, John Rogers designed three tees, in three colorwyas, with the message: “High Fashion Drama Met Gala Extravaganza.” The tees retail for $175 to $195, exclusivley via The Met Store’s Instagram storefront.

“My work was exhibited in the Metropolitan Museum of Art for the first time in 2021, and this tee was developed in commemoration of that moment. The styles come in 3 colors — Hibiscus Pink, Lime Green, and Black, and feature one of our favorite phrases in the studio embellished with crystals or printed with metallic foil” said Christopher John Rogers via press release. “I’m very excited to have this available with one of the most renowned institutions in the world.”

Made possible by Instagram, The Costume Institute’s In America is a two-part exhibition on view through September 5, 2022, with part one taking place this past September, and the part two opening next Thursday, May 5th, 2022.