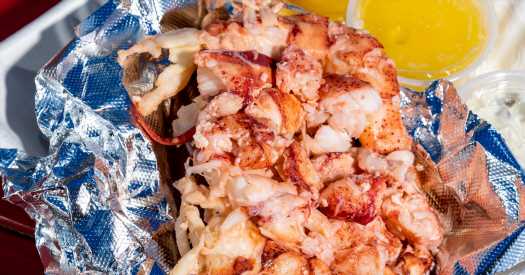 WISCASSET, Maine — On the first weekend of June, the scene at Red’s Eats seemed much like summers past. The line of tourists waiting to order at this picturesque seafood shack ran down the block. The sun beat down and employees passed out umbrellas and water, the sort of nicety you provide when your restaurant makes “best of” lists and causes traffic jams in attracting people from across the country.

The only change was the price: This year, the lobster roll is $30.

“Are you kidding me?” said Bindu Gajria, who was vacationing from Philadelphia and hadn’t checked the menu before getting in line. “I was going to order one, but now I’m having second thoughts.”

And $30 was a relative bargain. Two weeks earlier, as reported in the Bangor Daily News, Red’s was selling the sandwich for $34 — a mere $136 to feed a family of four. 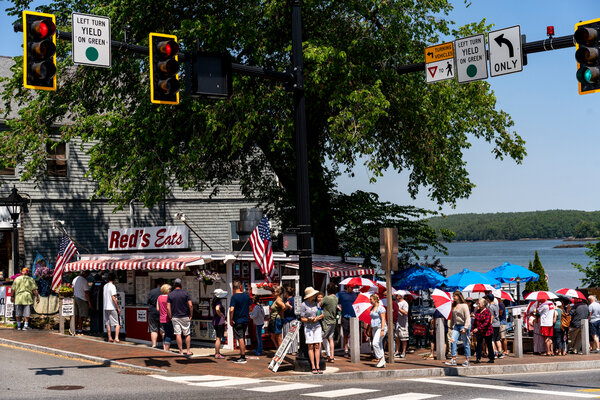 Up and down the coast of the northeastern United States, the price of lobster — and thus, lobster rolls — is at historic highs, say restaurateurs who serve them.

“The most it’s ever been,” said Steve Kingston, owner of the Clam Shack in Kennebunkport, Maine, who this summer is charging $24.95 for his lobster roll.

Last year, the lobster roll was $18.95, but the price of lobster meat “was so high that we had no choice but to go significantly higher,” he said.

At the Lobster Landing in Clinton, Conn., an eatery that’s earned praise in Yankee magazine for its roll, the cost is up 75 cents from last year, to $19.75.

As with used cars and houses, the price spike in lobster meat is, in part, a matter of supply and demand exacerbated by the pandemic. Home cooks, stuck inside during the lockdown, turned to all manner of seafood to expand their palates and learn new kitchen skills over the past year.

“The processing sector is demanding a lot of meat,” said Dick Douty, an owner of Douty Bros., a lobster wholesaler and processor in Portland, Maine. “There’s more players, and there’s not more lobsters.”

Is lobster roll inflation, dare we say, transitory? It’s true the catch tends to be lower in May and June and increases through July and August, as the lobsters migrate to shore with the rising water temperatures.

But the lobster industry is also “inefficient by design,” said Annie Tselikis, the executive director of the Maine Lobster Dealers’ Association.

There are roughly 4,500 licensed lobstermen in the state of Maine, and every fishing vessel is an independent operator. “The fishery and the supply chain are completely disconnected,” Ms. Tselikis said. “I cannot tell those boats to go fishing,” if a captain decides to take the day off.

And when it comes to processing, she added, “We don’t have a lot of automation in this industry because we’re dealing with an animal that has two large claws, eight legs, a tail and an exoskeleton. In order for that lobster to get out of the ocean and to a consumer is an incredible process. This isn’t a hot dog. It isn’t a hamburger.”

All of which has resulted in an epic mismatch between supply and demand so far this year. So epic, in fact, that Red’s opened in April with no lobster on its menu. That’s like Peter Luger opening with no steak.

But the lobstermen and women from whom Red’s buys were not having good harvests, even offshore. So it was either go without until live lobster was available or serve frozen meat — an option that Debbie Gagnon, an owner of Red’s, likened to “a stake in the heart.”

Wearing a red Red’s T-shirt and ball cap, Ms. Gagnon spoke to a reporter through the order window, where she was simultaneously scribbling on a pad and making announcements over a loudspeaker (“Welcome to Red’s. Get ready for the best lunch in Maine! … Last weekend we had Academy Award-winning actress Susan Sarandon waiting in line …”).

“Frozen lobster is like wet cardboard,” she said. “And it’s not who we are. I would never, ever serve frozen lobster.”

Just down the hill from Red’s, another lobster shack, Sprague’s Lobster, was selling its roll for $25.95, and you didn’t have to stand in line. Further up the coast, at McCloon’s Lobster Shack on Sprucehead Island, the roll was $19.95. Then there was Mr. Bacci down in Connecticut with his 20-cents-off roll.

Was there a gouging of tourists by some eateries? Or are varying prices an indication of individual restaurants’ approach to the roll?

The owners of McCloon’s, which include Mr. Douty, also own a wharf, where they furnish the lobstermen with bait and fuel and buy lobsters directly, making supply less of an issue. They stuff their $20 lobster roll with four ounces of meat.

Red’s serves a buttery, heaping roll that contains so much meat — about eight ounces — the bun is invisible. Decreasing the portion size would be another stake in the heart.

Ms. Gagnon hopes to lower the price as the supply increases. But many restaurants set the lobster roll price at the beginning of the season and maintain it. Mr. Kingston, who tends to operate this way, said determining the price for his 5½ ounce roll was “painful” this year.

“I worry about this stuff,” he said. “We’re on people’s bucket lists. They will tell me, ‘We got off the exit to come here. We understand you serve the Bushes.’ But there comes a point.”

How much is too much for a summer food tradition?

Places like the Clam Shack, which has won the Lobster Roll Rumble several times, and Red’s, may have pricing power, at least during the tourist season — especially after last year’s lost summer, as Americans are traveling and embracing life outside their homes again.

Steve Pulliam and his wife, Allison, who were among those waiting in the scorching sun at Red’s, had traveled from Fayetteville, Ark., to be there. Visiting Maine was “on the bucket list,” Ms. Pulliam said.

Did the $30 price tag (plus tax) for a lobster roll give them pause?

“No, because this is probably the only time this summer I’ll have a lobster roll,” Mr. Pulliam said. It was also his first time.

Mr. Pulliam had already justified it: “I’m glad I didn’t bring the kids.”