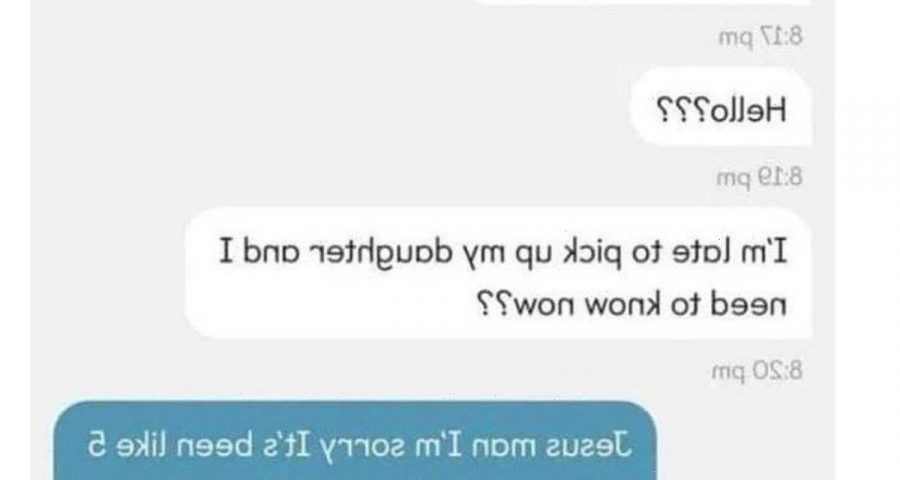 A DAD has been branded “ridiculous” after he demanded a reduction on his sofa because the seller “made him late to pick up his daughter.”

The bloke spotted the L-shaped sofa bed for sale on Facebook Marketplace for just £30 and was eager to swipe the bargain for himself. 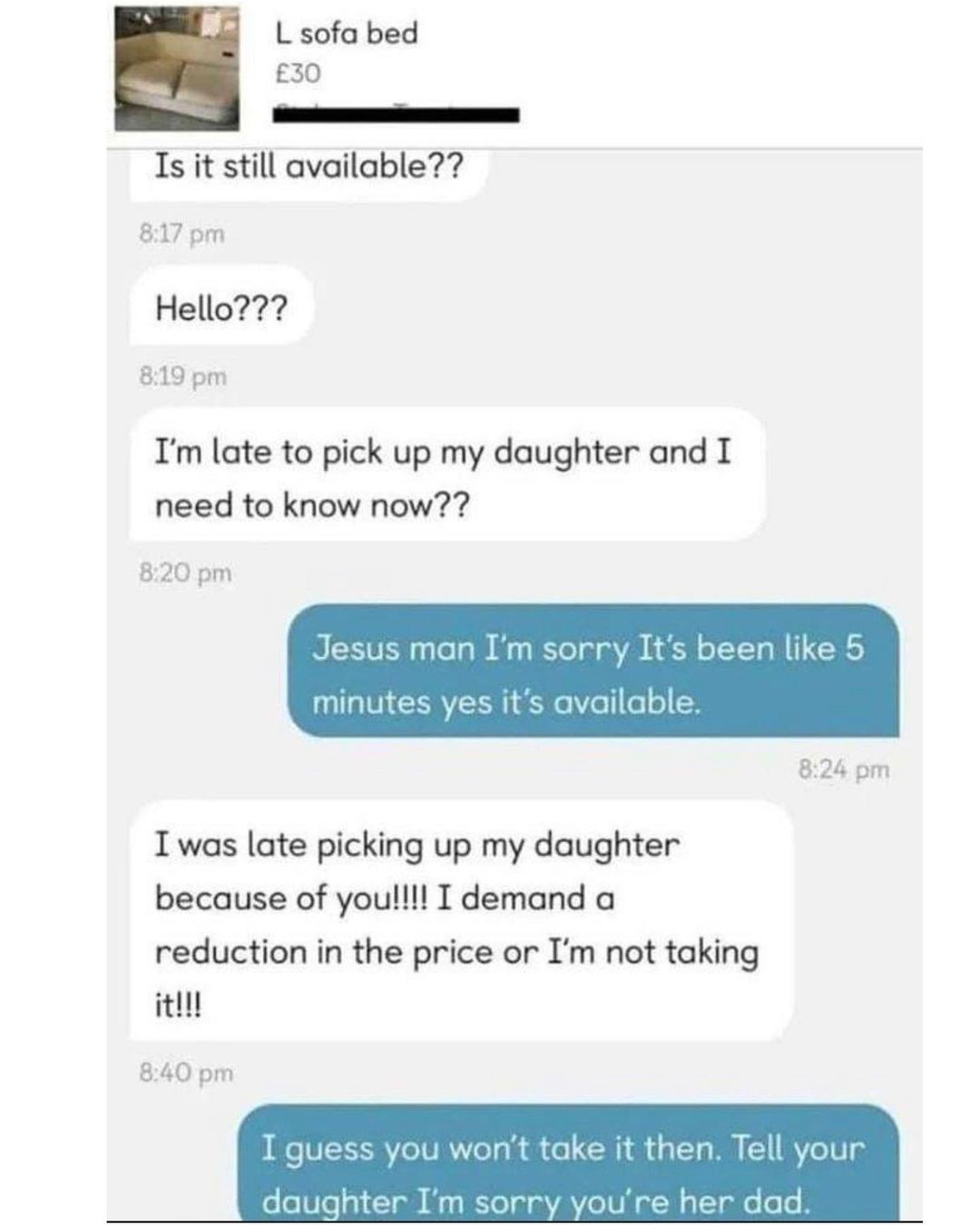 Messaging the seller he wrote, “Is it still available??” and when he didn’t instantly receive a reply, two minutes later he messaged again writing, “Hello???”

Not one minute later the interested buyer messaged once again saying, “I’m late to pick up my daughter and I need to know now??”

Unsurprisingly, the seller is a little affronted by the deluge of messages, sending a somewhat terse reply to the dad.

But it appears his prompt reply wasn’t quite prompt enough.

Furious, the dad replied: “I was late picking up my daughter because of you!!!! I demand a reduction on the price or I’m not taking it!!!”

With niceties well and truly out of the window, the seller responds: “I guess you won’t take it then.

A screenshot of the messages have since been shared on Instagram where it has left users baffled by the dad’s behaviour.

Commenting on the post, one wrote: “People are so entitled smh.”

“Marketplace DRAMA,” commented another, while a third added, “Absolutely ridiculous!”