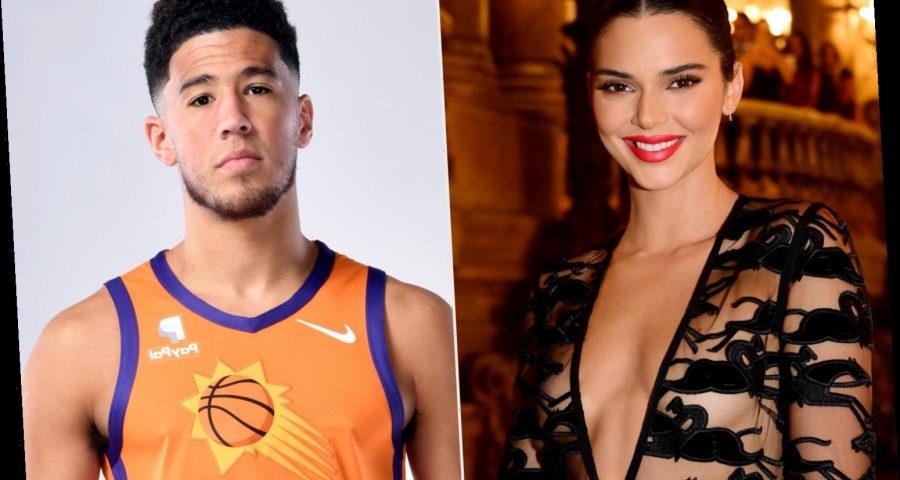 It looks like Kendall Jenner and Devin Booker's romance is still going strong based on the NBA pro's most recent comment on the model's Instagram photos.

On Easter Sunday, Kendall, 25, posed for a series of pics surrounded by blooming plants at a golf course while wearing a spring-appropriate floral-printed, puff sleeve maxi dress. The supermodel shared the pretty photos on her Instagram feed and Booker, 24, couldn't help but leave a flirty message in the comments.

A source told PEOPLE in mid-February that Kendall and Booker had taken their relationship to the next level.

"What first seemed like a fun hookup, is now a relationship," the source said. "They are exclusive and Kendall is very happy with Devin."

"And her family thinks he is great. He was even invited to Kim's 40th birthday celebration in Tahiti," the source added.

The couple went Instagram official on Valentine's Day after months of keeping their relationship status private. In Kendall's photo, the pair cuddle on top of a countertop, sharing a silly moment as the Keeping Up with the Kardashians star covers her face while smiling widely. She captioned it with a single white heart emoji. On Booker's Instagram Story at the time, Kendall was first shown spending time outdoors with a black dog amid a mountainous backdrop, before the trio are pictured seemingly taking a nap atop a blanket on the grass.

The couple first sparked dating rumors last April when they took a road trip from Los Angeles to Arizona together. They were frequently spotted spending time together over the summer, though neither publicly confirmed their relationship.