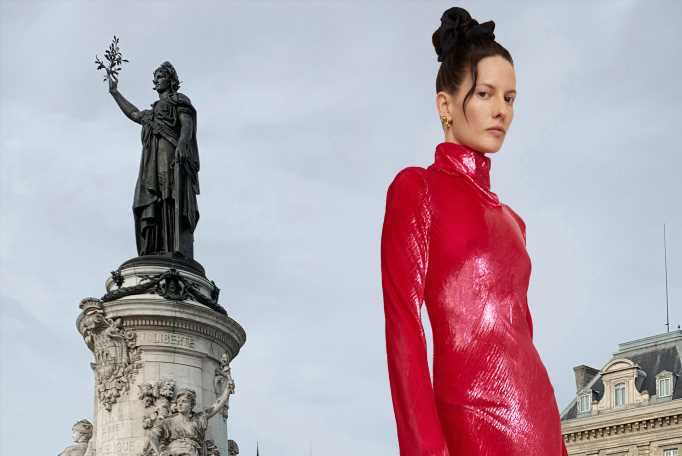 The only thing Kym Ellery’s fall collection, dubbed Ellery in Paris, has to do with Parisian clichés is that her color palette of “lemon curd, cashew cream, poached pear, roasted almond, rich ganache, black sesame” sounds like a macaron flavor list. For the rest, the Paris-based Australian designer is plugged into the zeitgeist, in terms of style as well as company practices. After her collaboration with upcycling whizz Duran Lantink last season, it’s her own lineup that is hitting high marks in the use of existing materials.

The look: The achingly cool but wearable wardrobe aspiring Parisians wish they could assemble.

Quote of note: “She’s more about getting to know the city and playing with existing Parisian codes, in our own way,” said Ellery of her customer. That being said, her challenge lies less in style than in the sustainable approach that the designer intends for her 14-year-old brand. “We reached 90 percent this season, which I’m super proud of, while producing pieces that have an intended life span of, well, forever.”

Standout pieces: A belted vegan leather coat, with sleeves and other details oversized just so but a perfectly cinched waist; a jacket made of fuzzy tweed on its top half and sleeves, transitioning to sleek black suiting; dresses with dramatic openings — a shoulder here, the midriff there, and a ribbed top with ruched vegan leather sleeves.

Takeaway: Unlike a certain fictional new Parisian, Ellery’s tweaks made her fall wardrobe swing toward the gritty and realistic while keeping the flourishes that are intrinsically hers.