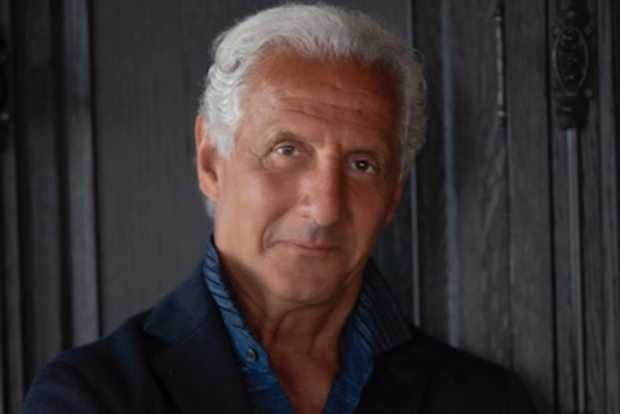 Starting Feb. 6, the men’s designer will host a weekly radio show on 77 WABC radio in New York. The hour-long show, called “Threads,” will air at 5 p.m., and will take on fashion and lifestyle topics. Threads is the title of Abboud’s 2005 book about life in the “high stakes world of fashion.”

“I’m a lifelong listener to radio, and I’m thrilled to be able to use the power of audio to bring stories and insights about fashion and style to New Yorkers and America,” Abboud said. He characterized this new role as “another step in my career directive. I’ve always wanted to be a credible voice for fashion.”

The show will have three segments. The first will be Legends of Seventh Avenue, where Abboud will converse with some of fashion’s best-known names. “It’s about knowing the person behind the brand,” he said, adding that he expects this glimpse behind the curtain to be “fun for lay people.”

The second segment will be Ask Joe, where Abboud will take questions from listeners and share advice and tips on apparel style as well as landscaping and gardening, the latter of which Abboud has embraced even more since the pandemic. “I see myself like a Rosetta stone, being able to interpret things for regular guys,” he said.

A Look at Beyoncé’s Ivy Park Collaboration with Adidas

The final segment is Behind the Seams, where Abboud will share stories about his 30-plus years in fashion. “I love the idea of sharing stories and having conversations,” he said.

“Joseph is indeed a rarity among design artists today,”  said Chad Lopez, president of Red Apple Media and WABC radio. “He has succeeded in establishing an exceptional style, and his stories are rich and enlightening. The 77 WABC radio audience is looking for that kind of sophisticated perspective on our world, especially on weekends when they can take a break from the rigors of the week.”

The 50,000-watt AM station began broadcasting in 1921 and is now owned by Red Apple Media, a subsidiary of Red Apple Group. In addition to Cousin Brucie, the station features shows by a variety of figures in media and politics including Mark Levin, John Batchelor, Bill O’Reilly, Curtis Sliwa, Judge Jeanine Pirro and others. It’s also the home of the Cats Roundtable with John Catsimatidis.

Abboud began his career working at Louis, Boston and Polo Ralph Lauren before launching his eponymous label in 1987. He sold the trademark in 2000 for $65 million. Most recently he was creative director at Tailored Brands Inc., which had purchased the Abboud trademark in 2013. That brand was sold to WH Global last year and Abboud exited the label.