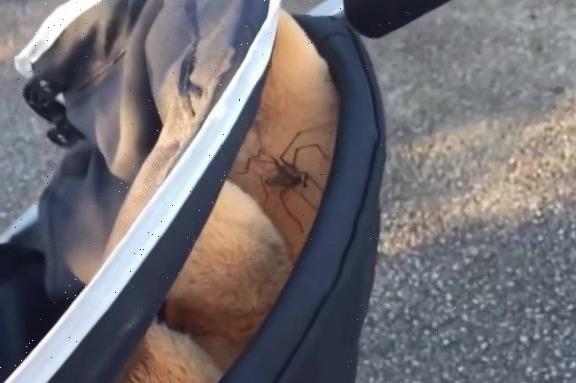 A MUM was left horrified after spotting a huge spider in her baby’s pram during a family walk.

TikTok user @momma.bearz could be heard squealing in terror as the whopping arachnid could be seen in the storage section behind the handles. 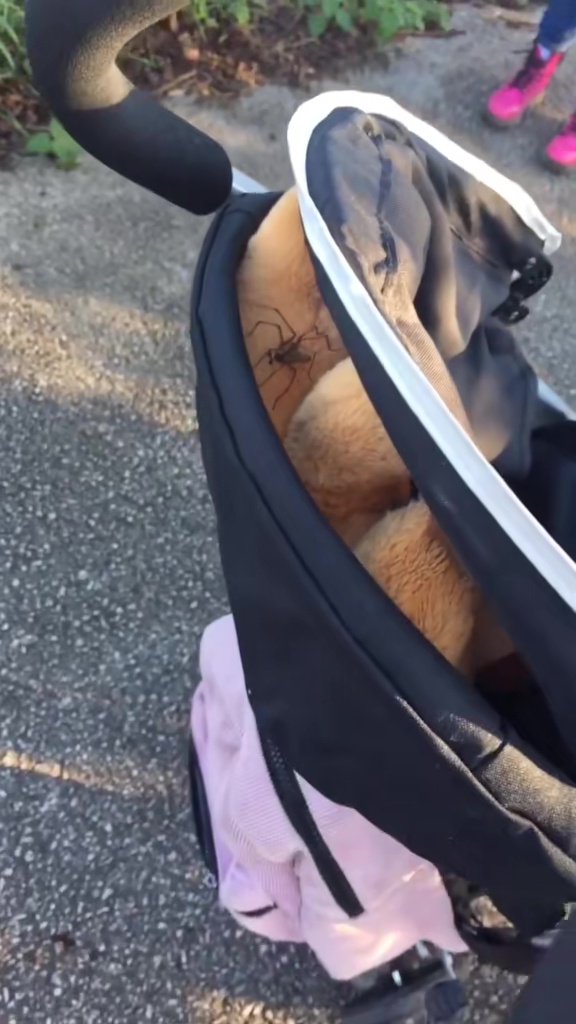 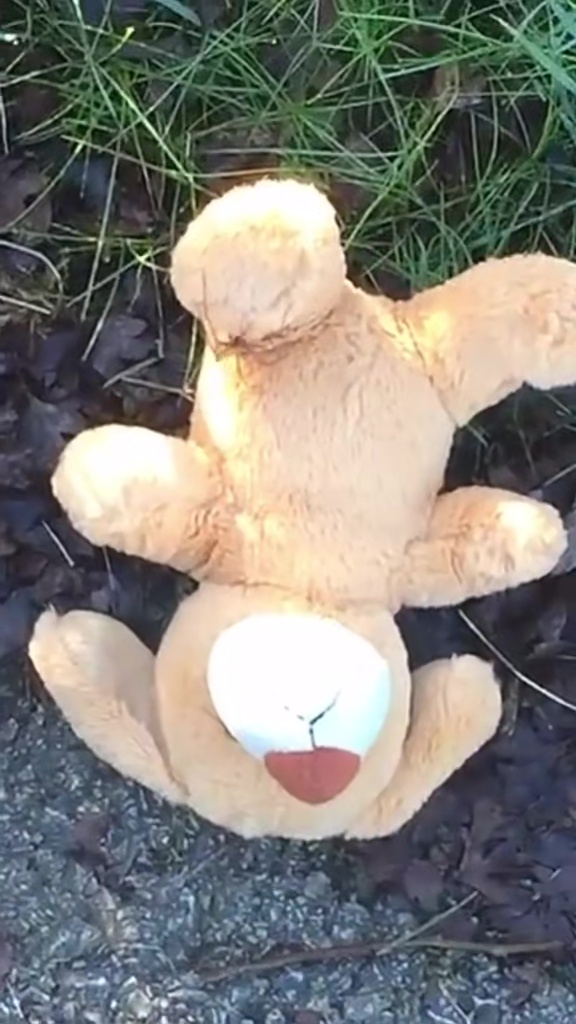 The petrified mum could be heard saying: “We have a problem.”

Speaking to her son who was blissfully unaware of the spider as he sat in the front, the TikTok user said: “It was nice knowing you.”

The spider was sitting on the child’s teddy bear, and in a follow-up video, the mum showed how she had managed to toss the stuffed toy on the floor.

The spider seemed to not want to move from the fluffy bear, as it was still perched on the furry toy as the mum filmed.

Her first video has racked up over 800,000 views, and people were freaked out to learn it had taken place in the UK.

One said: “This better not be the UK.”

Another added: “Good job it is not Australia or it would have taken the pram.”

A third wrote: “Chuck the teddy away and get a new one.”

A fourth praised: “You are so brave getting the teddy out.” 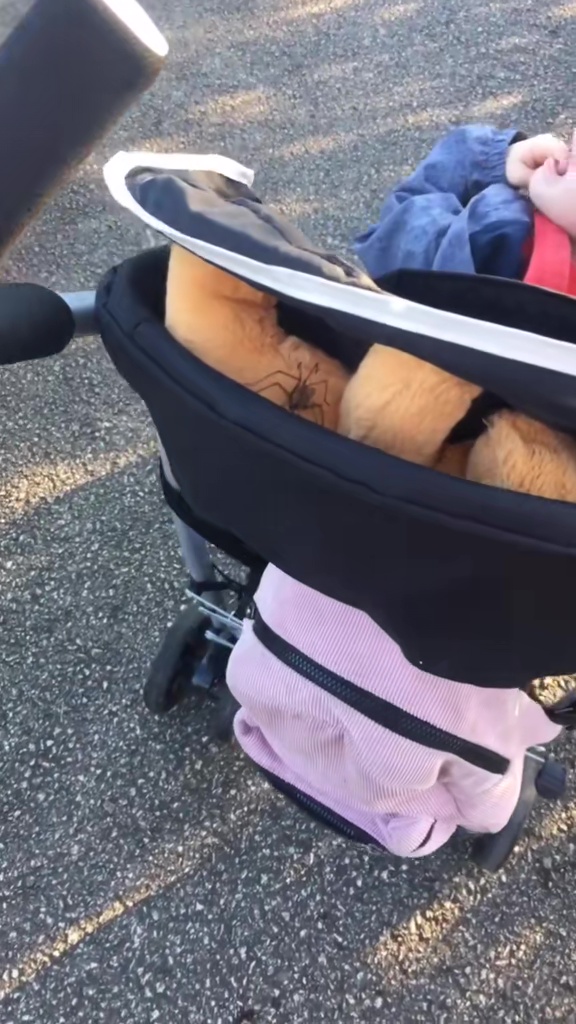 We previously shared how a terrified Brit teen found this HUGE spider and its army of babies in her bedroom.

And a woman found a massive huntsman spider the size of a SAUCEPAN stalking her living room.