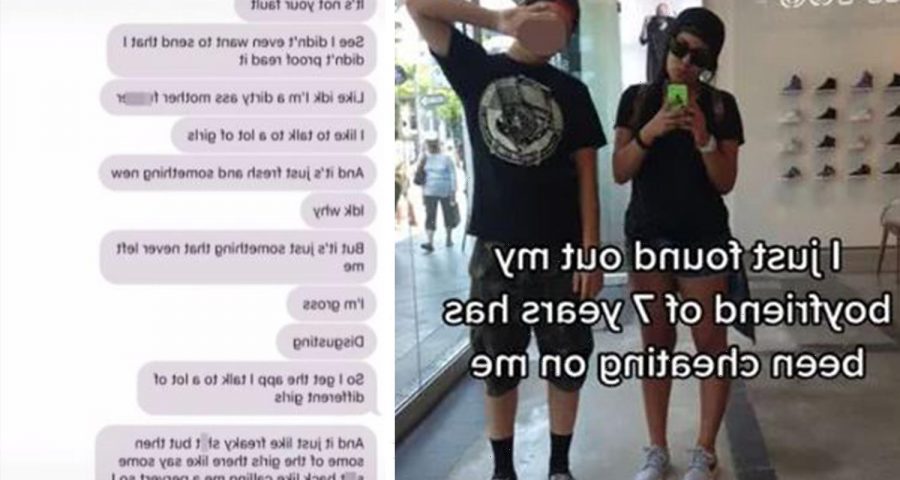 A WOMAN has shared the savage text messages her boyfriend of seven years sent when she discovered he was “cheating” with multiple women he’d met on Hinge.

The girlfriend took to TikTok to share her “heartbreak” after being tipped off to her partner’s cheating ways by a friend who had spotted his profile on the popular dating app. 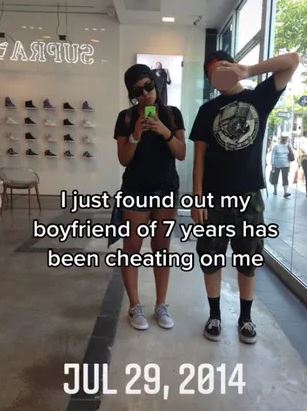 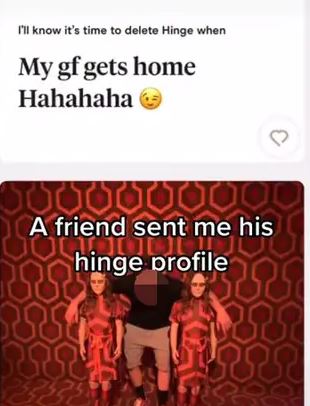 Shocked by the discovery, she and her best friend did some “digging” and found her long-term boyfriend signed into multiple dating services through his Facebook account.

Devastated, she confronted the man, only for him to make a brutally honest confession, admitting he can’t “resist getting myself into trouble”.

“I don’t know what to say, it’s a guy thing, it’s that temptation of something I can’t have that I just can’t f***ing resist,” he said in the lengthy text exchange.

He went on to say he likes the feeling of “something new” and “fresh” but insisted he never cheated. 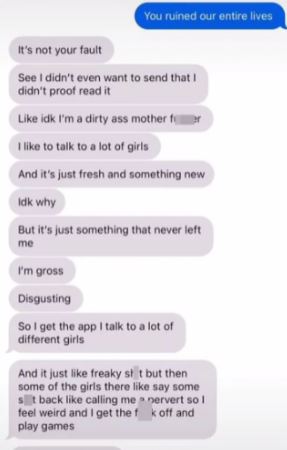 “I did not cheat, I didn’t even meet up with anyone,” he continued.

“I thought it was going to be too hard to set up so I didn’t even bother.

The boyfriend then went on to describe chatting to multiple women as a “happy medium of what I could get away with while having you too”.

His unbelievable response concluded with him admitting, “Yes I wanted other girls”, but he insisted it was only to text with. 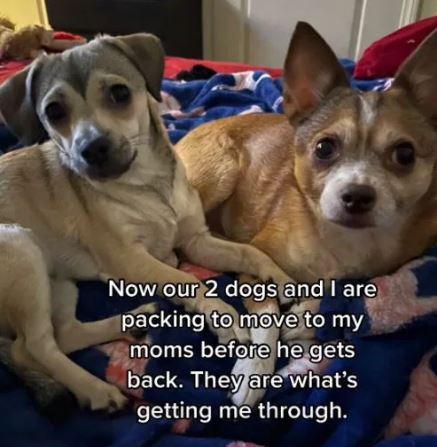 However the US woman, who lives in LA, didn’t believe him and ended the romance – airing his awful response on the social media platform where she was flooded with support.

“What a pathetic excuse for a man. One day soon I promise you’ll be so relieved you got out, even if it feels like a waste of seven years,” one woman wrote.

“He really said he didn’t actually cheat on you because he thought it would be too hard to set up. Not because he loves you, he’s just lazy,” another said in disbelief.

“There’s only one person’s happiness he cares about and it’s his,” one person scoffed.

The post also sparked a conversation about what acts are defined as cheating, with many stating flirting with other women behind his girlfriend’s back is cheating – regardless of whether they actually “do the deed”.

Many praised her for leaving and not getting further tangled up in the complicated situation.

“Oh my goodness everyone, I am so overwhelmed by the love on this I am crying,” she wrote in the comments several days later.

“Thank you all for the encouraging words, it means the world to me.”

She went on to explain she had moved to her mum’s house with the former couple’s dogs and had blocked her womanising ex-boyfriend from contacting her again, adding: “I am never going back.”

This article was originally published on News.com.au and has been republished here with permission.

In other relationship news, a woman set up a dating profile because her her husband's penis was too small.

And a student, 19, insists that ‘love has no age limit’ after falling for lover, 52… but her family have disowned her over the 33-year age gap.

Previously, a mum, 27, revealed the 26-year age gap between her and her fiancé – who is older than her parents – means he’s often mistaken for her dad.