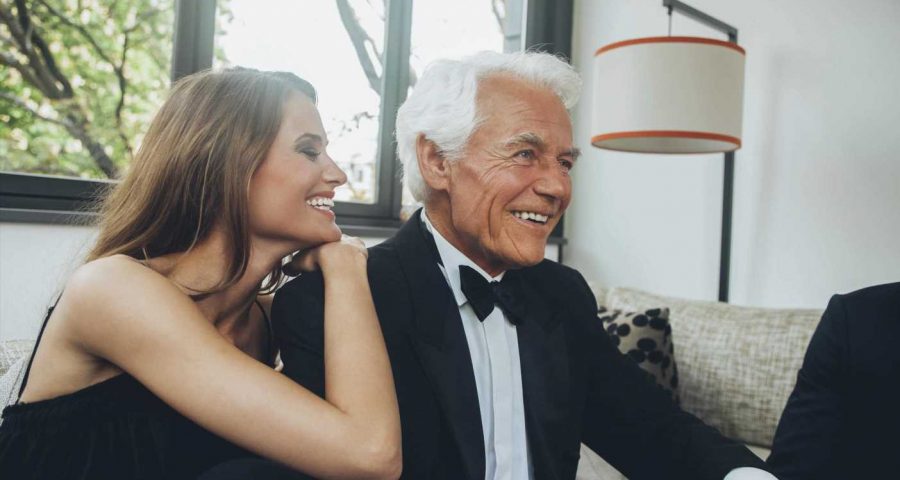 WE all have secrets, some darker than others and some we would never share with anyone.

But one man is now considering calling off the wedding with his fiancée after finding out she used to be an escort in the past.

A heartbroken 35-year-old posted his sorrows on Reddit, seeking some advice from other readers around the world.

According to the groom, he's been with his fiancée, Diana, for two years and have been engaged for 8 months, with their wedding coming up in February.

The two seem – or at least seemed to be up until this moment – the perfect match.

They both enjoy skiing, travelling and trying new restaurants whenever the opportunity arises.

“Diana is a beautiful woman both inside and out,'' he wrote.

“She has a very lively personality and is definitely the most attractive woman I have dated,'' confessed the man, adding that it was she who actually asked him out first.

The trouble in paradise began when one day, he started to receive anonymous messages containing screenshots from an escort agency.

The person's face in the photos – these were roughly from eight years ago – had been blurred, but one thing was sure – it was Diana.

Even though escort business is legal where the two live, he admitted to being completely devastated.

“At first I didn't believe it, but when I confronted her she confirmed it.''

Once asked to explain, Diana revealed her secret – she did escorting for a high-end agency for two years until she was 22.

After sleeping with 2-3 men a day and making a lot of money, the now-30-year-old quit: “She started to hate the work,'' he wrote.

Although severely distraught, the man said he didn't believe his potential wife should be shamed for her past career.

But he also revealed that if he had known about her previous life, he wouldn't have pursued a relationship.

To make things even more upsetting, Diana had also agreed to have sex only once the two were serious, leaving him with “the false impression that she viewed intimacy a certain way.''

“Lastly,'' the man continued, “ I own several businesses in the area, many with partners.''

Some of these partners, he explained, are pretty conservative when it comes to anything sex-related.

“I would have wanted to know about her past career ahead of time so that I could have thought how to deal with a potential fallout.''

Tempted to call off the soon-to-take-place wedding, the groom's been left devastated.

Most Redditors said they believed she should've told him about her past, with onewriting:“Bro, if your thinking about leaving over this just do it!''

How do you feel about cheating? Turns out, over 75 per cent of cheats claim affairs actually IMPROVE marriages.

Meanwhile, a woman found out her man was cheating when he bought women’s clothes & she never got them.

Is liking someone else's photo cheating? This woman definitely thinks so as she cheated as revenge after her boyfriend double-tapped on a post with a woman in a bikini.