NADENE GHOURI, 49, an author, lives in St-Leonards-on-Sea with husband Sam, 46, a TV producer, and their son Gilbert, five months.

Here, Nadene shares the story of how she became stuck in Ukrainian lockdown with her surrogate baby. 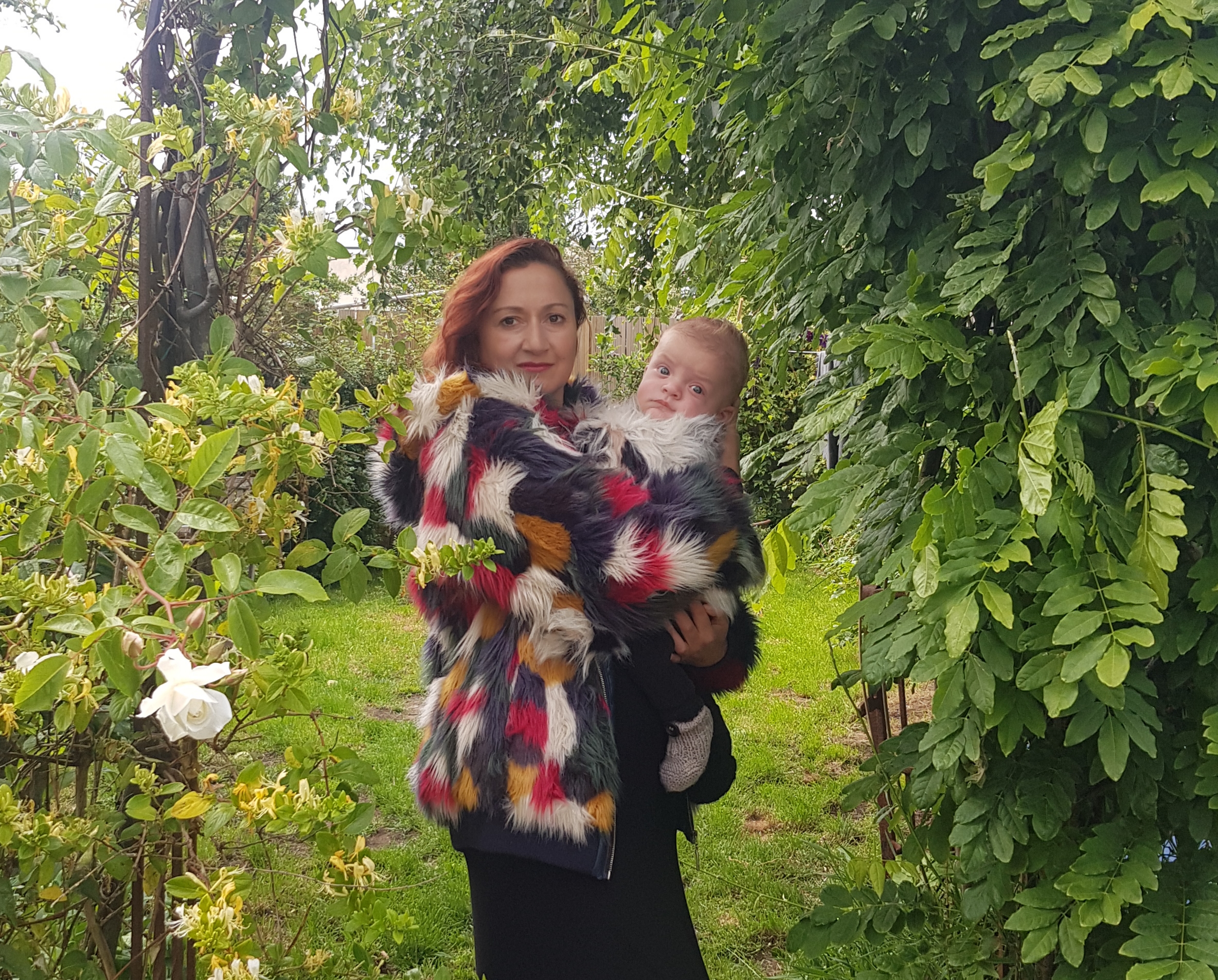 As we held our newborn son, my husband Sam and I sobbed with joy. It had been a 12-year struggle to have a baby before Gilbert was born via surrogate.

Sam and I got together when we were working as journalists in Qatar in 2008.

We knew that we were meant to be together and began trying for a baby after a few months, as I was 36. But two years later, I still wasn’t pregnant, so after we got married in June 2010 and moved back to the UK, we started IVF.

By early 2017, we’d had seven rounds and three miscarriages. Sam and I began to accept we may never be parents, though doctors didn’t know why. 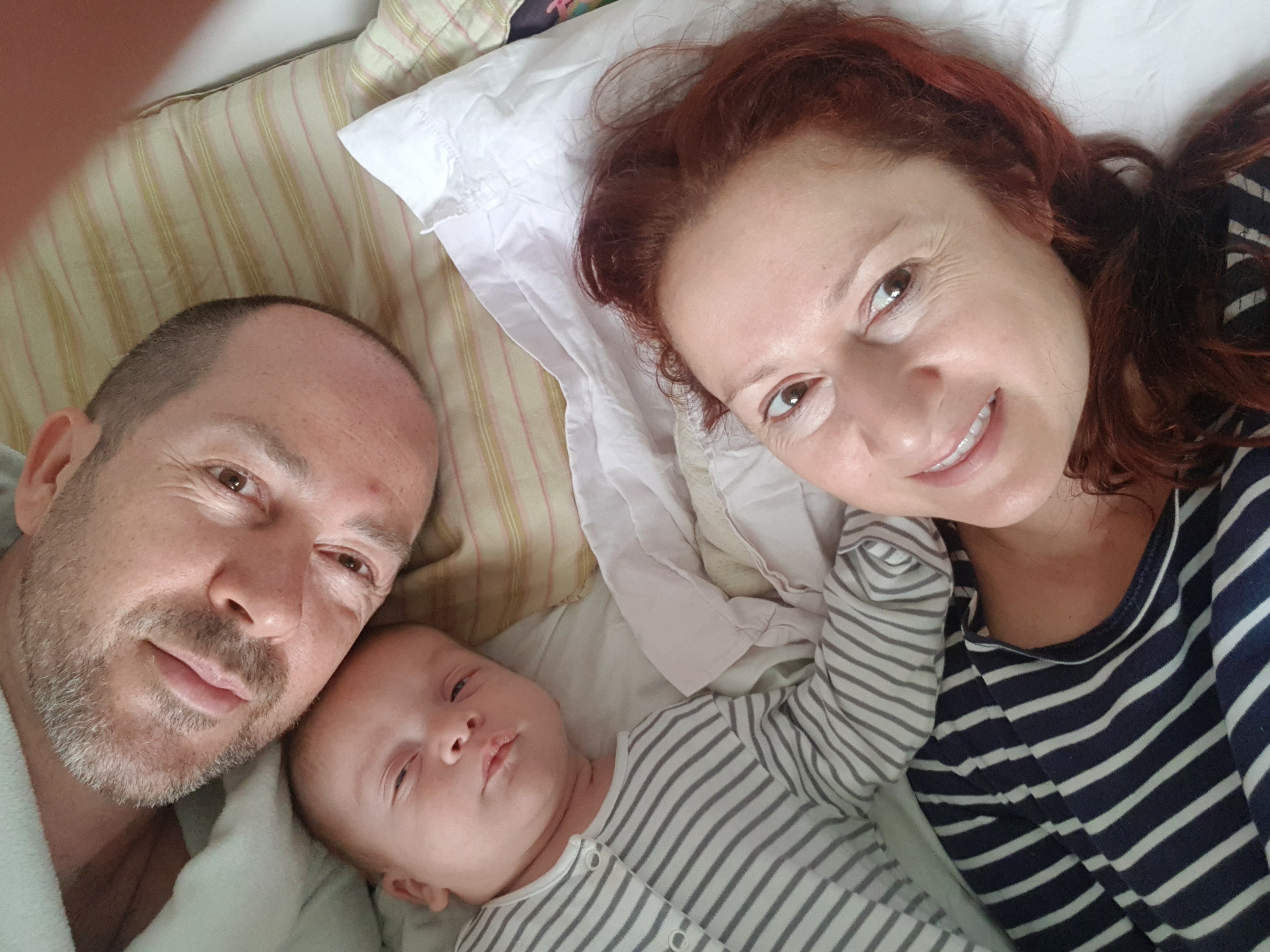 But in June 2018, we chatted to a couple on the beach in Hastings who told us their kids had been born by surrogate in the US.

We hadn’t considered that route, partly because paid-for surrogacy isn’t legal in the UK.

Women are only paid expenses, which I believe is wrong. In the UK a surrogate is also considered the legal mother regardless of biology and can change her mind at any point.

But we discovered paid-for surrogacy is legal in the Ukraine. All parties are screened, and you have to be interviewed by a government doctor and provide evidence that this is your last medical option.

Once a surrogate baby enters the UK, you apply for a parental order to have a British birth certificate reissued here.

Sam and I chose a highly regarded agency in Kiev, which treats surrogates well. It cost us £32,000, including flights, accommodation and clinic fees, which meant using all our savings and maxing out our credit cards.

In December 2018, we flew to Kiev to meet Natalia, 34, a stay-at-home mum and first-time surrogate. She told us it was something she had always wanted to do and that she would use the money for her two children’s university fund. We all wept as we agreed to go ahead.

Back home, our decision wasn’t popular, with one friend even asking me how long the child would spend with its “real” mum before we “took it away”. 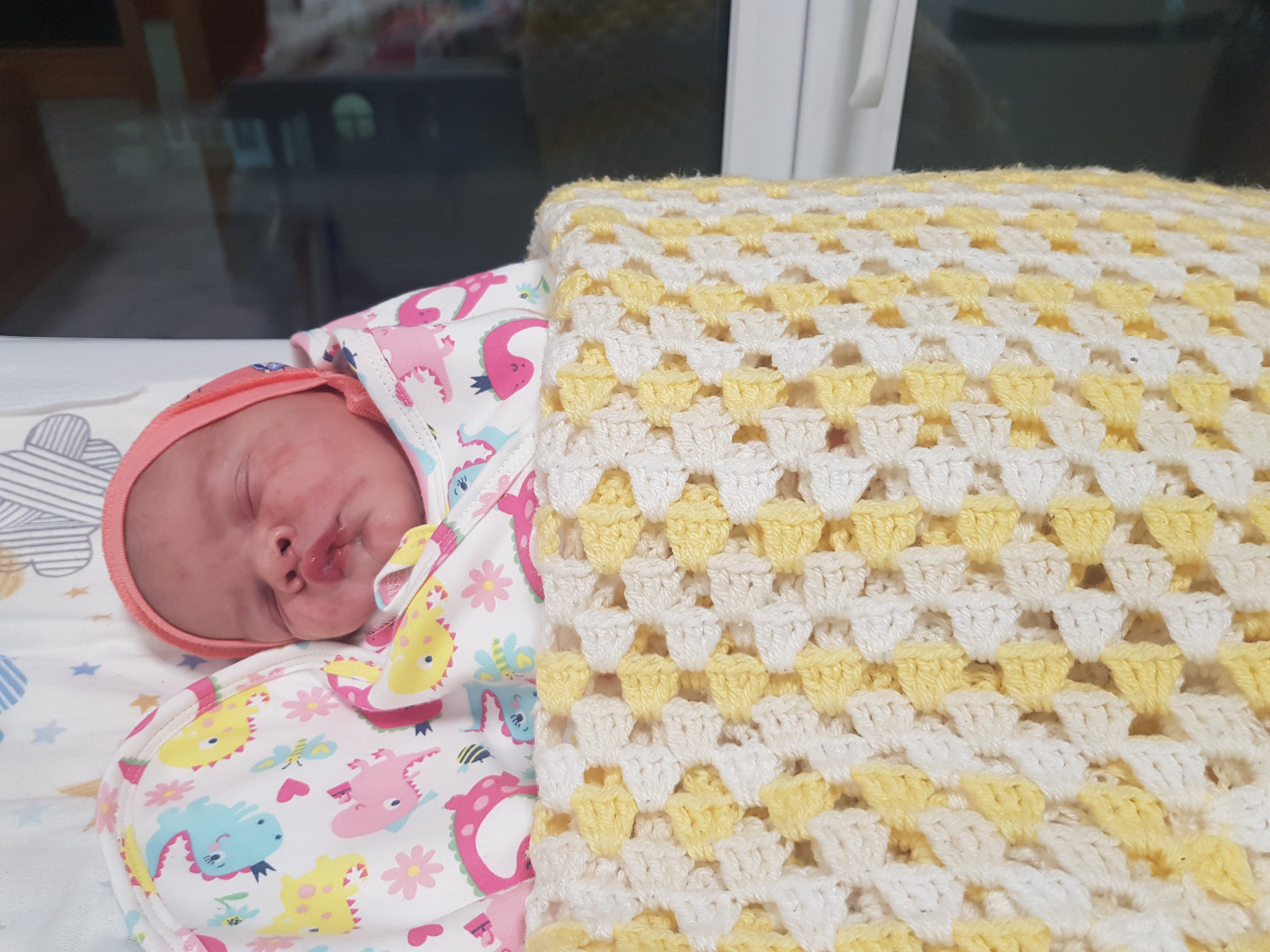 Undeterred, we began the process, and in January 2019, we shipped frozen embryos from a previous IVF attempt to Ukraine.

That June, we were ecstatic when Natalia called to say she was pregnant. Our clinic coordinator acted as translator and we spoke regularly on Skype and WhatsApp and went over for scans.

On February 27 this year, Sam and I flew over for the birth. While coronavirus was on the news, we didn’t think about it much. When Gilbert was finally in our arms, we couldn’t stop crying.

The three of us stayed in our own room at the hospital, and Natalia came to see us on the second day. Though I was scared Gilbert might cling to her, he slept through her visit.

Some parents cut contact with the surrogate, but Natalia gave up nine months of her life for us, so we wanted her to feel involved.

After a week, we moved to an apartment in Kiev while we waited to get Gilbert’s birth registered and apply for a passport for him. But two days later, Sam had to fly home for work.

Watching the Covid-19 pandemic unfold on TV was alarming, and as the situation escalated the following week, Ukraine shut its borders, leaving Gilbert and me stranded.

Being in a foreign country in lockdown alone with a new baby was stressful. I felt exhausted and terrified that one of us might catch the virus. But in spite of everything, Gilbert and I bonded wonderfully. 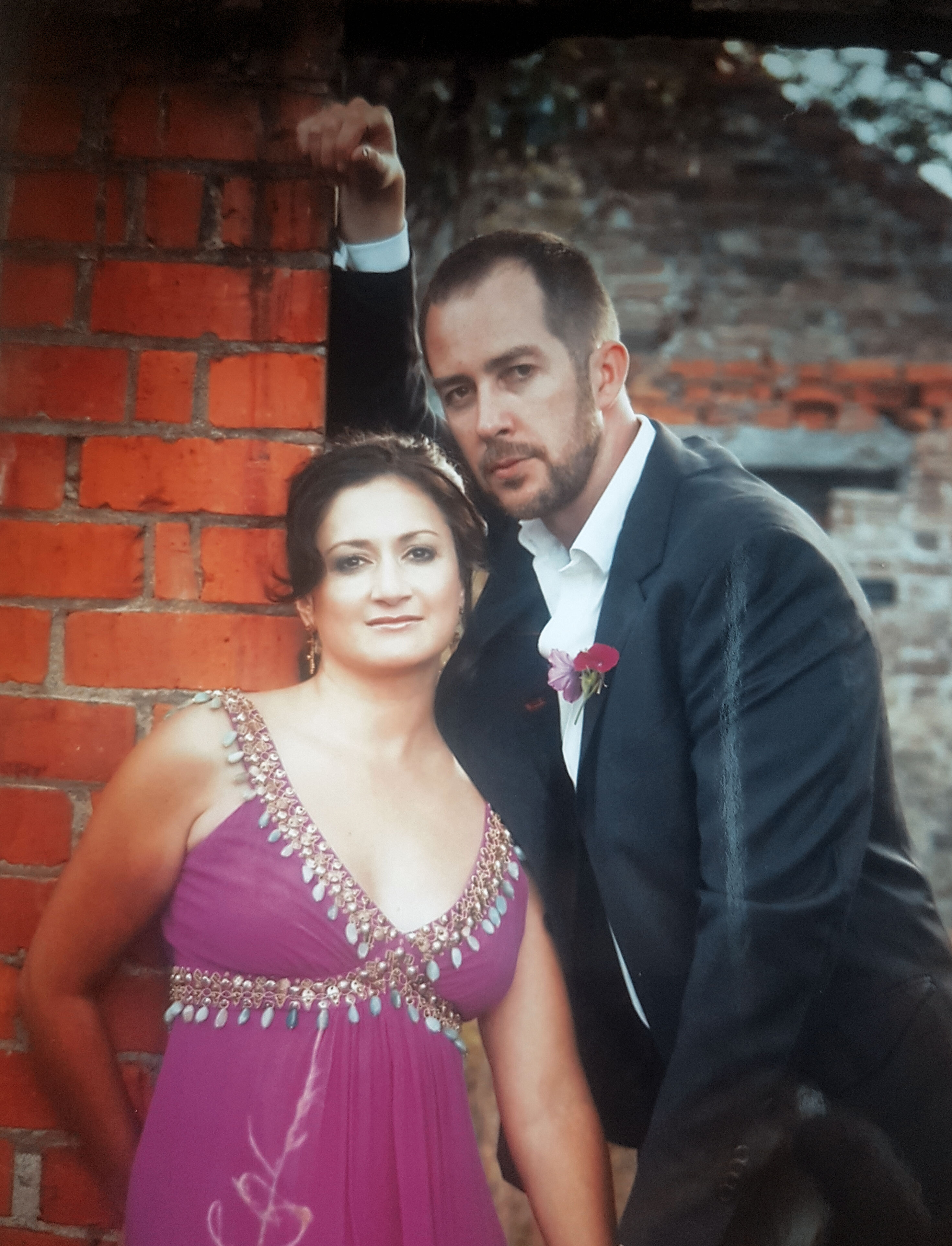 To get Gilbert home, we needed an emergency passport, but because the UK passport office was closed, we had to lobby the Foreign Office for a month to help us.

It was a massive relief on April 7, almost six weeks after Gilbert was born, when we got a call from the British Embassy saying a rescue flight was leaving for London the next morning. Sam met us when we landed at Heathrow, which was so emotional.

Since then, we’ve all adapted well. Gilbert is a happy, calm baby, and we’re still in touch with Natalia – to us, she’s like a godmother. I still can’t believe our son is here. Thanks to this extraordinary gift, my dream has finally come true.” 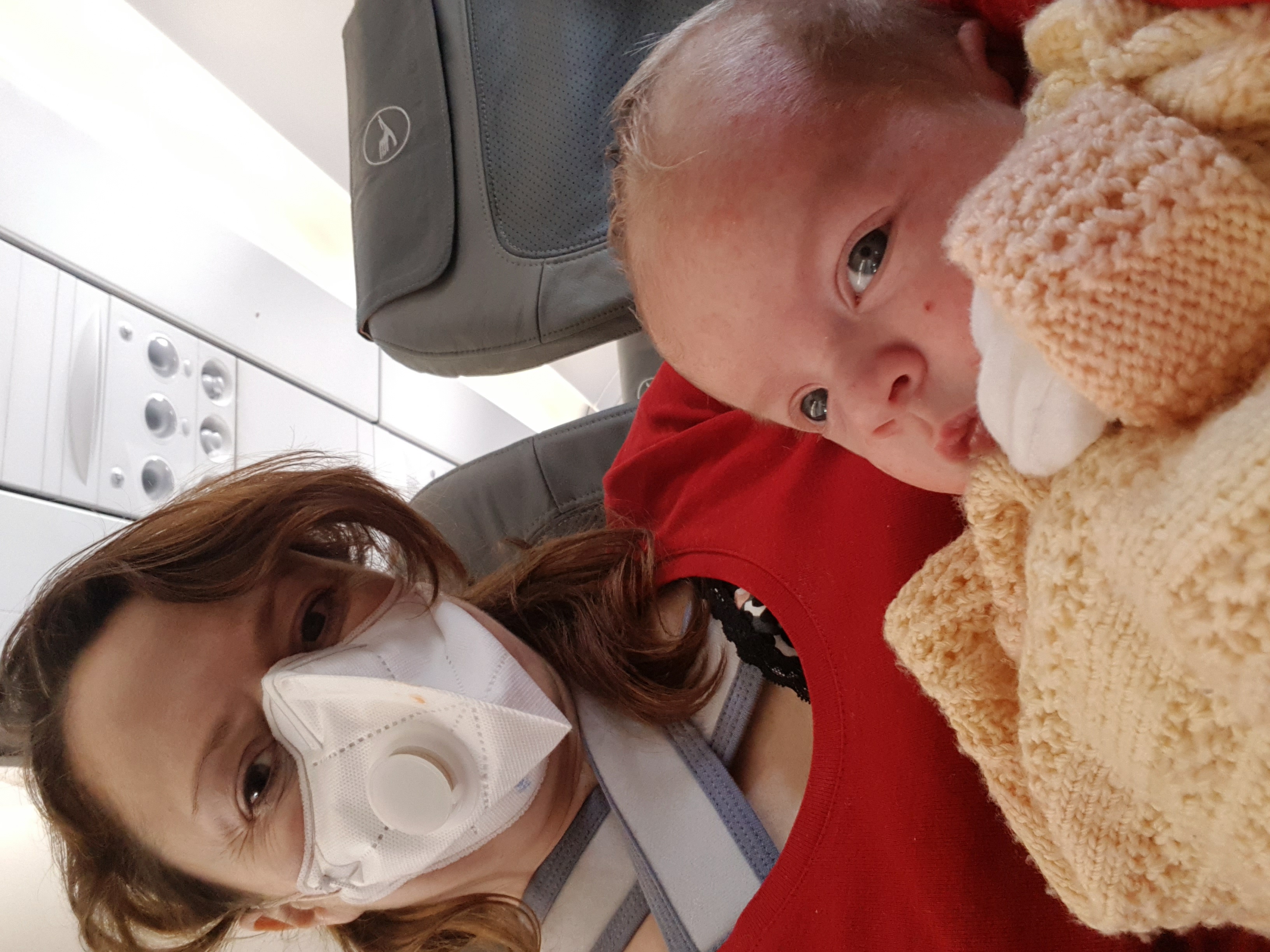