Alicia Sweets, 33, became a cam girl for an adult TV channel because she was bored of her dull 9-5 job. 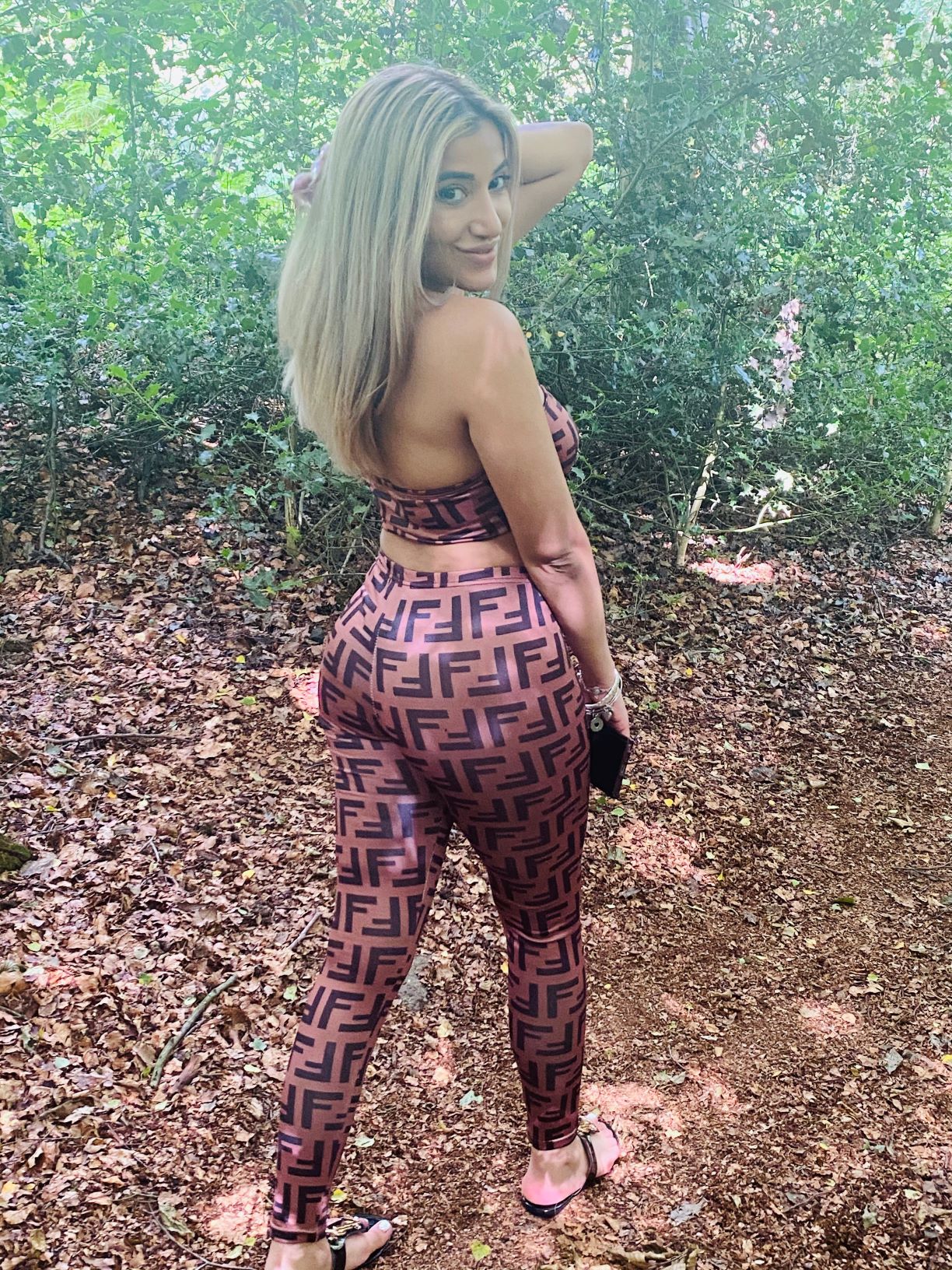 But the move hasn't gone down well with her strict Muslim family – with Alicia even being labelled a "prostitute".

Speaking exclusively to Fabulous, she tells her story…

Three nights a week, I start broadcasting on an adult TV channel from the privacy of my own professional studio, which I’ve set up in a room at home.

For around eight hours during the night, I’ll chat to men who can call or text in, and sometimes I’ll do private shows on camera as well. 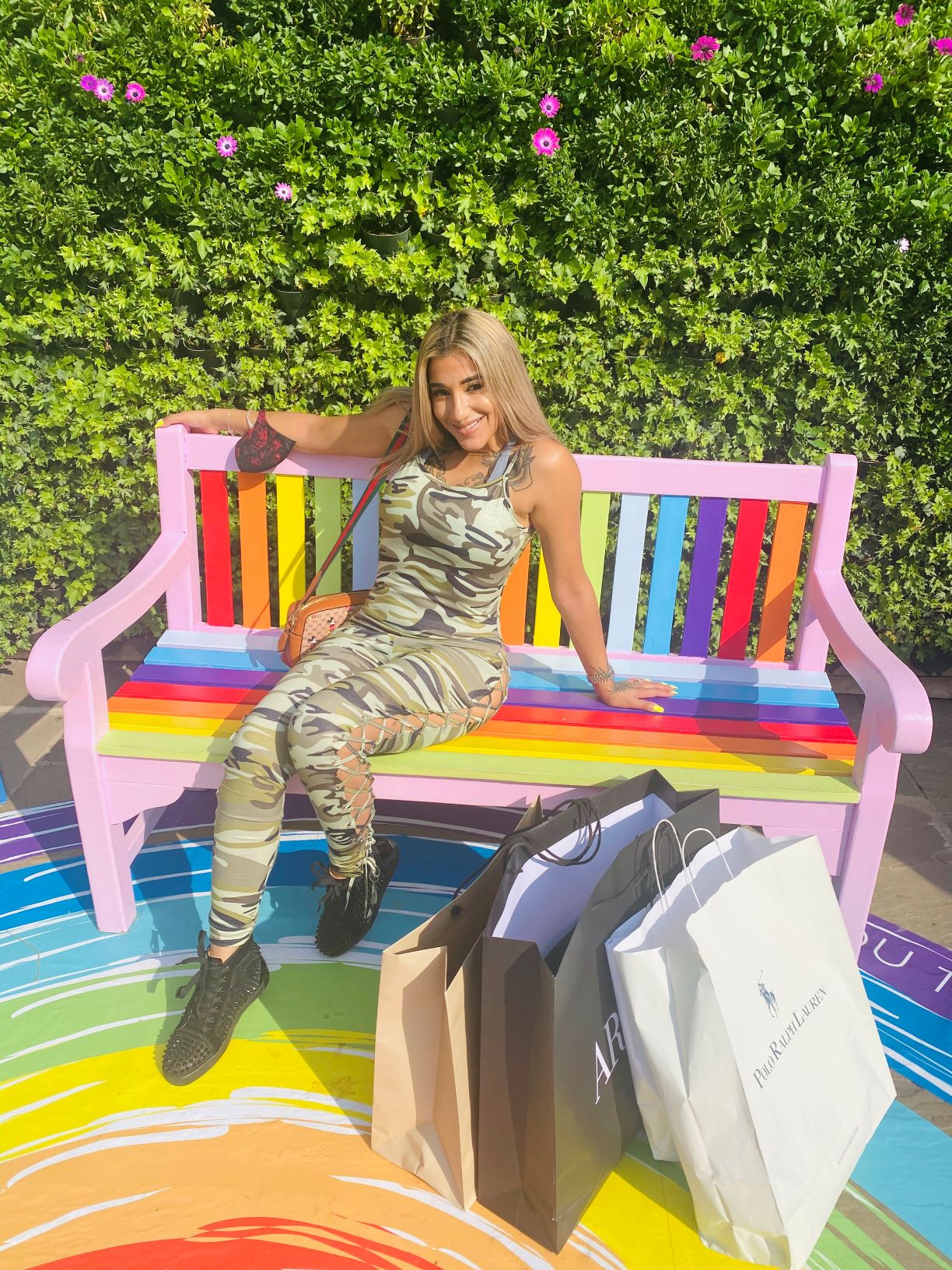 On an average night, I’ll earn around £450, sometimes more, and I’m one of the channel’s top earners in terms of tips.

I’ve been doing this for just over a year now, after leaving my personal banking job, and I love every minute.

But the downside is my career choice has caused a huge drama in my strict Muslim family.

I've packed in a 9-5 desk job with an £18k yearly salary for one which nets me £80k. But my career choice has caused a huge drama in my strict Muslim family

Growing up in Leicester with a brother and two sisters, life was quite tough.

I wouldn’t say I had the easiest childhood and we were expected to follow strict rules.

I would never have been allowed to go out in a short skirt or with a face full of make-up.

But I was always very independent and wanted to make my own way in life, determined to throw off the shackles of my upbringing. 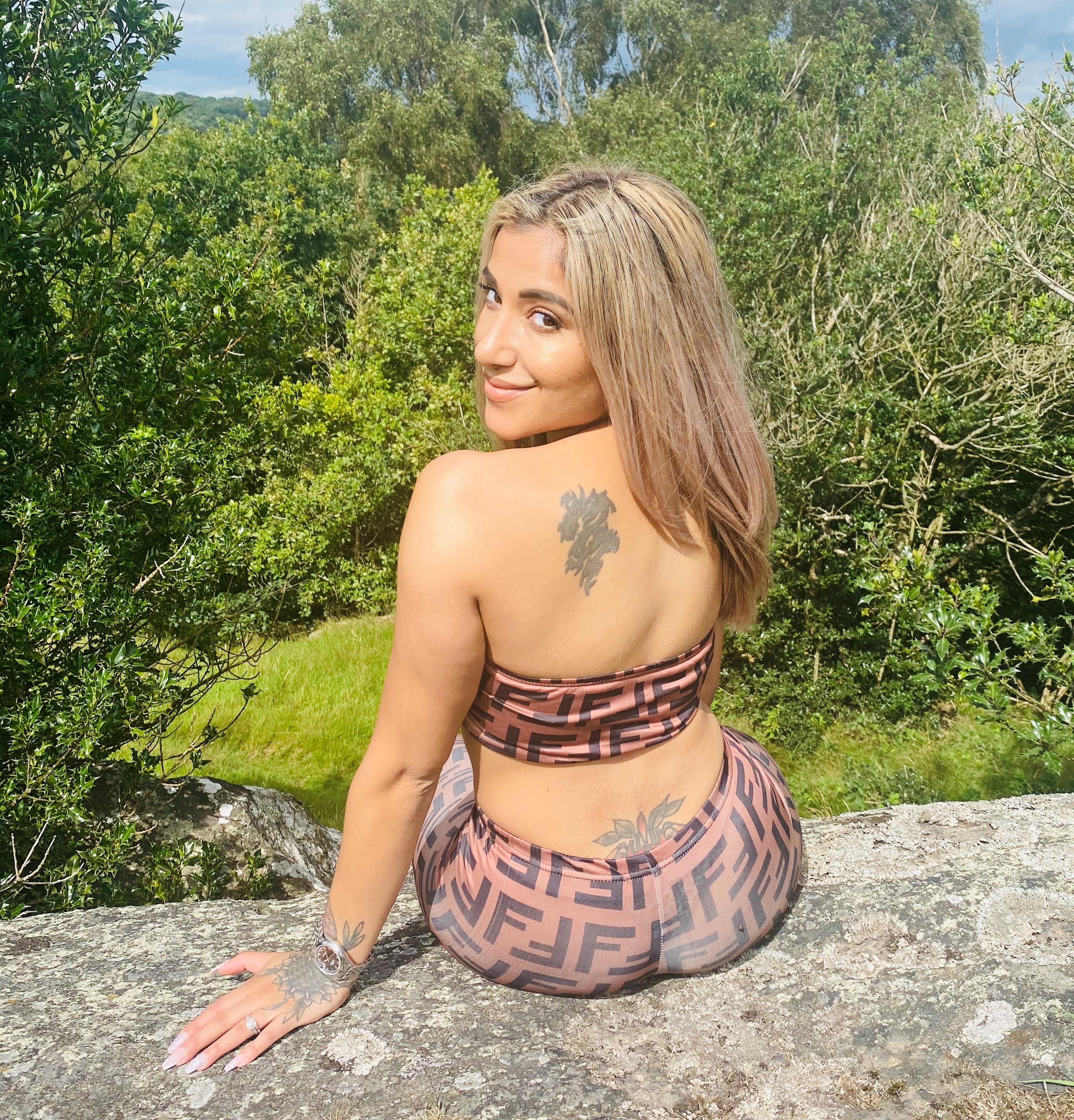 At 20, I moved out of my mum’s house and found my own place to live while I was at university.

I'd study hard during the week and work at weekends to pay the bills.

Things didn’t quite turn out as expected – I had children in my early twenties – so I couldn’t finish my course. But that didn’t lessen my desire to do well in life.

I became a single mum when I split up from my partner and I wanted to make sure I could provide a stable upbringing for my son, now 11, and my daughter, now eight.

That’s why I went into personal banking at a high street bank – advising customers on our products and personal finance.

But although I was good at my job, there was a real hierarchy and it was hard to get promoted without having a degree.

I couldn’t help feeling envious when I heard about the money some girls were earning at adult TV channels.

I look after my appearance, and I thought to myself, “I can do that too.” 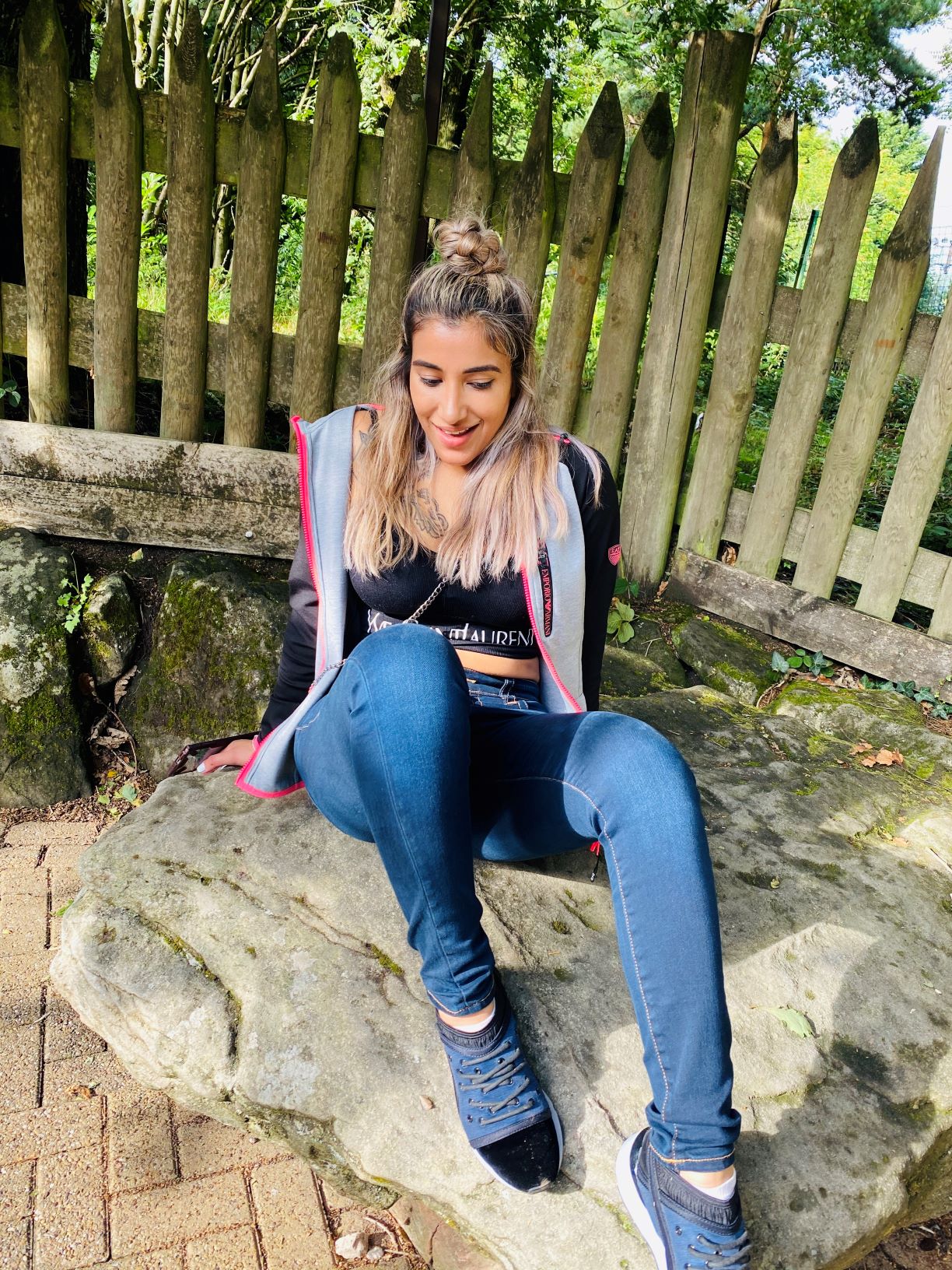 I wasn’t prepared for the huge drama it would cause in my family. The fallout has been horrendous.

I’ve been called everything from a slut to a prostitute – no one says it to my face though, it’s all on social media and behind my back.

People even sent screenshots of me in my underwear to my brother – why would anyone do that? It’s up to me what I do with myself and my body.

One male family member sent messages to say I’d brought shame on myself, but he wouldn’t dare confront me face to face. We’ve completely fallen out and don’t speak any more.

But my mum and one of my sisters are right behind me, although mum was shocked at first, being from a different generation.

This is 2020 and I'm allowed to do what I like, anyone who says differently is living in the past.

The world has changed and moved on, and no Asian woman should be afraid to do what they want or to follow their passion.

I’m not embarrassed of what I do, nor am I afraid of what people might say. And I certainly have no reason to be ashamed.

I’m a proud Muslim woman, I’m proud of what I do and I also take pride in my appearance.

The darker side of OnlyFans

Adult website OnlyFans (which is not the one Alicia uses) has an estimated annual turnover of £1.2 billion.

But insiders have revealed a sinister side – with the platform becomingplayground for stalkers to terrorise women.

Former student Kaya, 24, from Lancashire, told the Sun on Sunday: “Since being on OnlyFans I have been stalked and had many death threats. At times it has been absolutely ­terrifying."

The site also falls prey to cyber criminals who steal videos and ­pictures to trade on the dark web or sell on lucrative black market sites.

Helpline manager Sophie Mortimer told us: “What started out as a way to make a bit of extra money during these difficult times is increasingly turning into a nightmare.

“Many users are ending up in ­danger and at huge risk of being abused and exploited.”

A big part of the job is looking good – and that doesn't come cheap.

I get manicures and pedicures twice-a-month at £80 a pop and had have laser treatment to remove all my unwanted hair.

I’ve had everything zapped off – arms, armpits and a full Hollywood on my bikini line – it cost around £600 for six sessions.

I’m lucky I’ve got good skin so don’t need botox or fillers, but I do use teeth whitening strips occasionally.

My other big spend is on outfits to wear on screen.

I can easily spend £1,000 at Ann Summers in one go, and I rarely wear an outfit more than three times.

It’s important to look well-groomed and expensive when you’re on screen.

The best part about my job is that it leaves me lots of free time to do other things.

I could work five nights a week but I choose not to as I don’t want to feel like a zombie in the daytime.

That’s the thing – this job is my choice.

I’m an educated, intelligent girl and I chose to do a profession that is lucrative and suits my personality. I’m sociable and like having a laugh.

I am completely safe and working from the comfort of my own home, while my kids are fast asleep. My biggest fear is the WiFi not working!

But there is a serious side to it too.

Of course, I like splashing the cash and love a day out at Bicester Village designer outlet, but the real reason for doing this is to give my family a solid, stable future.

I’m renting at the moment and next year hope to get a mortgage. Then, I’ll build up my savings and pension.

I’m not going to make out my job is easy and it’s certainly not for everyone.

But no one should be made to feel ashamed for doing it. I’m providing a service, just like everyone else.