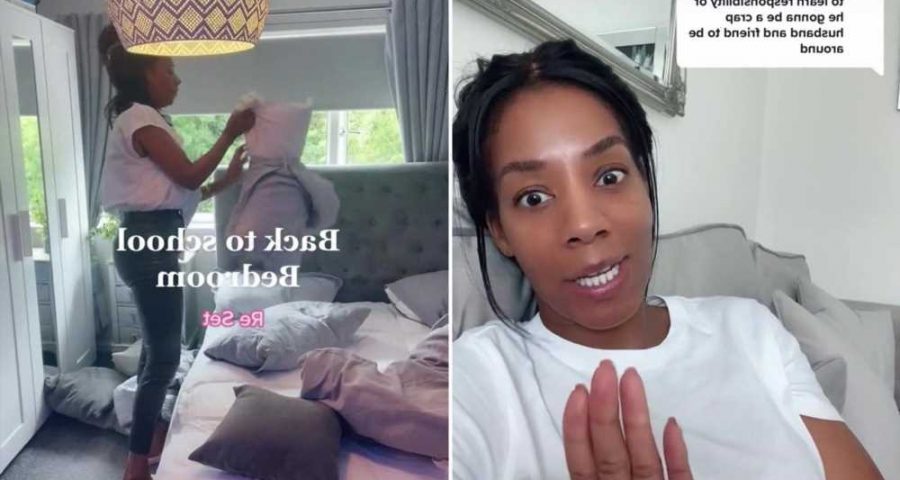 After posting a clip of her giving her son's room a deep clean she was bombarded with comments saying her son was spoilt. 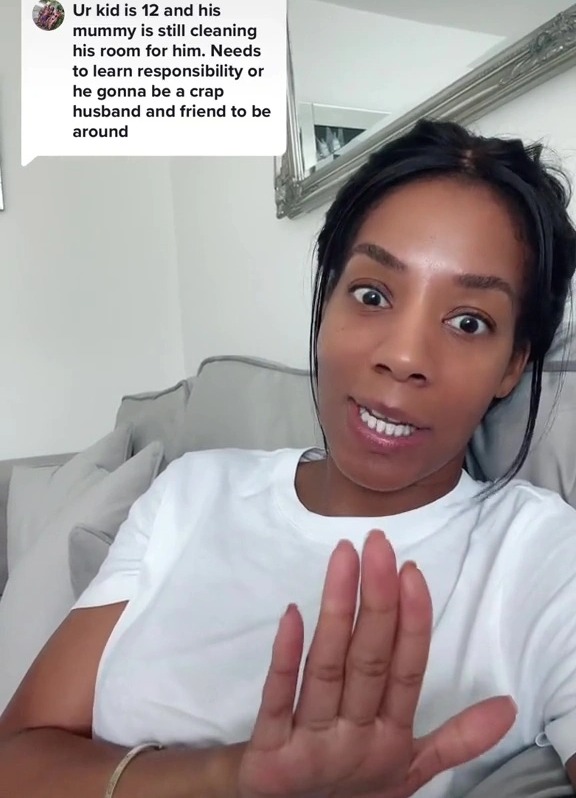 Kaye Marie shared the video on her TikTok account @kayemarieboutique in a bid to show off her cleaning skills and inspire others to clean their own homes.

She said the room needed a good clean after the summer holidays, so she got to work changing the bedding and even hoovering the mattress.

Not only that but she took everything out of her son's drawers to clean it all and reorganise.

She said: "He absolutely does not mind me cleaning them out, there shouldn't be nothing in there her doesn't want me to see, he's 12-years-old." 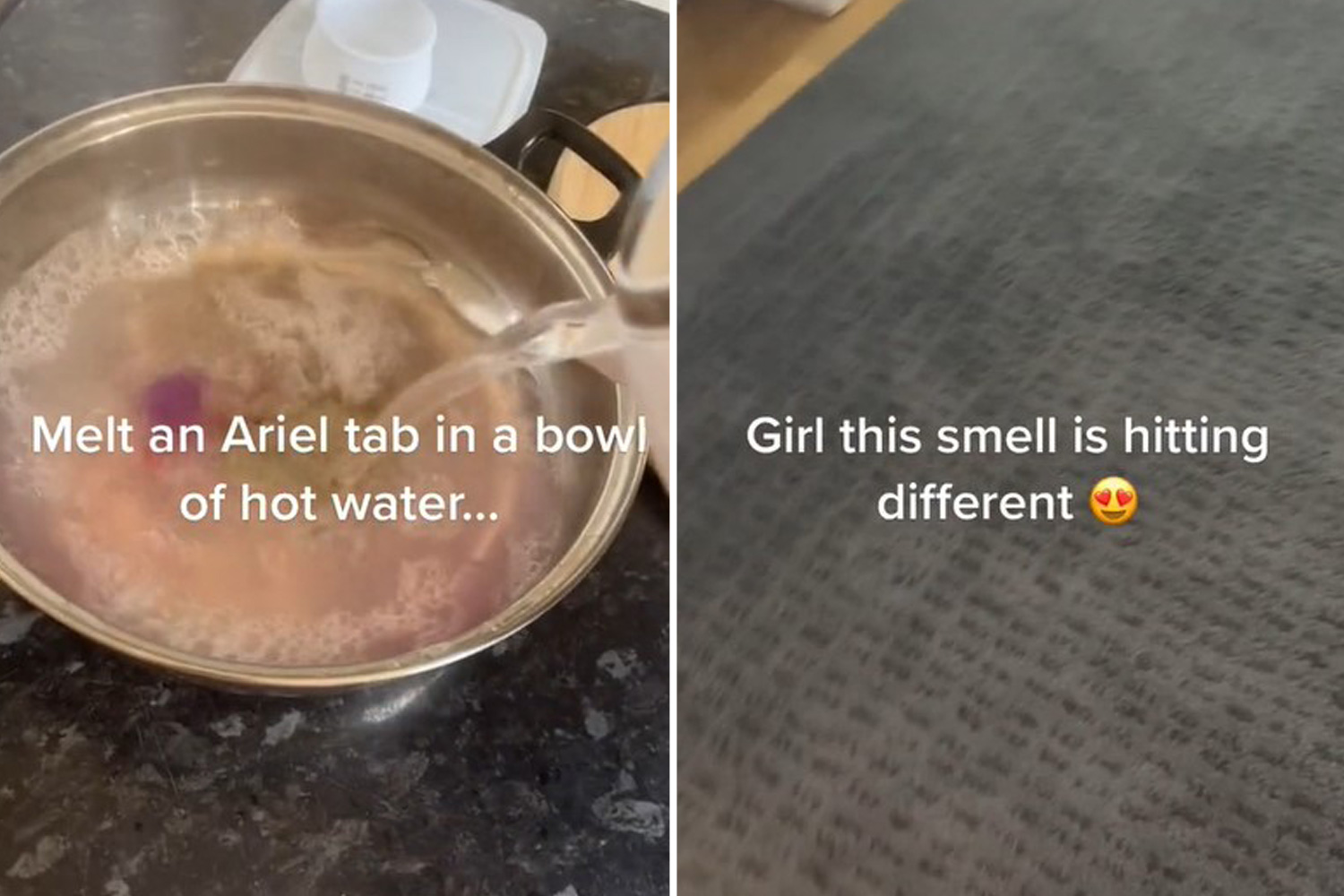 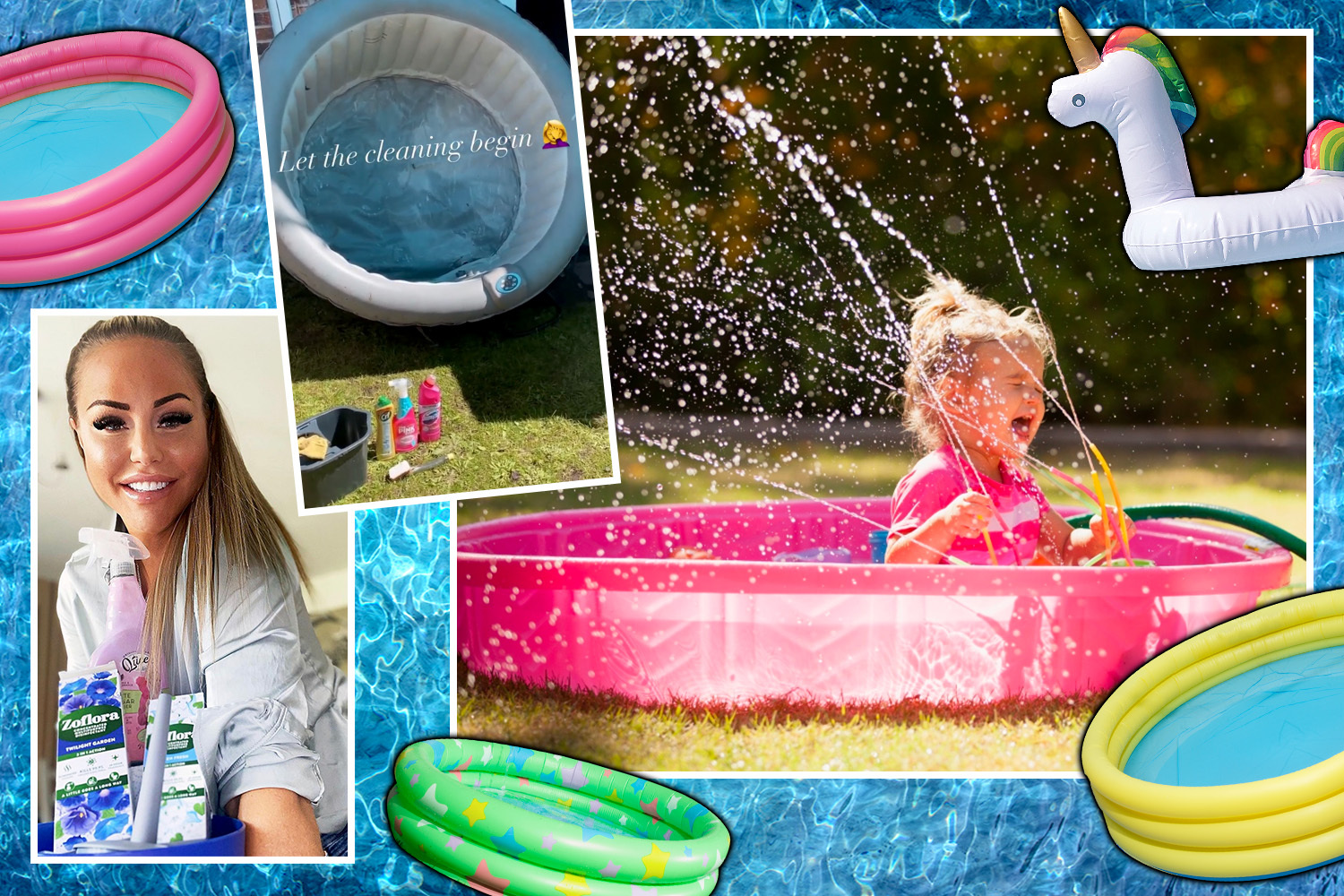 Kaye also threw away some of the junk her son was holding on to.

"I threw a lot away he didn't need, yes without his permission, what's he gonna do, I probably bought it," she added.

After some more cleaning and organising the room was spotless, but viewers were baffled that the mum cleaned his room in the first place.

One user jabbed: "Your kid is 12 and his mummy is still cleaning his room for him.

"[He] needs to learn responsibility or he's gonna be a cr*p husband and friend to be around."

Kaye reckoned the rolls were jealous of son, which she said was 'pathetic'.

She continued: "My child does do menial tasks around the house, I call them menial because he's 12-years-old."

The mum hit back and the trolls saying that her son wasn't Oliver Twist and she wouldn't make him to harder tasks, like hoovering the mattress.

Kaye explained that although she did clean his room before he went back to school, her son does still make his own bed, puts the bins out and wipes down the surfaces.

Another troll didn't think the mum should be cleaning her son's room either, she said: "He's gonna be a spoilt brat that can't do anything on his own, future partner is going to hate him!"

The cleaning whizz was baffled that users had the 'audacity' to comment on how she cleans her child's bedroom.

Other users agreed with Kaye that she wasn't spoiling him by wanting to keep his bedroom spotless.

One said: "He is a lucky boy, my kids do chores around the home too that are age appropriate, they are children!"

A second wrote: "Kids have so much homework and stuff to catch up on that the little things like this helps them!" 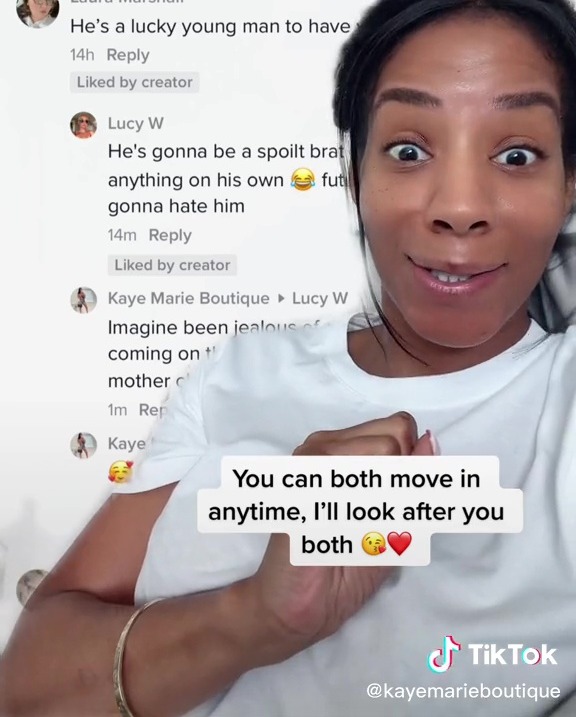 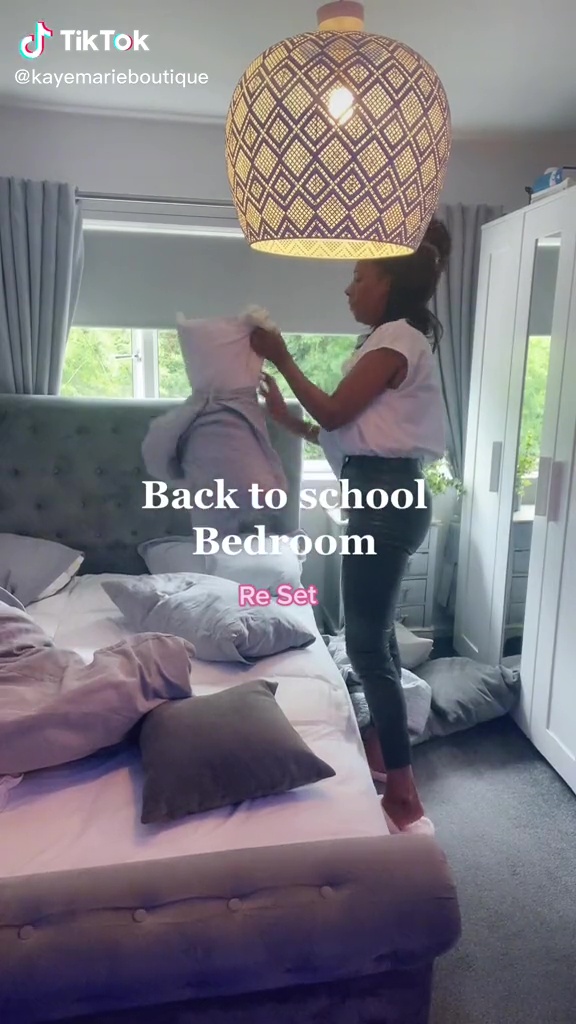 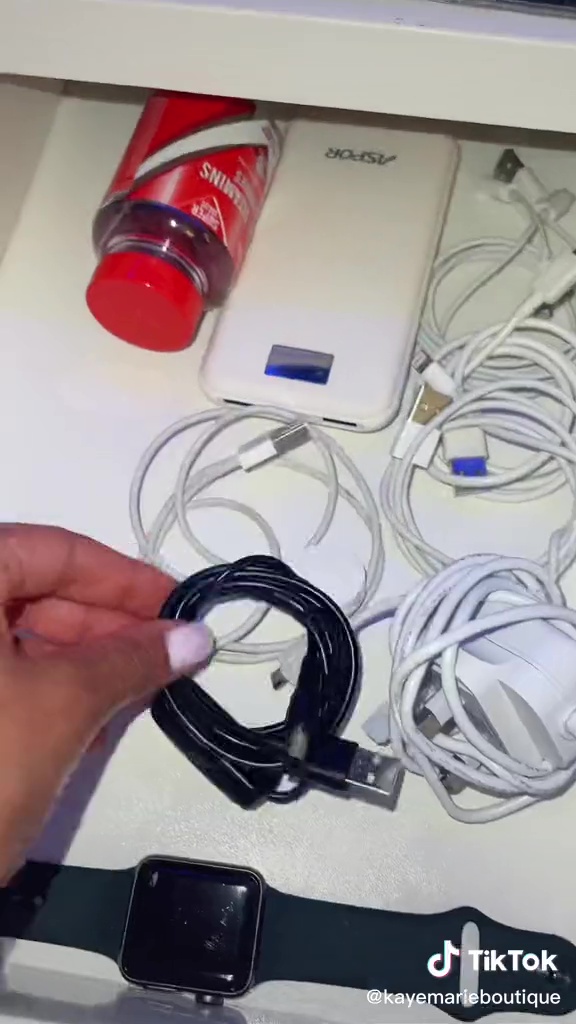