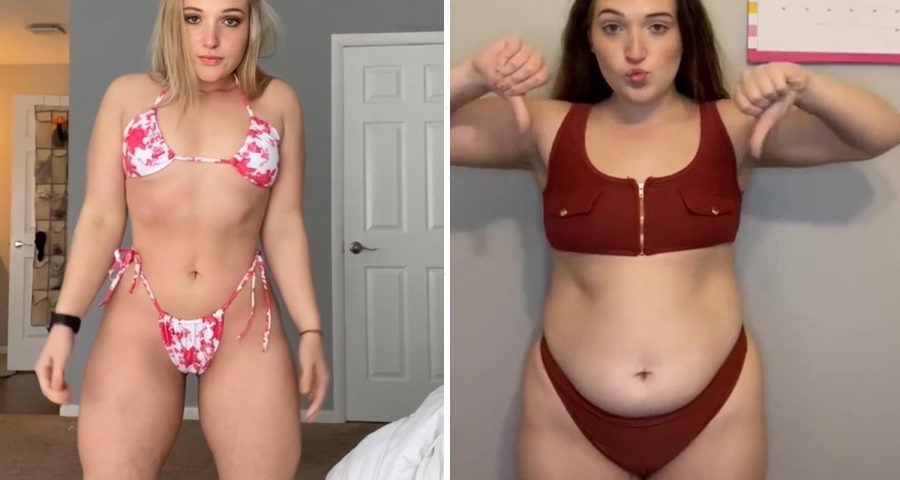 AN incredible time lapse video has revealed a woman’s 28-pound weight loss after she took pictures of her progress every day for six months.

Lucy Bergin went from a size large to extra small when she decided to take control of her health and started to work out at the gym. 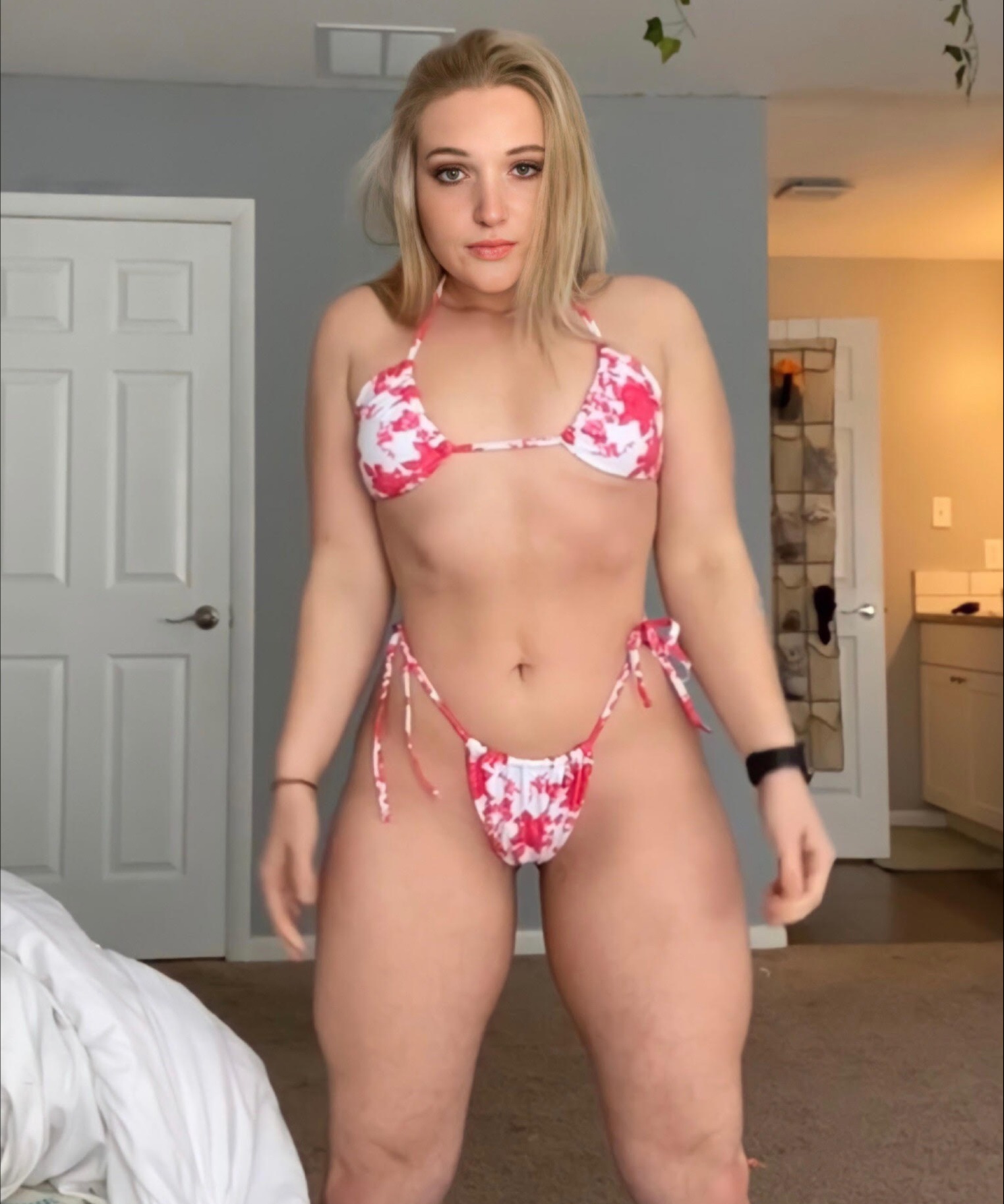 The 20-year-old from Florida shared her journey in a video on TikTok, where it has since gone viral.

Lucy started her journey on November 1 2020 and took a snap of herself every day, wearing the same brown underwear to showcase her progress.

Lucy says she led an inactive lifestyle as a child, not participating in sports as she was home-schooled.

At the age of 11 she was diagnosed with severe scoliosis, which she says contributed to her weight, and from a young age she was instructed not to exercise.

Despite her diagnosis, years later she decided to work out at the gym and to avoid injuries she became a certified personal trainer in 2018. 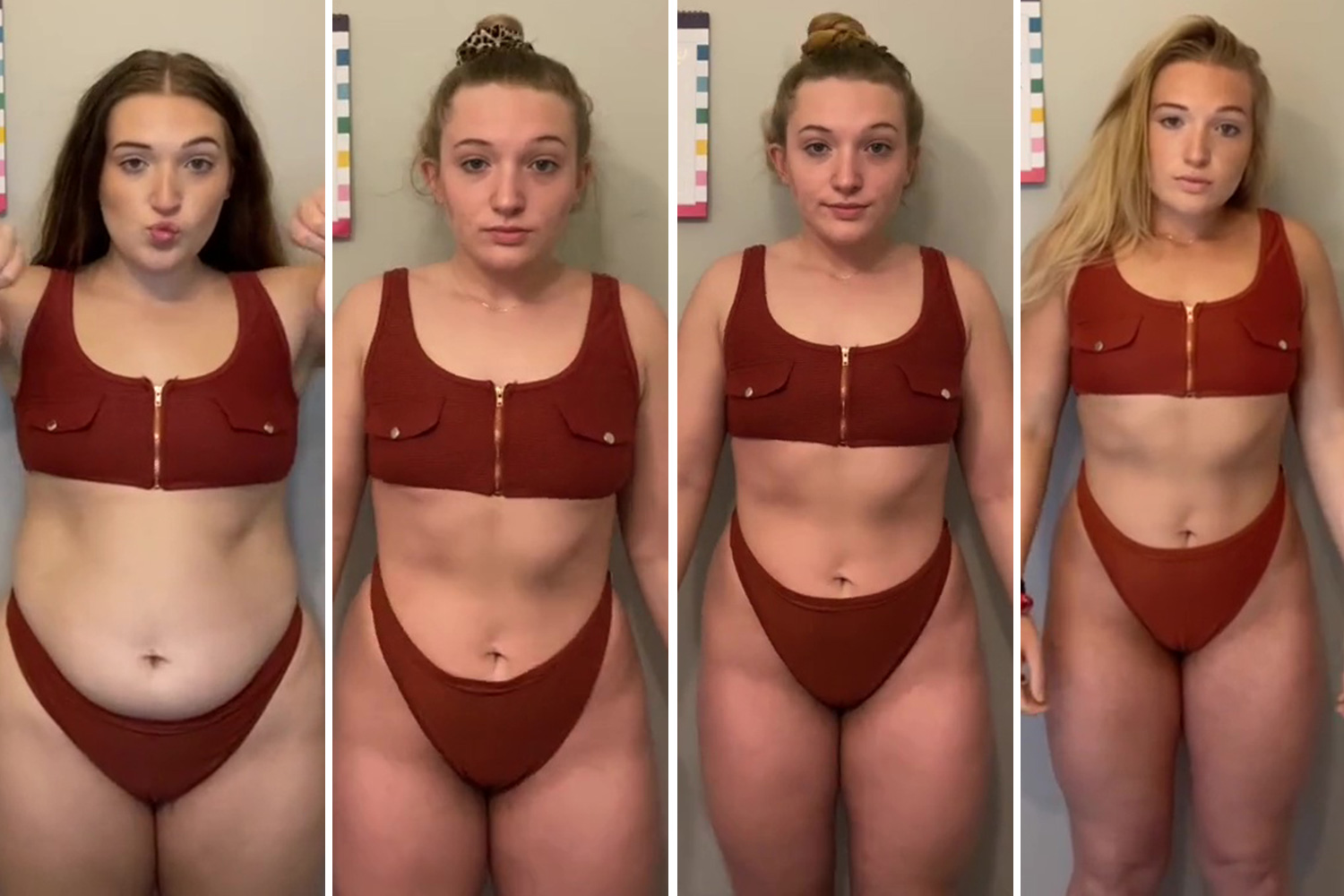 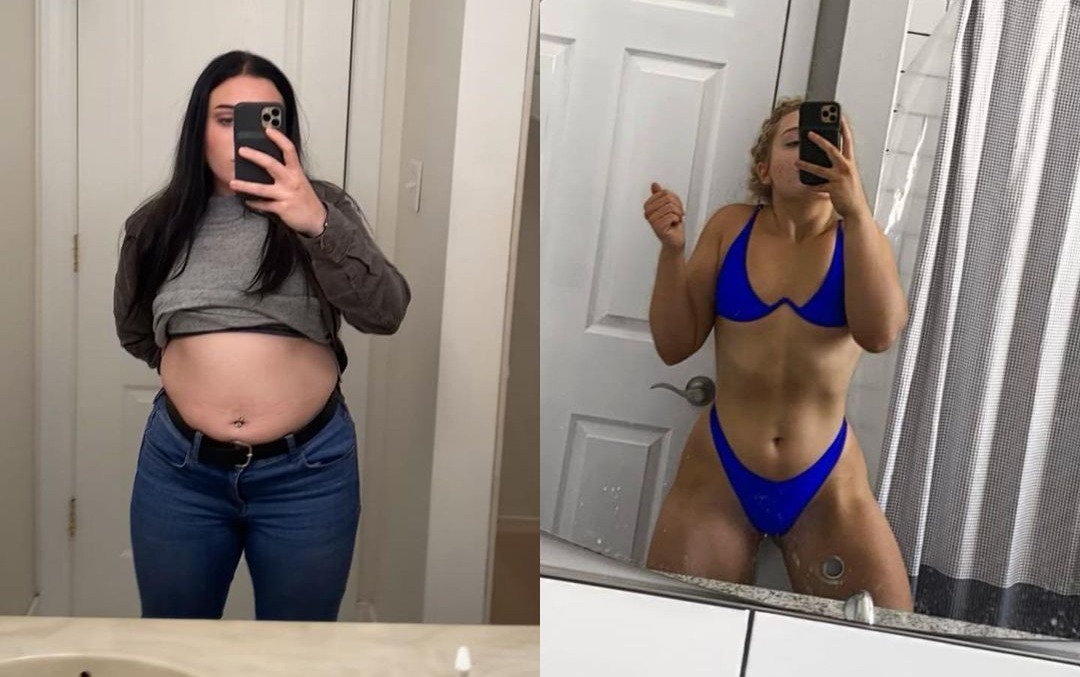 She said: “The most challenging part was staying consistent and not giving up when I didn’t see results right away.”

Alongside working out Lucy has adjusted to a high-protein and high-carb diet to "fix" her metabolism.

Earlier this month, Lucy compiled the daily shots into a time-lapse video and posted it on TikTok (@gritttfit).

The post went viral, reaching 11 million views and racking up 1.7 million likes and people are astounded by the change in her appearance.

One said: “Proof the results don’t happen overnight but they do happen! You look so stunning.”

She said: "There also has been quite a lot of rude comments about my ribs, neck and shoulders.

'Telling me to breathe (because they thought I was sucking in too much) – I have scoliosis, which causes flared ribs. 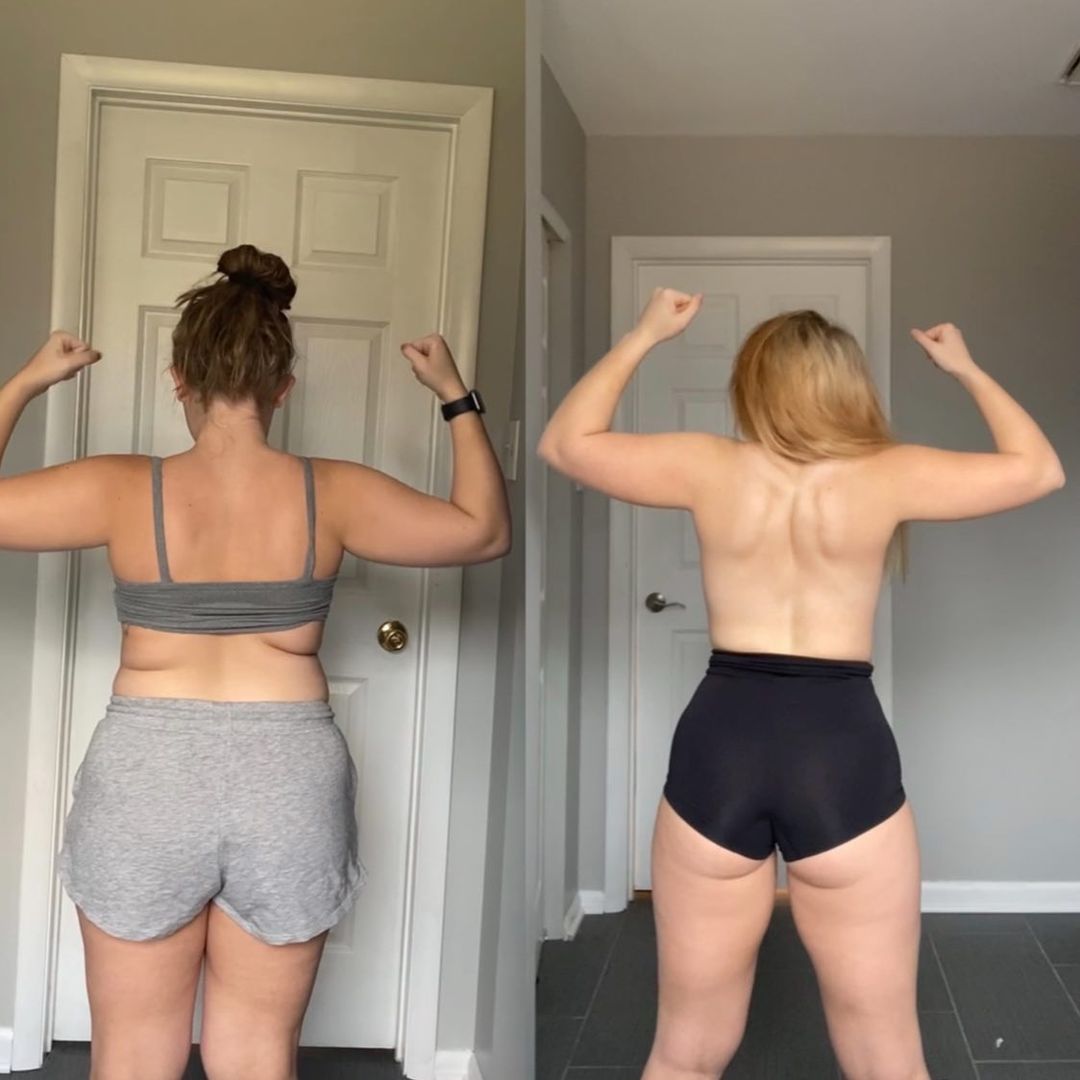 "I wanted to put myself out there to show everyone that no matter where you are in your fitness journey, you can do it.

"It was sad to see the comments from body-shamers."

In the post, which was liked more than 290,000 times, the two women can be seen standing side by side pre-transformation wearing sports bras.

In a second clip, they are shown months later wearing bikinis and flaunting their incredibly toned physiques.

The duo met two years ago at a strength training class and supported one another through their fitness journeys.

Alyssa followed a low-carb, high-protein diet and paired it with intense gym sessions. 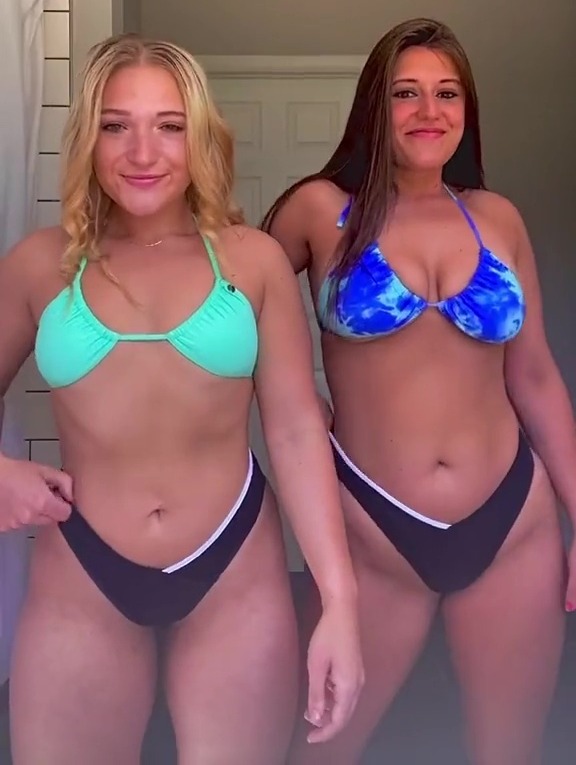 She has now lost 35lbs since June 2020 and works alongside Lucy as a personal trainer to 50 clients.

Alyssa said: “We both knew we wanted to do something individually with fitness as our careers, but once we met and found that we had common goals and a similar passion for this business, we decided to go in on it together.

“We have experienced the weight loss process and understand how physically and mentally exhausting it is."

Speaking about her future goals as a personal trainer, Lucy added: “My goal is to help others finally get to the point where they are able to put themselves first and love themselves at any stage of their health journey.”