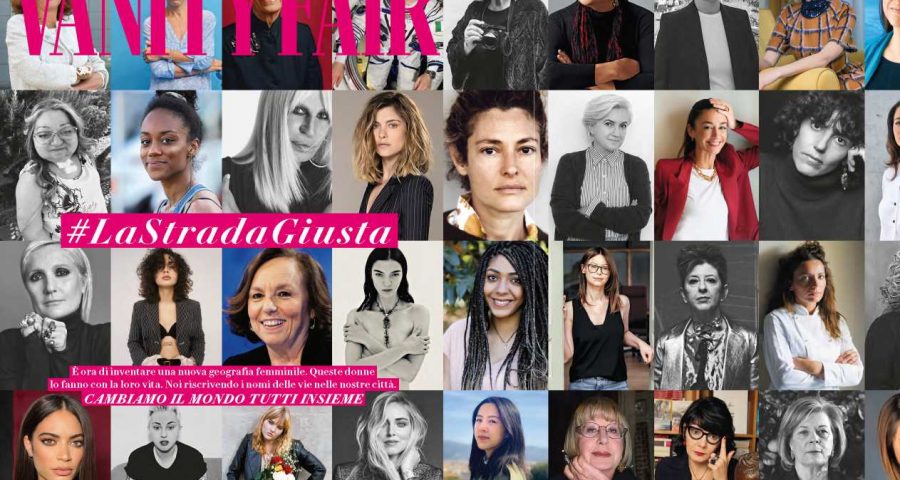 This week, the Condé Nast publication will publish a cover featuring portraits of 48 women operating in different fields, including fashion, art, entertainment, politics and sports — all actively contributing to the evolution of the Italy.

At the same time, Vanity Fair has launched an initiative aimed at naming more and more streets, squares and parks across Italian cities after women who have left a mark in the history of the country. The first fruit of this program led to the creation of the Tina Anselmi Garden in Florence, which was named after the Italian minister in the ’70s and the ’80s, who fought to introduce an equal opportunity law regulating labor in Italy.

“As for the street names, also the language we use needs to change. The words we pronounce, as the streets we walk every day, influence our education and show us the way,” wrote Marchetti in his preface to the issue. “It’s time to change them, because we are changing and because we need to change. It’s a long journey and, as all the revolutions, it needs to go through excesses and maybe moralistic acts. Because it’s a necessary journey, because female empowerment concerns everyone. Men and women. Geographies and languages. Don’t let you be stopped by those telling you we are facing another politically correct wave. There is nothing correct but a lot of politically wrong in the centuries of abuses that women had to go through. It’s time to change the course of history.”

A Story of Women’s Empowerment: Max Mara at 70