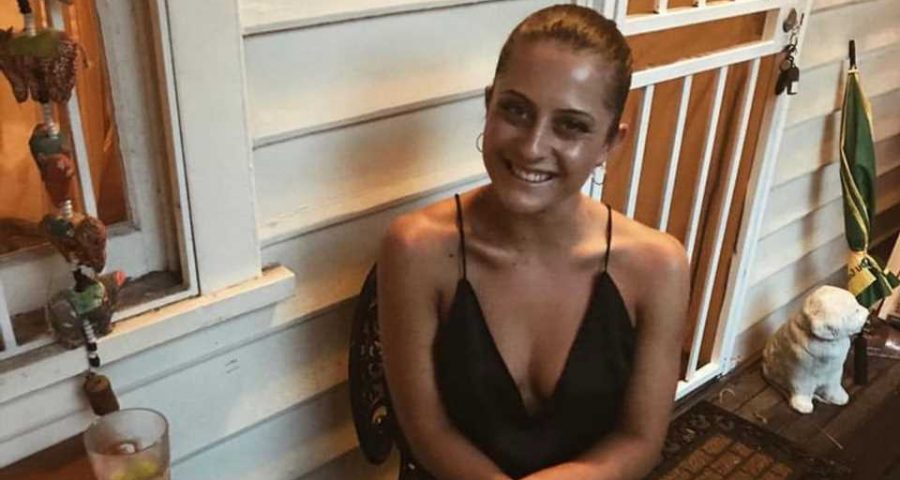 A "RECOVERING tanoholic" who refused to let anyone see her looking pale for 12 years has revealed how she injected "dangerous" self-tanning drugs to get the perfect shade.

Mimi Watt, from Sydney, Australia, said her obsession, which started after she was bullied at school, even led her to scrub her skin with a household cleaner and sunbathe without wearing suncream. 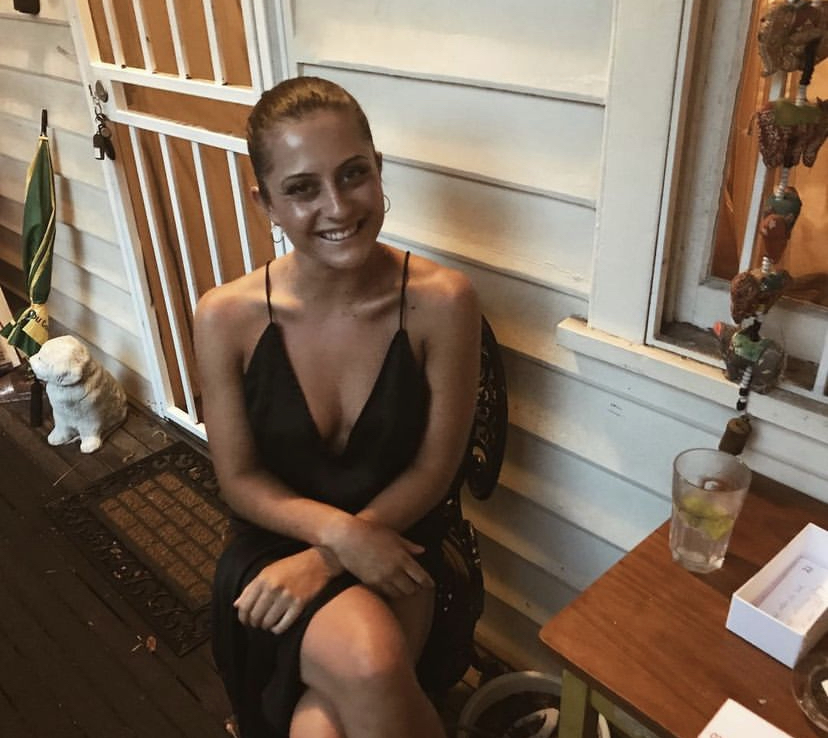 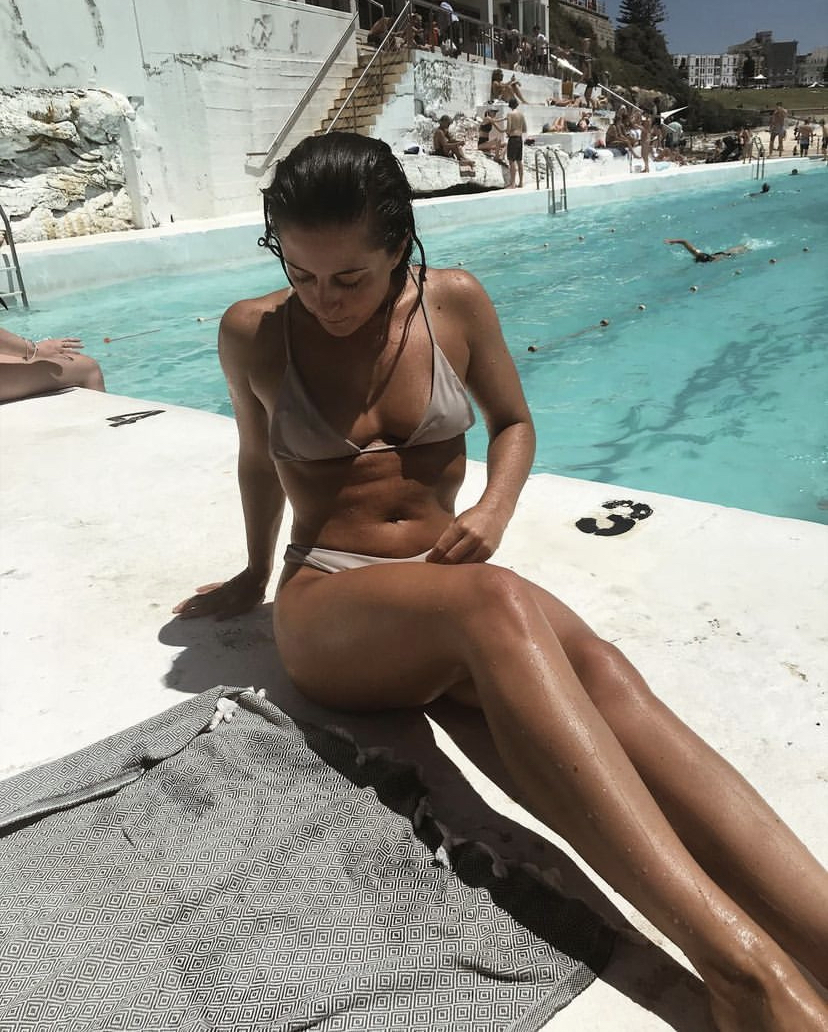 The 27-year-old, who admits her addiction has cost her more than Aus$10,000 (£6,000), has now turned to TikTok and Instagram to help other women in a similar situation, after experiencing a breakdown.

She said: “Looking back over the past 12 years, I genuinely see someone who was so crippled by this addiction, that now I’m coming out the other side, I can’t believe I put myself through all the things I did to myself.

“But I also remember very vividly feeling as though I didn’t have a choice, that’s why I call it an addiction, as it felt like something I had to do, even if a part of my mind was telling me it wasn’t safe.

“The need to fulfil this addiction was way too overpowering. 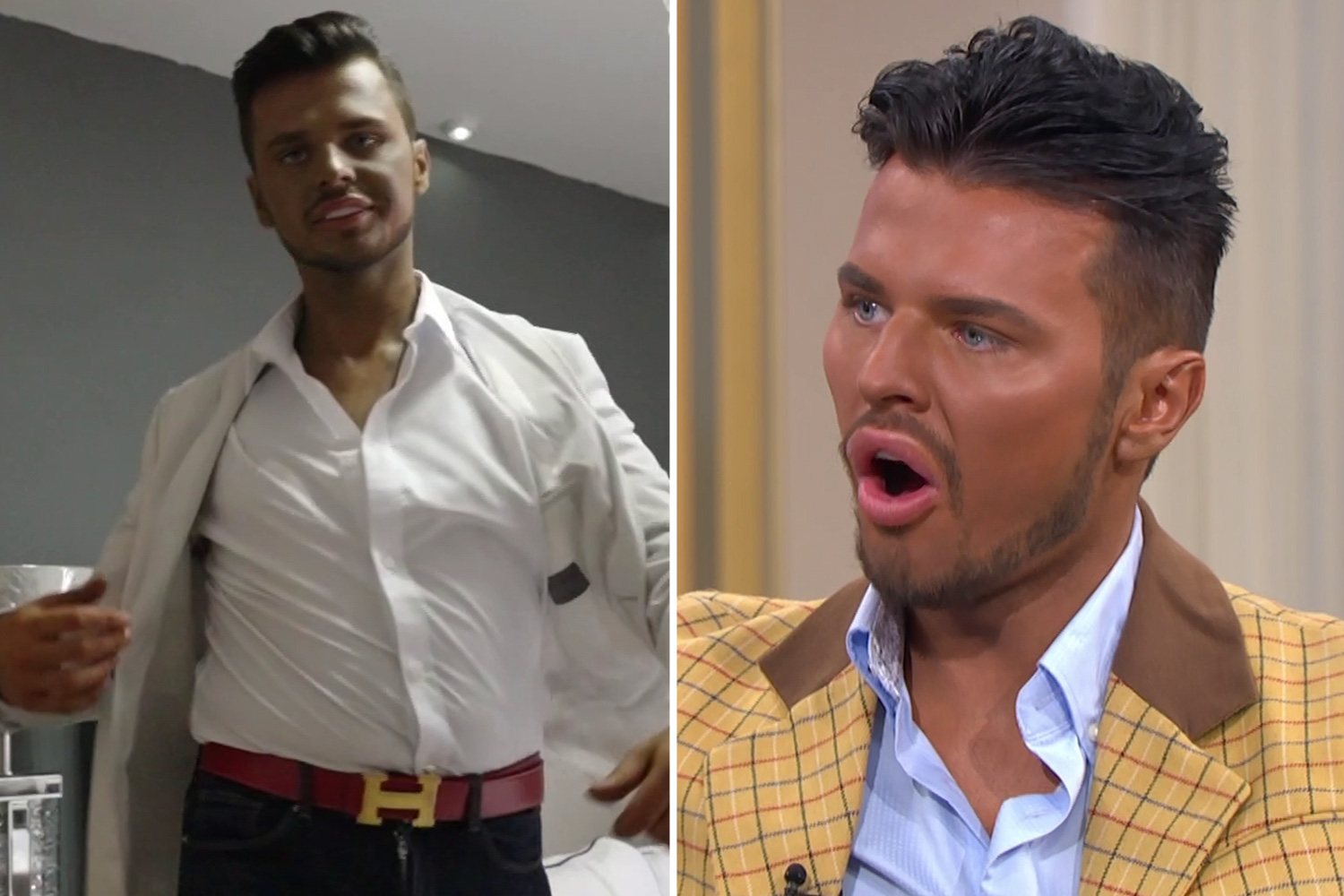 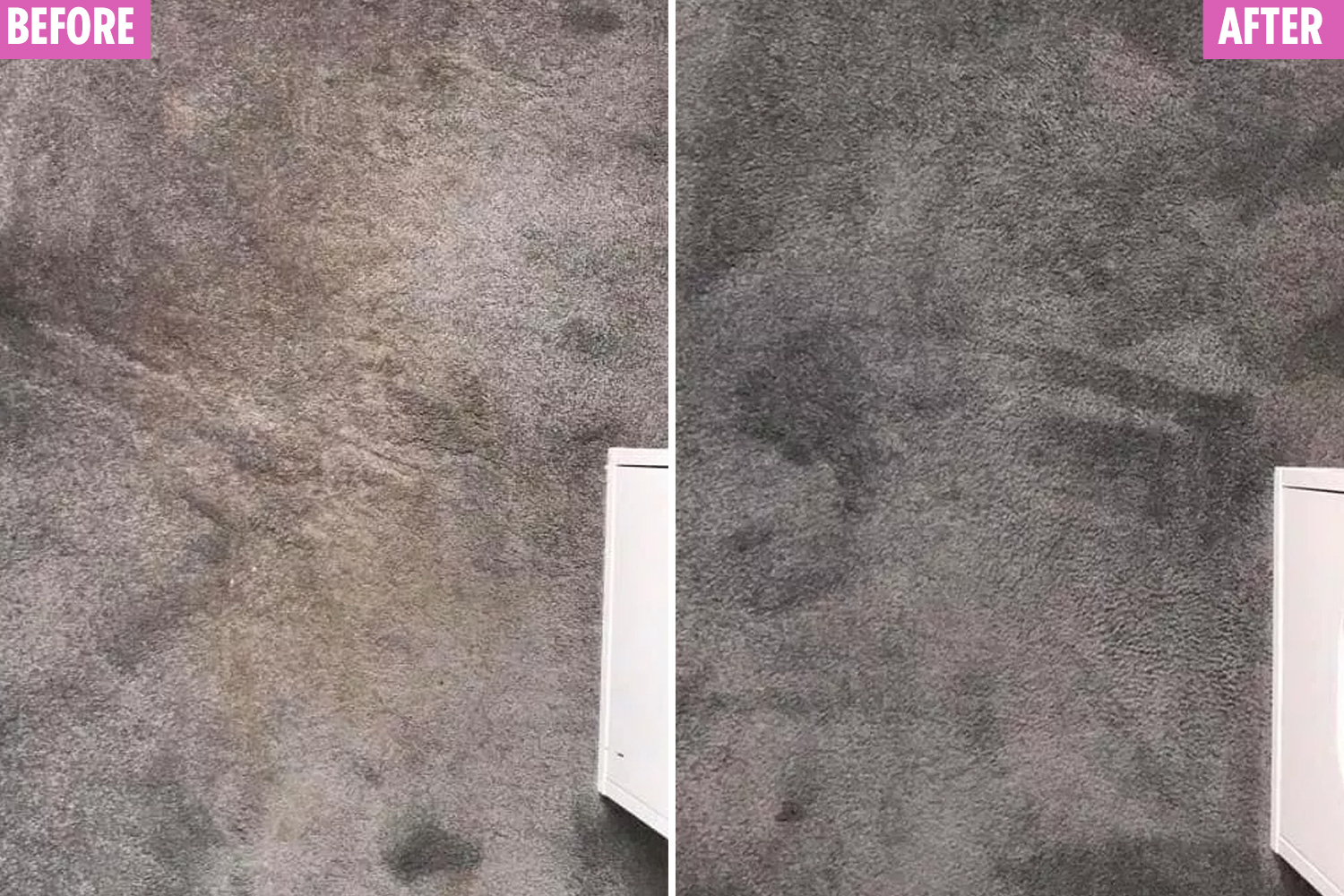 “My whole life I have been shamed for caring so much about a superficial thing, but I want to show that it’s much more than that.”

Mimi was taunted about her pale skin by cruel school bullies when she was just 15 in 2010.

Told only tanned girls were pretty, she started applying fake tan every week. It was an arduous up to two-hour ritual, but Mimi admits seeing her skin glowing gave her a confidence boost.

Wanting her skin to be as “fresh” as possible to apply the cream to, Mimi admits how she even dangerously used a household cleaner to remove old fake tan, desperate to get a deeper colour. 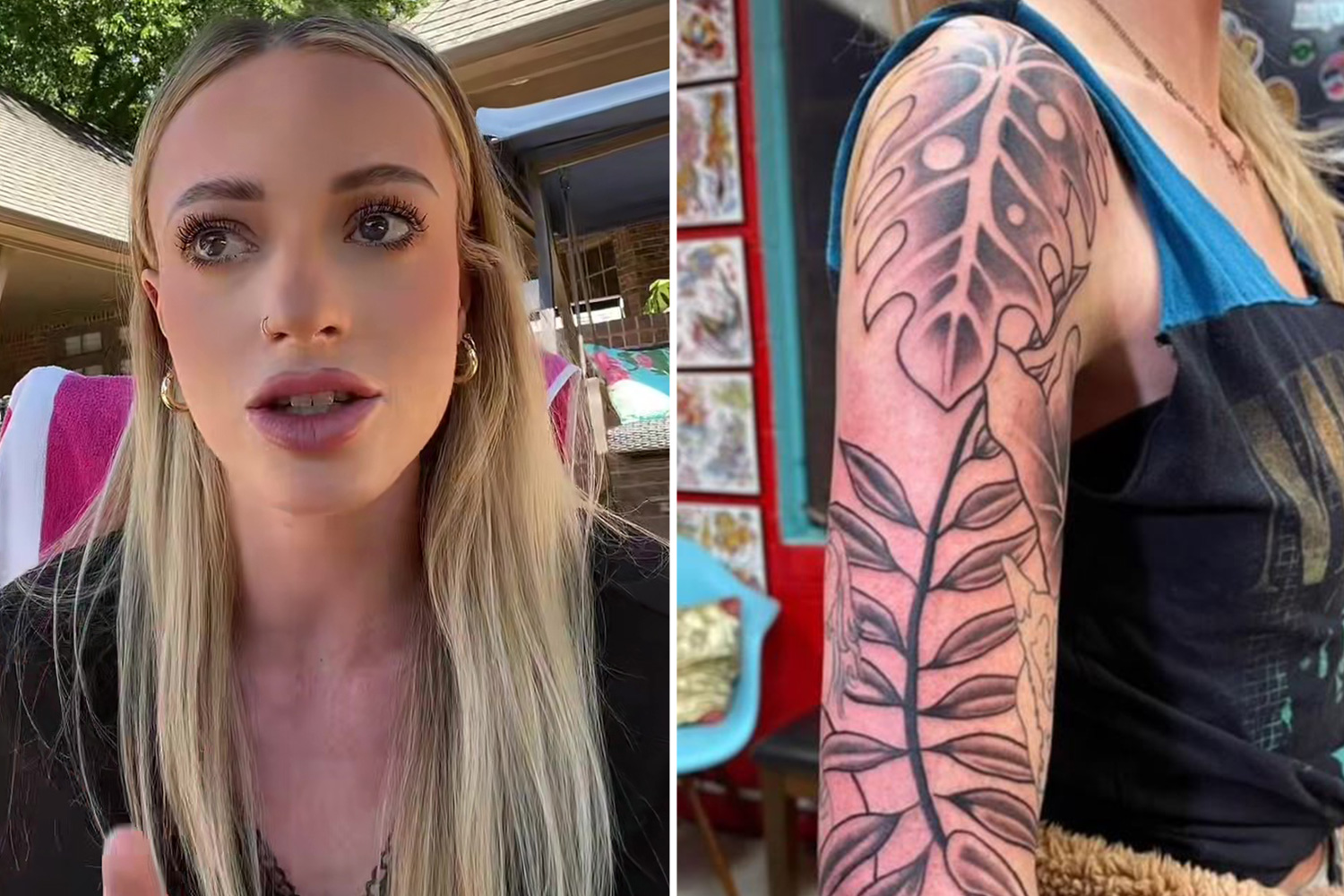 I wanted a delicate, tropical leaftattoo but the artist ignored my ideas 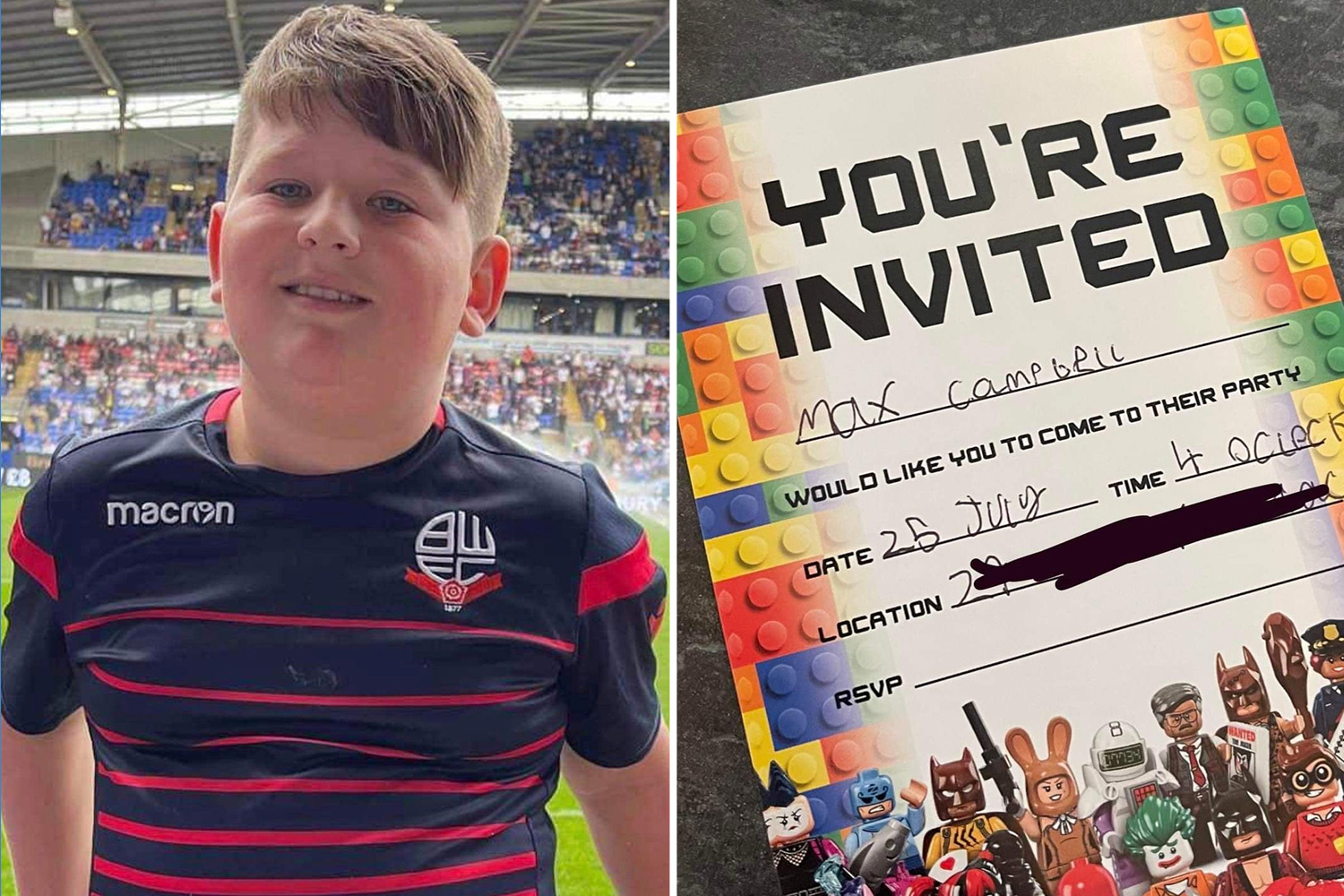 My son, 10, invited his whole class to our home for a party – but didn't tell me 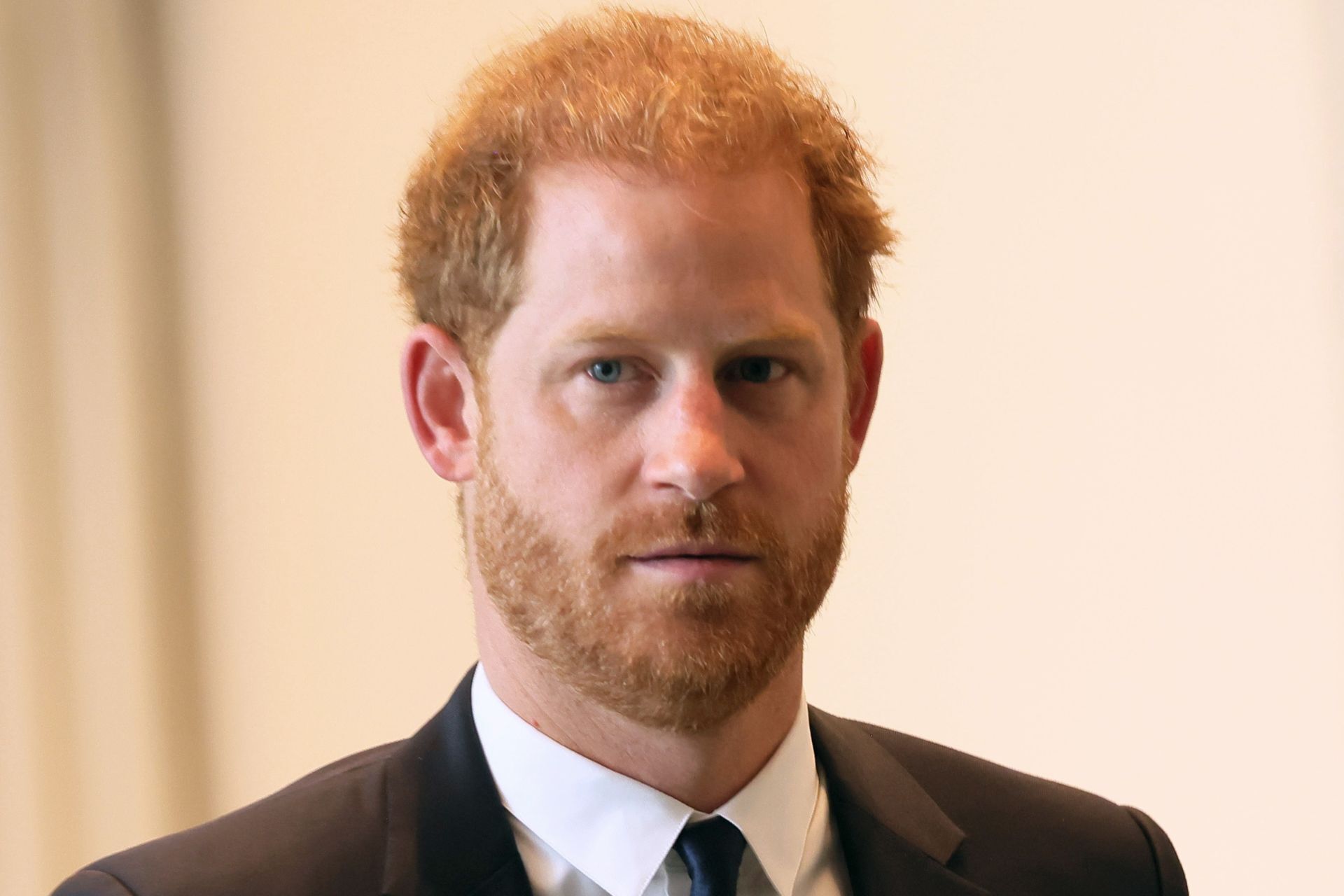 She said: “The popular girls – who all had glowing tans – would say I was pasty and looked like a ghost. In a desperate attempt to fit in, I discovered fake tan. It was a magical solution.

“In the early stages, I wasn’t very good at applying it, which meant my skin was often streaky.

“After researching, I read how using a household bleach cleaner to rub off the old fake tan could help. So I tried it.

“It didn’t burn, it just left my skin red, so I carried on. I would sneak it into the shower so my family wouldn’t see.

“I was in the grips of an addiction and at the time I couldn’t see the damage it could do to me, only that it would lead to me getting a better tan.

“I was so insecure about my pale skin that nothing stopped me.”

Mimi hated anyone seeing her without fake tan. She would miss social occasions and would dread anyone having a pool party.

She was petrified her friends or boyfriends would see her looking pale, so she would only see them on the days after she had applied fake tan. 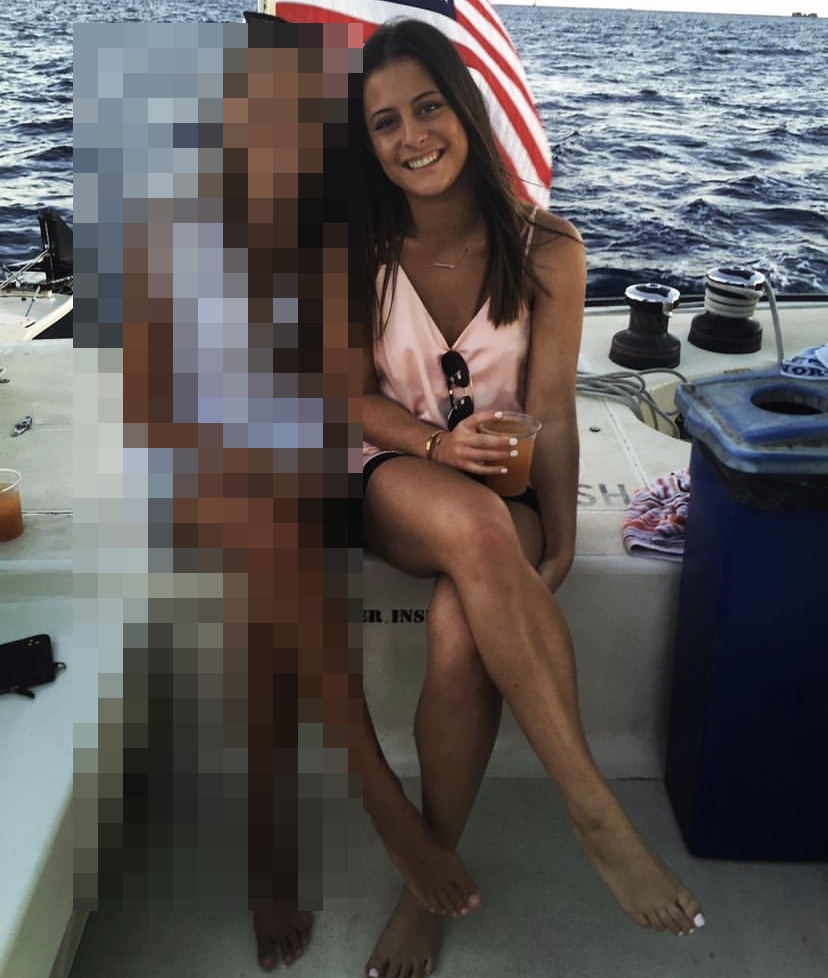 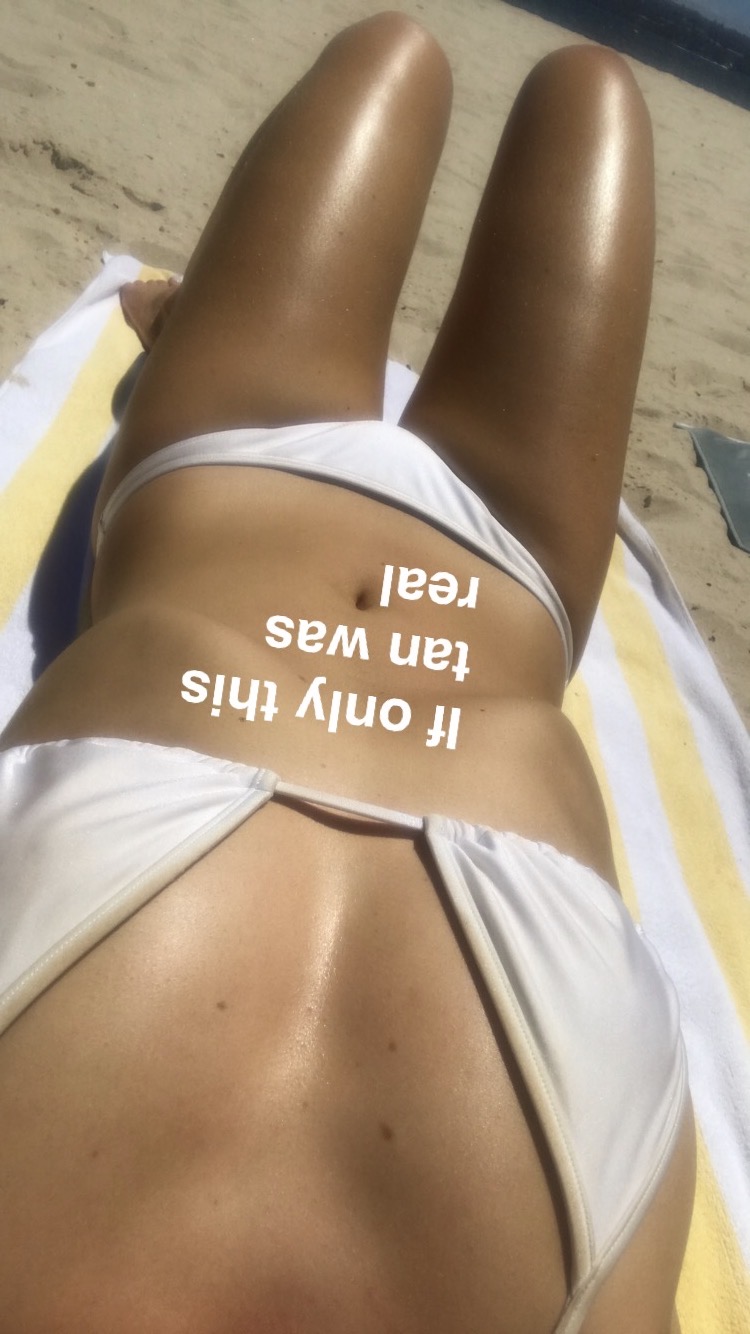 Mimi said: “It became a competition as to who could get the darkest, nicest tan. It was the centre of my universe and everything revolved around my tan.

“Socialising was only possible if I had tanned and I’d have emotional breakdowns if my tan wasn’t looking good.

“I’ve had several relationships since my first boyfriend at 17. I wasn’t nervous about my tan rubbing off when we were intimate, but I kept my tanning a secret – I was so ashamed.”

When she was 19, Mimi’s addiction became so bad, she bought illegal “Barbie drug” melanotan online – an artificial hormone that stimulates pigment cells in skin to produce melanin that makes it look darker.

The product is unlicensed and unregulated – meaning it hasn’t been through stringent safety tests for human use – but it is widely available online.

Mimi admitted she experienced side effects including nausea, headaches, hot flushes and disrupted sleep, but they didn’t deter her. She kept it a secret and didn’t tell her parents.

She said: “In 2013 a friend told me about melanotan – and I was desperate to get my hands on some.

“I managed to buy some online, and while nervous about the unknown side effects, I began injecting it into my stomach daily to begin with.

“It took a few weeks to build up the melanin production and I had to lie in the sun to stimulate the tan, but when it started working, it was incredible.

“I thought using an SPF would restrict my tanning so I avoided it. Then I injected every second or third day.

“I would use a sunbed a few times a week to enhance my tan. One vial of melanotan would cost $150-$200 and that would last a month while each sunbed was $40 each time.

“It didn’t wash off when I had a shower or went swimming, it wasn’t patchy, it didn’t smell, it was real and I was hooked, feeling more confident than ever.

“I buried my head in the sand about the consequences, all I wanted was the tan.

“I didn’t tell anyone, my parents had no idea.”

Mimi used melanotan for five years before she realised that it wasn’t working as well as it did in the beginning, and she would need to lie in the sun for longer and increase her sunbed usage to get the same deep tan.

I thought using an SPF would restrict my tanning so I avoided it. Then I injected Melanotan every second or third day.

She began to worry about the damage she was doing to her skin and health. She has lots of freckles and moles as well as sun damage on her shoulders, arms, hands, and back.

By 2018, she’d had enough and resorted back to her original vice – bottled fake tan.

Mimi said: “I have more wrinkles on my skin than I would have if I hadn't spent so much time in the sun and I worry about how my skin will age.

“My fake tan addiction has always had a hold over me, but it wasn’t until two years ago in 2020 that I began to feel the urge and desire to want to overcome it.

“I was becoming more conscious of how it was holding me back in life and realised that I couldn’t and didn’t want to keep it up forever.

“But I found people seeing me pale, an excruciatingly vulnerable experience. I felt utterly naked. People would make comments like, ‘are you feeling okay? You’re looking very pale’.”

Mimi had a breakdown in 2020 when she realised she was living a lie – but didn’t know how to stop using fake tan.

From Sep 2020 to Jan 2021, Mimi ditched the fake tan altogether after feeling like she “couldn’t do it anymore.”

She began trying to embrace her natural, pale skin and although it wasn’t easy, she felt free for the first time in years.

But she relapsed in January after a trip to Byron Bay when a friend applied fake tan.

She believed there would be other people going through the same thing, so in May 2022, Mimi set up a TikTok account under the profile "Recovering Tanaholic" – and her videos started going viral, including one that detailed things she was ashamed to admit about being a tanning addict.

She also set up an Instagram account to help others who are in a similar situation – and now has a community of 10,000 people around the world.

Mimi said: “Alcohol and drug addiction are so common and spoken about, but fake tan addiction isn’t spoken about and it’s trivialised – I want to shed light on it to normalise it.

“If you feel as though this has a hold on your life you’re not crazy. It’s clear from my TikTok account there are thousands of other women going through this too.

“I’ve been inundated with messages from other women and girls who are addicted to having tanned skin. They tell me how my TikTok has helped them with their own struggles with fake tan and to feel less alone.

“I still fake tan once a week but I don’t do it as dark as I used to. The main difference in my relationship with fake tan now is that I want to overcome my addiction.

“And if by speaking out and revealing what I’ve been through I can help other women, then hopefully something good can come out of my experience.” 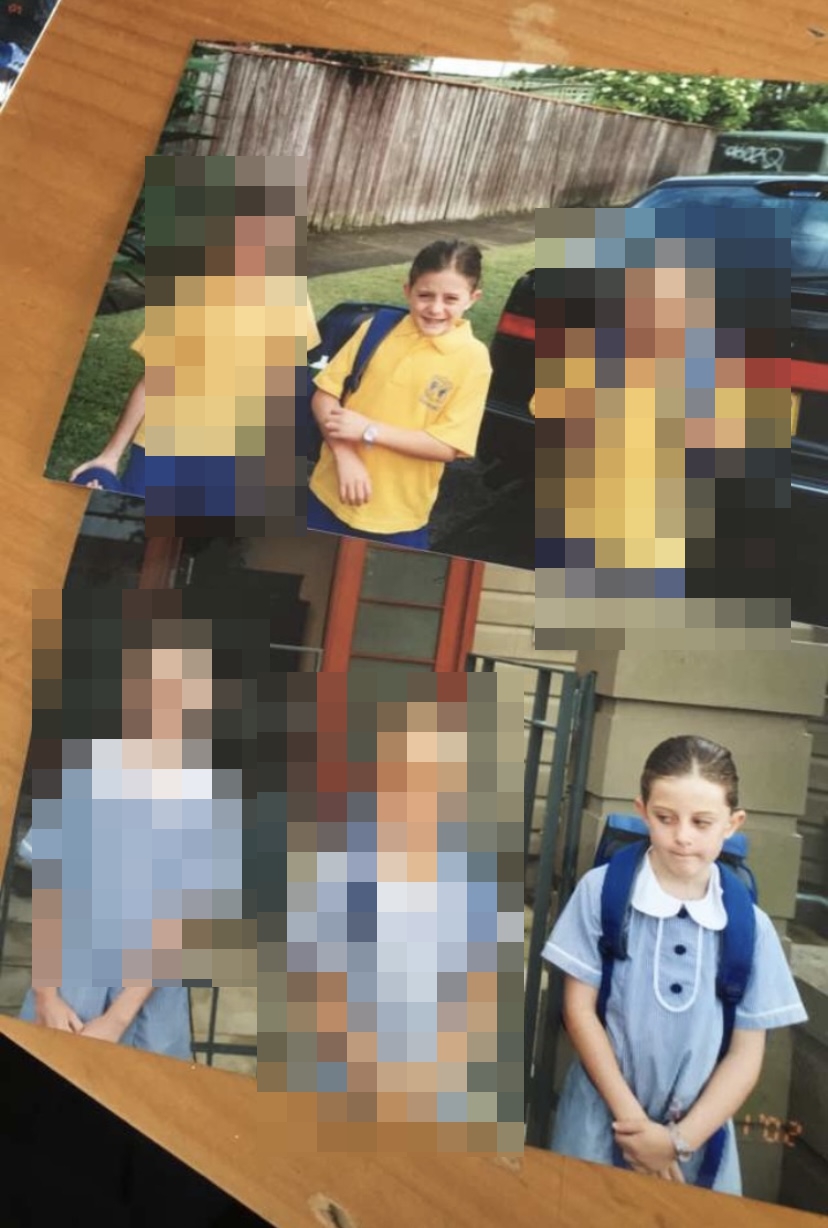 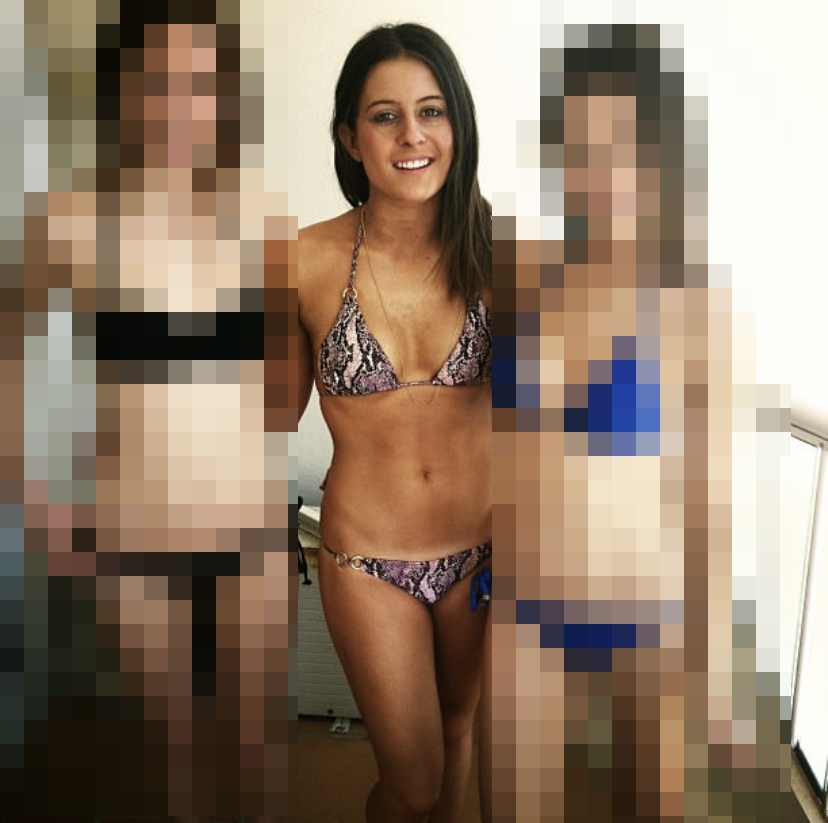