Sophie Turner turned up the heat with her new Instagram selfie, and her husband, Joe Jonas, is HERE for it!

Joe Jonas is not afraid to publicly rave over how great he thinks his wife, Sophie Turner, is looking these days! On April 26, Sophie took to her Instagram story to share a gorgeous new selfie of herself. In the pic, she’s wearing a navy blue halter top with a plunging neckline, and she’s leaning forward to show it off. The top is paired with a pair of jeans, along with a dangling necklace and eye makeup to match the shirt. Joe re-posted the pic on his own story and included a sweating emoji to convey his feelings about it.

It’s been nine months since Sophie gave birth to her and Joe’s first child, a baby girl named Willa, in July 2020. For the first several months after Willa’s birth, the lovebirds, who got married in June 2019, stayed out of the spotlight to privately raise their daughter. Recently, though, they’ve been popping up more and more for date nights and other outings. Joe has also been hard at work filming a new movie called Devotion.

As for Willa, though, Joe and Sophie have continued to keep her away from the public eye. They have yet to share a photo of the infant, and have kept their life as parents off of social media. One thing they haven’t been shy about, though, is how amazing Joe thinks that Sophie is! Earlier this month, Sophie shared another set of gorgeous photos, and Joe left the sweetest comment to rave over them. “Talented, brilliant, amazing, incredible, show stopping, spectacular,” he wrote, along with a heart-eye emoji. Amen! 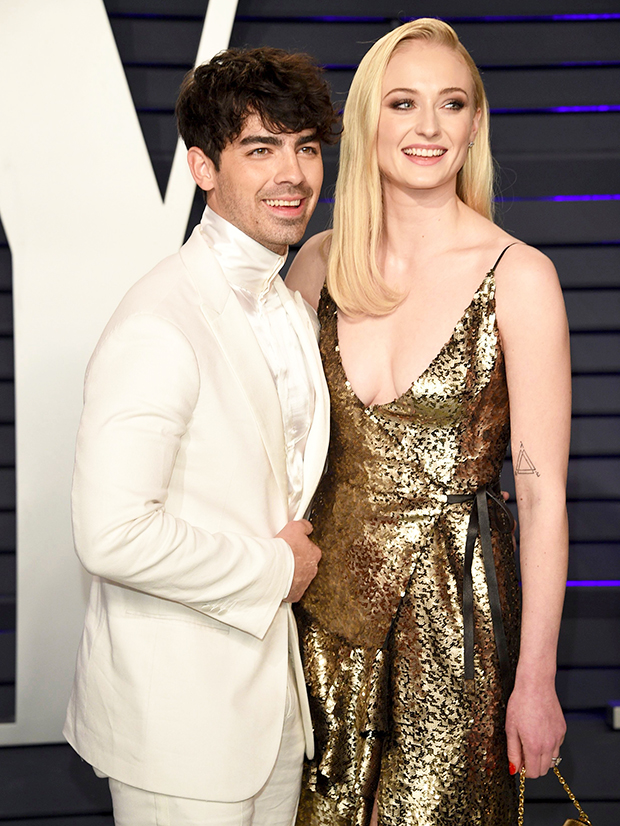 Joe and Sophie started dating in 2016, and in Oct. 2017, they confirmed their engagement with a post on Instagram. In May 2019, Joe and Sophie eloped in Las Vegas following the Billboard Music Awards. They had their actual wedding in France the following month, and news of Sophie’s pregnancy broke in February 2020. Due to the coronavirus hitting the U.S. just weeks later, Sophie was able to spend the last several months of her pregnancy in lockdown, which has helped with the privacy aspect following Willa’s birth.