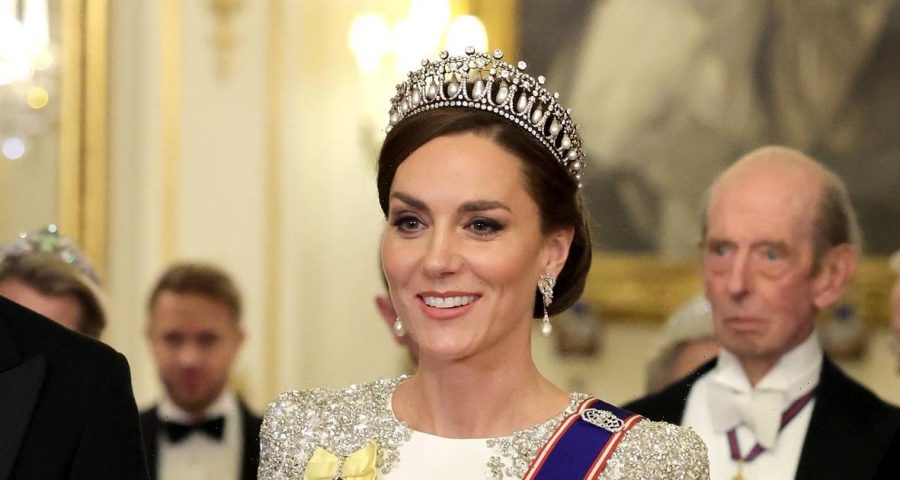 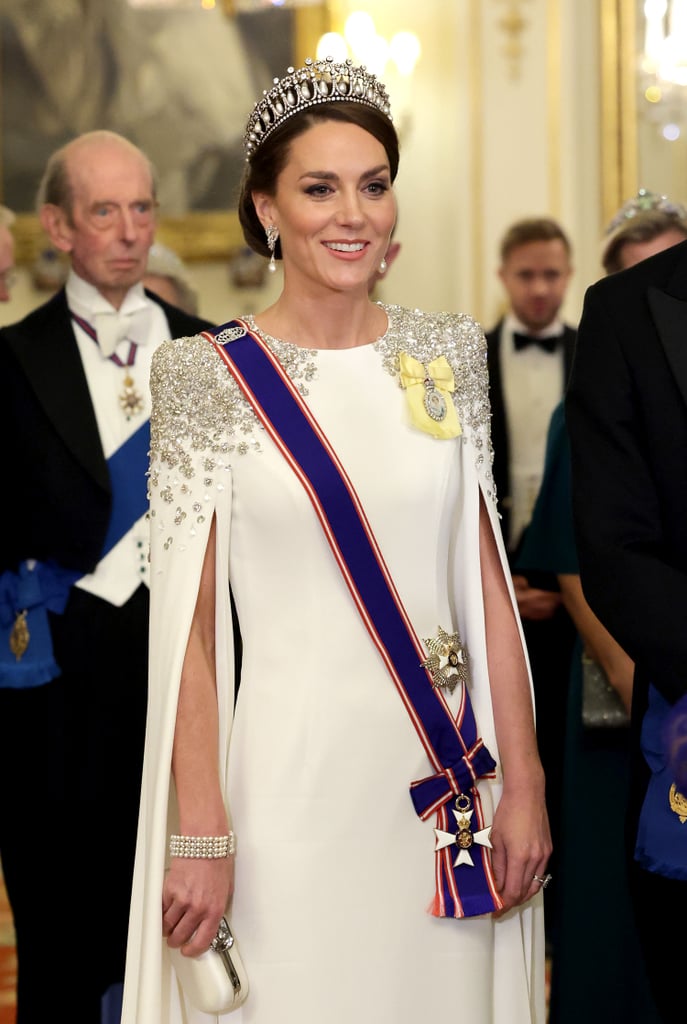 Kate Middleton is officially the Princess of Wales, and she showed up to a state banquet dressed like the royalty she is. But as stunning as her outfit was in its own right, it also honored those who came before her, including Diana, the former Princess of Wales, and the late Queen Elizabeth II, who died on Sept. 8. Middleton arrived at the state dinner, held in Buckingham Palace on Nov. 22 for South African President Cyril Ramaphosa, dressed in a regal white gown by Jenny Packham complete with cape sleeves and glittering beaded shoulder embellishments. But most notable of all was her jewelry, which included a pearl bracelet and the historic Lover’s Knot tiara — the first one she’s worn in three years.

Although Middleton has donned this very tiara multiple times in the past, the fact that she chose this particular piece for her first major appearance as the Princess of Wales is still significant. According to Vogue, the Lover’s Knot was initially commissioned for Queen Mary back in 1913, featuring plenty of diamonds and 19 pearls set in silver and gold. The crown was then bestowed to Queen Elizabeth II, who gave it to Princess Diana before her death in 1997. Through Diana’s legacy, the tiara became an iconic piece of the royal wardrobe, and the queen eventually ended up passing it down to Middleton. But wearer beware — although stunningly beautiful, the crown is said to be so heavy, it allegedly gave Princess Diana headaches. As a final touch to her outfit and another nod to her late mother-in-law, Middleton also wore a layered pearl bracelet that belonged to Queen Elizabeth II, along with matching pearl earrings.

Read on for photos of Middleton’s sweet tribute and her debut as the Princess of Wales.