For the May 2 episode of ‘American Idol,’ Katy Perry dressed up in a Tinker Bell costume in honor of Disney night.

Katy Perry went all-out for Disney night on season 19 of American Idol. This year, she dressed as Tinker Bell from Peter Pan for the May 2 episode. “I love Tink in the original Peter Pan and beyond when Julia Roberts played her,” Katy told HollywoodLife and other media outlets after the episode. “I just love that she has a little bit of sass and a sense of humor. She’s always kind of scrappy, and so, I resonate with that character. I’m always wanting to be playful and believe in magic and find the best in every single person.” 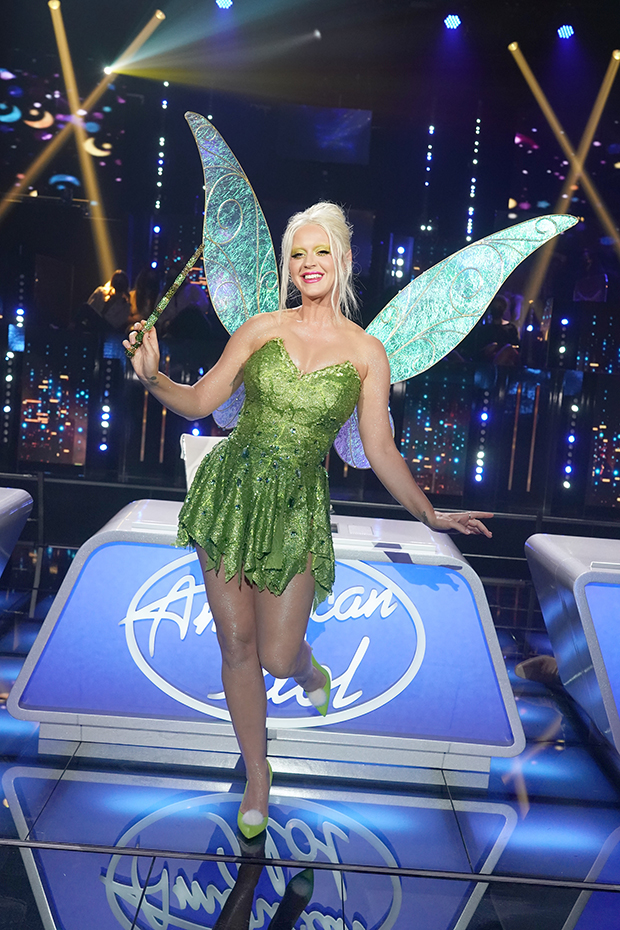 For the show, Katy wore a strapless, green, sparkling dress and tights, paired with matching green shoes. Of course, there were also fairy wings and a wand. Katy completed her outfit with her blonde hair pulled up into an updo, along with dramatic green eyeshadow to match the rest of the ensemble.

“Disney night is always my favorite every season,” Katy gushed. “I am a Peter Pan of sorts where I’ll never grow up. I love staying playful, and even more-so now with my daughter, there is a light in her eyes and everything is new so there is a lot of joy around. But it’s also fun to play the part.” 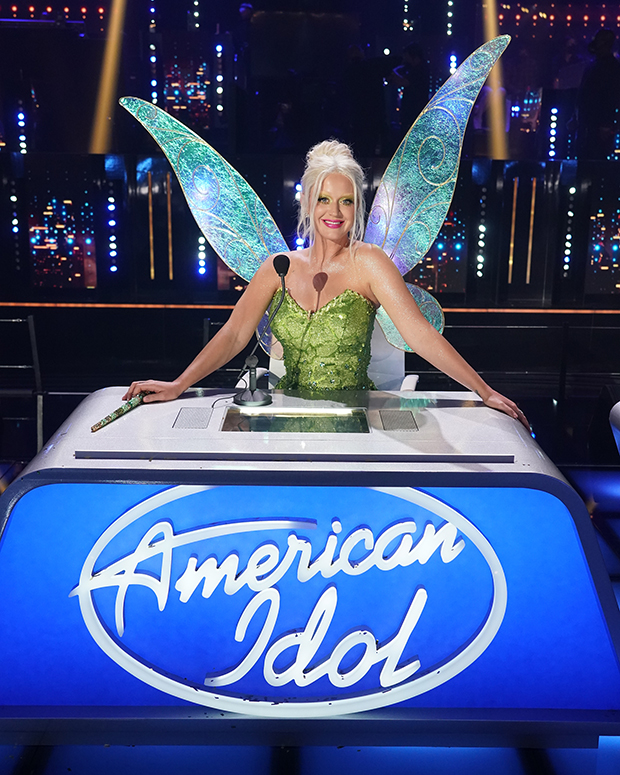 During the episode, the top 10 artists performed songs from Disney, and three were eliminated at the end. Now, only seven artists remain as the competition winds down. One of the remaining singers is Arthur Gunn, who came in second place on Idol’s 18th season. He won his way back onto the show for season 19 during a special comeback episode, where he and nine other former contestants performed to see who would get the most votes from viewers. 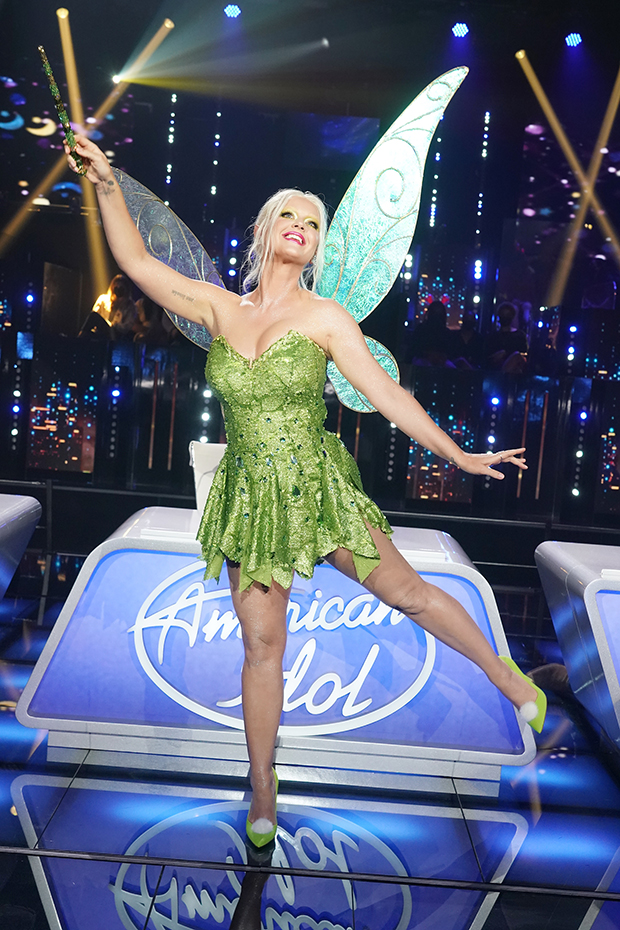 By the end of the month, this season of American Idol will come to an end, and Katy’s fellow judges, Luke Bryan and Lionel Richie, offered advice to the contestants for forging careers after the show. “What they are really able to do is engage their fans through all their social platforms,” Luke explained. “I think no matter what, in the entertainment business, to be successful, you have to work your butt off way more than the next person. And that is just how it is when you partner up a work ethic along with the boost you get for being on TV and being on American Idol. You are going to be able to be an artist. It’s a great platform, but you have to take the platform, do the work, and work from there.”