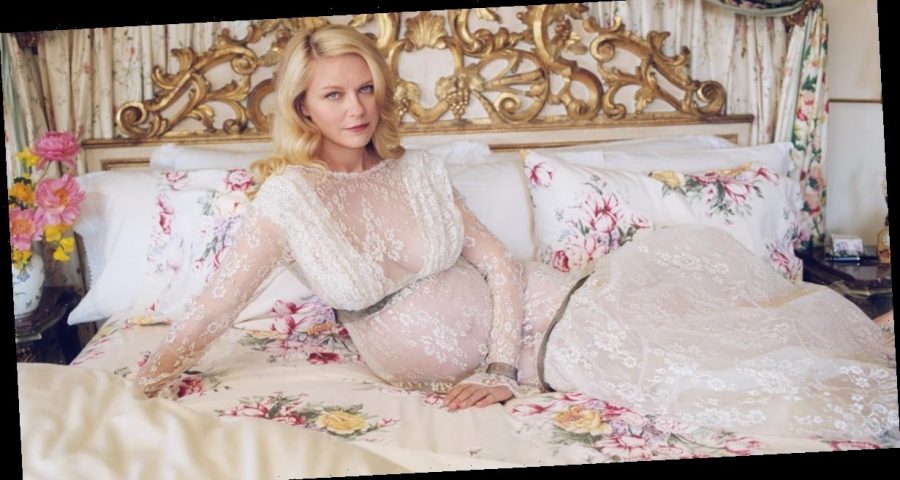 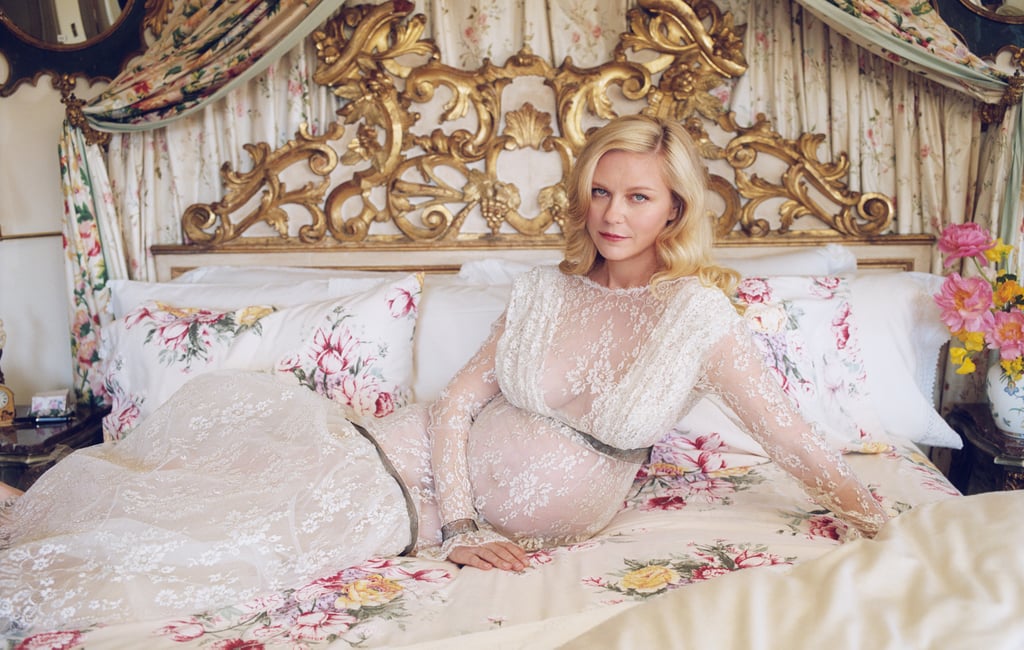 Surprise! Kirsten Dunst is pregnant with her second child, and she wore the dreamiest white dress to announce the news. The actress stars as one of the three cover stars for W Magazine‘s annual Directors Issue, which will be on stands April 6. The gorgeous shots are taken by Sofia Coppola, who back in the day directed a 16-year-old Kirsten in The Virgin Suicides. (Elle Fanning and Rashida Jones star in the cover story as well!) The shoot was inspired by “the glossy pages of the 1980s featuring society hostesses posing in their glamorous settings,” according to a press release, which noted that Coppola hoped to re-create “the feminine and fancy nostalgia of the magazines of her teenage years.”

Kirsten actually announced her first pregnancy in Rodarte’s lookbook. For her second pregnancy, she once again turned to her friends Laura and Kate Mulleavy, Rodarte’s founders, to create this ethereal gown. The designers created a custom white lace dress for the “All Dressed Up With Nowhere to Go” shoot. The piece is based on a similar silhouette she wore when she was pregnant with her first child. Take a look at her Rodarte look and all the other gorgeous gowns she wore in the shoot ahead.