Give Prince Harry and Meghan Markle credit: The monarchs of Montecito, Calif., managed to come up with a name — Lilibet — for their new baby daughter that is so distinctive that it is all but unheard-of outside of Buckingham Palace or “The Crown.” (For the uninitiated, Lilibet is a royal family nickname for the prince’s grandmother, Queen Elizabeth II, derived from her mispronunciation of her own name when she was a child.)

By defying old baby-name conventions, however, they also stumbled into a new one: the quest to brand one’s child with the most idiosyncratic name possible.

In a telephone interview, Pamela Redmond, a co-author of 10 baby-name books, as well as a founder of the site Nameberry, discussed the arms race among parents to christen their infants with one-of-a-kind names guaranteed to turn heads.

Should we be surprised that Harry and Meghan went out on a limb with the name for their second child?

Baby-naming has become almost a competitive sport, with parents vying to find a name that no one else has discovered, that also carries deep personal meaning. A lot of parents ignore the standard lexicon and look instead to place names, invented names, international names and names that defy gender stereotypes.

And of course, Lilibet is yet another “L” name for girls.

“L” has to be like the consonant of the decade. Lily is one of the original “L” names, or double “L” names, like Lola, Lila and Lilian. Luna has gone from almost nonexistent 20 years ago to number 14 on the Social Security Administration list of popular names. Chrissy Teigen and John Legend used that for their daughter. You saw the same thing with the “J” names of the ’70s and ’80s — Jennifer, Jason, Jessica, Joshua. Then there were the “K” names, which the Kardashians helped popularize in the 2000s. The sound of the letter is what becomes fashionable.

There are a lot of words that start with L that have very positive, warm connotations, like “love,” “lovely,” “lilting,” “lively.”

What about for boys?

There are definitely boy equivalents — Lucas, Luca, Leo, Levi. I know it sounds crazy, but there were more than 50 boys in the United States named Lucifer last year.

Forbidden names are seeing more use. You’re starting to see babies named Lilith, a demon from Jewish folklore, and Kali, a Hindu goddess associated with doomsday or death. Even Danger is becoming a hot new name for boys. On the other hand, there’s a whole new class of evangelical names: Amen, Savior, Canaan, Creed and Saint — the name of Kanye and Kim Kardashian’s older son.

Another thing that stands out about “Lilibet” is that it’s a family name. Are nonroyals also plucking names from their family trees?

Definitely. It gives people a way to narrow down the vast universe of names, and also an authentic way to impart real meaning in your child’s name. The difference is, today people want genuine family names. In the ’80s, there were these fake family names, like Parker and Morgan, which sounded like family names but weren’t. 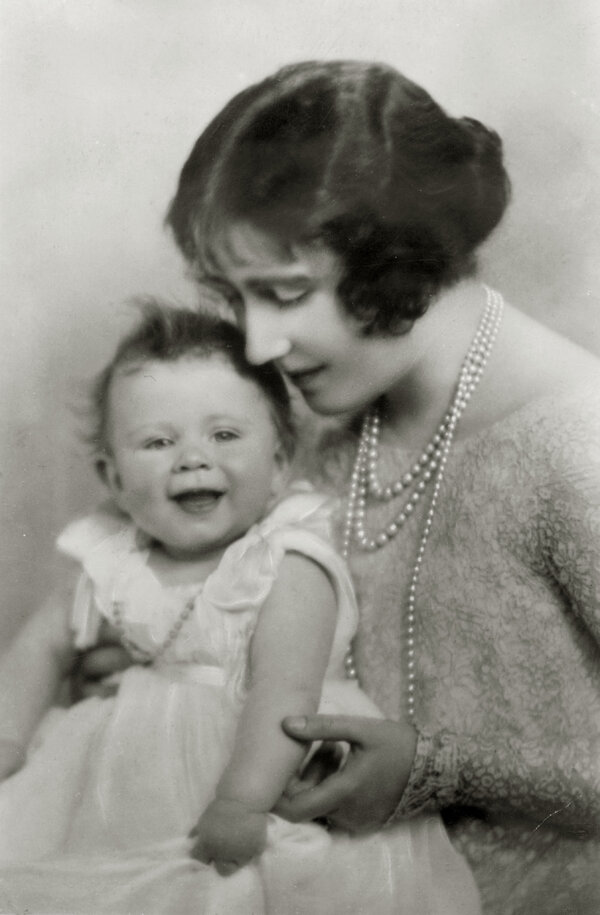 Does the same hold true for non-Anglo names?

There’s definitely a movement of reclaiming original cultural names. A lot of Latinx Americans are going back to original family names like Pablo, versus the Anglicized version, Paul. Parents with an Indian background who have Anglicized names themselves might give a child born in America a traditional name like Arjun, a fashionable Hindi name that means bright and shining.

Are all family names created equal?

No one wants to use names of their siblings or kids they went to school with. And the names of their parents are even worse — the baby boomer names like Susan, Debbie, Bobby or Karen, which of course has its own issues. This is why your great-grandparents’ names like Beatrice and Arthur sound appealing again. They’re far enough away to feel fashionable again, rather than dowdy.

How far back do you have to go to hit the sweet spot?

There seems to be a pattern called the 100-year rule: After 100 years, names are ready to become not merely used, but truly fashionable. And some parents are looking for names that haven’t been used for a couple of thousand years, taken from the ancient world, mythology or fables. Julius, Cassius and Freya are downright trendy, and names such as Hera, Nyx and Osiris are starting to pop up.

What are some other big trends right now?

Nature names is one of those categories that just keeps growing. Parents are now looking at animal names like Ox — seriously — or mineral names like Onyx and Amethyst or celestial names such as Venus, Celestia and, well, Skye.

So is the general rule the more unique, the better?

One of the worst name fates is discovering that the name you thought was so original — like Elodie, in honor of your French grandmother — -has become so popular there are four other kids with that name in your child’s school.

This interview has been edited for length and clarity.