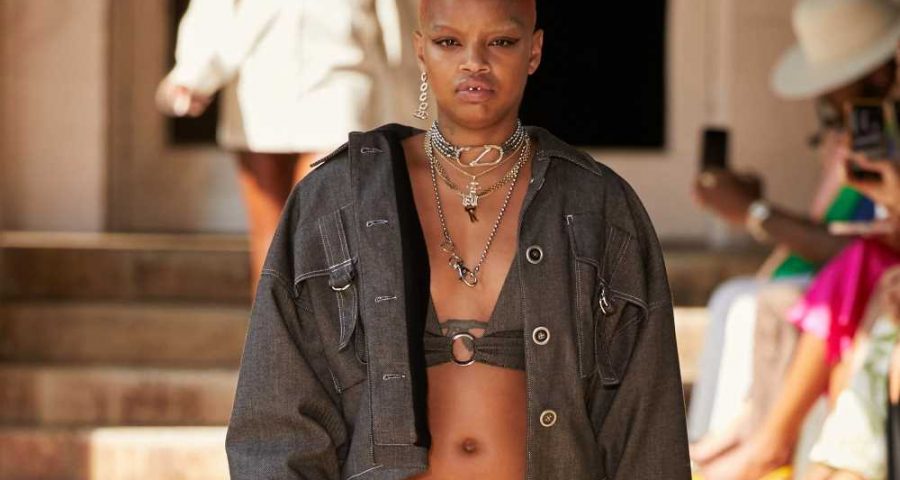 It was the most stylish crowd that Los Angeles’ historic Wilshire Ebell Theatre had seen in months — vaxxed and dressed to the max on a Sunday afternoon for the debut runway presentation of Lionne designer Latoia Fitzgerald.

Fitzgerald, a Philadelphia native who launched her brand in L.A. in 2019, said it was as good a time as any to have for her first runway show, previewing her fall 2021 collection, priced from $200 to $1,500 and available for presale on her website now. 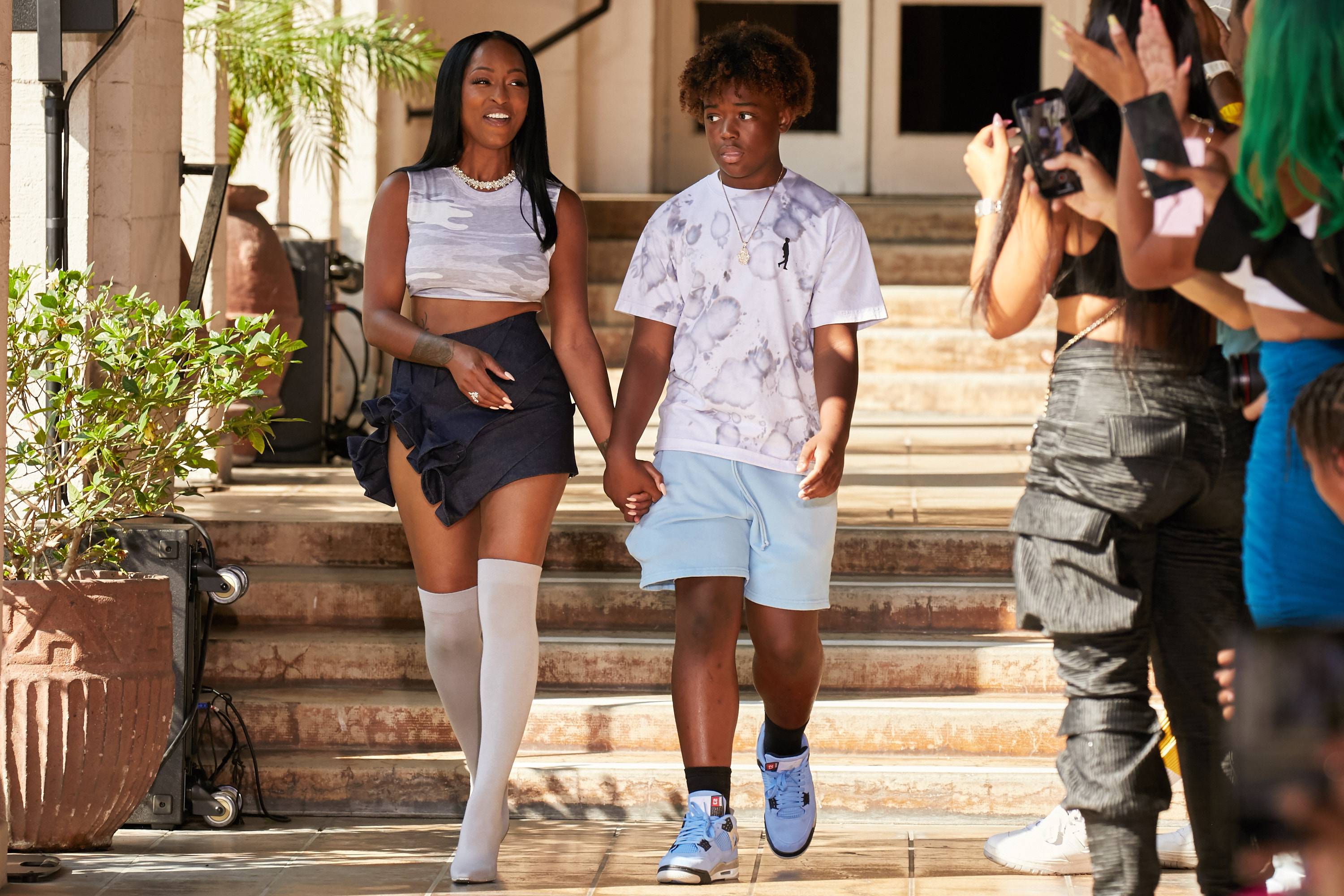 “I had a few people try to convince me to show at New York Fashion Week, but my team is here and it feels good,” said the designer, a member of the CFDA who put her sewing machine to work to keep business going during the pandemic, selling tube dresses that took off online. “I felt in this moment ready with where I am with my brand, certain people wearing it and getting it in certain publications.”

Last year Bebe Rexha wearing the label’s black leather corset-laced blazer dress and bike shorts to the MTV VMA Awards was a game changer, Fitzgerald said of the exposure it brought to the fledgling brand, located in downtown L.A. “Karrueche is also one of my closest friends, and people have been going crazy when she wears it,” the designer said of the star of “The Bay.”

“Tiwa Savage, she’s like the Beyoncé of Africa — and she’s here,” Fitzgerald said of the Nigerian singer. “She wrote me on Instagram she was in L.A. and wouldn’t miss the show.”

The designer enlisted some big-name models to walk her garden courtyard runway, including Slick Woods, who opened in a gray denim jacket, mini and bedazzled sneakers. “I’m in love with Slick, and that was a surprise from my man,” Fitzgerald said, referring to her basketball player beau Rajon Rondo, who presumably helped secure the booking. “The closer was also a surprise,” she said of Duckie Thot, who rocked a white satin slipdress for the finale.

With the collection, Fitzergald showed real flair for structured, sexy tailoring, executing precision cuts with inventive twists. Open back, strap, shoulder and hip reveal details amped up the fashion factor and made the collection resonate with L.A.’s history both in swim and Frederick’s of Hollywood-style boudoir wear.

A sand-colored blazer cropped top with an open back, paired with creased trousers with a suggestive hip slit was a sophisticated new take on a suit, while a black pinafore blazer dress with cutaway sleeves pooling at the wrists was a clever take on a coat dress. Meanwhile, a fuchsia blazer-bikini top hybrid and draped side-slit mini felt very red-carpet-ready, styled with black floral lace thigh-highs for some serious SoCal swagger. 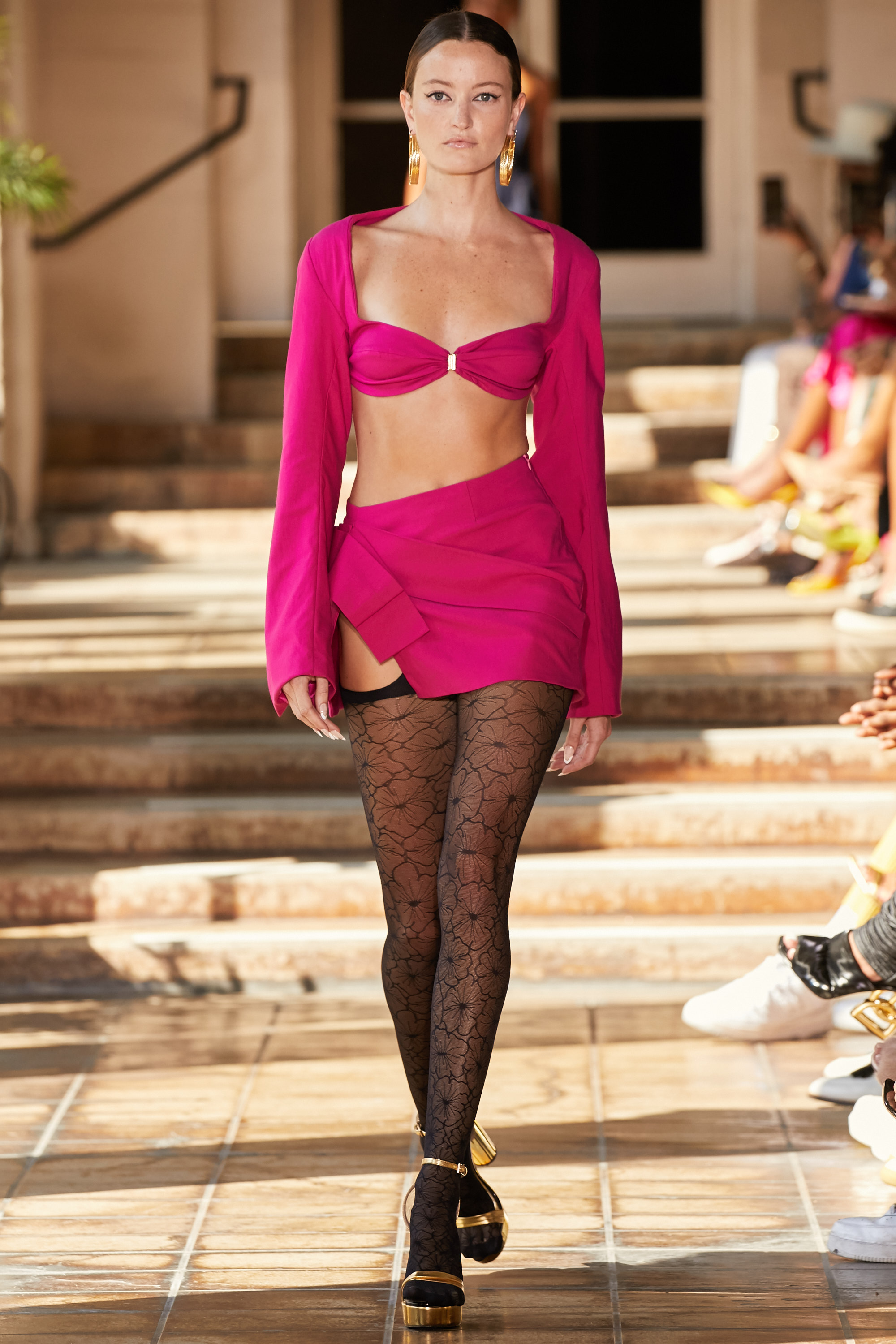 “I wanted to stick to the DNA of the brand,” Fitzergald explained. “We’re known for doing a good blazer dress, a high slit or back moment, something sexy but still tailored. We wanted to be very clear on what it is we sell.”