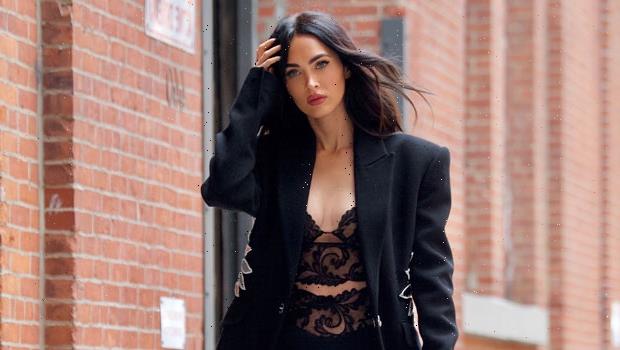 Megan Fox nearly stopped traffic in this ultra sexy look as she took the streets of NYC by storm! The actress arrived in the Big Apple just in time for the Met Gala to close out NYFW.

Megan Fox, 35, has been on her fashion A-Game lately! The Confessions Of A Teenage Drama Queen alum looked sexier than ever as she stepped out in New York City on Saturday, Sept. 11 in a lingerie inspired lace bustier by David Koma, along with a matching mini skirt with lace trim. The boudoir theme of the outfit continued with a killer pair of pumps by Stuart Weitzman, elongating her already toned legs. The shoes appeared to be an over-the-knee boot thanks to the illusion of a lace trim sock, also by Koma. 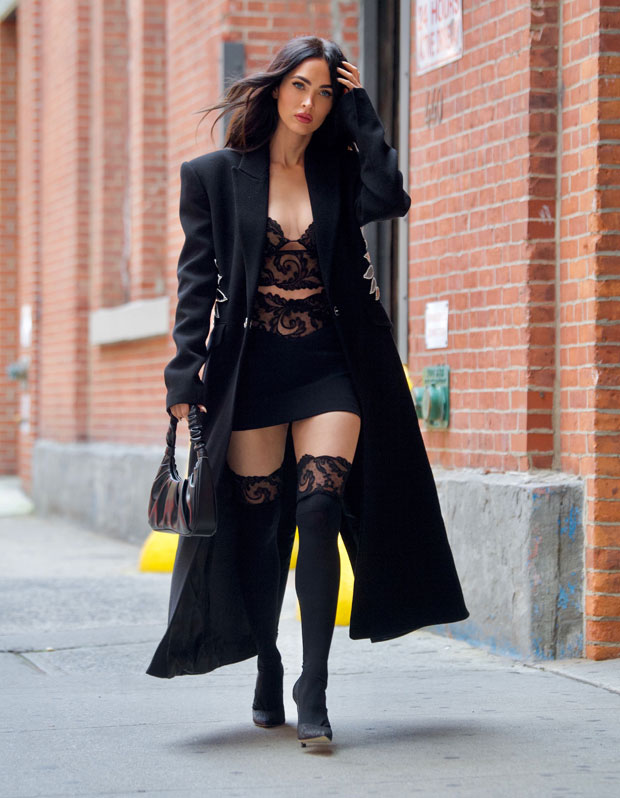 Stylist Maeve Reilly — also the mastermind behind Hailey Baldwin‘s cool-girl looks — topped Megan’s outfit off with a slightly oversized trench coat. The jacket also appeared to include silver rhinestone details on either side, adding a touch of glam. Finally, she added a 2000s element with a black shoulder style bag — choosing the “Gabby” style by affordable contemporary label JW PEI. The raven haired actress kept her long hair down in a loose beach wave, opting for a center part. Her glam was on point too: Megan’s face was absolutely flawless thanks to a porcelain like foundation, along with a sexy smokey eye and dark nude, matte lip. 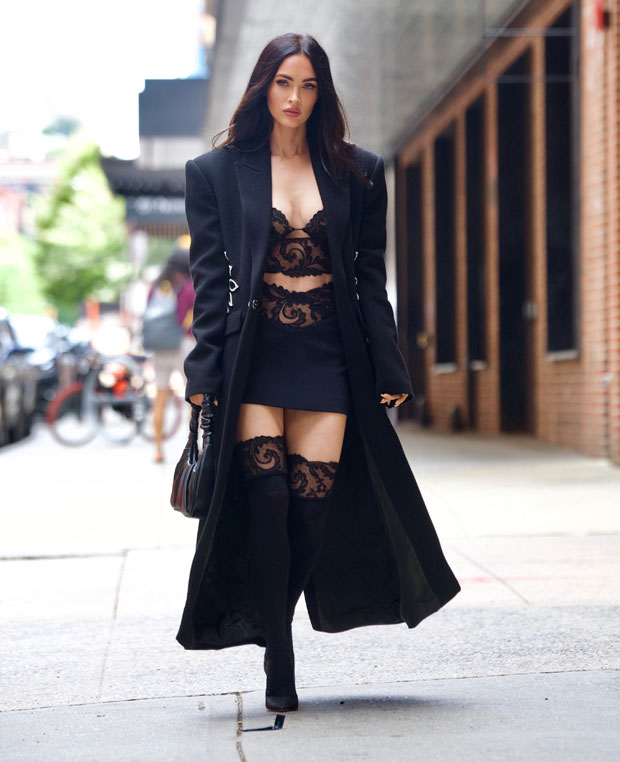 Maeve posted the look to her own Instagram, gushing that she was a “proud stylist” of her stunning client. “Not to be rude to everyone but [drool emoji]….,” the Hollywood fashion maven began, tagging Megan and designers David Koma, JW PEI, and Stuart Weitzman.

Megan touched down in NYC just in time for the Met Gala, which she’s confirmed to be attending on Monday, Sept. 13 with boyfriend Machine Gun Kelly, 31. Megan and the singer — née Colson Baker — linked up romantically shortly after her split from Brian Austin Green after meeting on the set of Midnight In The Switchgrass. She has since referred to MGK as her “twin flame,” and the pair have been seemingly inseparable over the last few months. We can’t wait to see what these two wear to the Met!