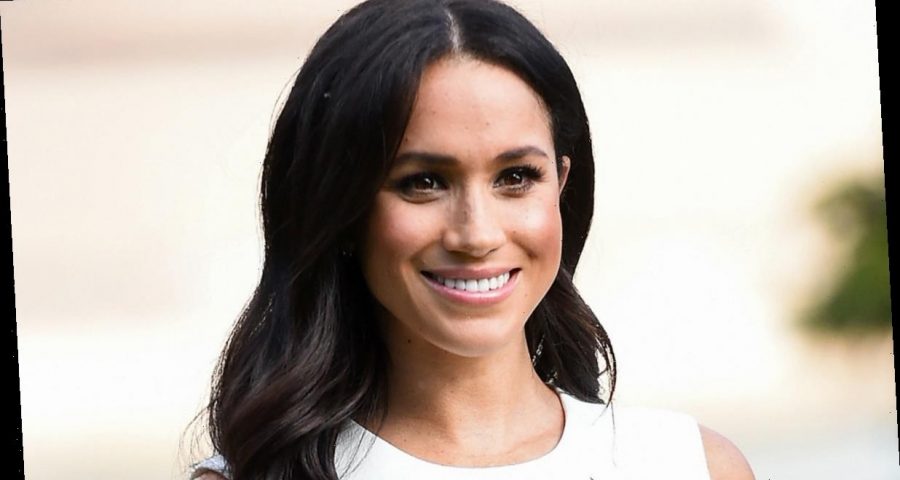 The Duchess of Sussex chose an elegant designer dress for the main portion of her interview with Oprah, but she was also seen in a more laidback outfit during candid clips filmed at the home she shares with Prince Harry.

Dressing her bump in one of her favourite crisp white shirts and adding a khaki outdoor jacket and Wellington boots, Meghan looked perfectly at home as she showed Oprah the chicken coop on the couple’s land, where they keep chickens rescued from a factory.

During the interview, Meghan and Harry also revealed they are having a baby girl, and that she is expected arrive some time during the summer.

A crisp oversized shirt is certainly a staple in Meghan’s wardrobe, and one of her favourites is With Nothing Underneath’s ‘Boyfriend’ shirt, £95. She is also fond of LA-based brand Frank & Eileen and its effortless linen styles.

During the much-anticipated interview that aired on Sunday evening in the US, Meghan spoke about stepping into life as a royal, marriage, motherhood, her philanthropic work and how she is handling life under intense public pressure.

Later joined by Prince Harry, the pair opened up about the difficulties they faced during their time as senior royals, their lives in LA, and their excitement about the arrival of their second child.

After revealing to Oprah that they have a daughter on the way, Harry said: “To have a boy and a girl, what more can you ask for? Now we have our family, the four of us and our two dogs.” They added that they wouldn’t be having more than two children.

Meghan also revealed that she has a warm relationship with the Queen, and always enjoys being in her company.

The Duchess said that the Queen gave her “some beautiful pearl earrings and a matching necklace” for the pair’s first joint engagement together, and that the monarch also shared her blanket in the car while travelling together between visits.

HELLO!’s selection is editorial and independently chosen – we only feature items our editors love and approve of. HELLO! may collect a share of sales or other compensation from the links on this page. To find out more visit our FAQ page.