At the final rose ceremony on season 18 of ‘The Bachelorette,’ Michelle Young looked ready to be a bride as she rocked a plunging white dress on the beach.

Michelle Young looked absolutely stunning during her final day of filming on season 18 of The Bachelorette. The elementary school teacher filmed the last two episodes of the show in Mexico, and she came to slay in her finale ensemble. Photos from the final rose ceremony, which were released before the airing of the finale on Dec. 21, show the Bachelorette looking absolutely breathtaking as she prepares to (hopefully) get engaged to either Nayte Olukoya or Brandon Jones. 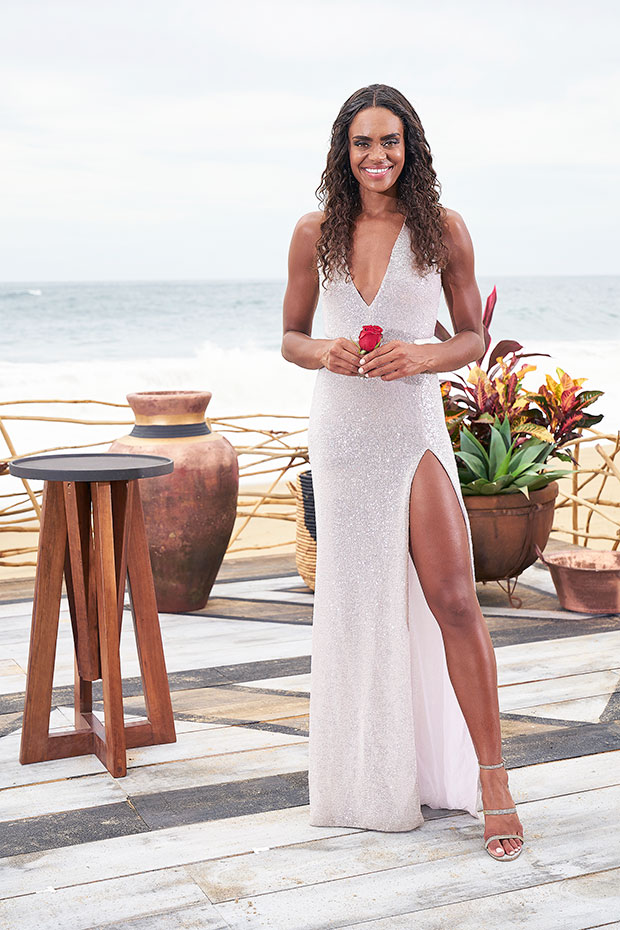 For the final rose ceremony, Michelle wore a plunging white dress with a thigh-high leg slit and belt around her midsection. The sparkly dress was paired with strappy silver, open-toed shoes. Michelle wore her hair parted down the middle in wet curls, and she had on a pair of earrings to accessorize. Michelle’s final rose ceremony was set up on the beach in Mexico, with the water crashing down in the background.

Heading into the finale, Michelle was admittedly falling in love with both Brandon and Nayte. Before making her final decision, she’ll get the chance to have one more date with each of the men. They’ll also both be introduced to her family. 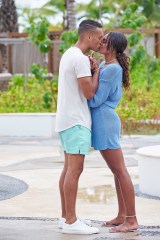 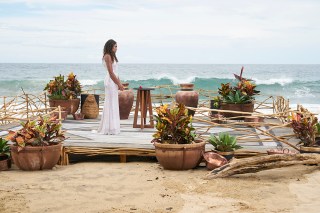 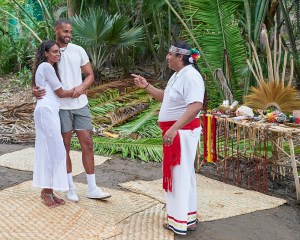 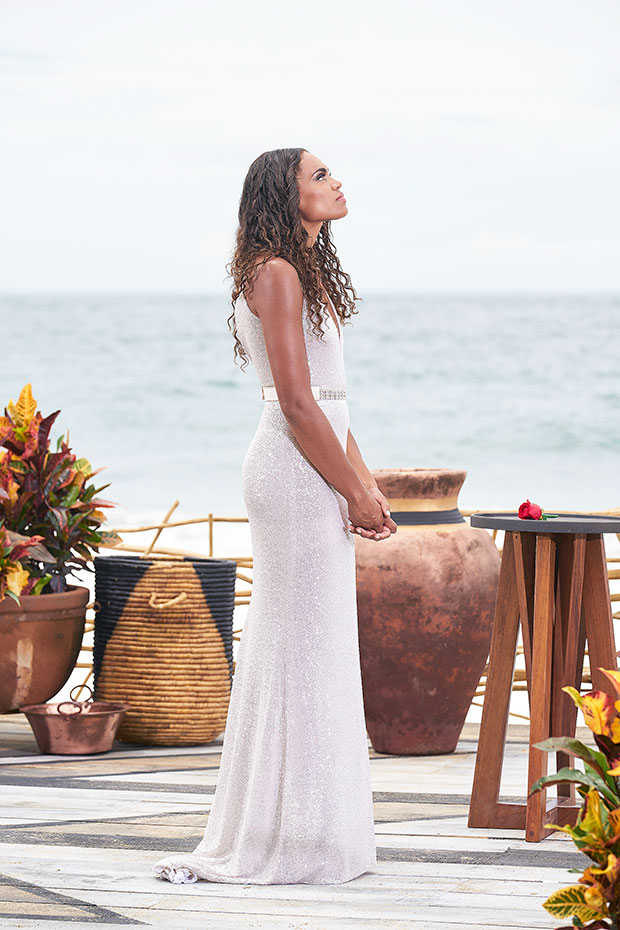 Michelle’s journeys with Brandon and Nayte have been very different. Brandon has been a steady relationship for Michelle throughout the season. He has constantly reassured her that he wants a life together, and has not shied away from expressing his feelings. Meanwhile, Nayte got Michelle’s first impression rose, and their physical connection has been evident since day one. However, she’s been struggling with knowing whether or not Nayte is ready for more out of this experience.

During hometown dates, Nayte’s stepdad admitted that Nayte might not be ready for an engagement yet, which gave Michelle some doubts. Although he reassured her during the fantasy suites that he was ready to build a future together, Brandon has always been a much “safer” choice in Michelle’s mind. The heart wants what it wants, though, and we’ll have to see who she chooses to spend her life with when The Bachelorette finale airs on Dec. 21 at 8:00 p.m. on ABC.