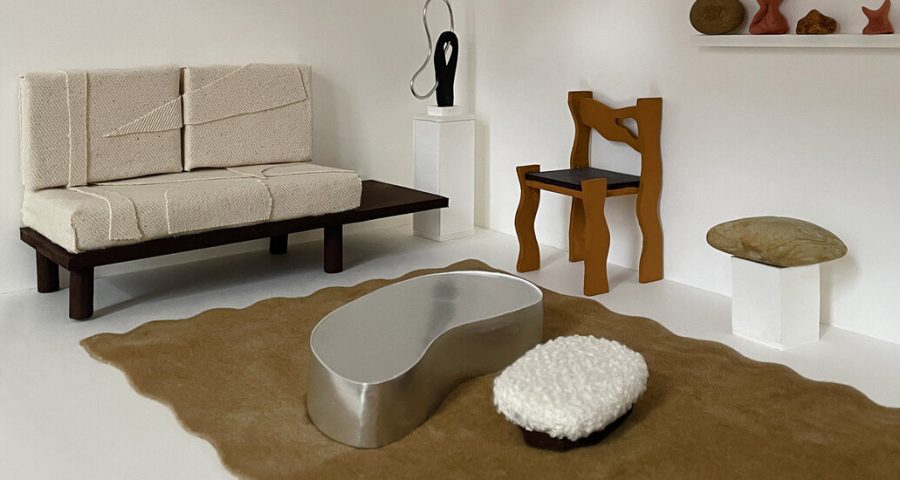 It may have started with the Ultrafragola mirror, a wavy-haired, six-foot-tall objet designed by Ettore Sottsass in the 1970s, that became a selfie-favorite for celebrities including Bella Hadid and Frank Ocean.

Anna Brockway, 50, the co-founder and president of Chairish, a digital marketplace for furniture and art, said that searches for “squiggle” and “wiggle” on her site jumped dramatically during the pandemic. Ms. Brockway believes that this is because people are “craving more lightheartedness and whimsy.”

Shelley Selim, the interim director of curatorial affairs at the Indianapolis Museum of Art, said that the wiggle trend is a direct descendant of the Memphis Group, a design collective that was founded in Italy by Mr. Sottsass in the 1980s. The use of playful colors, bold shapes and zany proportions was a rejection of the formality of midcentury modern Danish design. 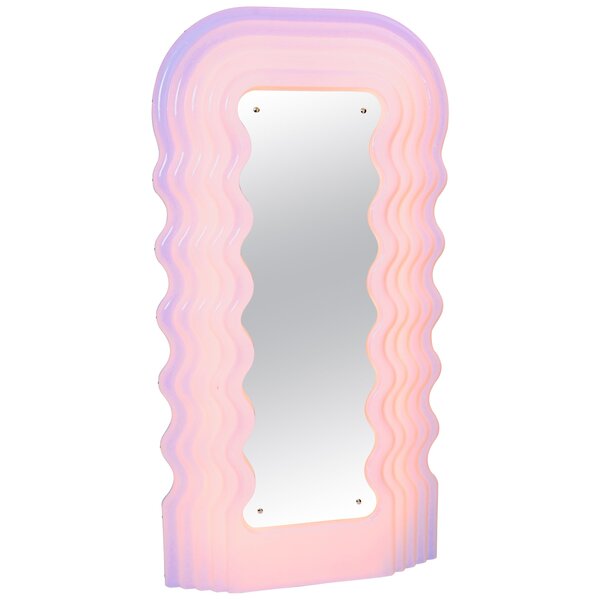 That is also what seems to be inspiring younger designers today. “They’re spending more time scrolling through Instagram and sitting in their homes thinking about what they want to redecorate,” Ms. Selim said.

Case in point: In 2020, Levi Shaw-Faber and Zoe Cohen founded Wiggle Room, a made-to-order furniture company in Brooklyn that sells dining, coffee and side tables for $280 to $880. One of its first designs was a blob-shaped table made from Baltic Birch plywood and topped with pink laminate.

Mr. Shaw-Faber, 28, a masters candidate at the Yale School of Architecture, said he was inspired by Roberto Burle Marx, a Brazilian landscape architect known for his modernist amorphous shapes. Orders flowed in during the pandemic from friends and others looking to upgrade their homes and break away from minimalism. So far, has sold more than 300 tables.

Customers include Isabella Di Stefano, a co-founder of Daisy, a social marketing company, who spotted the Wiggle Room side table on Instagram last year and bought it for her Upper East Side apartment. “It’s never been more important to me to curate my space,” she said. “What do people need right now? They need things that are lighthearted and uplifting.”

Ms. Di Stefano, 33, who also outfitted her apartment with a wavy, pink radiator cover and bookshelf by Sophie Colle, a Brooklyn designer, said she wanted to evoke a sense of “nowstalgia” — a term she uses to describe a feeling among Gen Zers who are “nostalgic for a time period they didn’t actually experience but feel emotionally connected to,” she said.

Wiggly furniture is also enjoying a brisk business on the west coast. Sisilia Piring, a photographer in Joshua Tree, Calif., started selling Memphis-style floor lamps from the ’80s through Instagram last year. At first, she wasn’t aware of their popularity and sold one of the lamps for $300. “I instantly knew I priced it too low because of the DMs I received,” she said. “Months later I sold the very same floor lamp at $750.”

She has since sold seven table and floor lamps, earning around $2500. She appreciates their whimsical shape because it “adds a bit of fun to your surroundings,” she said, which is why she kept three lamps for herself.

Carvalho Park, a design gallery in the Williamsburg section of Brooklyn, recently showcased the works of Garance Vallée, an artist, designer and architect from Paris, who makes wiggly sculptures and drawings. “I think there is a return to the free shape” said Ms. Vallée, 28, who was inspired by the nonlinear works of Jacques Couëlle, Jean Arp, Antoni Gaudi and Isamu Noguchi. “Set us free from a straight line.”