A MUM decided to turn the cupboard under the stairs into a Harry Potter-themed den for her step-daughter – who absolutely loves it.

She revealed her step-daughter came to stay occasionally, but there wasn’t enough space for her to have her own room, and she didn’t fancy sharing with her two and four-year-old sisters. 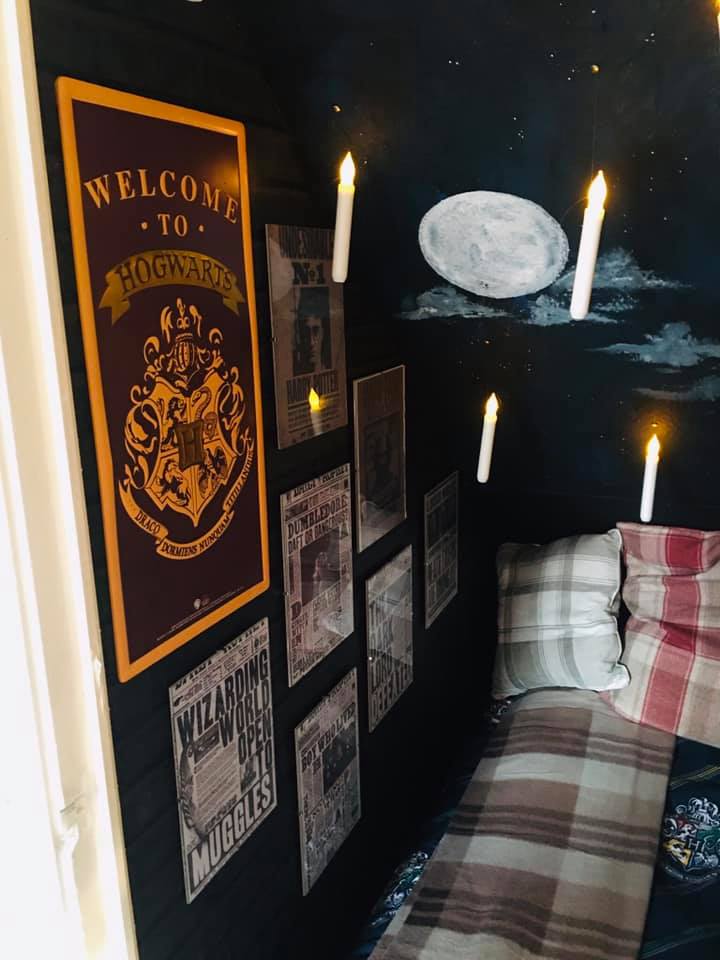 So the mum came up with a creative solution to give the little girl her own space – taking a leaf out of Harry Potter.

She turned the cupboard into something straight out of Hogwarts, with ‘floating’ candles, themed bedding, a poster of the school’s coat of arms, Dobby figurines and sheets from The Daily Prophet on the wall.

Sharing her mini-makeover to Facebook group DIY On A Budget Official, she confirmed her step-daughter loves the room, and assured people the little girl didn’t permanently live in the cupboard.

She said: “Cupboard under the stairs. Harry Potter room for my step daughter. 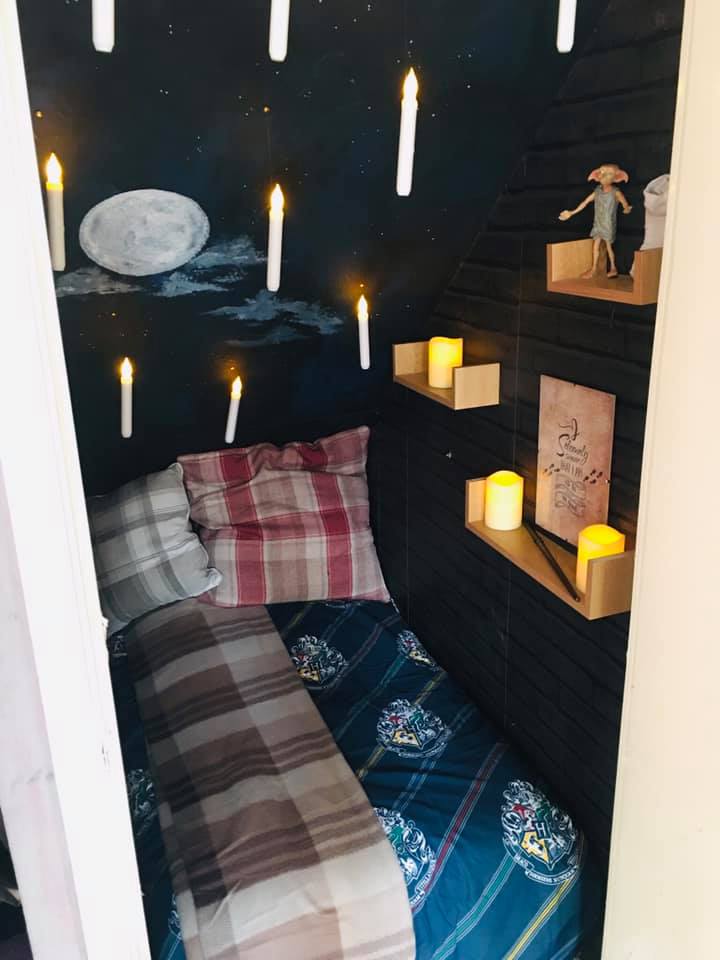 “For the people asking, she’s here every other weekend so she doesn’t ‘live’ in the cupboard.

More than 5,000 people have liked the makeover, with one person saying: “This is amazing!!!! My daughter is 12 and would love something like this.”

Another mum agreed, posting: “My 3 would love this!!!” 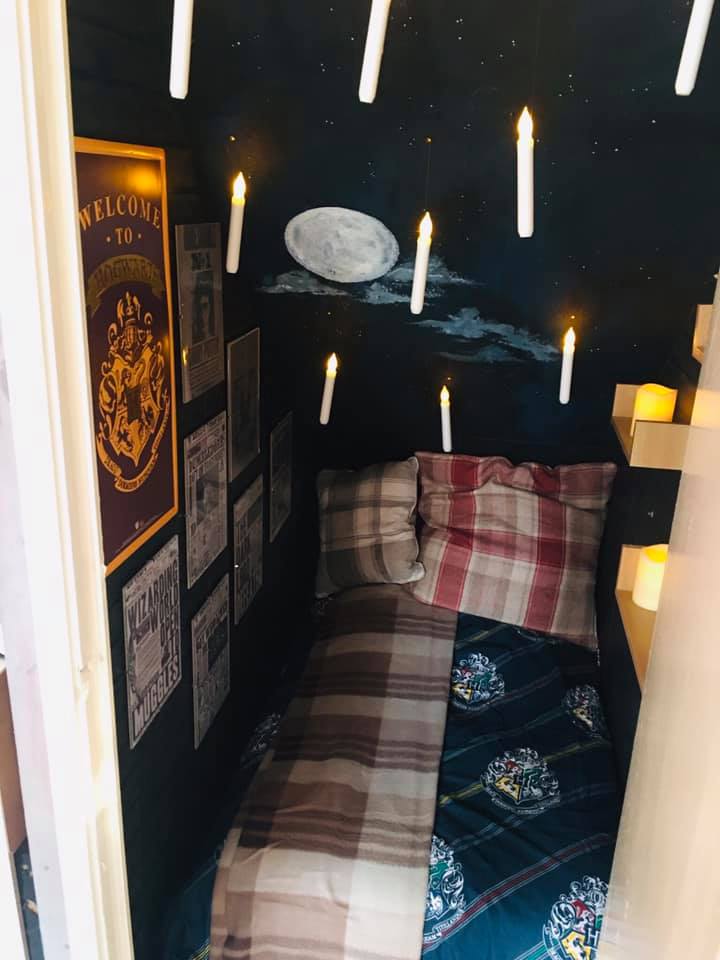 A third wrote: “Was a bit worried when you said step daughter under the stairs lol.

“How fabulous. This is a memory she will never forget.”

While another added: “How inventive!” 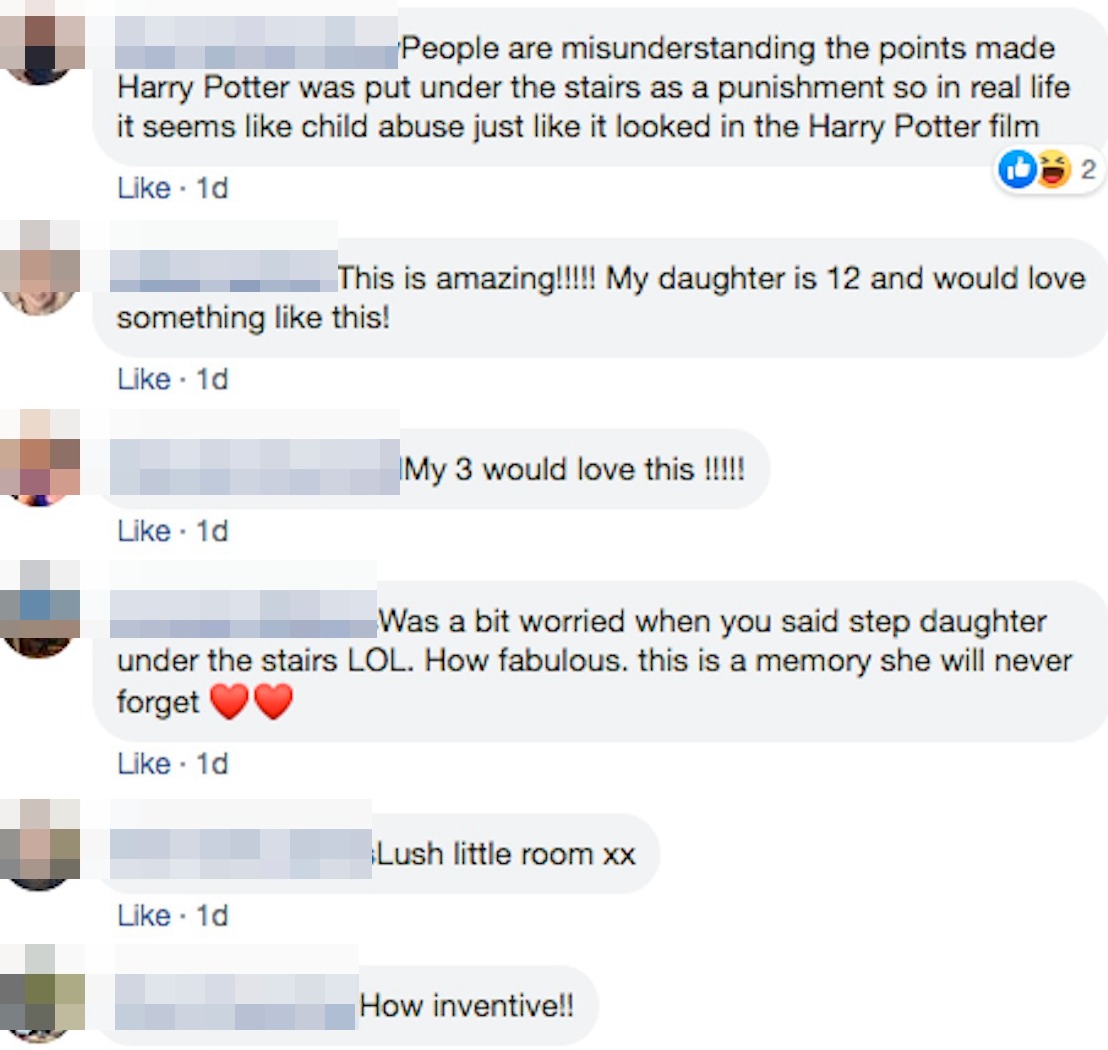 Plus Primark has just launched a gorgeous Harry Potter stationery range from £2 and it’s perfect for the new school term.

And this Harry Potter-mad mum created a Hogwarts shrine in her house complete with wands, a sorting hat & even a baby mandrake.