A MUM has given all fellow parents a not-so-subtle reminder to be careful when allowing your kids to use your phone, after finding herself in a very embarrassing situation.

She'd given her daughter her phone to play with while she was showering, but never expected it would lead to her making her nude debut on social media instead. 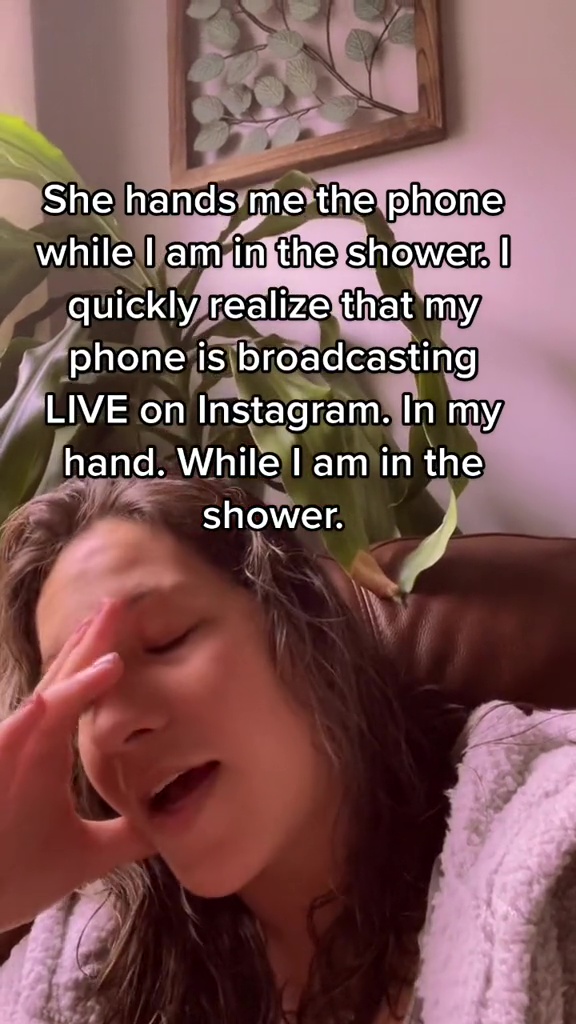 Posting to TikTok, the woman, known as Brianna and from the US, shared the funny story with others, as she teased: "Have kids they said…"

She explained that she was innocently showering when her daughter needed her help to "fix" something on her phone after coming up stuck while playing a game.

"I gave my toddler my cell phone to play a game while I took a shower. It was a preschool learning game that she plays often. Next thing I know she is knocking on my door asking me to help her fix something," the mum revealed.

"I of course tell her to come in so I can help so she can keep playing. She hands me the phone while I am in the shower."

Only what she wasn't aware of is that her daughter was no longer on her game and had accidentally brought up Instagram and hit live recording.

"I quickly realise that my phone is broadcasting LIVE on Instagram," the mum revealed, before adding: "In my hand. While I am in the shower."

Her post, which has racked up over 285k views online, left fellow mums in stitches, with hundreds commenting.

"I thought maybe she just charged some game money to your card. I wasn't prepared for this," said one person.

Another teased: "CONGRATULATIONS!! You win! Not sure anyone can beat that one!"

"Can't stop laughing and can't be any more shocked thinking if I was in this situation," said one more.

Others sympathised with the mum and reassured her that their kids had done similar, with one mum revealing: "My niece ordered 158 parfaits from McDonald's through Uber Eats."

Some were keen to know how many people tuned in for the impromptu shower clip, with one person asking: "How many views tho hahaha (sic)."

The mortified mum replied: "No idea, I deleted it so quick I didn't see any of that!" 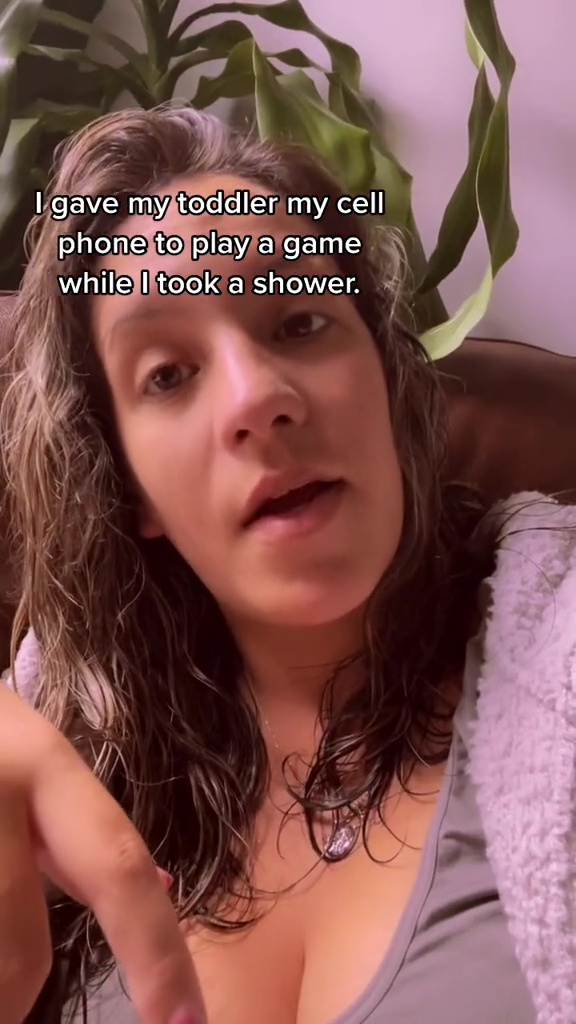 Meanwhile, one mum reveals 'I wasted so much money as a first-time mum, there’s loads you don’t REALLY need – like Moses baskets and nappy bins'.

And another mum reveals why smacking your child makes them have MORE tantrums and doesn’t prevent future bad behaviour.

Plus, a mum shares 'my nine-month-old baby’s so massive he wears adult men’s nappies to catch all his wee'.