A DRAB new build has been transformed into a multi-coloured paradise thanks to a creative mum's hard work.

Adele Thomas, 50, didn't shy away from bright paint and bold upcycling to design her dream pad. 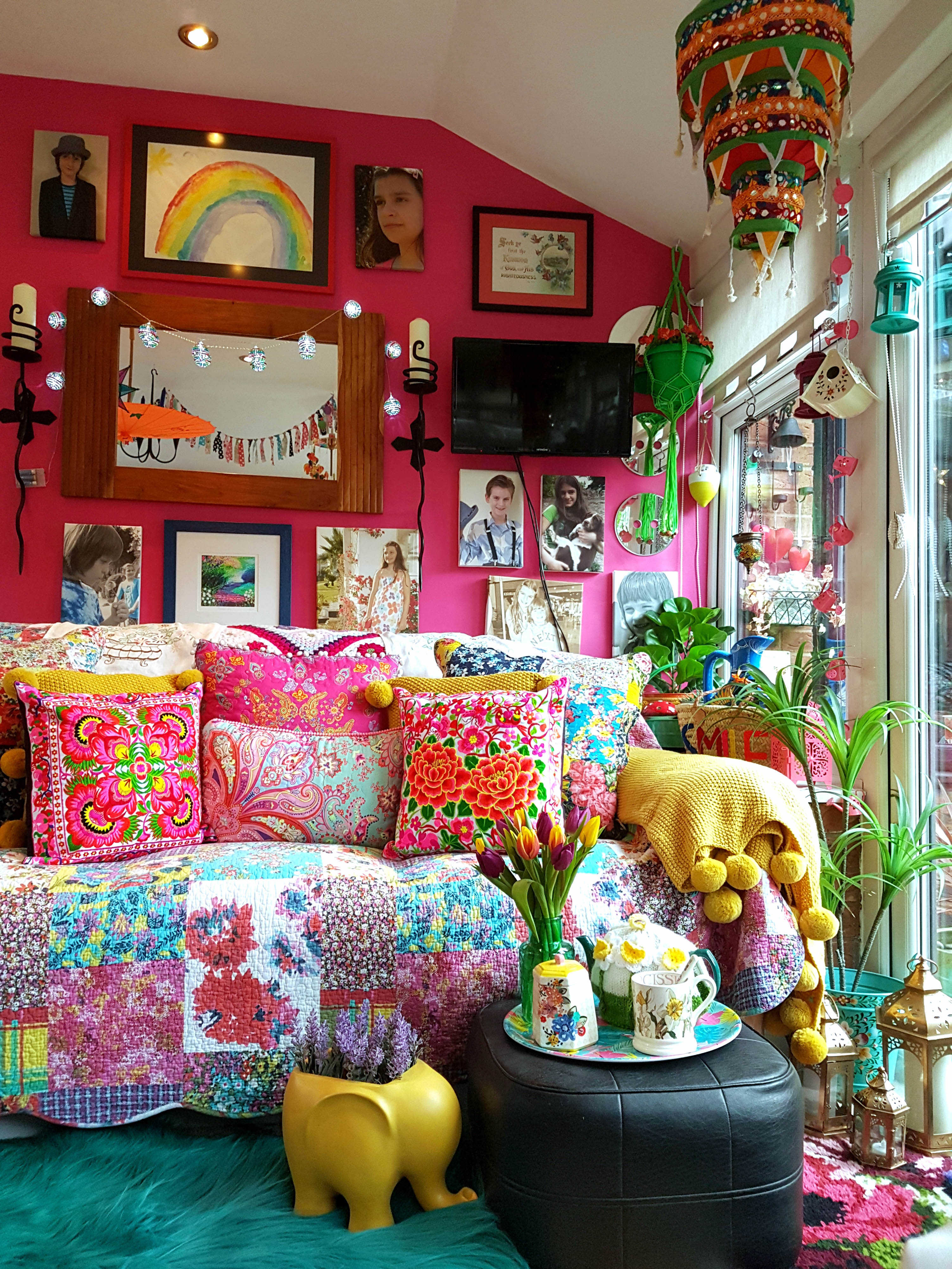 It took the dedicated mum four years to complete the transformation from 'boring' to bright.

The detached home in Llangollen, Denbighshire, Wales – where Adele lives with husband, Rob, 54, and her children, Ruby, 17, and Roman, 13, is now a striking hub of eclectic touches and features.

Adele said: "The house was much more neutral before I started transforming it as that just wasn't me at all.

“So I changed it up and became a bit braver. I think going on Instagram made me think like that – 'if other people can do this then I can' and experiment. 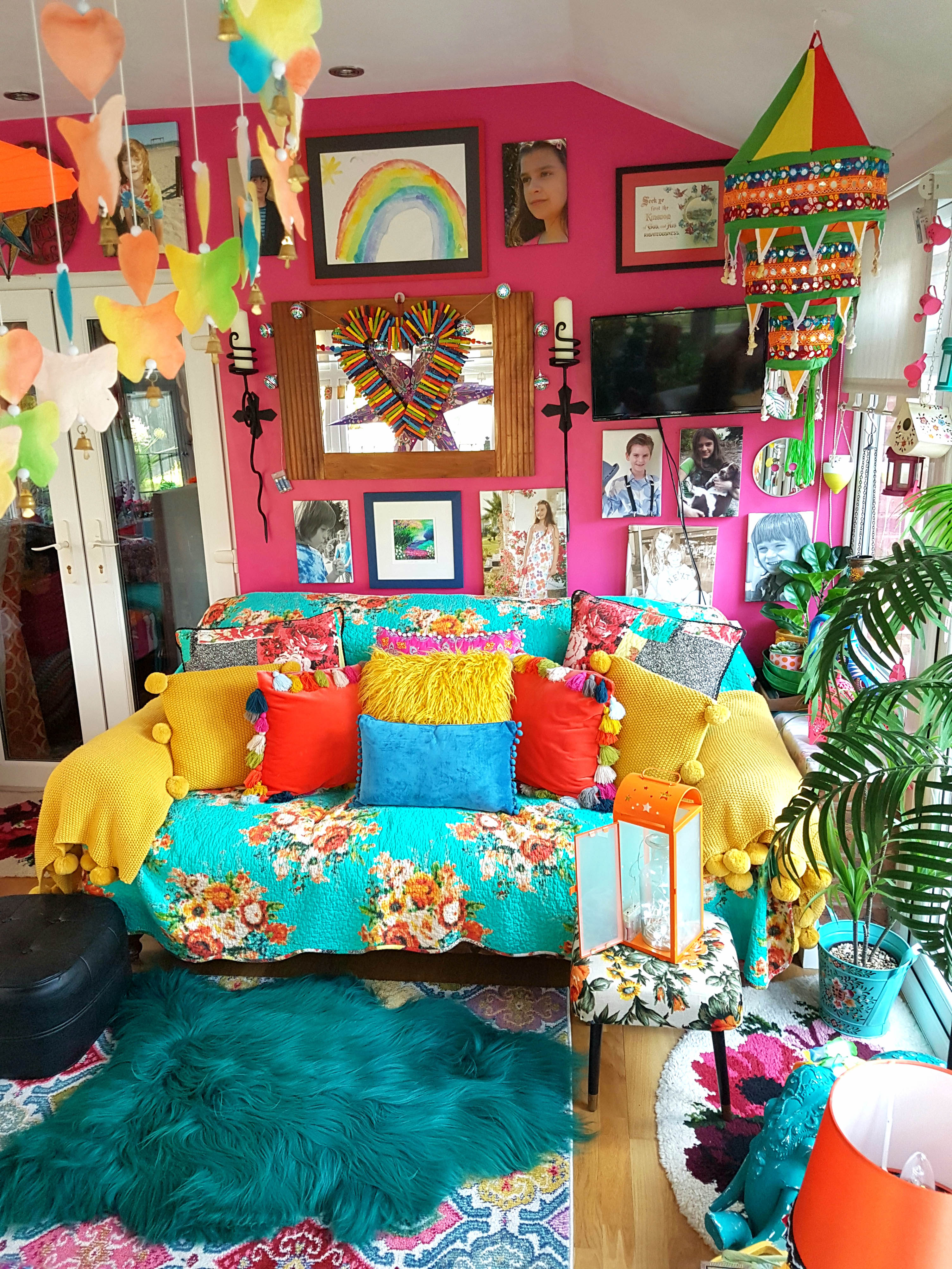 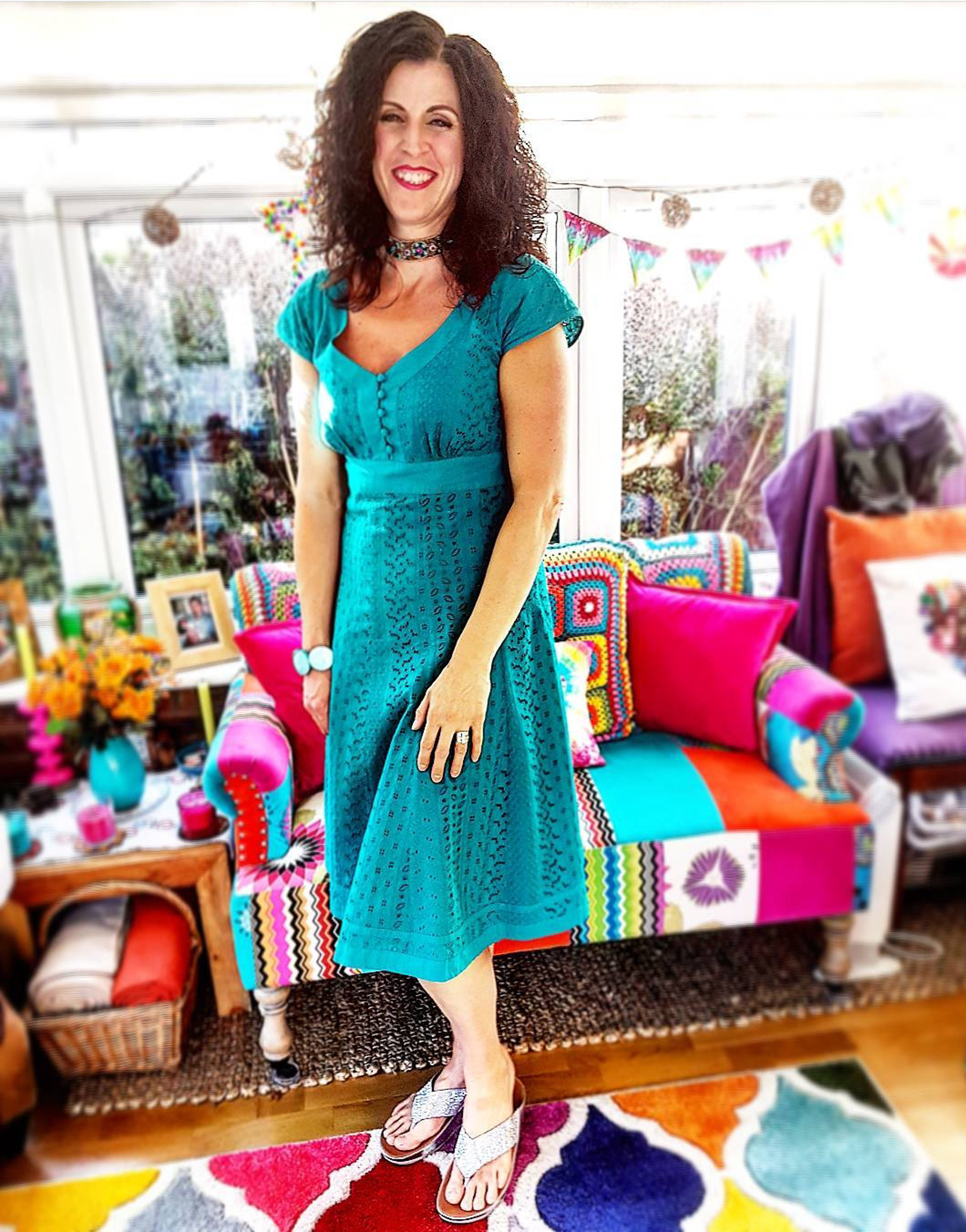 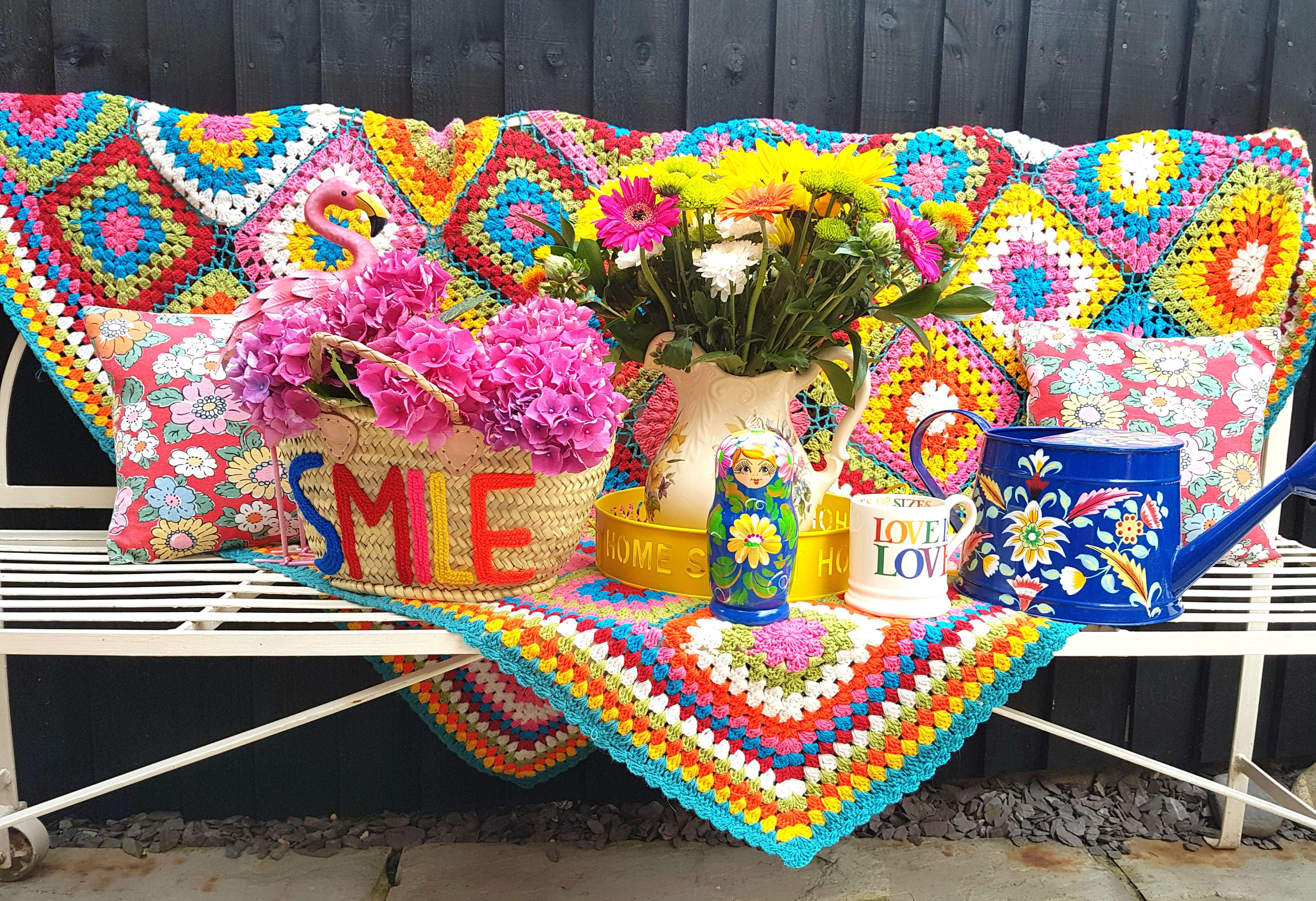 “At the end of the day, I just thought, it’s just paint and you can paint over it can't you?”

The first project Adele took on was trying her hand at adapting a battered and worn monk bench that was bought from Dunelm.

She jazzed the simple chair up with a touch of vintro paint.

She said: “I painted it purple to go with my kitchen – that was one of my first projects and I've worked my way through all of the rooms, trying to do a bit in each of them and thinking what I can do next.” 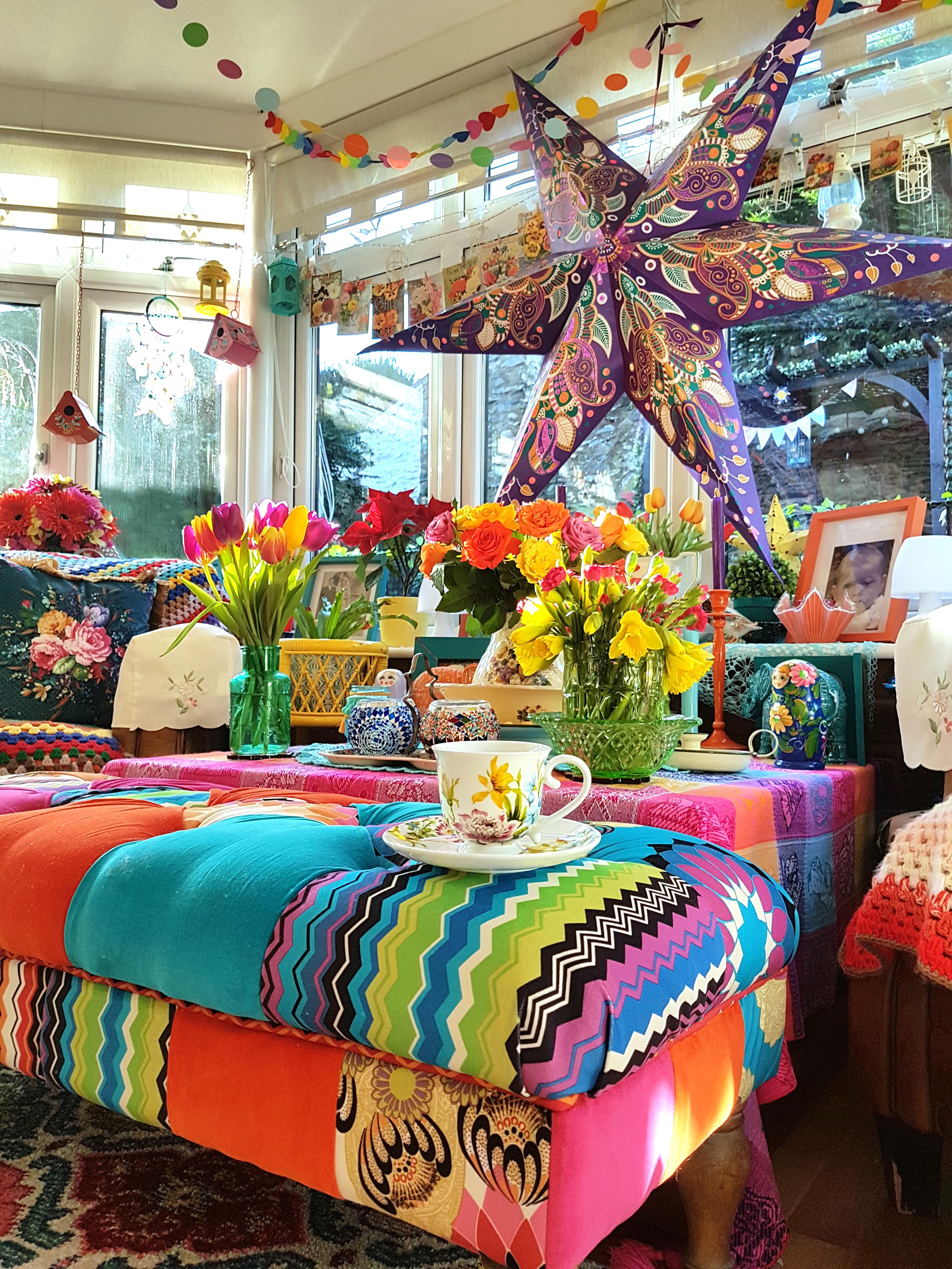 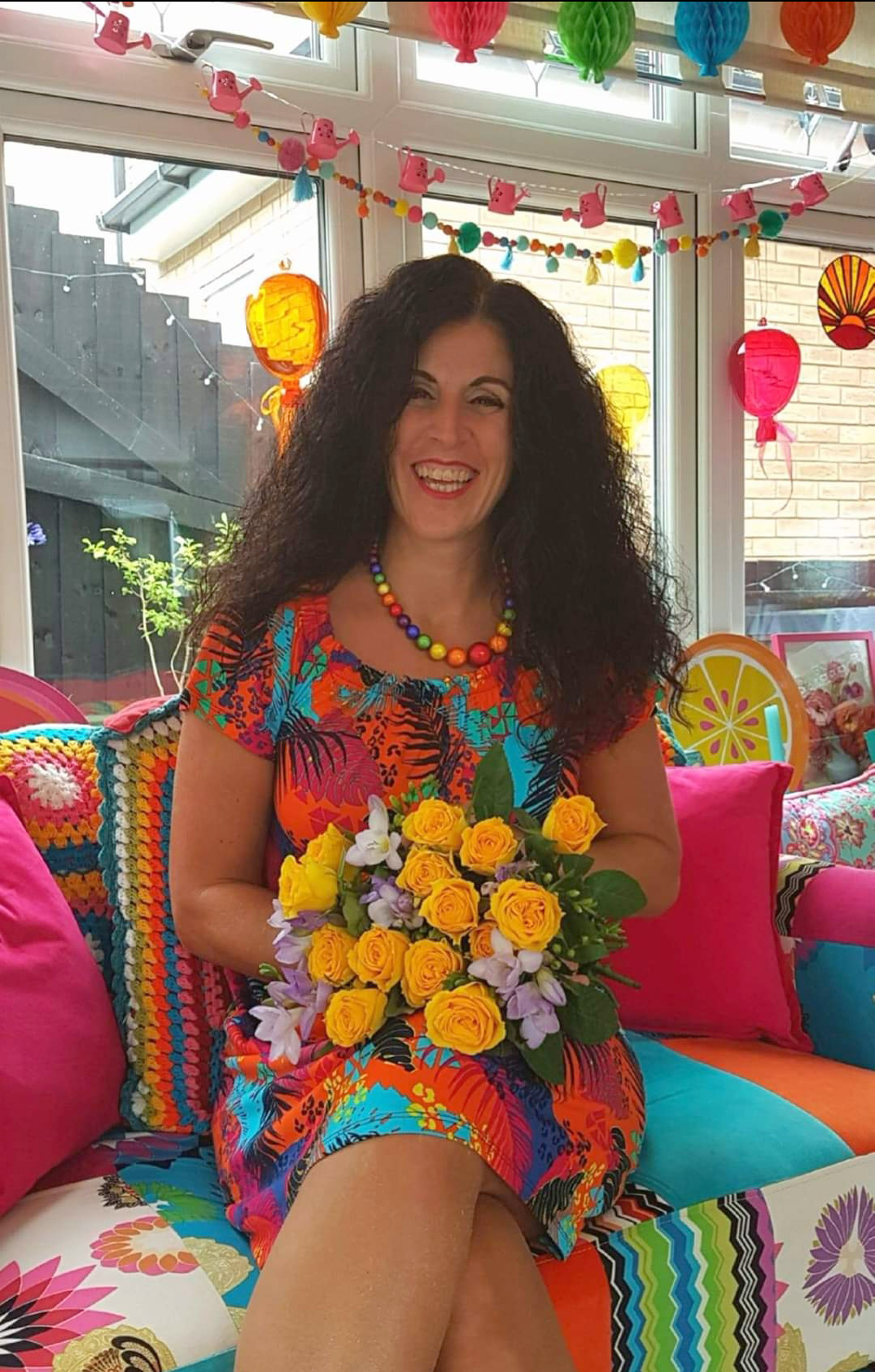 She then decided try her hand at putting a brightly coloured orange feature wall in their bathroom.

Adele said: “I decided I would try to paint and be a bit daring, doing feature walls in a couple of rooms. I started in the bathroom, an orange one that was a bit of a shock for the family.

“When my son came home from school, he called up his dad and ‘said look at what mums done now.’”

But, the family have come to love and appreciate Adele’s hard work, with her daughter Ruby even helping her set up an Instagram account – @lifes_colourful_path – to share her creations. 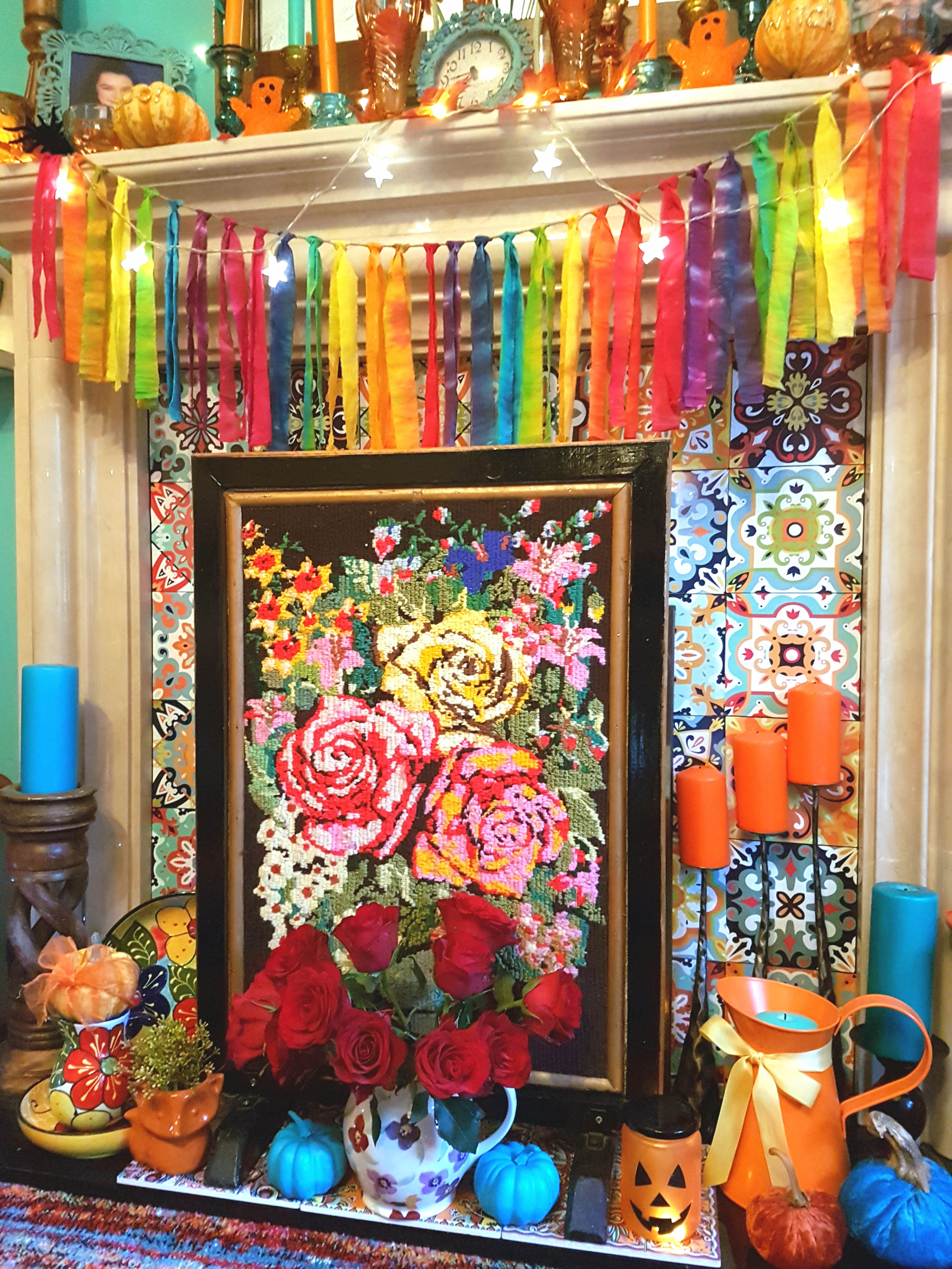 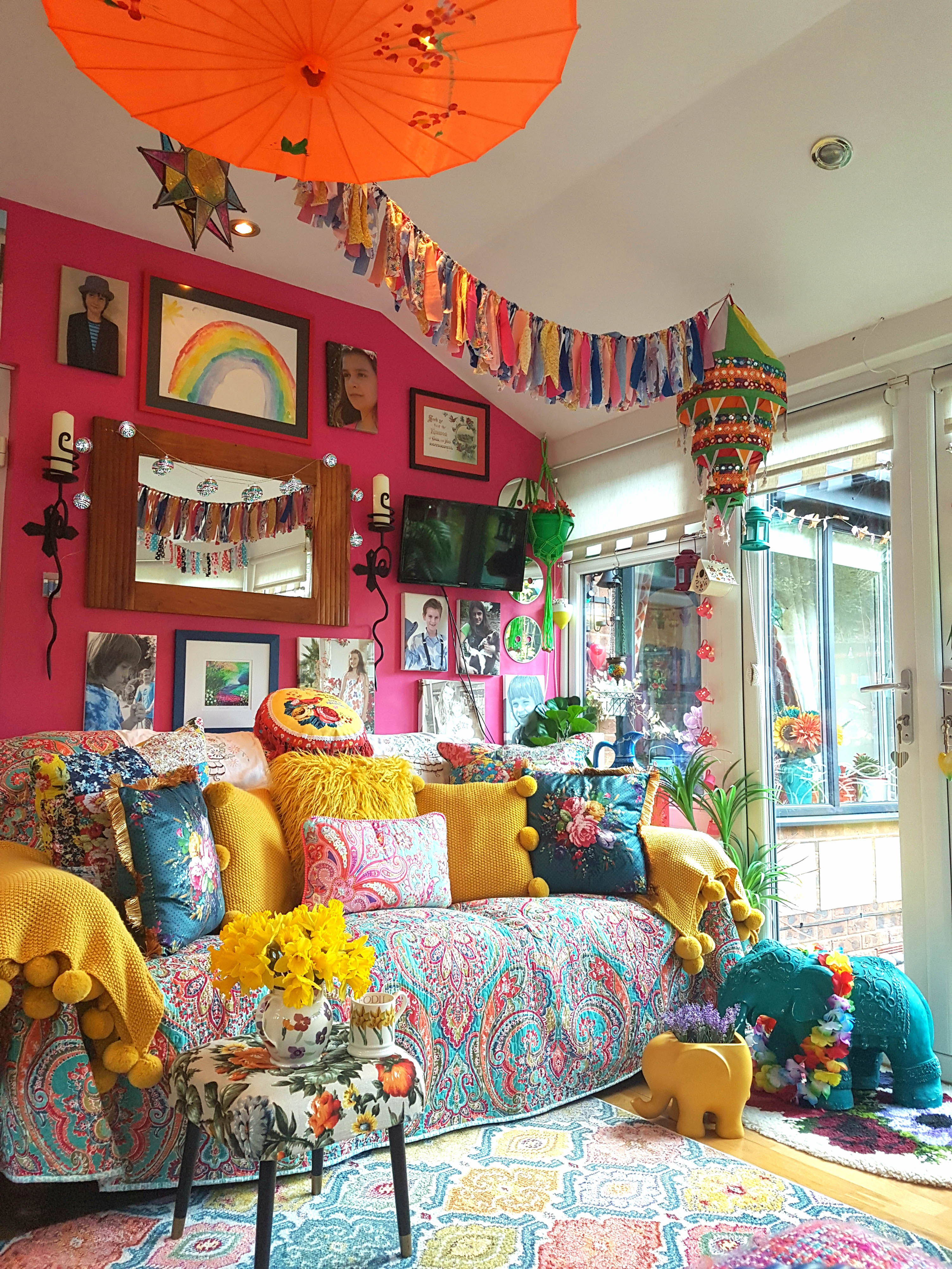 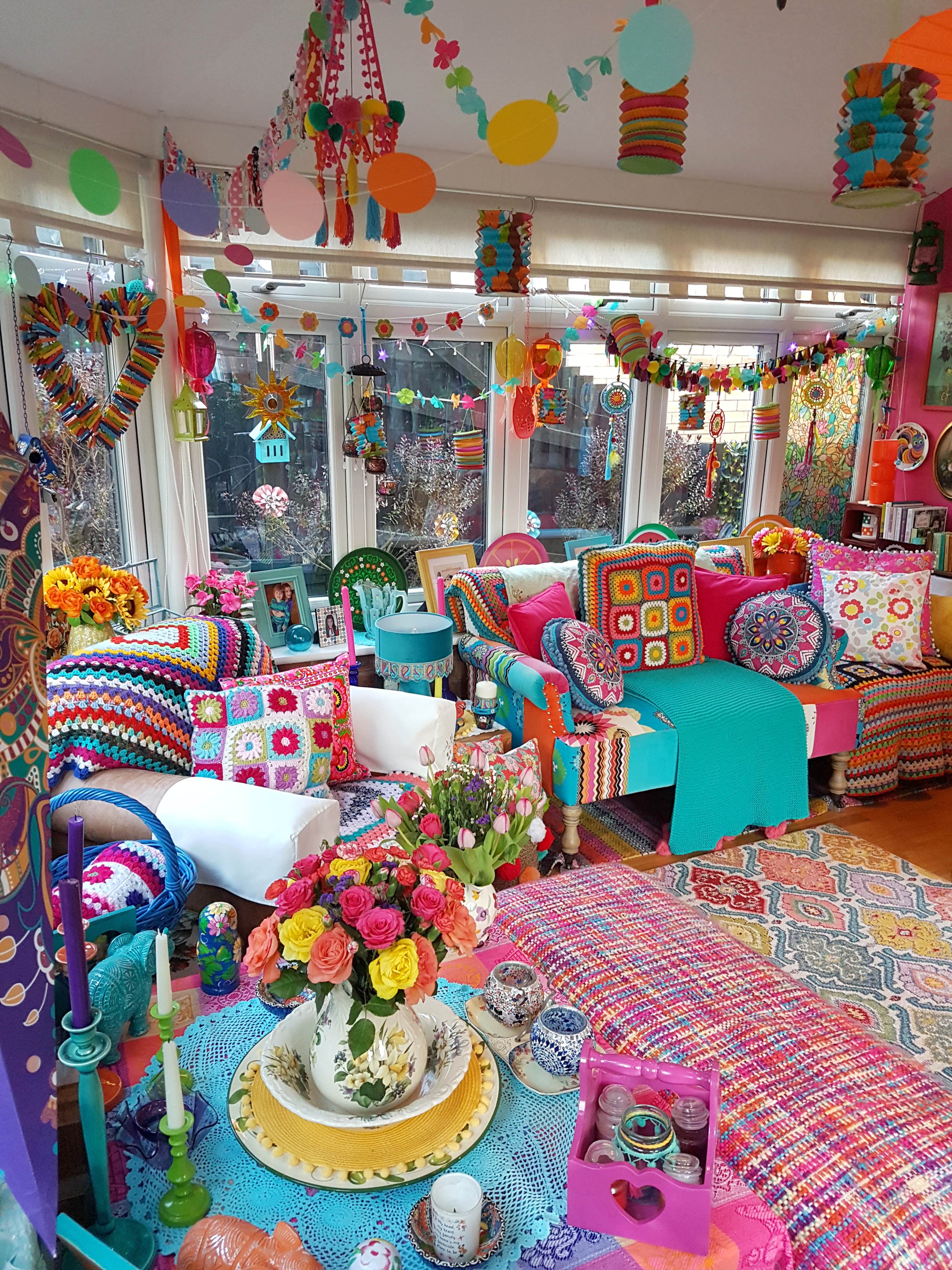 Rob even splits work on the exterior and garden with Adele, along with crafting custom furniture – including beautifully designed beds.

Adele’s home is particularly special as she’s been able to tailor it to her own tastes by upcycling items herself. 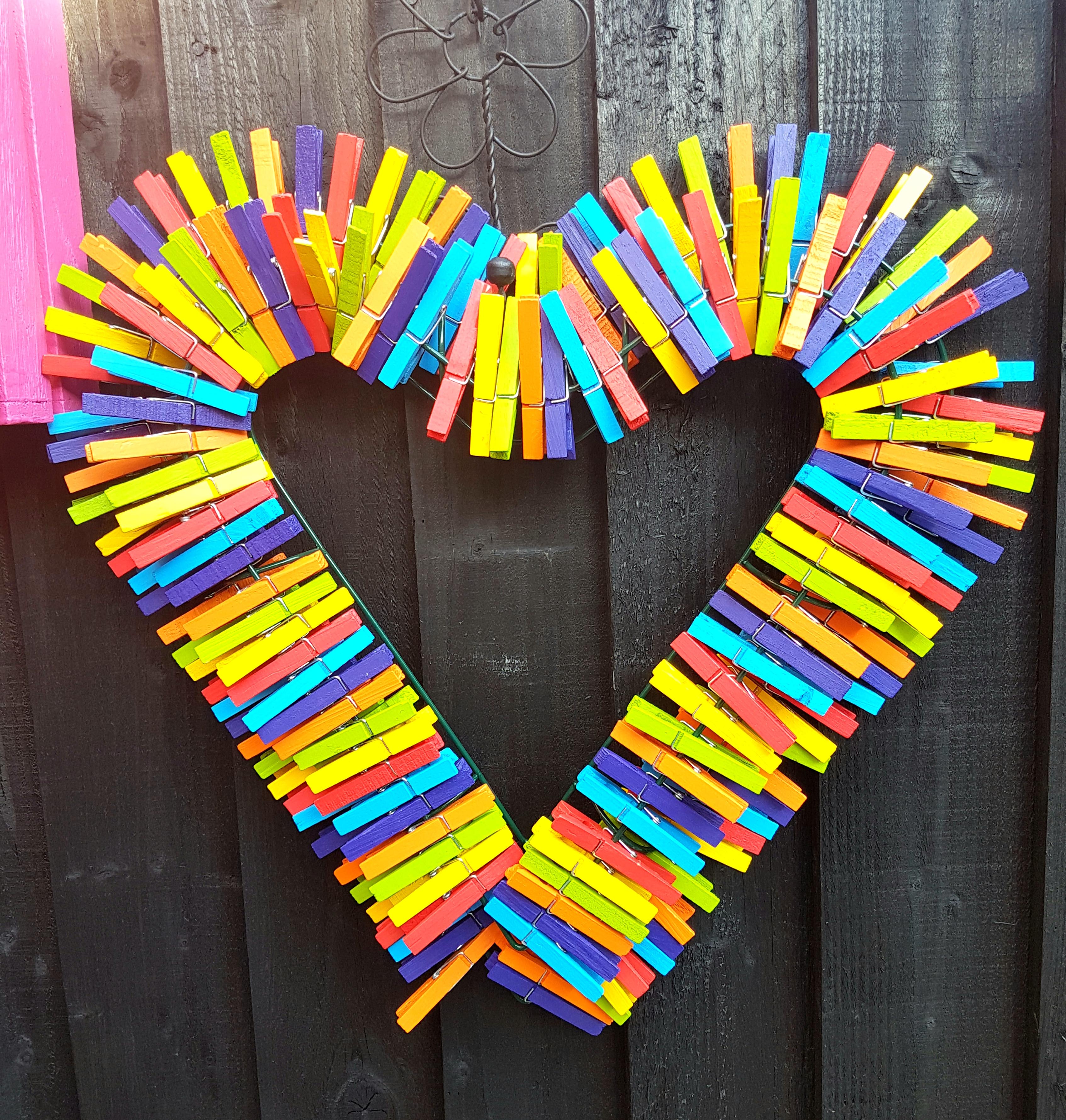 She said: “I would say it's adapting things to your own style and taste – using chalk paint, spray paint or adding things, different materials or even stickers. This gets it to fit into the look of what you're going for.” 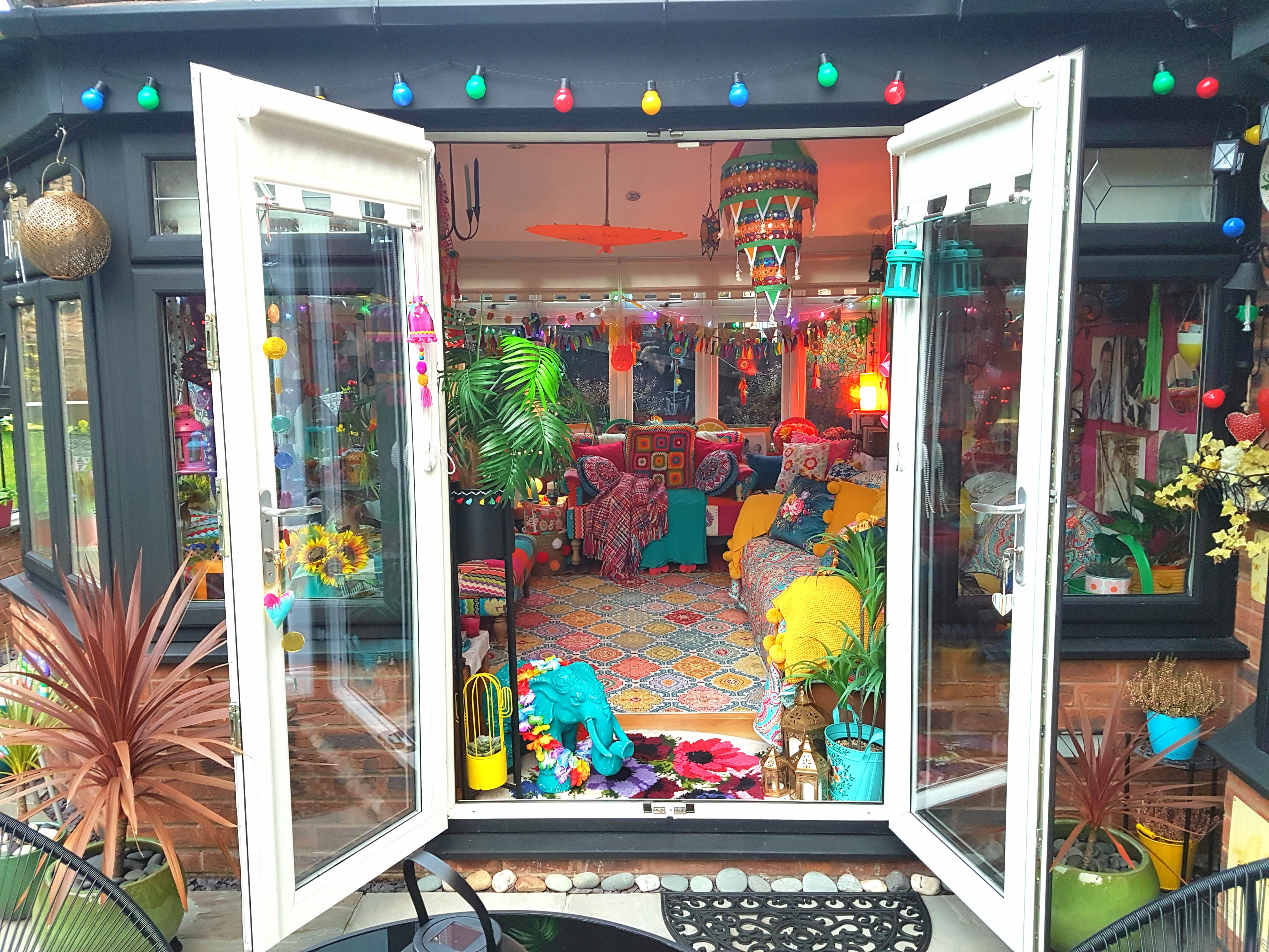 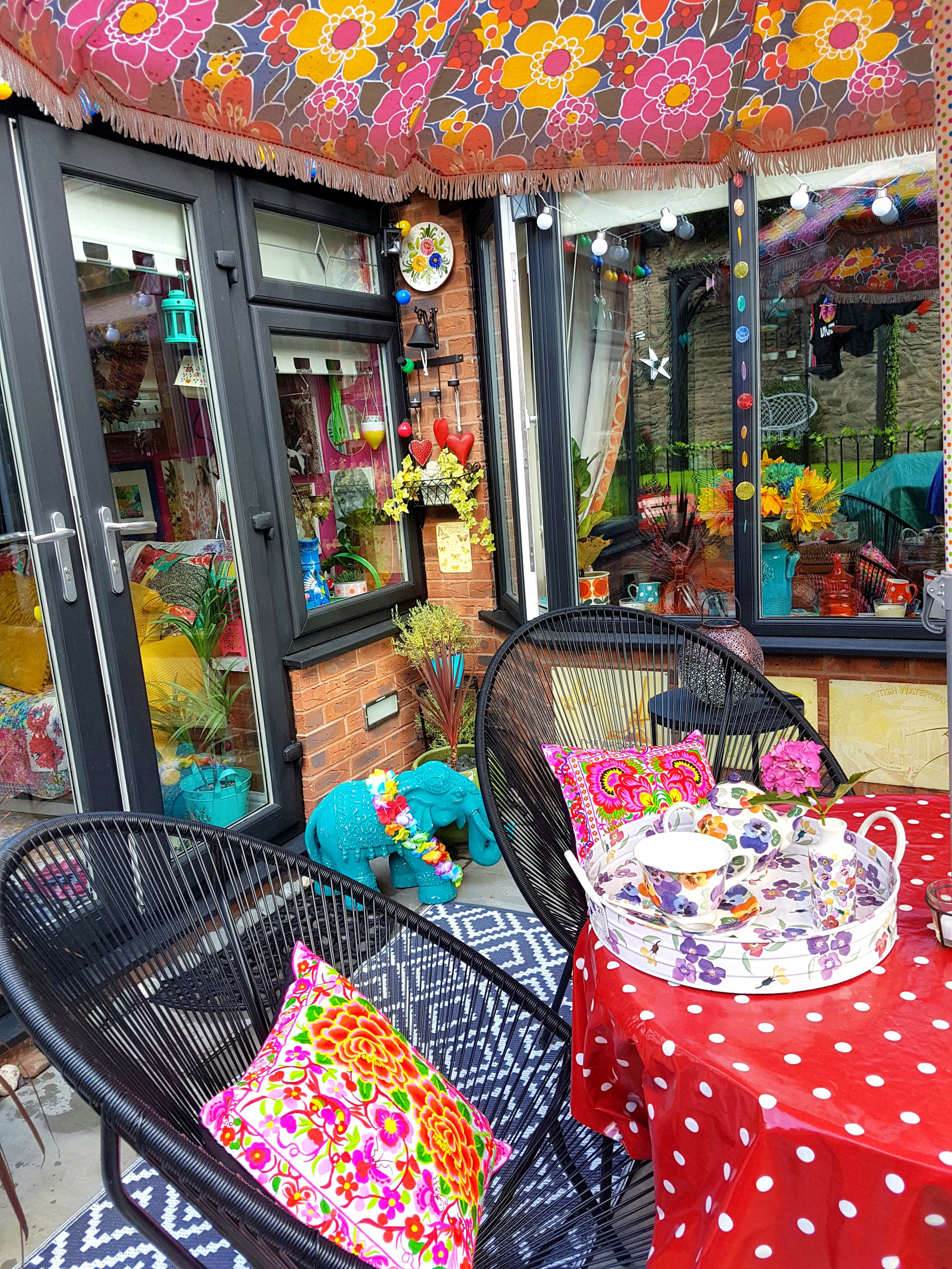 Adele has now taken on many incredible projects in her ever evolving house.

She's repainted an old drinks cart, dyed some of her grandmother’s old dining cloths, applied faux Moroccan tile stickers to her fireplace and tracking down vintage and second-hand items to add to her collections.

Thanks to her continuing to look for new ideas she came across a Sussex based artist who used the unusual combination of orange and teal, Adele transformed her living based around this simple spark of inspiration. 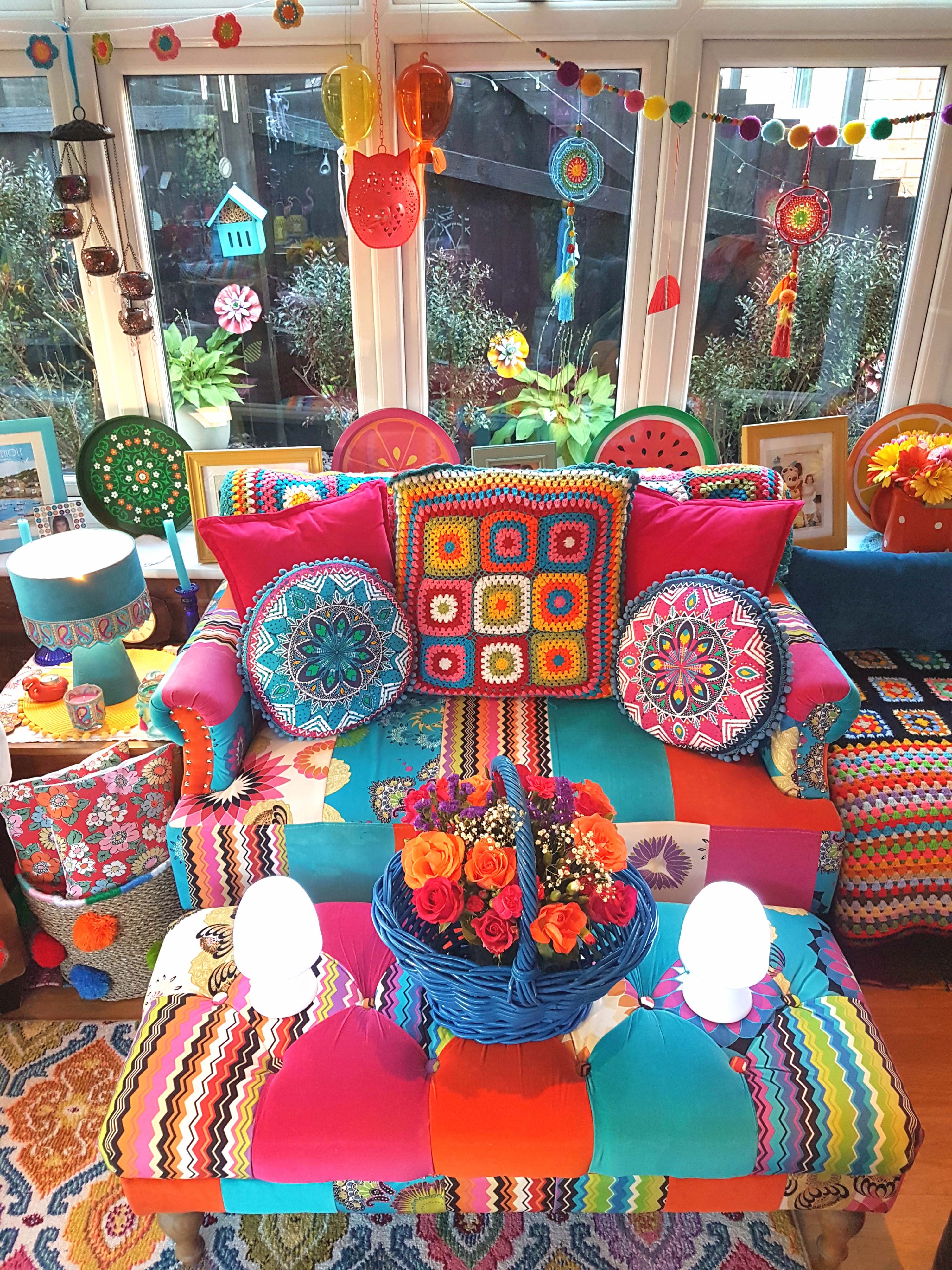 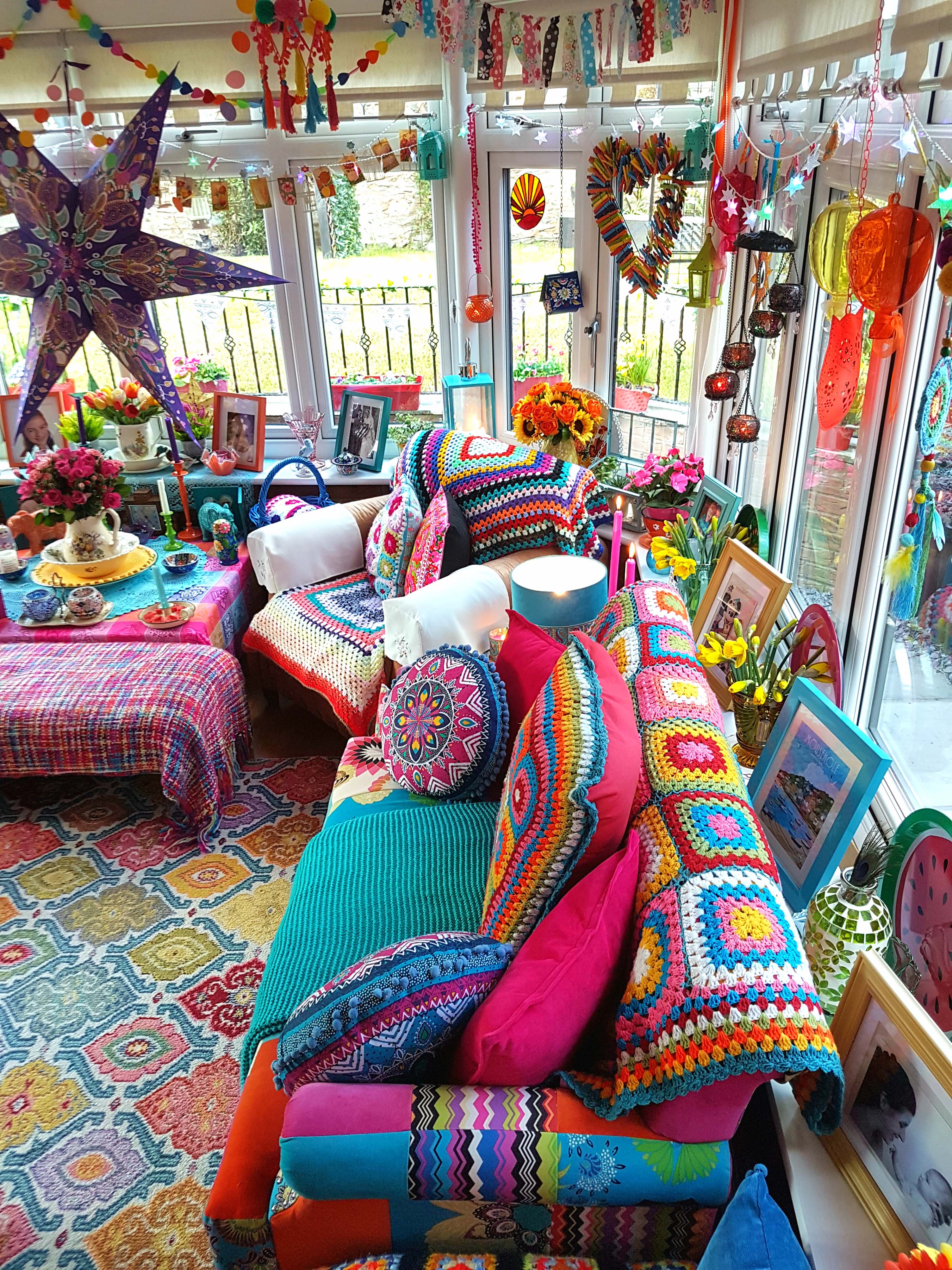 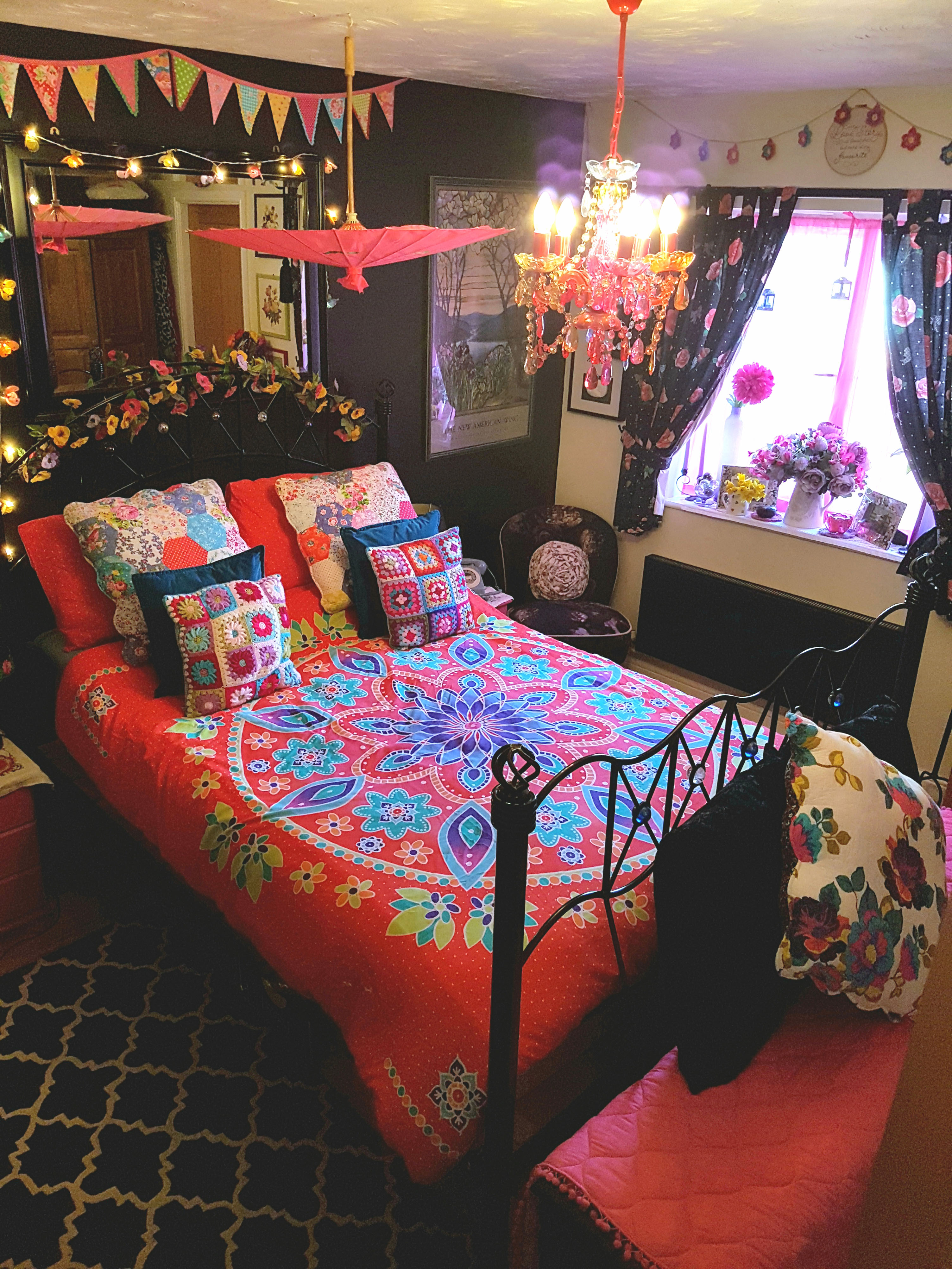 She said: “I think colours that are pleasing to the eye are important to have – particularly the lounge with teal and orange, as we have a lot of bad weather here, I wanted something warm and cosy.

“It just makes it more homely and not just a cream or magnolia box. Colours I feel drawn to are what I go for. 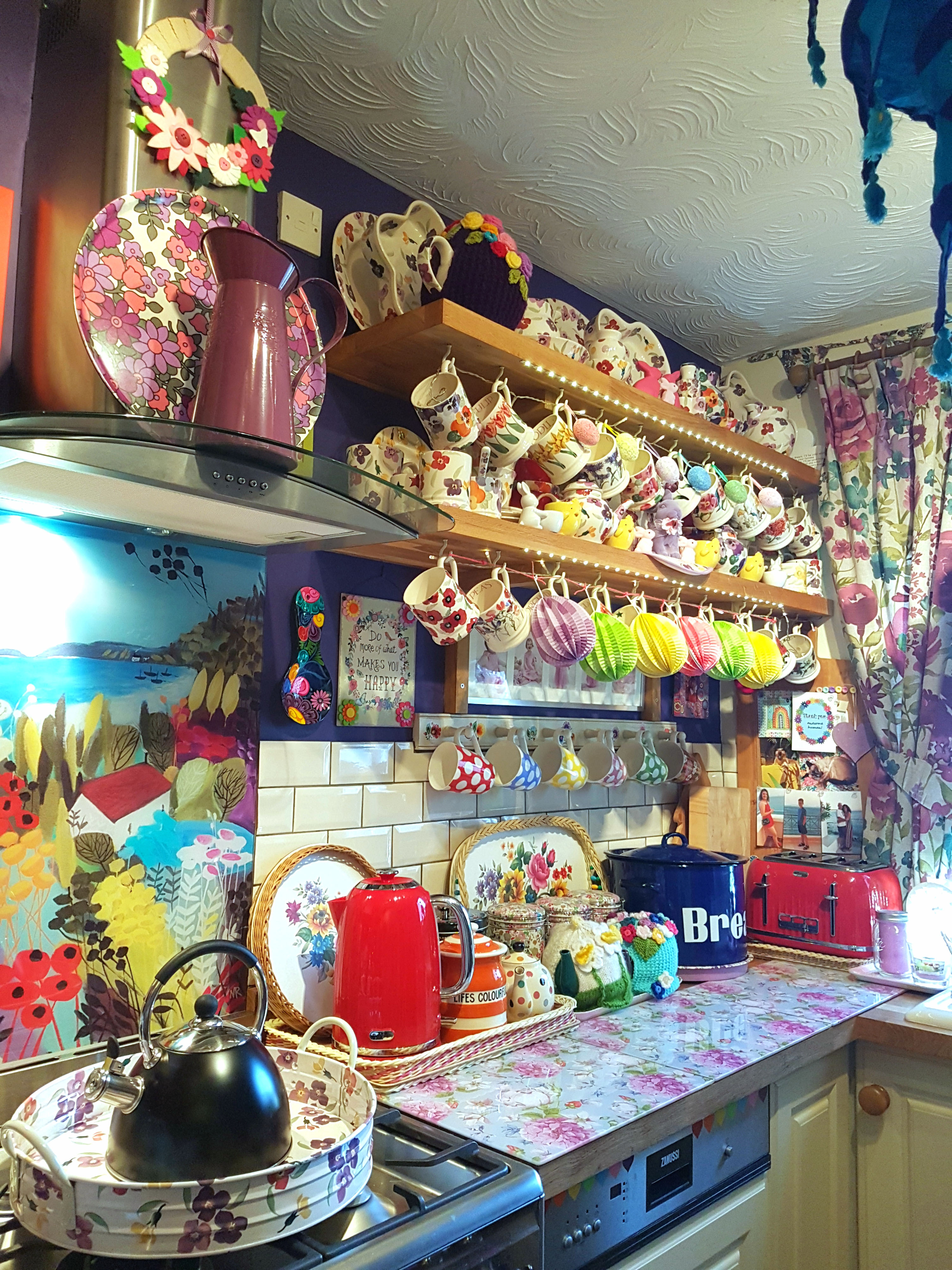 “My mum was also a colour consultant for many years as well, I learnt a lot from her but it's usually more linked to what you wear. 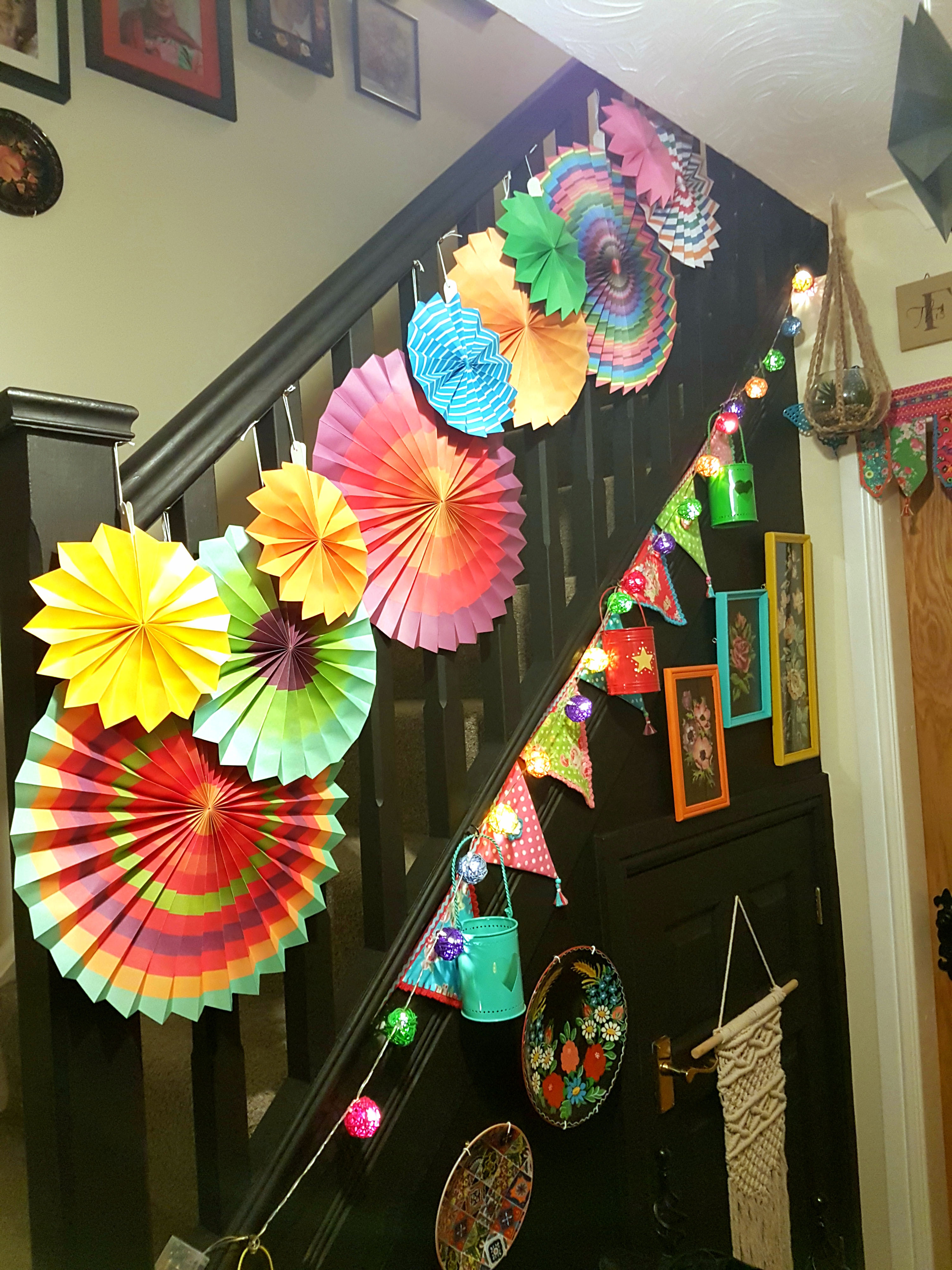 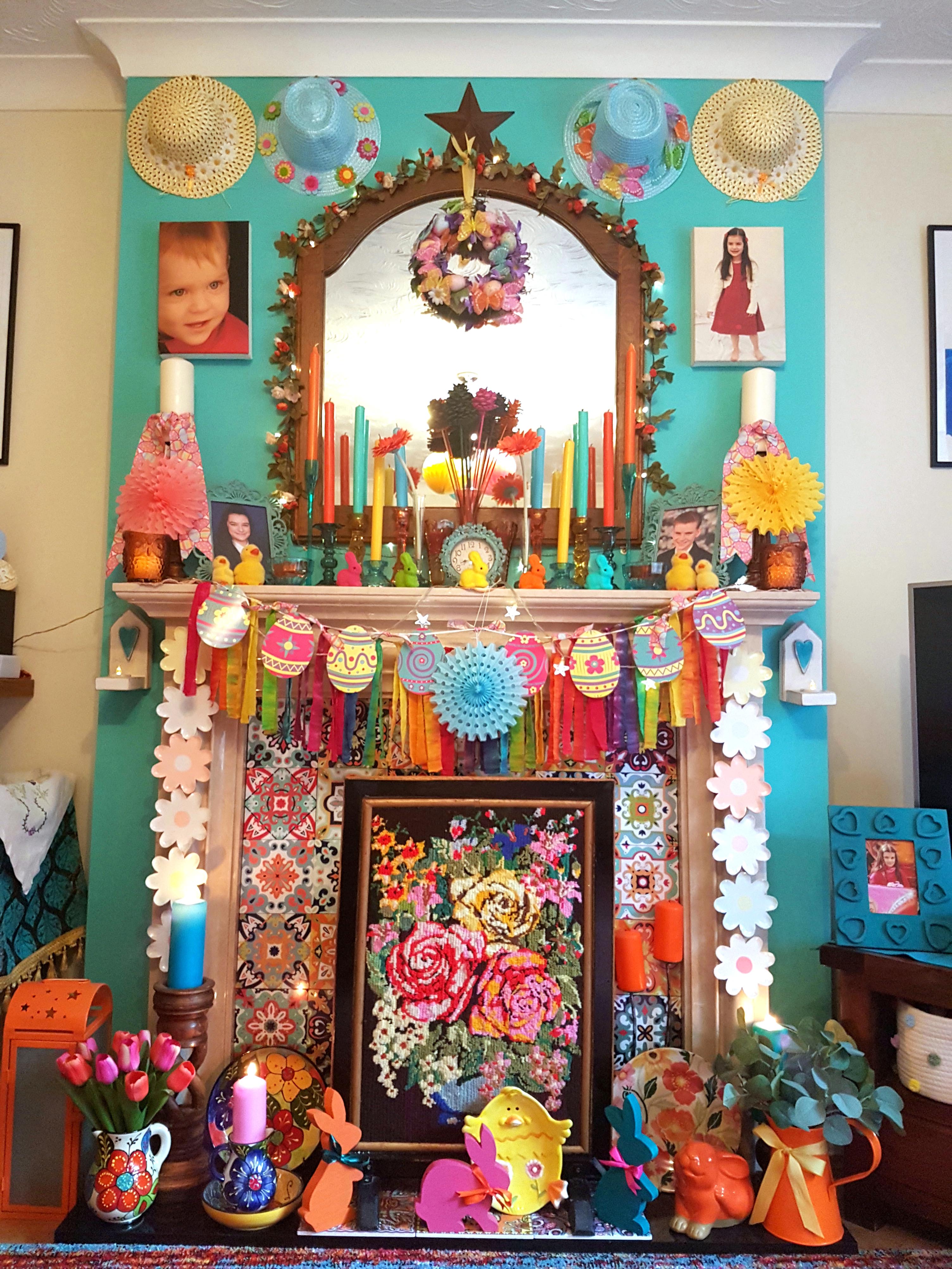 “So, I tend to be drawn to colours that I’d typically wear, not the lounge so much but teal does suit everybody and mixes with most colours. It always helped with my look.”

Some people have been so confused by the unlikely interiors that they've mistaken Adele's home for a shop.

Adele said: “One person I sold a rug to on Facebook, when she came over she said she thought she was in the wrong place because it's such a modern estate but in the pictures, it looks so old. Inside though she said it was like stepping into another world.

“She came in and asked to have a look at the room it was in, as it looked so lovely but I ended up nearly giving her a house tour and she tried to buy more things – I said to her, ‘it's actually not a shop, so many people do ask but I tell them it's my home!’”

For more inspiration, this woman sold her house to refurb an 8-bed CHURCH on a budget – now she's made £380k on it and has done most of the work herself.

And how Stacey Solomon transformed baby Rex’s bedroom on a budget .

Plus we revealed how to transform each room of your home for under £20 with a few simple tips – and you don’t need any DIY skills.